Streets Is Watching! 10 Rappers with Streets Named After Them 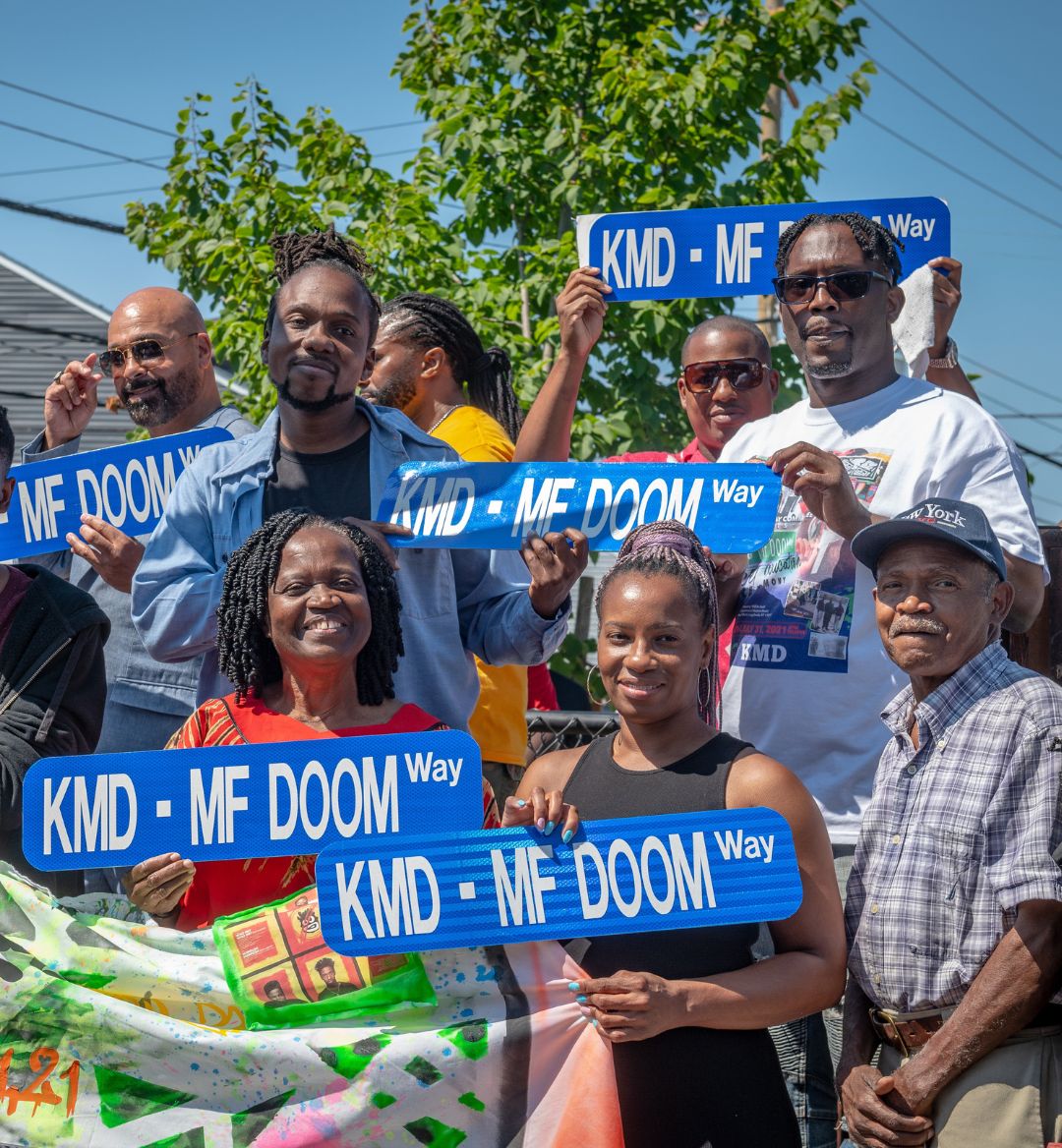 There are plenty of streets around the world that are named after famous musicians, so it shouldn’t be surprising to learn that several of those streets are named after rap stars. There are rappers that are so G.O.A.T.-ed that their names will live on long after they're gone. A number of those rappers have had streets named after them as evidence of their greatness.

In recent years, a number of rappers have had streets named after them. There aren't a ton of rappers with this exclusive accomplishment, however. Of course, this select group doesn’t consist of average rappers. Instead, they are some of the most influential and important hip-hop artists of all time. And not just because of their music, but also due to their impact outside of music.

Many people may not even realize that some of their favorite rappers have streets renamed in their honor. Having a street named after you is a huge feat and a sign of respect and recognition. It's a way for cities, towns and public officials to show support for local artists that have achieved national success. The gesture offers a permanent way to remember and celebrate an artist’s legacy. By honoring rappers in this way, the powers that be are not only acknowledging the significant impact that they have had on music and culture, but also paying tribute to the important role that they play in their community.

There's no denying that these rap stars have had a profound impact on both their local communities and the hip-hop world at large. They’ve joined the ranks of other music icons, including Prince, Michael Jackson and Tina Turner, who have had streets renamed in their honor.

Here’s a look at the hip-hop icons who have changed the game and changed the name of streets. These 10 rap stars have streets named after them.

Jam Master Jay of Run-DMC was tragically killed in 2002, but his legacy lives on. A street named after the hip hop pioneer was unveiled seven years after his passing. The street, named Run-DMC JMJ Way, is located in Hollis, Queens, not far from where the legendary DJ grew up. It's great to see that his contributions to music continue to be recognized long after his death. Hip-hop would be a very different genre today without the impact of him, Run and DMC.

Adam Yauch of the Beastie Boys

Adam Yauch of the Beastie Boys

No, Adam Yauch aka “MCA” of the world famous Beastie Boys doesn’t technically have a street named after him. He does, however, have a park named after him. The rap legend, who died of cancer in 2012 at the age of 47, was honored with the renaming of Brooklyn’s Palmetto Playground. The park which is near his childhood home is now known as Adam Yauch Park.

Scott La Rock was one of the pioneers of hip-hop.

One of Brooklyn’s finest has a street named after him. A street corner in BK was renamed Christopher “Notorious B.I.G.” Wallace Way in honor of the late rapper, who was born and raised in the borough. The street is located near Bedford-Stuyvesant, where Biggie grew up.

Wu-Tang’s story is one of inspiration, and I was proud to commemorate their story and their contributions with the highest honor the City Council can give. #WuTangClan #WuTangClanDistrict pic.twitter.com/EBtqON3LHq

The Wu-Tang Clan is a legendary hip-hop group from Staten Island, New York. The group comprised of RZA, Method Man, Raekwon, Ghostface Killah, GZA and Inspectah Deck, has achieved a ton of success as a collective and also as solo artists. For over two decades, Wu-Tang Clan has been providing hip-hop fans with a unique and gritty sound that's influenced music for years to come. They added another notch under their belt by having a street named after them.

Shrouded in mystery, even in the afterlife, the enigmatic rap veteran MF DOOM became a legend as a result of his music and impact. The masked rapper had been a mainstay on the underground circuit since the 1990s. The rapper born Daniel Dumile had a street named after him in Long Beach, NY, where he once resided.

Big L came up on New York’s underground scene as a battle rapper in the 1990s. He was also a member of a short-lived rap crew called Children of the Corn that featured Mase and Cam’ron. The underground king was immortalized when the Harlem street of 140th Street and Lenox Avenue became Lamont ‘Big L’ Coleman Way.

UPDATE: It's happening!@MissyElliott Blvd. is coming to Portsmouth.

Missy Elliott is a music legend, and she will soon have a street named after her. The Grammy-winning rapper, singer and producer will be honored by the City of Portsmouth, Virginia with the dedication of Missy Elliott Boulevard. This is just the latest achievement in an incredible career for Elliott. The Virginia native expressed gratitude for the honor on Twitter, letting her followers know that she’s simply, "GRATEFUL."