Russ' "Handsomer" Remix Has Quite The Story Behind It 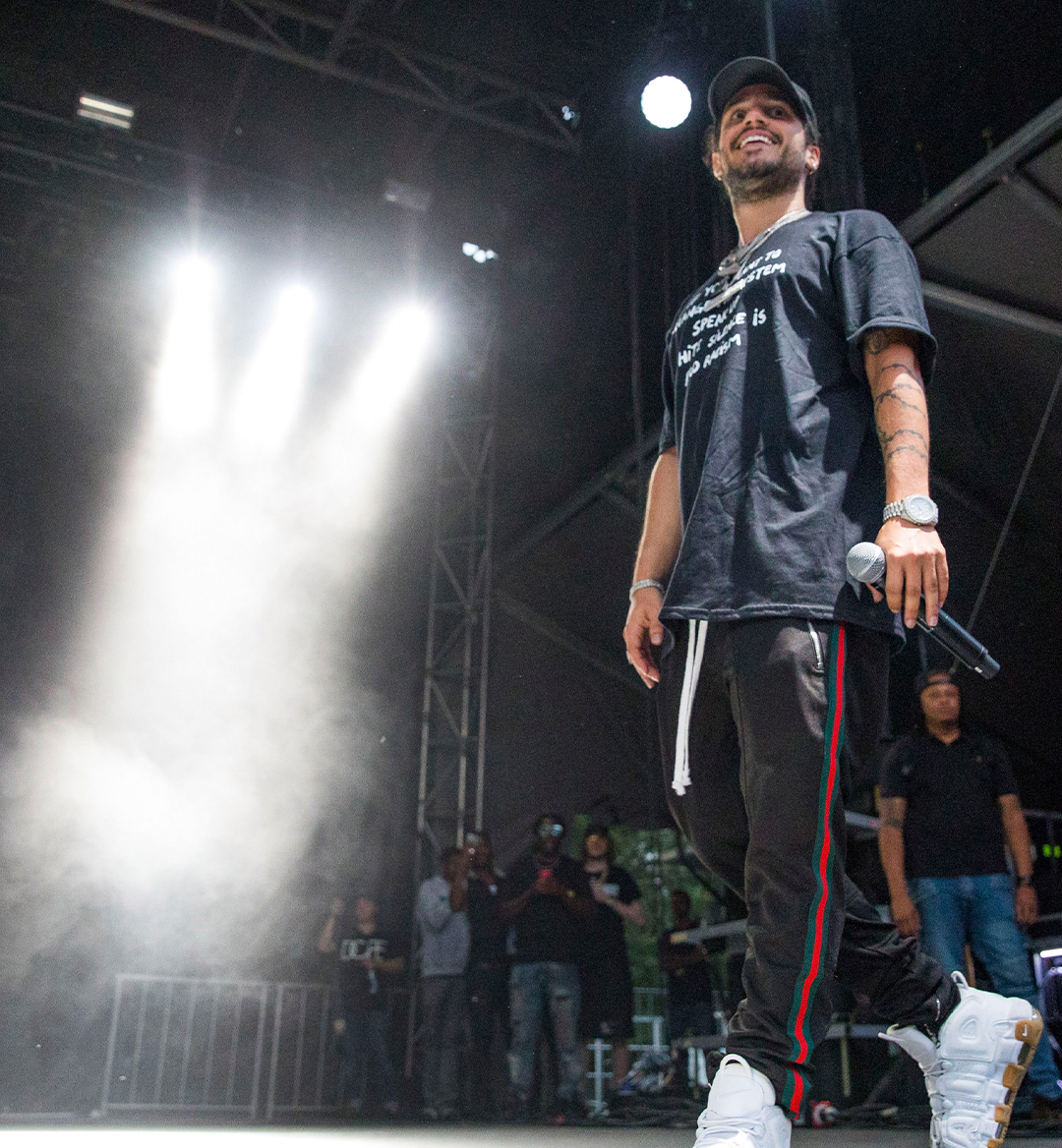 At the start of February, Russ dropped a new single, called "Handsomer." After releasing the song, he put an open verse challenge up on TikTok, and said he was looking for a feature for the remix.

Russ has built a reputation for getting crafty with his social media presence and using that presence to build leverage. From collaborating with upcoming artists like KidSuper's @foda.farm on his cover art, to using IG engagement to strategize song releases, Russ has his finger on the pulse of his career and the world around him. This latest drop highlights the same notable aspect of Russ's career, but this time, he leveraged TikTok to make major noise in the music world.

Ktlyn, a female rapper from San Diego, decided to give it her best shot. As her rapidly-growing fanbase has found out for themselves, Ktlyn is ridiculously talented. Her video for the "Handsomer" challenge quickly became the top response to Russ' video, and is currently at 23M views and 3M likes. Russ selected Ktlyn's verse to be on the official remix, and within the first week of its release, the remix started charting on Billboard and Spotify.

This single is a preview of a trend that will continue to grow in prevalence as TikTok expands: the duet remix. As artists are getting more acquainted with the platform, it's starting to find a place in their art. Russ has been actively contributing on TikTok, and in return, he found himself charting yet again, thanks to Ktlyn and the TikTok users who drove this hype.

While many artists have shown reluctance to being present on the platform, here's a golden example of why it's the place to be. Russ could've asked an established artist for a feature, but by including the audience in the process, he managed to land a perfectly fitting feature and some of the best promotion possible. This simple yet effective tactic got Russ and Ktlyn on the Billboard charts. That says a lot about TikTok, and what the future holds for artists on the platform. It doesn't matter if you're an already-established act like Russ, or an up-and-coming act like Ktlyn.

Although she'd already been gaining traction prior, this official remix has launched Ktlyn even further in her career. What started as a shot in the dark has evolved into an unforgettable moment for Ktlyn, Russ, and all of their fans.