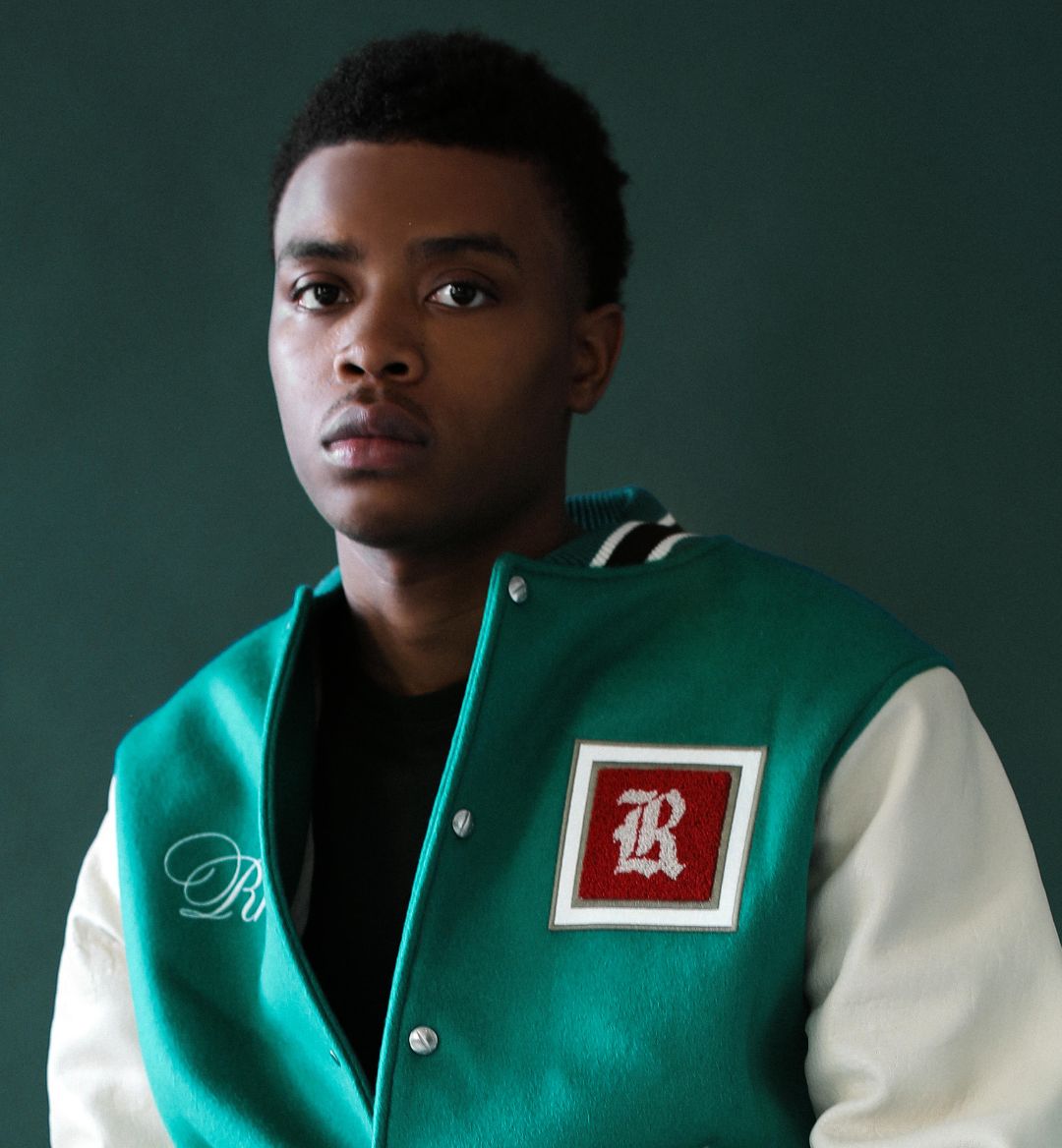 COVID-19 impacted the lives and livelihoods of millions and millions of humans. While the effects of the global pandemic were just about inescapable, it did impact people in different ways. For Sha Ek, it gave him the time to pick up a new hobby: rap. More specifically, the 19-year-old Bronx native began tapping into drill music. After displaying his aggressive and high energy flows on a few tracks, he went viral with bangers like 2020’s “D&D” and has continued to live up to the hype from there.

Coming out of New York City, where there are far too many self-proclaimed G.O.A.T.s or kings, Sha EK would rather be known as a forefather of Bronx drill. “If I never thought of doing music, there would not be no Bronx drill,” he says confidently.

With one of the loudest voices in the emerging subgenre of hip-hop, he is confident enough to allow his fans to dictate what he’s the face of. This led him to naming his debut project, Face of What. The 17-track project, which dropped last week, features the singles “New Opps” and “We Droppin’” and appearances from SleazyWorld and PGF Nuk. Face of What, which also happens to be his first project under his recently announced deal with Warner Records, made headlines upon its release as a result of an unauthorized verse from Kodak Black that was initially slated to appear on it.

During the week of the release of his debut, Sha Ek, who will touch the Rolling Loud stage later this month, chatted with ONE37pm about the inspirations behind Face of What, being inspired by Lil TJay and being at the forefront of Bronx drill.

ONE37pm: What inspired your name?

Sha Ek: I ain't want to tell people my real name, so I just put “Sha”. Then I put the “Ek” for everything K, so then it just went together.

ONE37pm: How did growing up in the South Bronx influence you as an artist?

ONE37pm: You have an aggressive, high energy flow. What artists would you say had an impact on how you rap?

ONE37pm: You grew up knowing Lil TJay. Did seeing the success he had play any role in making you to take rap serious?

Sha Ek: That’s a fact, because I already knew where my son came from, so I knew it could be real.

ONE37pm: You started taking rap serious during the COVID-19 pandemic. You’ve said it was partially because you were bored, but beyond that, what made you start rapping?

Sha Ek: It was time. My life, my situation— I just wanted to win, so that's what really inspired me. And then I was going to school and I was getting left back, so I just knew that something had to happen. Also, seeing everybody go up and seeing that it's a different way. All this shit inspired me, like it gave me fuel to go crazy. I see where everybody came from, so I know this shit is different.

ONE37pm: Why do you think your track “D&D” was one of your breakthrough records?

ONE37pm: You mentioned TikTok. You're also super active on Triller. Both platforms have been helpful for you getting your music out to a larger audience.

Sha Ek: That helped me a lot, because at the time when we couldn’t pay for videos, we could do Trillers and everybody could see our shit.

ONE37pm: Why did you name your debut project Face of What?

Sha Ek: Because I want the fans to say what I'm the face of, whether that’s New York or the Bronx or whatever, you heard?

ONE37pm: What is it about you that makes you one of the faces of the Bronx?

Sha Ek: I stand out and I started it, you heard? I started it. I was the first one from the Bronx that thought this shit could happen. And the whole Bronx followed my wave. Certain people got signed and changed their lives, because I thought that way. If I never thought of doing music there would not be no Bronx drill. So that's what really separates me from everybody. I'm the first.

Sha Ek: That's a fact. The fans know. That's why I love my fans. They know what's going on in the world. That's what I'm trying to say.

ONE37pm: What were some of the inspirations behind Face of What?

Sha Ek: Me being in a bad deal before I got signed, people talking shit— all that shit motivated me to make my tape.

ONE37pm: What would you say is your favorite track off of the project?

Sha Ek: “Who Punchin’”. I was just talking facts on there. Everything facts. That shit crazy right there. I ain't like that song at first. But when I heard it again I fucked with it.

ONE37pm: Bronx drill has been kind of at the forefront of incorporating samples and shit into the drill scene. Were you involved in picking some of the samples on Face of What?

Sha Ek: I just get the beat and do my thing.

Sha Ek: That’s a fact, but I don't really like doing samples. I like getting all the bread [laughs].

Sha Ek: I could drop music whenever I want. That’s a fact.

ONE37pm: Do you see yourself sort of stepping outside of drill music as you evolve as an artist?

Sha Ek: I do everything. Autotune, drill— y’all are going to hear mad new shit from me. But the drill is always going to be there though.

ONE37pm: What do you think is the biggest misconception attached to drill music?

Sha Ek: That it’s all bad. They say it's bad. They feel like it should get banned, because of what we be saying. But mad things been happening in the streets before drill music came about.