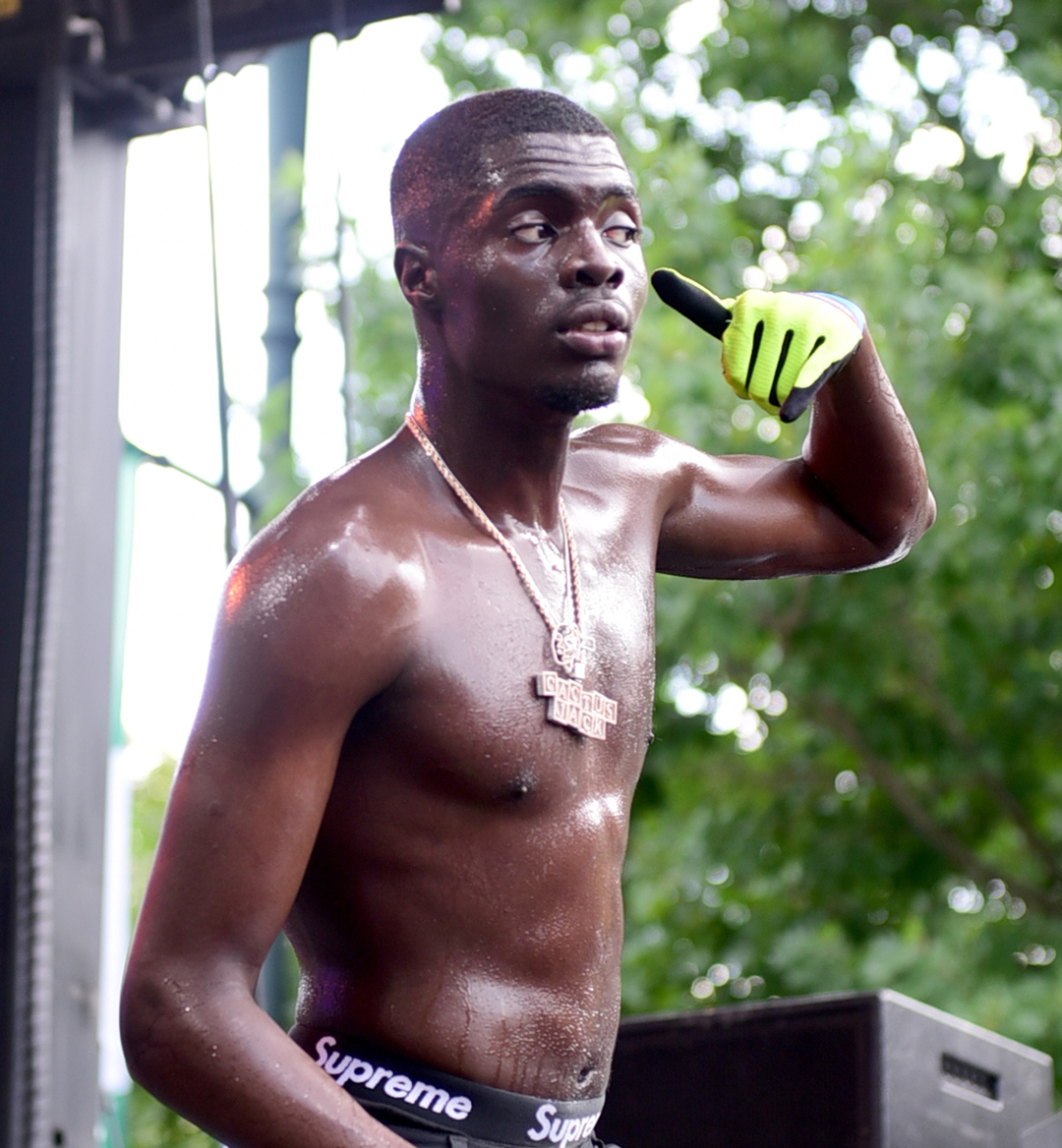 Sheck Wes, a 20-year-old rapper from Harlem, New York, has the music industry in a frenzy with his Billboard top 20 hit “Mo Bamba." The song—inspired by his childhood friend and Orlando Magic NBA rookie center Mohamed Bamba—has critics christening Wes the next superstar emcee to come out of Harlem. But Wes is hoping to be something bigger than his track "Mo Bamba." He is here to let his swagger, energetic presence and lyrical skills cement his place as one of hip-hop’s fastest rising stars. His debut LP, Mudboy, has fans asking for more from the young lyricist. Sheck Wes wants to prove to critics that he’s more than a new school trap music artist. He wants to spin a new thread in hip-hop with his head-bopping beats.

In an interview with Pitchfork this past July, he laid out his plans to be the first person to win both the Nobel Peace Prize and a Grammy, all while becoming an NBA-caliber basketball player. It’s a goal that seems impossible to achieve. But when you hear Wes’s energy on Mudboy, you feel optimistic that he could be the first—and only—person capable of accomplishing something like that.

Coming from a family of Senegalese Muslims, Wes split time between his parent's homes in Milwaukee and New York City. Wes sold drugs and shoplifted until, eventually, his mother kicked him out of the house. She decided to send him to their native homeland of Senegal, Africa, in June of 2016 to be with family and acclimate to a completely different culture. In an interview with Pigeons and Planes, Wes says that the trip helped him discover his purpose in life. “I finally got my why, I always used to search for a why to explain why I’m doing what I’m doing,” he said. “Then I went to Africa and I was like, ‘Man I gotta do this shit for these people.’ This is my why and that's a big enough why. It's meaningful. Everybody has to find their why.” 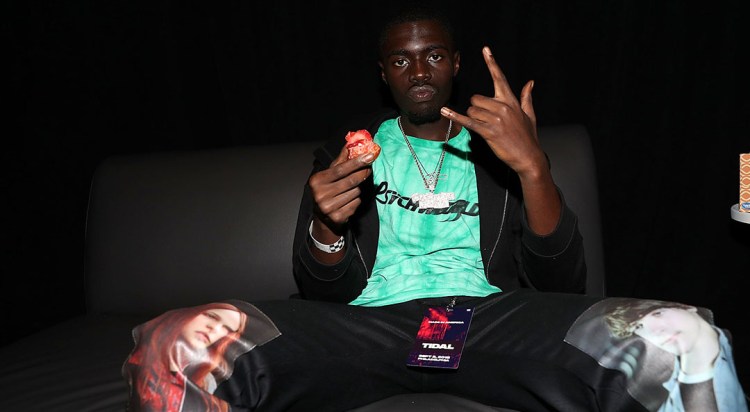 Arriving back in New York City five months after his trek to Senegal, Wes emerged as a basketball prospect and was heavily involved in the local AAU circuit. At one point, he was even ranked as one of the top high school players in the city. Unable to afford out of town AAU trips, he peddled candy. He told Pigeons and Planes that every week he would sell snacks in his high school, making enough in profits to afford the travel allowances needed to stay afloat during his AAU career. But that trajectory changed when he got an unexpected invitation.

Wes was asked to model for Kanye West’s Yeezy Season 3 fashion show and, seizing a rare opportunity, he skipped his school’s playoff basketball game and appeared in the show. Even though a pivot to modeling effectively ended his basketball ambitions, this decision turned out to be a good one. Modeling agencies were calling left and right inquiring about Wes. His wiry, 6’2” frame has made his Instagram presence pop off. The followers were piling up. It quickly became a base to which Wes was able to hawk his music—a crowd heavily influenced by mosh-pit-like trap music. He began publishing tracks on his SoundCloud page. Though some songs were scrubbed from the page, Wes initially took the "quality over quantity" route, which helped him snag the attention of Yeezy and Travis Scott. This led to Wes signing with the Houston rapper’s label, Cactus Jack.

The newfound fashion celebrity built a lane to showcase his talent—rhymes on beats he coined as “bipolar music.” Wes explained that his sound often makes fans feel hyper and turnt up, while simultaneously exploring dark and melancholic subject matter.

His debut, Mudboy, showcases a variety of catchy lyrics on heavy bass-filled beats infused with moody, melodic piano tunes. Wes made listeners walk a mile in his shoes and feel the range of emotions he goes through on hard-hitting tracks such as “Kyrie,” “Live Sheck Wes” and “Gmail.”

On the song "Kyrie," Wes introduced the "ball is life" mentality he once lived growing up playing competitive basketball. “You know I’m the bomb ball like I’m on TNT/ Huh, Jayson Tatum, rookie, how I’m ballin in the sleeve," shouts Wes, floating high on his own energy. His lyrical skills are on full display as he compares his baller lifestyle to the young Boston Celtics phenom Jayson Tatum, someone whose ascent Wes can relate to. In his playing days, Wes was a playmaking guard who was willing to leave it all out on the court, just like he does in his music.

Wes introduced his versatility in his music by showing fans his vulnerable side. He rapped about the days he used to get in fights with his teachers—one of the developments that led to his African sabbatical—in the song “WESPN.” On this track, Wes raps, “I turned all my doubters, into my believers/ Arguin' my damn ma/ Fightin' with my teachers.” It’s a simple refrain, but you can feel Wes’s passion on this gritty bass track produced by YungLunchBox. 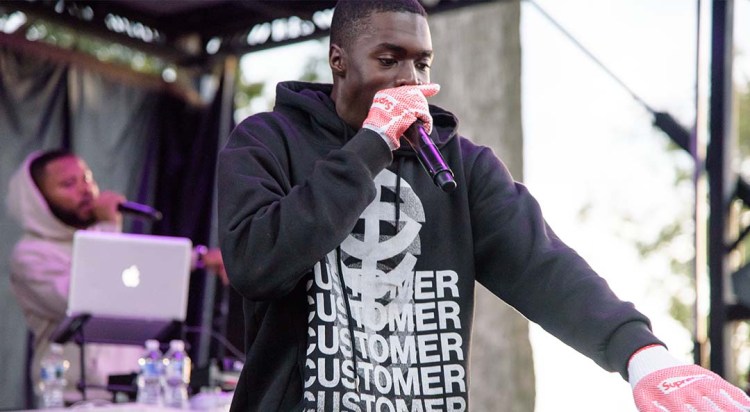 Kyle Gustafson / For The Washington Post via Getty Images

Mudboy introduces a forceful way of storytelling through trap beats. You can tell through the zeal, the desire in his voice: The young emcee gave it his all on every single verse, living up to the definition of “bipolar music.” With “Mo Bamba” charting at No. 18 on the U.S. Hot Hip-Hop & R&B chart and its respective video clocking over 24 million views on YouTube, Sheck Wes is ready to become a rule-defining, hit-making force to be reckoned with. It's he who is pushing the envelope on what NYC hip-hop should sound like.

He’s not the first emcee to come out of Harlem. Cam’ron—the leader of the legendary rap group The Diplomats—once did it with his lyrical craftsmanship. A$AP Rocky, too, was able to reintroduce and redefine swagger in pop culture. But now it’s Sheck Wes’s turn. Is the energetic do-it-all emcee ready to slam dunk for all up-and-coming hooping rappers worldwide? So far, he’s on the right track, primed to leave his own muddy imprint on hip-hop.