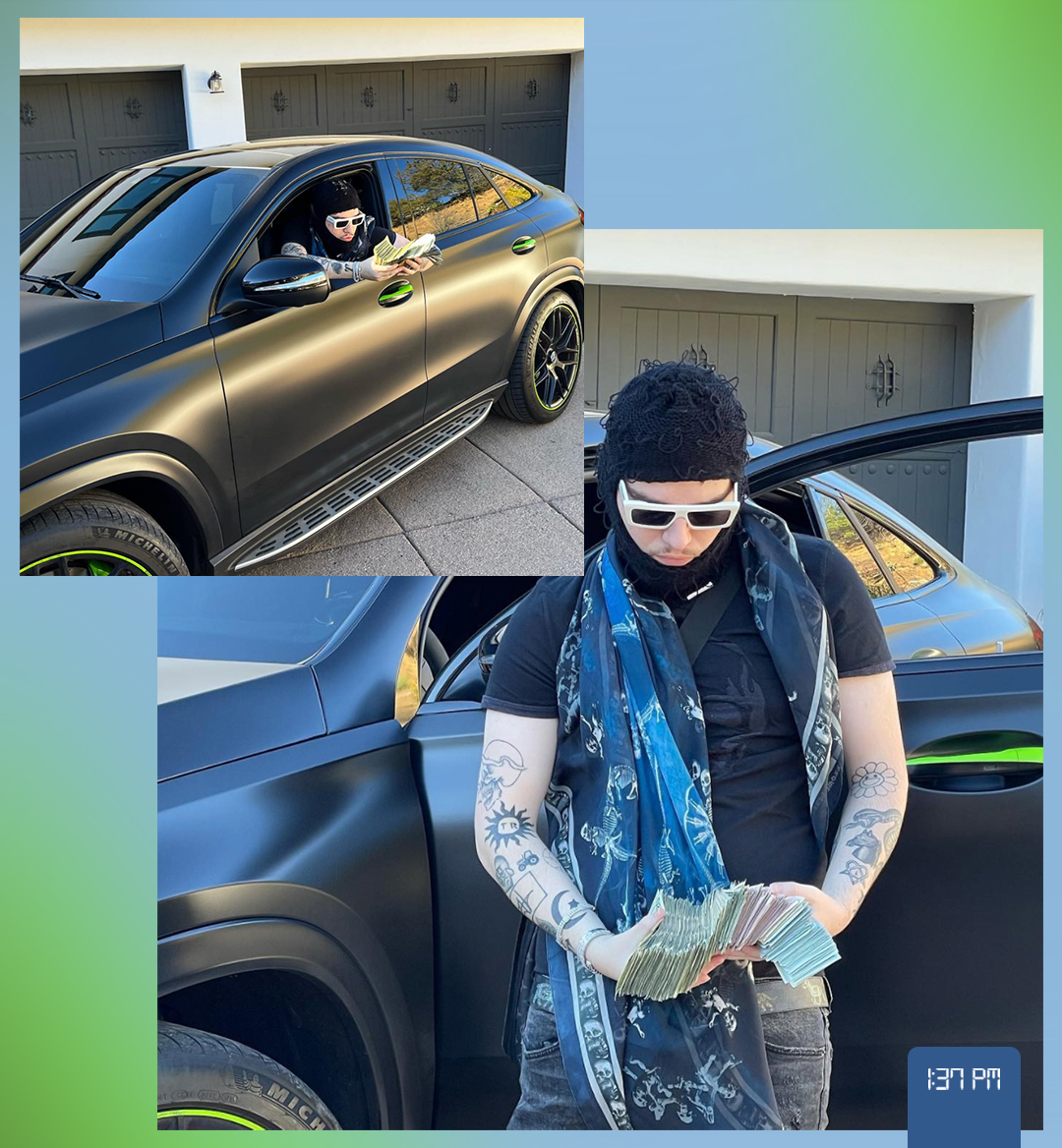 Everybody can acknowledge 2021 was a crazy year, but it was especially so for the newly-established rap phenom Yeat. After years of putting in work, building brick by brick, Yeat has come up in the most graceful way. Let’s face it: once a rapper gets a Drake co-sign and a Cole Bennett-directed video, it’s pretty safe to say that they’re gonna be around for a while. Yeat not only came up, but he introduced a fresh sound into the Hip-Hop space that’s reminiscent of hyperpop and YSL Atlanta rap. Simply put, Yeat's on fire right now. His February show at the Roxy in LA was canceled due to overcrowding; the venue sold more tickets than capacity, and LAPD had to shut it down!

Yeat’s latest release is his album ‘2 Alivë’, and it’s the perfect twenty-song intro to the rapper’s sound and aesthetic. The project features five wisely selected features: Young Thug, Gunna, Yung Kayo, Ken Car$on, and SeptembersRich. ‘2 Alivë’ was released through Geffen Records and Field Trip Recordings, which is a label founded by Zack Bia. Bia has become a star himself over the last few years, and the timing of his business collaboration with Yeat is perfectly timed. Yeat’s success is a textbook example of hard work and innovation paying off, however his manager Lil Nextel was an integral part of his success. The two have been working together for years, and the success they’ve seen over the past 6 months in particular is no coincidence.

A huge point of emphasis of Yeat’s music and this latest drop is his production. The producers he works with are some of the most renowned beatmakers in the world. Some of the nearly 30 producers who contributed to this project include Yeat’s go-to collaborator Trgc, Earl on the Beat, GeoGotBands, ninetyniiine, Supah Mario, F1lthy (Working on Dying), Synthetic, BenjiCold, and Dream Awake.

Yeat has emerged as one of the most prominent names in Hip-Hop, topping charts, breaking records, and adding a brand new flavor to the genre as he does it. Take a listen to ‘2 Alivë’ for yourself in the link below!