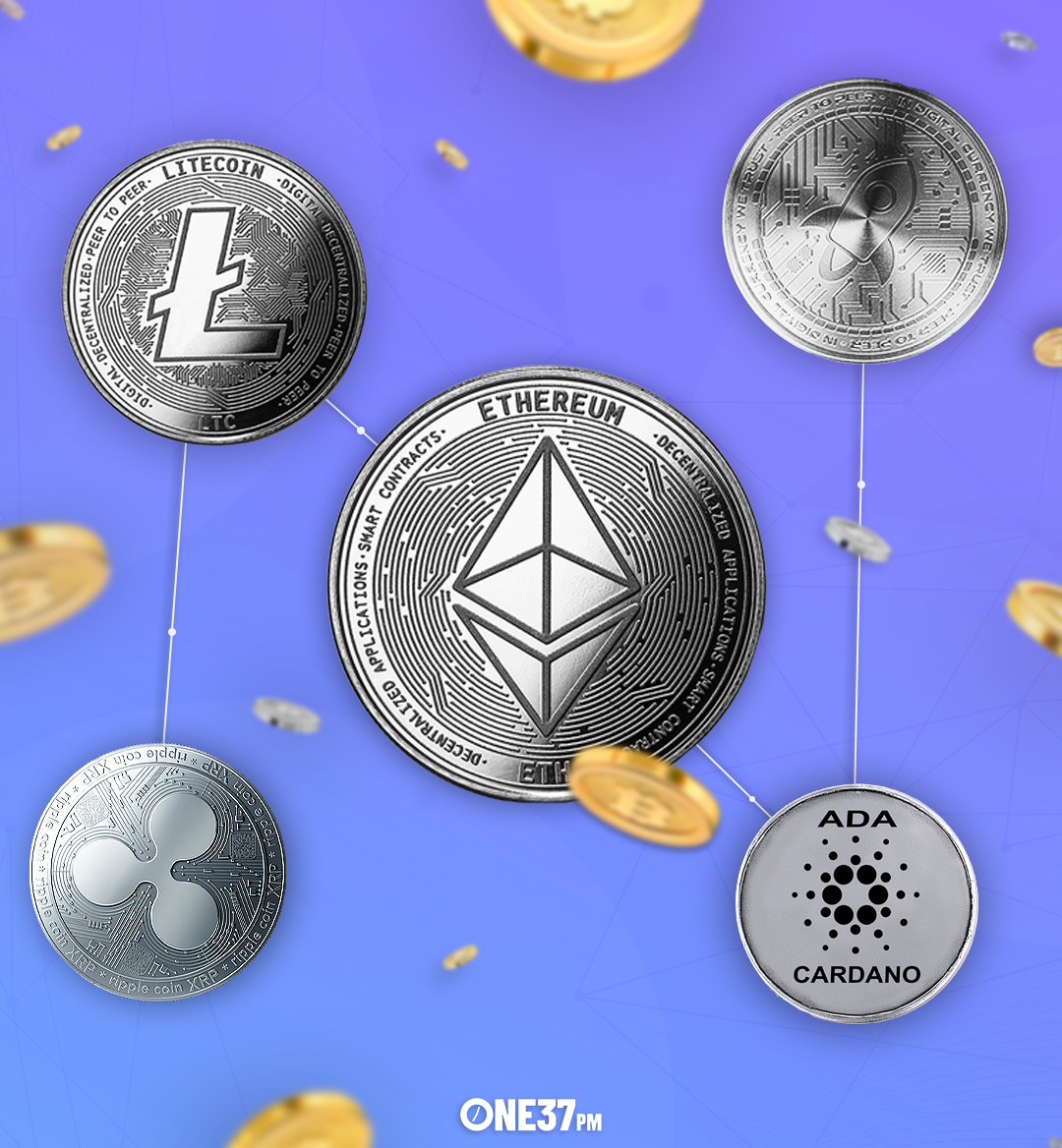 Editor's Note: This article is not intended to be formal financial advice. Always do your own research before investing. Litecoin has been removed and the list now has 14 altcoins.

An ‘altcoin’ is any coin other than Bitcoin. Why is BTC the crypto-standard? Because it was the first cryptocurrency ever created. So, every coin made after BTC can be dubbed an altcoin.

That seems weird, but when you consider the market cap of Bitcoin versus other coins, it makes sense why it is an outlier. Ethereum, for example, has the second-largest market cap, and it’s about ⅕ of Bitcoin. Why the need for altcoins? Well, Bitcoin is really powerful, but it has its restrictions. A valuable blockchain is created when it can offer something new to the market, just like anything else. A coin needs real world applications in order to succeed.

Let’s start with the natural first-choice for altcoin enthusiasts: Ethereum.

Ethereum is a decentralized software platform that enables Smart Contracts and Decentralized apps (DApps). Their technology allows for the creation of fresh, innovative financial instruments without the need for a middle man. Plus, it’s safe and compliant.

The goal of Ethereum is to make financial products more accessible for everyone. In areas without reliable banking services, users can run Ethereum products to access loans, mortgages, payment platforms, etc.

Similar to Ethereum, Cardano is popular because it enables financial applications and decentralized apps (dapps). ADA’s value exploded last year, starting as a fraction of a penny then jumping to nearly ten cents a pop.

Cardano is currently the fourth largest crypto in market cap. As another part of its value add, Cardano validates transactions with low-energy costs.

The sixth-largest crypto, Ripple, is based on the XRP Ledger.

XRP is not based on blockchain, but rather an open-source distributed ledger database. The coin had obvious market appeal before facing serious regulatory issues. According to Financial News Herald, the token price is down more than 60% since Dec. 22 last year when the SEC filed its complaint against Ripple.

The coin is still worth mentioning. If Ripple is somehow able to Lamar Jackson-scramble out of this ‘you are a security not a currency’ blitz from the SEC, the coin has a promising future.

Stellar is only a few years old but already lands near the top of the list. This coin is pretty similar to Ripple (it was created by Ripple’s co-founder) and has a similar goal of creating a decentralized protocol for digital to fiat transfers internationally.

Tron is an entertainment and content-sharing platform that pays when you post. Try to think of it like the anti-Facebook.

Things can get kind of confusing when you break into the deep dapp space, but put simply… Tron is at the center of the Web 3.0 movement. Web 3.0 = building an internet as it was originally intended… decentralized and open.

TRX has grown a lot over the last few years and is currently marked at about a nickel/coin.

LINK is an Ethereum spin-off. The technology was built on the ETH network and when you purchase LINK, you also support Ethereum.

LINK is the first of its kind… a decentralized oracle network that connects smart contracts with data from the real world. Purchasers seek out specific data and bidders can provide data securely to purchasers.

Tether is a stable coin. Haven’t mentioned those yet, have we?

Each tether is pegged to the US dollar, so it is considered a stable-value cryptocurrency (it doesn’t fluctuate nearly as bad). This coin is controversial though. In 2019, it one day included ‘loans to affiliate companies’ as part of its backing.

How is this controversial? Folks purchase Tether to access coins tied to a stable currency like the US dollar but still reap the benefits of blockchain tech. When Tether revealed their coin was also backed by loans to affiliate companies, people felt it was misleading.

Still, Tether is the largest stable coin and an important player in the space.Here’s one common use for fiat-collateralized stable coins: I own 1 BTC. But I think the price of BTC is about to drop by $5,000 USD tomorrow. I am going to transfer my 1 BTC to its equivalent in Tether because I know it is more stable there. When BTC returns to my desired price next week, I can easily transfer my Tether back to BTC.

As its name suggests, Dash is known for its speedy transaction rate. Once called Dark Money, this financial tool is built for cheap, quick transactions. As their website suggests, you can transact for under a cent in less than a second.

Dash is built on Bitcoin tech, but has more privacy—Dash keeps public addresses hidden. That means senders can remain anonymous. For Bitcoin, it may be difficult to trace a public address to an individual, but the entire world can see every public address.

Last but not least, Monero is an altcoin built with privacy as first priority. What makes it unique?

Some argue that’s a bad thing (it is a breeding ground for financial crime), while others consider privacy a rare gem in the modern world. My current browser won’t even let me go on Monero’s website, to show how under-the-radar this crypto is, despite its popularity.

Solana is a top 10 cryptocurrency by market cap nearing $12 billion. The protocol is based on a proof-of-history consensus algorithm. It is designed to be fast and scalable, able to process 65,000 transactions per second.

The blockchain has raised over $300 million to support its development, with prominent backers like Andreessen Horowitz and Polychain.

Solana is responsible for some popular NFT marketplaces like Magic Eden, and even launched a flagship Android phone for web3 earlier this year.

Polygon uses a variety of techniques to achieve this, including sharding, ZK-Rollups, and Optimistic Rollups. Polygon also provides an easy-to-use developer platform that makes it easy to build and deploy decentralized applications on top of the Polygon network.

The Avalanche blockchain is a decentralized platform that enables users to create, manage, and trade digital assets in a secure and efficient manner. The platform is based on a novel consensus algorithm that is designed to be highly scalable and resilient to attacks.

The Avalanche blockchain, with a $5B market cap, also features a unique governance model that allows users to vote on changes to the platform.

The Cosmos blockchain also has its own native token, called the ATOM, which is used to power the network and incentivize validators to participate in the network.

Polkadot is a Layer 1 blockchain protocol that enables horizontal and vertical scalability of blockchains. It allows for multiple blockchains to interoperate with each other, and it supports both smart contracts and decentralized applications.

Sitting at a $7B market cap, Polkadot also enables cross-chain transfers of any data or assets, including but not limited to tokens, without the need for a central intermediary.

Keep in mind, there are thousands of different alt-coins, this is just a good place to start. Every day more coins are entering the market. Some are worthless, others can change the world. Which altcoin is your favorite?