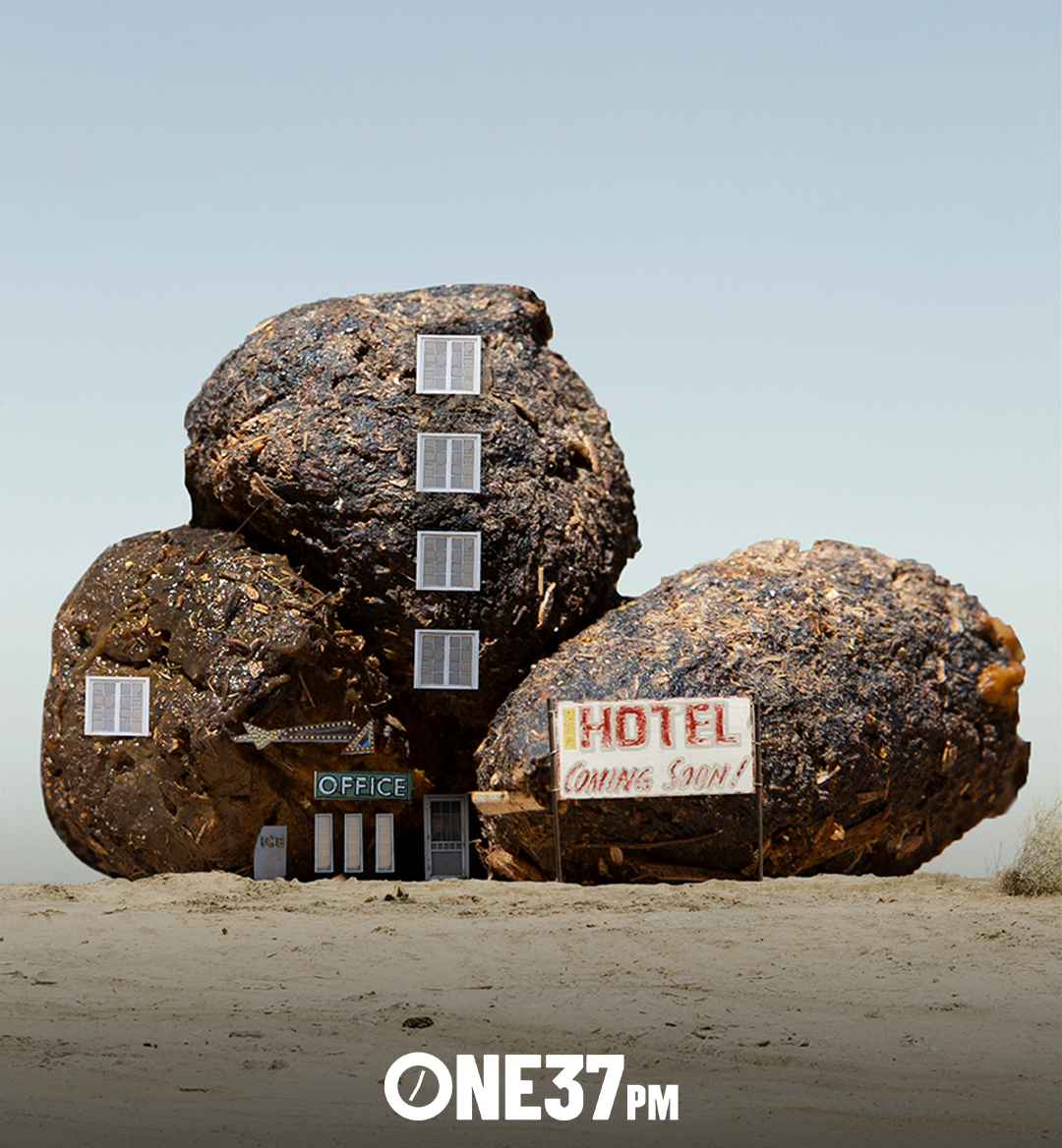 With hundreds of NFT projects cropping up nearly every day, there has to be room for parody of the space. Sometimes it seems like pieces that you wouldn't expect go on to fetch incredibly high prices on Open Sea or other marketplaces.

That's why Tom Sanders, photographer, published author and college professor, decided to convert one of his old photo projects into a tongue-in-cheek photo NFT project utilizing an unorthodox model: dog poop. ONE37pm spoke to Tom about his project, and he told us the genesis of the project took cues from Marcel Duchamp's piece, "Fountain," a porcelain urinal widely cited as a one of the early pieces in the anti-rational, anti-art cultural movement of the early 20th century in NYC. As was the case with Duchamp's piece, "Shit House" begs the question: "What is art?"

"Humor in art is so sacred, a lot of the time art is so serious. We don't often get to laugh at art," Tom told me. The first shot was taken as part of a project that Sanders completed at Cal Poly back in 2000, but the recent explosion of the NFT space encouraged him to take a few more shots and turn it into a collection. He apparently gave the original image to his dad as a joke, implying that this is what his art degree was contributing towards.

Shooting images of dog excrement is a bit different from other work, as you can imagine. "Some dog shit just doesn’t quite photograph that well, which is funny to think about," Tom joked to me. He had to really wait and cross his fingers for his furry friend to drop the most photogenic turd to get the right shot. He apparently had to spend a pretty good chunk of time scouring his lawn for just the right model. Tom is also a bit prone to nausea, telling me that he spent a lot of time "dry heaving" while trying to take the appropriate shots. Now that's commitment to your craft.

Even the prices Sanders selected for the piece have an element of humor to them. The cheapest photo on the Open Sea listing is listed for a whopping 150 ETH, or roughly $350,000 at the time of this writing. The whopping prices are intended as a bit of a commentary on the extreme financial landscape of both the NFT and crypto worlds right now. It's a jab at the "to the moon!" sort of ethos that pervades through so much of crypto culture right now.

Tom's intent is not to diminish the amazing work happening in the NFT world right now, but rather to humorously pose a question. Duchamp was asking, "What is art?", whereas Tom brings the question to the 21st century: "What are NFTs?"

Yat Siu Discusses NFTs, Passions and the Inevitable Rise of the Introvert