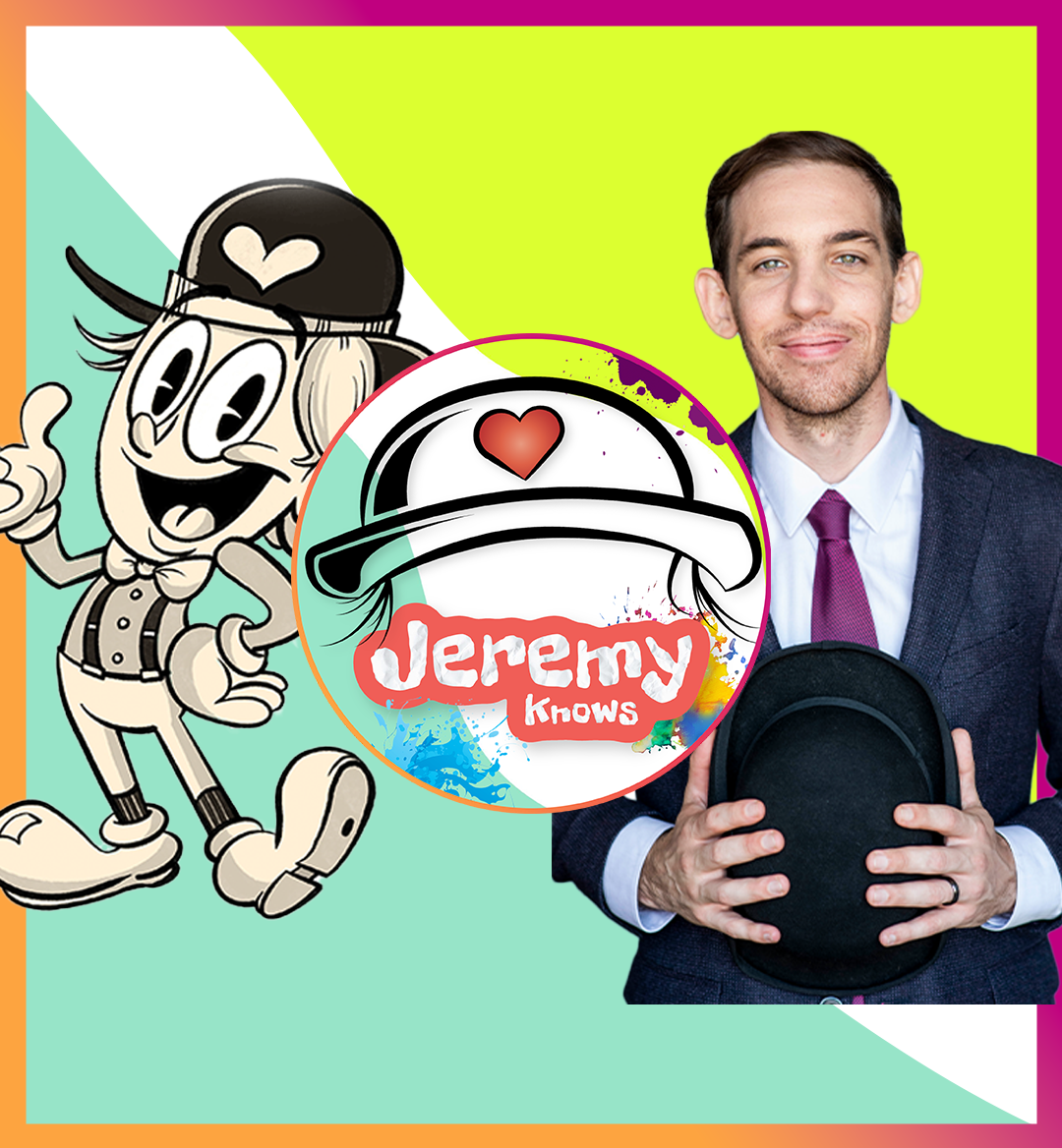 Most attention within the NFT ecosystem has been about finding the next project to flip for a profit, but what’s often overlooked are the opportunities to forge new skills, career paths and most importantly, relationships.

And one of the people who has done that very well is Jeremy Hohn, also known as JeremyKnows.

Jeremy has been consistently building a community for the last 16 months and has found himself on a completely different journey than he was even just a year ago.

We’re going to dive into what got him started in NFTs, what passion he discovered along the way, what he’s accomplished so far, and his advice for people looking to follow a similar path.

The VeeFriends Mint in May 2021 Pulls Jeremy Into NFTs

After 10 years of working as a performance artist and “hired gun” with multiple theater collectives on both coasts, COVID-19 hit New York City and theater-making everywhere was suspended indefinitely.

By the end of 2020, after the pandemic had limited his job prospects as a performing artist, Jeremy was exploring crypto by binging YouTube videos about the space and investing small amounts of money into Bitcoin and Ethereum.

To support himself financially, Jeremy pivoted to the practical skills he learned as a theater artist including photography, construction, painting, and home repairs. He also took a server job at a restaurant in April 2021.

The same week Jeremy started at the restaurant, his friend Tyler called to let him know that Gary Vaynerchuk was launching an NFT project that may be worth investigating.

That project was revealed to be VeeFriends: a fresh intellectual property designed and drawn by Gary Vaynerchuk with ambition to reach global audiences.

Jeremy saw GaryBee, Patient Panda, Rare Robot and “quickly recognized the playground for storytelling and fables that Gary was starting.” 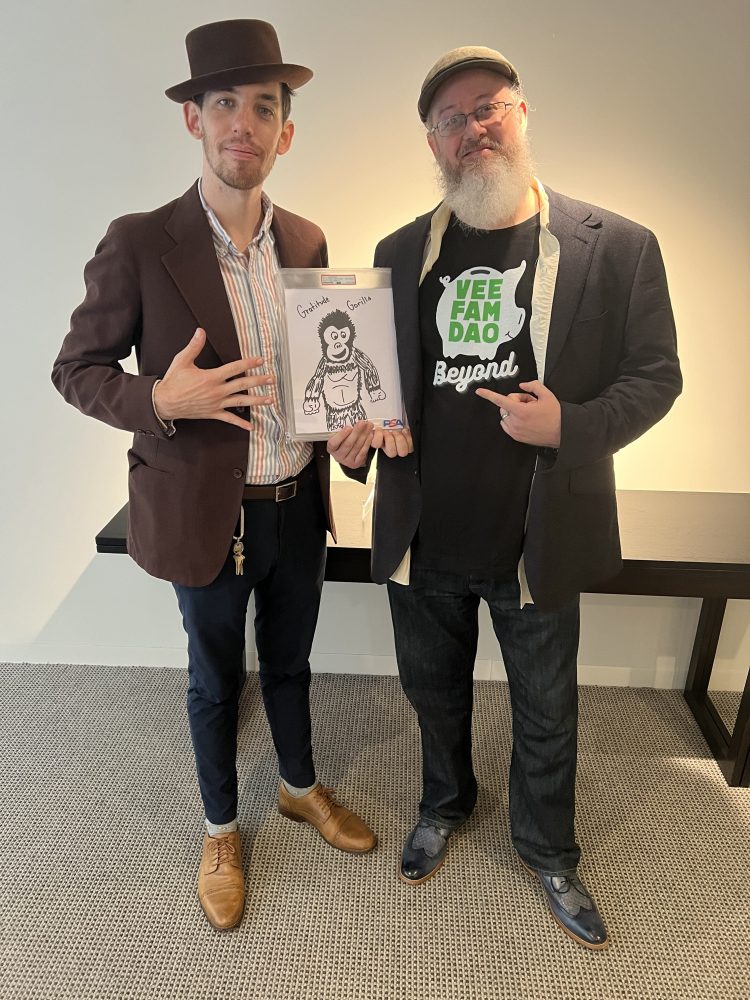 Jeremy with Gratitude Gorilla at Christie's with John Gardner / JeremyKnows

As part of the VeeFriends launch, Gary Vaynerchuk offered an application-only token that would provide mentorship and guidance for a year to 5 deserving applicants.

Aspiring Sorcerers were required to write an essay explaining who they are, what they are working on, and why they should win the Sorcerer Scholarship.

Gary made it clear that this opportunity would be offered only once, so thousands of people, including Jeremy, leapt at the chance to apply.

Jeremy’s immediate instinct was to start creating content to boost his story, model Gary’s values, and stand out from the other potential Sorcerers.

With the help of his fellow collaborator Alex Makardish, he launched the Instagram account Wannabeaveefriend and started posting content about the VeeFriends NFT project every single day.

Jeremy dabbled in content creation in the past, always eventually stopping what he started.

However, this opportunity to help others in such a direct way by emerging as the first and most consistent and reliable news source about VeeFriends had him hooked.

It started with live streams every night of the week and led to Jeremy ultimately building his day-to-day around providing valuable content to the VeeFriends community.

His podcast, Jeremy Knows, is up to 207 episodes since last June with over 26,000 downloads.

Twitter is now the most active hub for his content where he has 23,000 followers, and sees over 1 million monthly impressions to his tweets.

As a testament to his commitment, Jeremy has tweeted 27,500+ times since May 5, 2021, which was the original launch date of VeeFriends. 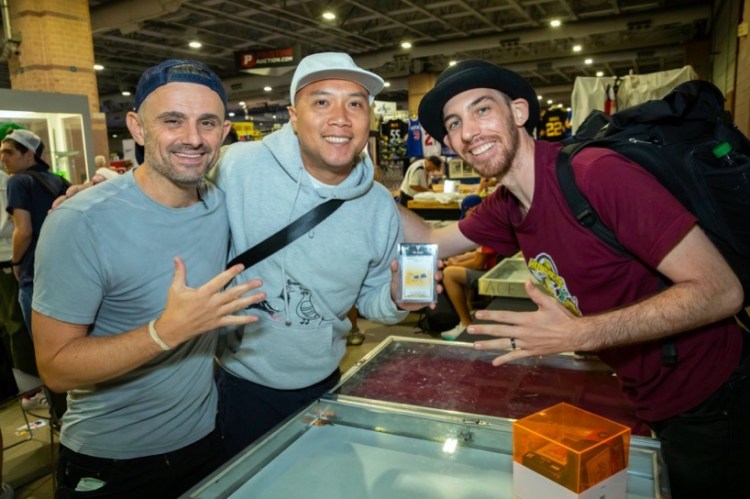 By continuously offering value to the “highly enthusiastic and kind-hearted community” that consumes his content, Jeremy cultivated a following of loyal fans.

Many of whom refer to him as the “People’s Sorcerer” after he was not selected for the Sorcerer Scholarship.

First, the VeeFam DAO, which won the Gratitude Gorilla, a Gary Vee original artwork through the Christie’s auction house for $250,000.

Next, the VeeDao which is a “community of art collectors passionate about the long term vision of VeeFriends & other blue chip NFTs.” That process of forming a DAO — coming to consensus, pooling together funds, and going through the legal and governance process of fractional ownership was a major feat that taught Jeremy an enormous amount.

Thank you so much @VeeDaoEth for my C&C card pack that I won for just being a token holder! Such a fun way to do a box break! So much value has already been given from this project!
💜🫐 💜🫐💜🫐💜🫐💜🫐@garyvee @veefriends #veefriendscardopening#luckypull pic.twitter.com/p0eRJQ3Ung

Jeremy was also previously a moderator in the VeeFriends Discord because he was helping them solve a significant problem. Namely, curating the most important updates and in turn saving the community hours sifting through discord for the information.

This wasn’t his end goal, but rather the result of consistently listening to feedback, anticipating needs, and putting in the work.

He also recently joined WGMI.io as a contributor after being continually referred to as “the person” to report on VeeFriends.

Jeremy has been considered for positions at VeeFriends, and hopes to someday join their ranks. In the meantime, he continues to learn and feels excited to stay the course with JeremyKnows.

VeeFriends and the Sorcerer Scholarship have sparked an entirely new direction for Jeremy’s life.

"In these communities, it is early enough to stand out. If these communities are long-lasting, first mover advantage goes a long way. I get recognized now at events, people come and say hello to me." –Jeremy Hohn

Jeremy is constantly feeling support from his community, sometimes in the form of offering him access tokens for rare experiences.

One of these community gifts was an hour of tennis with Gary Vaynerchuk through a 1/1 VeeFriends access tokens, the Tennis Elbow.

While it was originally planned to be a tennis match experience, Gary was injured and instead invited Jeremy to the VaynerMedia offices to have a sit down in the office.

During the time, Jeremy asked if Gary would join as a guest for 5 minutes on his podcast, which ended up lasting 30 minutes as they discussed the upcoming VeeFriends Series 2 mint, new characters, and VeeCon.

A few months later, this same interview was shared on the GaryVee Audio Experience, which you can listen to here.

Jeremy’s story makes it clear that NFTs have given people the chance to reinvent themselves and help ignite deep interests for those who may feel lost, unmotivated, or as though they haven’t found their “thing”.

Until now, Jeremy has put in the work without expectation and taken risks by paying his bills through odd jobs and the sale of NFTs over the past year.

Looking ahead, Jeremy is working to carve out a space in NFTs that can sustain what he’s been offering the community these first 16 months while supporting him and his family.

After the relentless pursuit of creating consistently valuable content for nearly a year-and-a-half, Jeremy has designed and launched his own service-based NFT project: JeremyKnows. 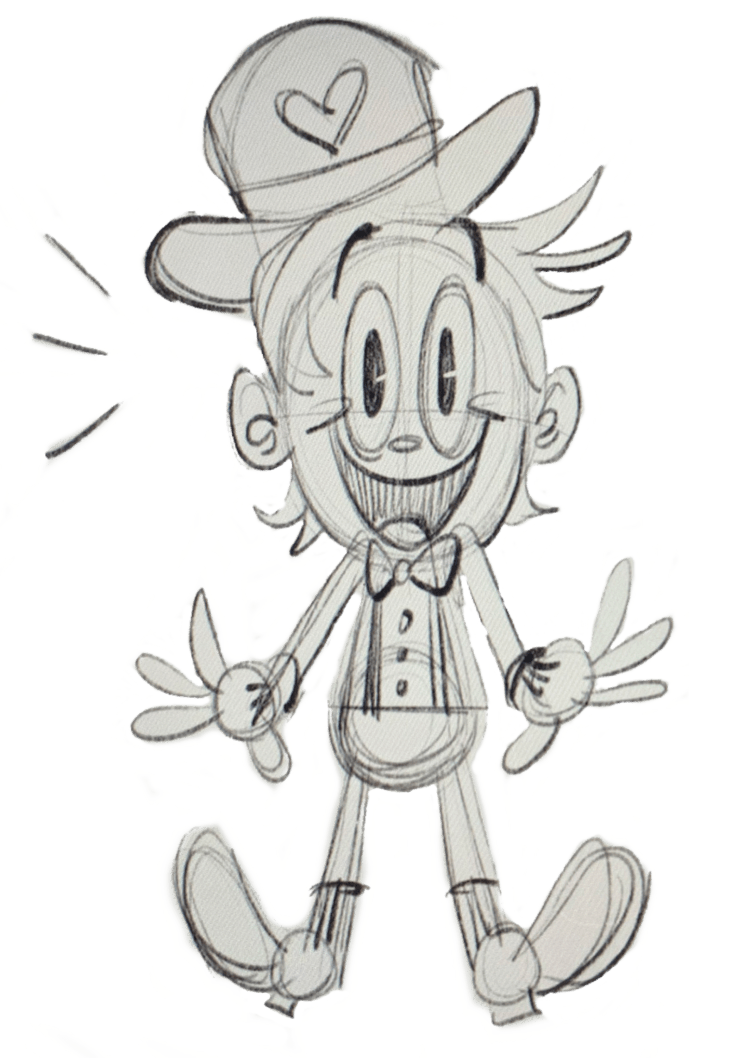 The project is currently in open mint, for 0.1 ETH and offers the following benefits to holders:

I designed this project to be service-based because that's the value of what I offer. I wanted to give people an opportunity to support me and have the blockchain record should I succeed.

His project aims to address a broader problem in the NFT space: keeping up with updates and benefits pertaining to the assets you hold. With the help of the community, he created a smart contract, launched a website, and his NFT project now has 170 holders.

Creating a project and approaching his network of asking for compensation for his time and efforts has been a leap of faith, but he continues to focus on giving more than he takes, in true Jab, Jab, Jab, Right Hook fashion.

Jeremy made big bets and credits his fiancée for supporting him through this entire process.

He explained to me that “finding your tribe and having loved ones around you is key” while navigating uncharted waters.

There’s no playbook for this, but Jeremy is now on his way toward the content monetization that will allow him to keep focusing full-time on VeeFriends content.

Advice on How to Find Your Own Path in NFTs

The transition from Web2 to Web3 is opening more doors to leave traditional career paths and more people are taking that risk to find out what it could look like. Sometimes, all it takes is getting started to learn what opportunities might come your way.

The NFT space is new — brands are acquiring NFTs (E.g., Yuga Labs acquired CryptoPunks and Meebits, Nike acquired RTKFT) and a lot of people don’t have the type of experience Jeremy has created for himself by simply diving in head first.

But it’s not too late to get started.

Many people have found their voice in the NFT space, and most are doing it out of interest and pure passion, which raises the question: can people make a living off of their unique skills in this new environment?

The short answer is: yes.

The longer answer, Jeremy explains, “it’s a delicate balance of ambition and patience. You will need to blaze your own trail, but you don't think have to do it alone. If you can work directly with your community as you grow and inform them as your perspective and needs change -- you can't fail.”

There’s sensitivity in the NFT space for paid influence, and for good reason: but there’s also not a lot of good infrastructure or systems in place yet because this is all so new.

In the future, much like TikTok and micro-influencer matching programs, there will likely be companies that help creators like Jeremy monetize their work in an ethical and impactful way. There will be better networking platforms to match people of all skill types.

For those who want to take the next step, Jeremy’s story is the ultimate advice:

All I’m doing at the end of the day is talking to people on the internet and caring about them.

We don’t know what NFT-related jobs will look like in 2 years, 5 years, 10 years and many people won’t get started without the promise of knowing what’s on the other side of it.

The second Jeremy learned about the Sorcerer Scholarship was the second he got started and while he intended to dial down content after announcements of the winners, it turned out that he found something meaningful and didn’t want to stop doing it before seeing where it could go. If you are interested in using your skills or finding new opportunities in web3, just get started.

What’s Next for Jeremy?

Jeremy plans to keep taking chances and learning through action.

He explained to me that he will continue to create content, deepen relationships with his holders, and develop the utilities and experience of his NFT project.

"We're witnessing history every day in the space. The people still here are the most engaged, the most giving, the most optimistic about this technology. Find those people, learn from them, offer what you can, and develop those relationships." - Jeremy Hohn.

At this point, Jeremy has fostered a large network global network and he openly discusses his vision, what he’s good at and what he wants to do for projects and teams.

This is leading to more and more compensated opportunities to meaningfully apply his newfound skills.

If you find Jeremy’s story inspiring and fear that you’re too late or you still don’t know where you can bring value, don’t hesitate to try different things and follow your own instincts.

His goal and focus remain on what will offer the most value: but he’s never afraid to pivot, experiment, and engage in new ways to discover what works.