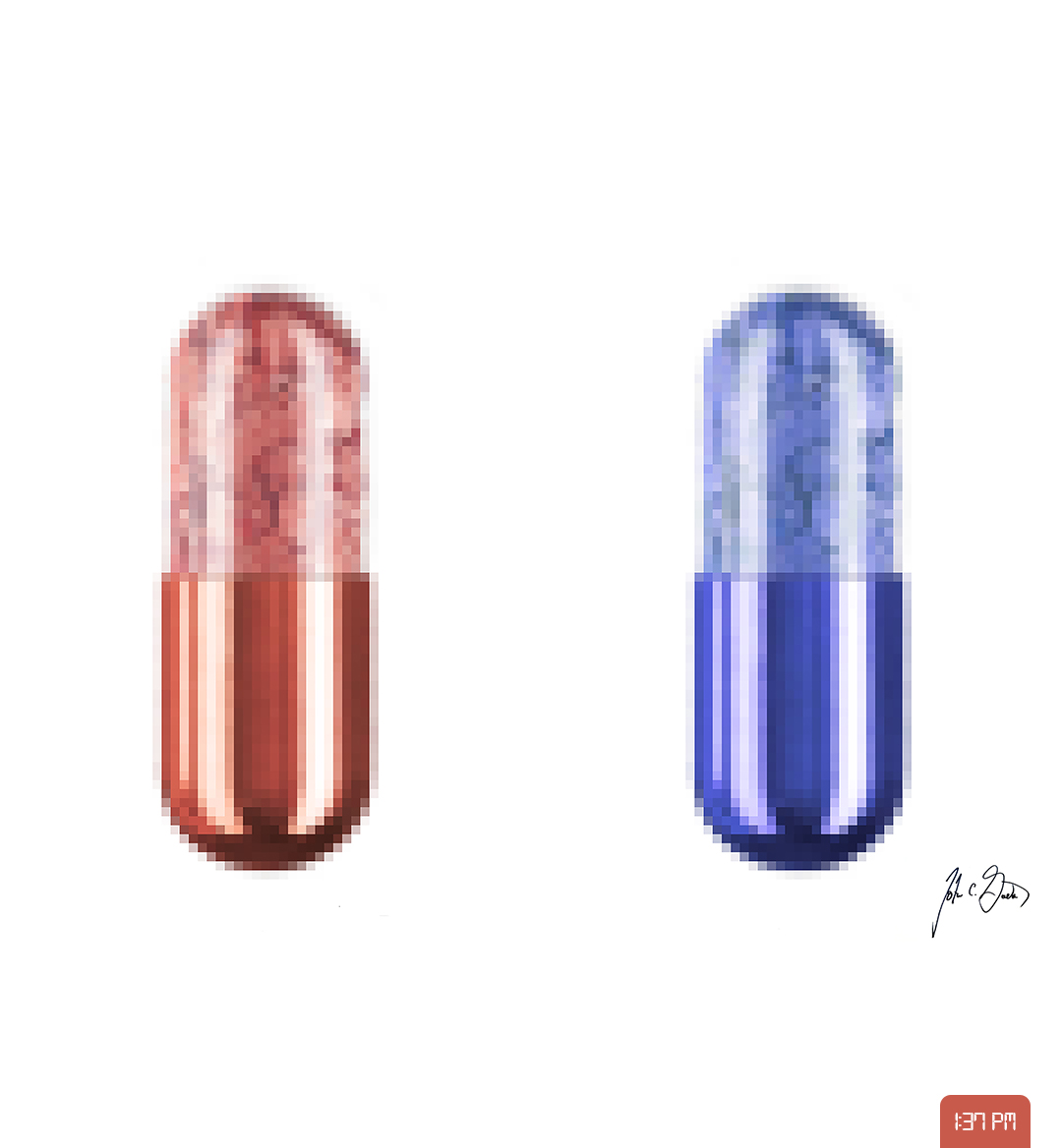 When John Gaeta led the VFX team for 1999's The Matrix, he helped to innovate and popularize an effect called "Bullet Time," which has become a mainstay of contemporary action film. Gaeta is one of the godfathers of the Matrix film franchise, and as a man committed to revolutionary techniques, the impending metaverse and proliferation of AI technologies are a perfect canvas for him to explore. Rather than launching a PFP project or other more generic use of NFT smart contract tech, Gaeta has immersed himself in the world of the metaverse and the Spatial Internet, launching a three-part NFT project unlike those before it.

I was lucky enough to have a chance to speak with Gaeta ahead of the project's release today on Opensea. In recent weeks, Gaeta made headlines for his work on the Matrix Awakens project, which gave viewers one of our first real looks into the potential capacity of new-gen consoles for creating totally immersive gaming experiences.

Two decades later, the prescient concepts within the Matrix are now being actualized. We are on the precipice of massive, true metaverse destinations.

While traditional 2D-based projects have dominated in recent months, the burgeoning technology will be used for a wide variety of developments in the coming months, years and decadess. "Everyone agrees in the NFT space that there will be an evolution," John tells me, referring to the emergence of identities, emergent gaming, AI generative content and immersive XR worlds linked to tokens and more.

The goal behind Gaeta's forthcoming launch is to produce "original immersive art and creative expressions where we demonstrate new forms and formats of NFT." The project is working to construct rich, immersive environments, adding more value than a 2D piece.

The launch will be broken up into three kinds of tokens: "Art-ificial Human with Gun," "CAPSULES," and "MACHINES." Gaeta views all of the tokens as experiments in the spatial web, which is essentially the concept of a computing atmosphere existing within a 3D realm. "It's more or less an experiential cousin of gaming," Gaeta explains, adding: "it's an experiment in the way we’ve been doing experiments since the beginning." 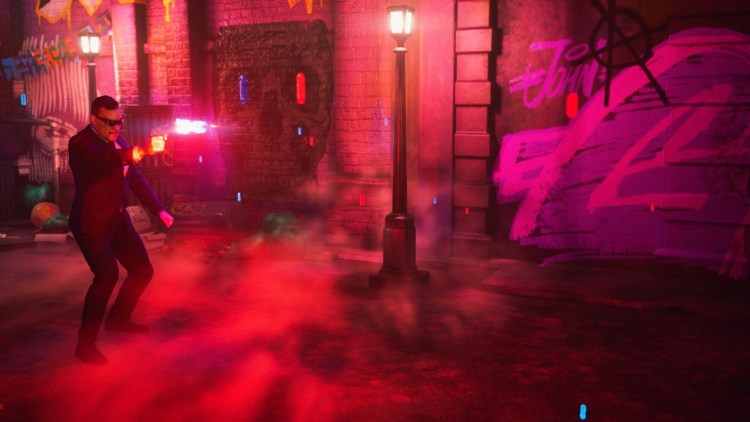 The first NFTs in the collection are a series of virtual humans firing a gun in slow motion, existing in a virtual space. These beings were created with a combination of Volumetric Actor Capture, A 3D Environment, Realtime and AI Effects. The pieces can be delivered as jpegs and MP4 files, but they will also exist on a web address where buyers can fully experience the characters in a 6DOF immersive space. The buyer will have the ability to manipulate the virtual space and discover hidden aspects as time unfolds.

"Art-ificial Human with Gun is a satirical commentary about the approaching stand off between 'centralized control over creators' and the revolutionary emergence of an open and free metaverse," John tells me.

MACHINES, similar to the art-ificial humans, are Virtual Creatures existing in an immersive webxr space, with AI intelligence and instincts embedded. They behave and exist inside a mech-egg-like environment. These pieces, too, can be delivered as MP4s but will also exist at a Web address where they can be more immersively experienced.

On Living Machines, John explains: "Living Machines is a provocative commentary on the emergence of artificial lifeforms which are beginning to live inside an AI governed Internet (aka. The emerging Metaverse)." 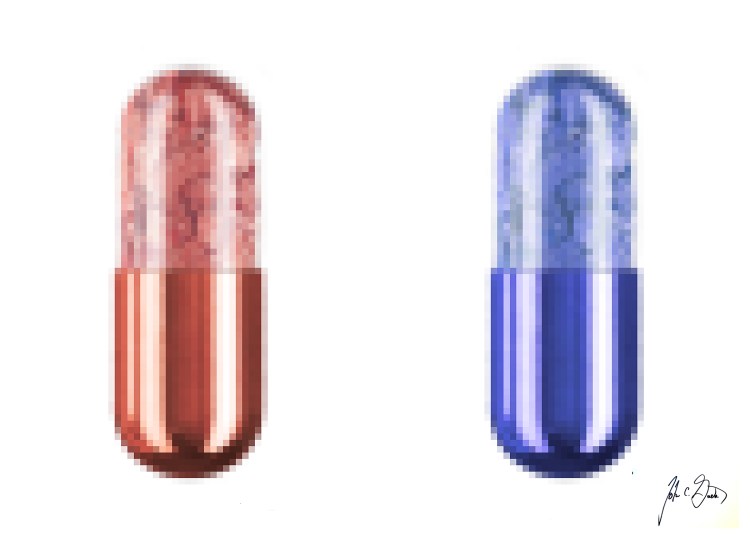 CAPSULES are the most relatable pieces in this collection for those coming from the traditional NFT space. Each is a minimalist art pieces, signed by Gaeta himself. Half only have signature, the other half have signatures and a quote. These exist as high resolution JPEGS.

"Capsules is a minimalist iconographic commentary on the state of reality confusion within today’s fractured western societies," John notes, adding that: "One of these capsules, consumed by a Punk or Ape may alter its consciousness forever."

Art-ificial Human with Gun, Machines and Capsules are strictly Original Art Pieces made with no element from any prior existing professional work he has done. They are not associated with any commercial franchise and as Gaeta explains “.. are personal expressions and satire surfing the spirit of the 1st Amendment.”

The project, entitled "CONSTRUCTS V.1" is live now on Opensea.

The NFT bundle is just the beginning. Gaeta is working on building a destination called Spacemint, which will act as a volumetric auction house and provider of goods and other immersive NFTs. Additionally, he's always working on projects like Matrix Awakens, demonstrating the limitless potential of our new technologies for creating truly immersive experiences.

This is not the first time we at ONE37pm will speak with John, as we plan to pay close attention to the development of his work. He was one of the first major innovators of film VFX, and with his sights now set on the unbounded world of virtual reality, the sky is the limit. 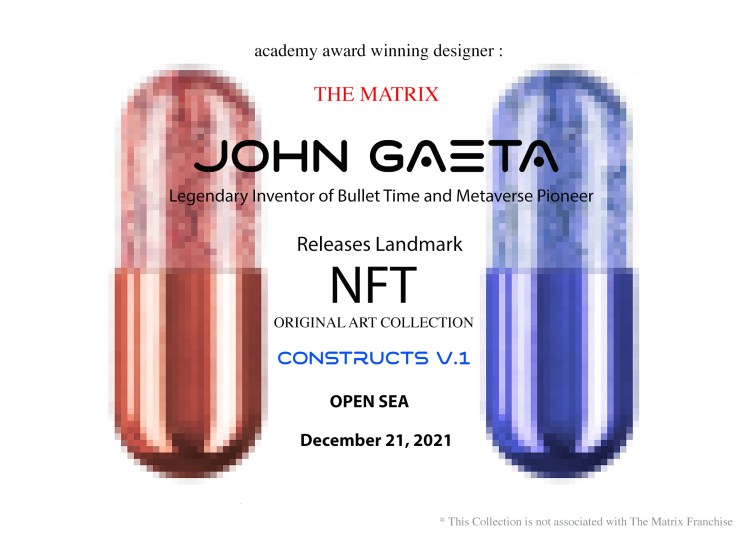 Flyer by John Gaeta for CONSTRUCTS
Slide 1 of 3
Did you like this article?