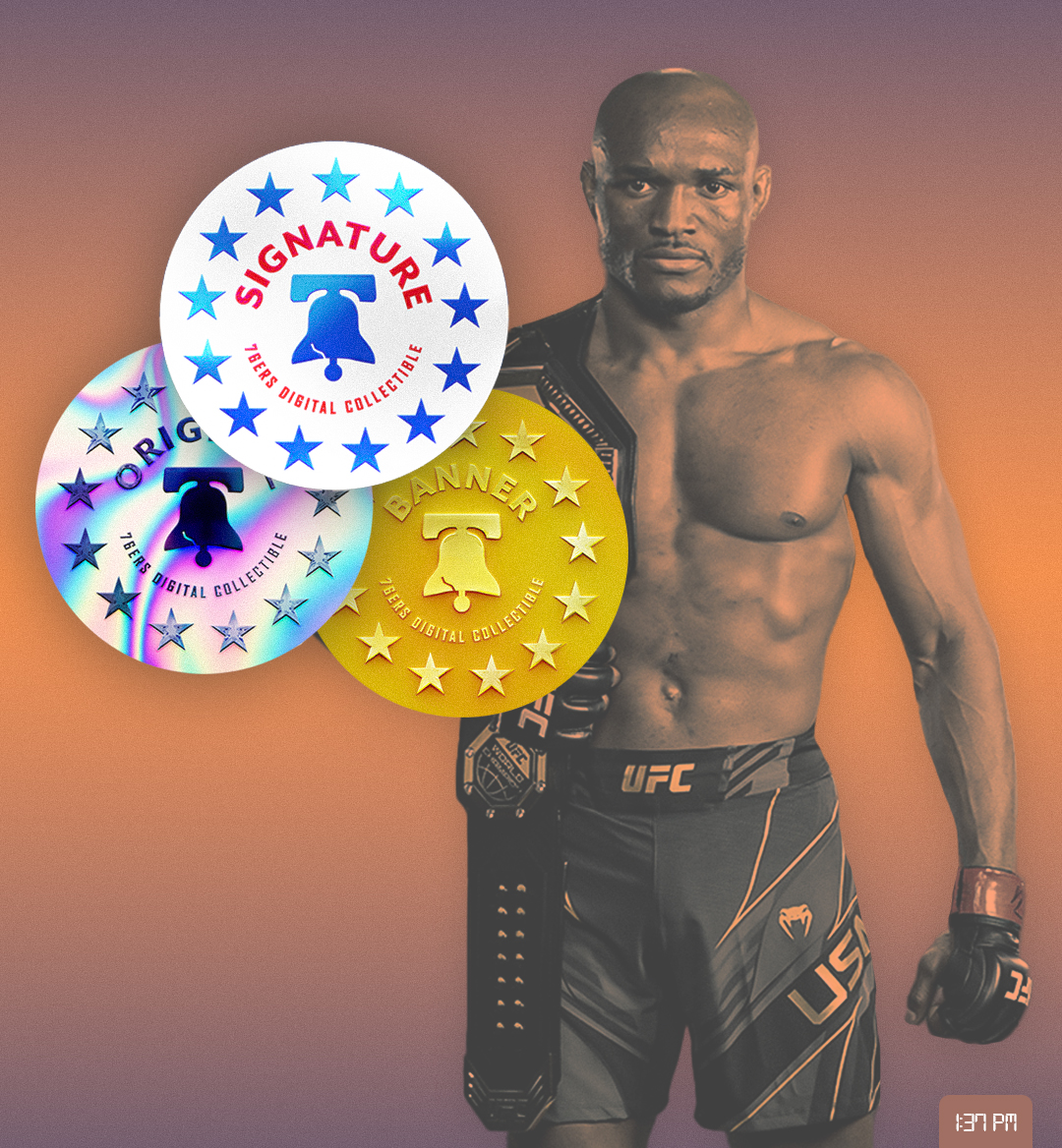 If this is your first time joining us today, welcome! If you want to check out yesterday’s NF3 Recap, please do, as there were many new updates in the NFT community you don’t want to miss out on.

In our NF3 Recap today, we are going to take an in-depth jab at the exclusive UFC NFT launch. Also, we will be exploring how The Sandbox metaverse game managed to raise $93M. Finally, we will be taking a court-side look at the official Philadelphia 76ers NFT drop, with Crypto.com.

1. UFC to launch their exclusive NFT with Crypto.com

The UFC and Crypto.com are collaborating to launch the UFC’s first official NFT. The exclusive drop will include what they are calling the UFC 268 Packs, which are limited edition fighter belts, as well as event and fight posters that are based on UFC 268: Usman v Covington 2, going down this Saturday.

Something that is really special about the UFC NFT drop is that involved athletes will receive 50% of the revenue from NFT sales, compared to the unjust 18% revenue they are used to receiving. This marks a huge turning point in UFC history and the entertainment industry in general, giving the power and the profit back to the actual entertainers.

The UFC packs are dropping this Thursday on Crypto.com, for $40 per pack, with a limit of 2 packs per person. Whoever happens to collect a special UFC 268 pack by November 7, 2021, 9am ET, will be entered into the UFC 268 sweepstakes for a chance to win exclusive UFC prizes. If you are a UFC fan, this is the NFT project for you.

2. The Sandbox metaverse raises $93M with the help of SoftBank

We're thrilled to announce @TheSandboxGame Series B of $93M led by Softbank Vision Fund 2, the very first they do in crypto assetshttps://t.co/KrC1n4qAYH…

Join our community to be part of this fantastic journey. A thread below 👇 pic.twitter.com/X1a4XKAnfD

The popular NFT-based metaverse game, The Sandbox, recently raised $93M in a funding round which was led by SoftBank—a Japanese holding company focused on investment management, mostly investing in companies dealing with energy, financials, and technology.

The Sandbox is actually the first crypto investment by the SoftBank Vision Fund 2, an estimated $30B investment fund. Apparently in an interview with The Sandbox CEO, Arthur Madrid, he mentioned that the $93M the company raised will help them expand beyond just games and into other economies such as architecture, art galleries, fashion, museums, and a whole lot more.

The money will go towards hiring more staff, creating a multiplayer option, and increasing the number of intellectual property and brands that are a part of The Sandbox economy. This large sum of money will surely help The Sandbox propel their brand into something spectacular, and further proves that NFTs aren’t just a fad, but rather the future of assets.

3. 76ers launch their Legacy NFT collection in partnership with Crypto.com

Today, NBA team Philadelphia 76ers dropped the team’s first ever Legacy NFT collection in collaboration with Crypto.com. The drop which went live this morning, showcases 13 officially licensed NFT commemorative tickets that highlight legendary moments that took place during the “Philadelphia Spectrum” era of basketball. Portions of the proceeds from the NFT will go to the Sixers Youth Foundation.

Collectors and fans of the 76ers team can win big when they complete challenges to unlock exclusive rewards. Rewards are as follows:

This NFT project is a great example of how brands and businesses can use NFTs to offer their fans and consumers more value and a more personal experience.

In other cool news, Ex-Activision, Lucasfilm developers announced they are working on a new open-world game with the ability to collect, buy, sell, and trade NFTs, earned from the game. The game, called  Metalcore, is a multiplayer combat game that aims to combine traditional gaming with blockchain technology.

We're thrilled to officially introduce MetalCore to the world! 🦾

A visually stunning, open-world mechanized combat game built on the blockchain. Own a part of history in the next generation of NFT-based P2E gaming! 🚀

The first pre-sale for Metalcore plans to be held January, 2022.

To finish off today’s NF3 Recap, I thought I’d share some commentary from a CNN interview with venture capitalist and co-founder of Metagood, Bill Tai. When asked to explain NFTs’ massive growth and if the growth was realistic, Bill mentioned that a report done by Jeff Reece a couple weeks ago, estimated the asset value of NFTs in 2020 to be $380M, and year-to-date, somewhere in the area of $10B for 2021.

Bill said in the interview, “Never before in tech have we seen something grow at this rate, at 20 to 30 fold in actual dollar volume of transactions, and it’s hard to say that it is a wave that is going to go away.”