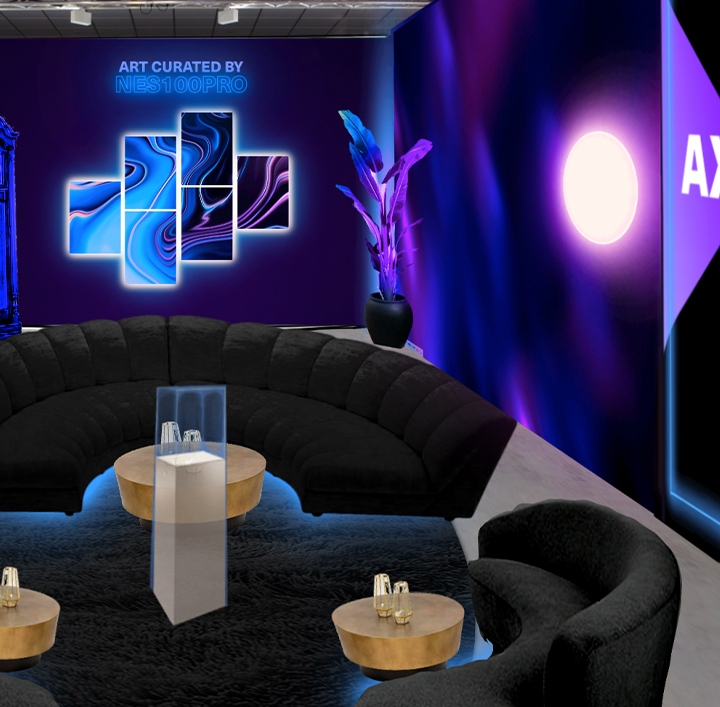 In 2021, we saw the strength of web3’s takeover in mainstream culture— from Cryptopunks, VeeFriends, and Beeple to token-gated events and metaverse parties.

This year, despite the volatile economic times, the mainstream adoption isn't slowing down. With thousands of new NFT projects emerging daily, and big-name companies entering the metaverse, the opportunities for brands in the blockchain space are endless.

Traditional and pre-blockchain brands like Nike, The Hundreds, and Adidas have jumped in on this cultural phenomenon. We've also seen new brands emerge during this time such as RTFKT, World of Women, and Doodles. Web3, what many thought was a passing fad, is now expected to permanently cement its presence in art and daily life.

Unless you live under a rock, it’s clear that the future of art is now both digital and physical.

The world’s No.1 men's fragrance brand AXE is also no stranger to web3*. In March of this year, its parent company, Unilever, filed several metaverse-related trademark applications.

And let’s not forget when AXE broke the internet in 2021, after releasing its Doge coin-inspired body spray. The spray, dubbed “Dogecan,” was a limited edition release marketed as a 48 hour crypto scent with a “Dank Musk.”

AXE has solidified its brand as a mainstay in male culture, staying on top of both current and emerging trends. The brand recently teamed up with popular rapper Lil Baby to create "the Ultimate Drip Kit: The Limited Edition ‘WHAXE Pack," along with a scent-inspired animated series.

Now, AXE is continuing its innovation in the blockchain space through a limited edition digital collectible and experience at Art Basel.

To bring this vision to life, AXE and ONE37pm are collaborating with renowned 3D artist nes100pro, who will create a hyperrealistic digitally animated collectible with 137 editions. You have a chance to win one of these tokenized tickets by entering the sweepstakes here.

The sweepstakes, live now, will be open until November 21.

Nes100pro is a 3D Generalist and NFT Artist based in Switzerland. He is best known for his surrealist art style, as well as his project Rona's Hands. He currently works with some of the world's biggest music companies and brands— the latest being Nike's latest virtual art gallery, Dunk Museum.

But wait, there's more. Those who get the collectible ticket will also be gaining access to "V: The Experience," presented by VaynerX, the most exclusive event at this year's Art Basel.

While Art Basel remains the premier destination for traditional art, it’s recently taken on a crypto-centered overhaul. This year, "V" will serve as the epicenter of the web3 festivities and take place at SCOPE Miami Beach's stunning pop-up pavilion on December 1st.

Within "V," nes100pro's token-gated ticket will also grant access to the AXE/ONE37pm Lounge, one of the premier activations at the event where attendees will be able to celebrate Web3 and culture with influencers, friends, and partners alike.

This unique space will showcase thought leadership and brand innovation, highlight and promote artistic diversity, and deliver access and exclusivity in one of the most creative and inspiring settings possible. There will be both a day and night portion of the event.