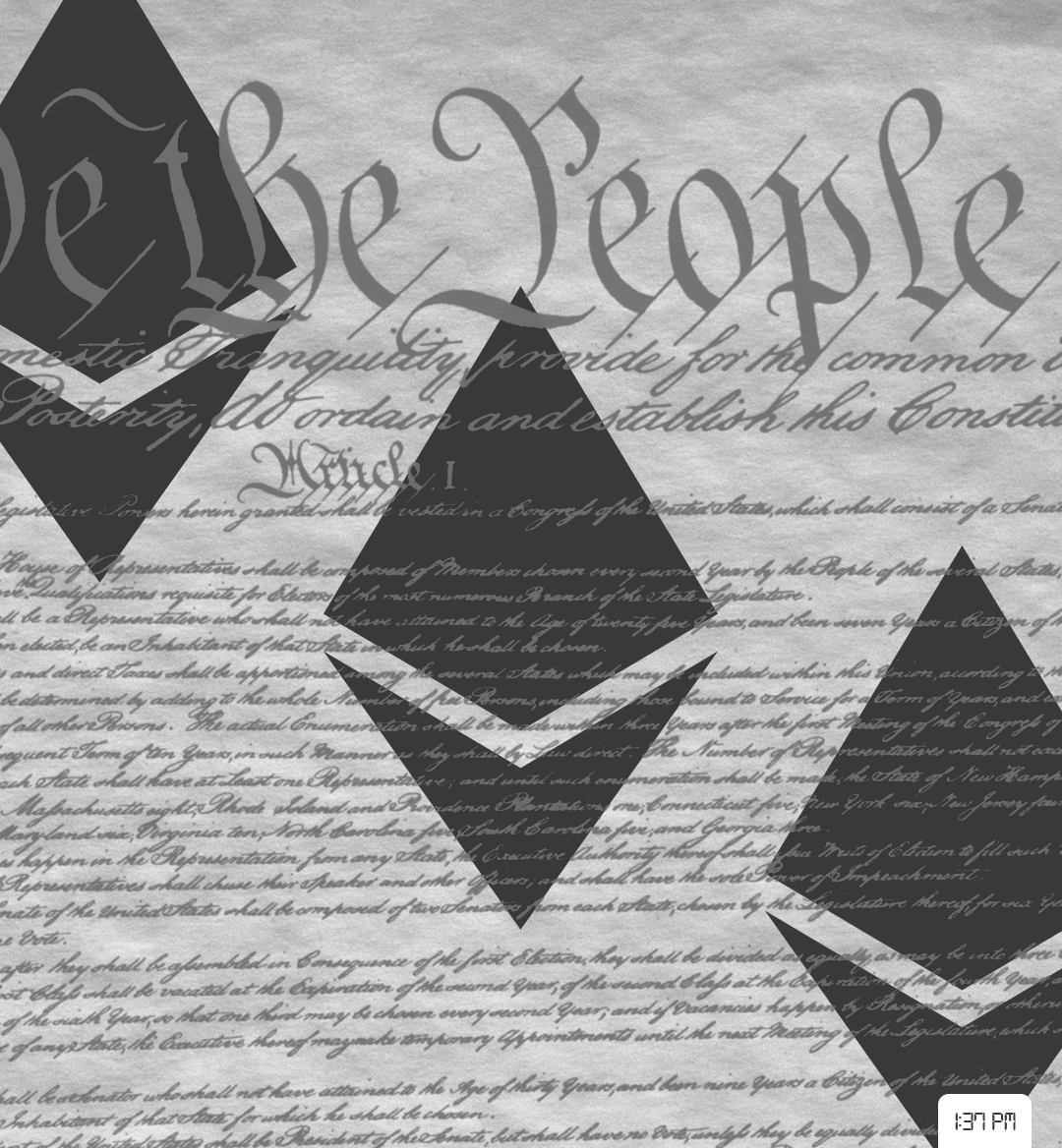 What is the Constitution DAO?

thank you so much to everyone that’s contributed. your support and energy have been incredible ❤️

for those of you that haven’t contributed yet, what are you waiting for?https://t.co/c6agi8hjQL

This specific copy being auctioned off is the only copy of the US Constitution that is still owned by a private collector by the name of Howard Goldman.

However, Howard has since passed and is survived by his wife, Dorothy Goldman, who is auctioning off this important piece of history with all proceeds going to Dorothy’s non-profit concentrating on democracy education.

The auction of this extremely rare artifact is expected to bring in between $15-20 million.

If you don’t know what a Decentralized Autonomous Organization (DAO) is or why it’s so important, you can view our explanation of a DAO in this article.

How the Constitution DAO came into fruition

We're witnessing one of the coolest human experiments ever.

We're trying to buy the Constitution.

Here's the wild story of @constitutiondao 🧵

Austin Cain & Graham Novak are both friends from Atlanta. Recently, Graham told Austin that he had a crazy idea, and the rest is pretty much history. The main idea Graham has is to put the US Constitution in the hands of the people by going all-in together, and creating what is now known as the ConstitutionDAO.

Now you have to understand, the initial idea for the ConstitutionDAO was thought of only 5 days ago, at the time of writing this article. Also, something important to note is the fact that the ConstitutionDAO has managed to raise more than 709 ETH ($3,278,781), in only 24 hours!

In addition to the $4M raised so far, more than 3,000 unique wallet addresses have contributed to the DAO and over 10,000 Discord members have joined the ConstitutionDAO Discord Channel already.

You can join their Discord and check out their official site by visiting Constitutiondao.com.

The 30 core contributors of the ConstitutionDAO have managed to structure a number of important aspects of the organization such as:

Now, you may be wondering what’s next for this one-of-a-kind DAO? Well, how about we take a look at some of the DAO’s future plans according to members of the organization.

The future of the ConstitutionDAO

As a short-term goal, the plan is to safeguard and protect the US Constitution as soon as possible. The DAO plans to place it in a secure location, such as the Smithsonian. The ConstitutionDAO will guide future choices on location, protection, and the acquisition of additional historical objects.

In the long run, the ConstitutionDAO envisions itself as a crossroads between the Smithsonian of the physical world and the Archives of the digital world, with the purchase and preservation of important real-world artifacts, beginning with the US Constitution.

What are you buying as a contributor?

When you contribute ETH to the ConstitutionDAO, you will own a portion of the US Constitution based on the amount that you contribute, in addition to gaining voting rights for the direction of where the DAO is heading in the future.

Examples of what you vote on include minting of the digital equivalents, how and where the artifacts will be displayed, as well as future purchases.

Contributing to the ConstitutionDAO

In order to contribute your own amount of ETH to the DAO, you can do so by visiting ConstitutionDAO.com. Also, feel free to join the ConstitutionDAOs Discord and follow their Twitter account to receive important updates.

If there's one thing that I know for sure, it's that DAOs are truly special and the ConstitutionDAO is a perfect example of how members of society can join forces in an effort to conquer something so great—like buying the US Constitution.