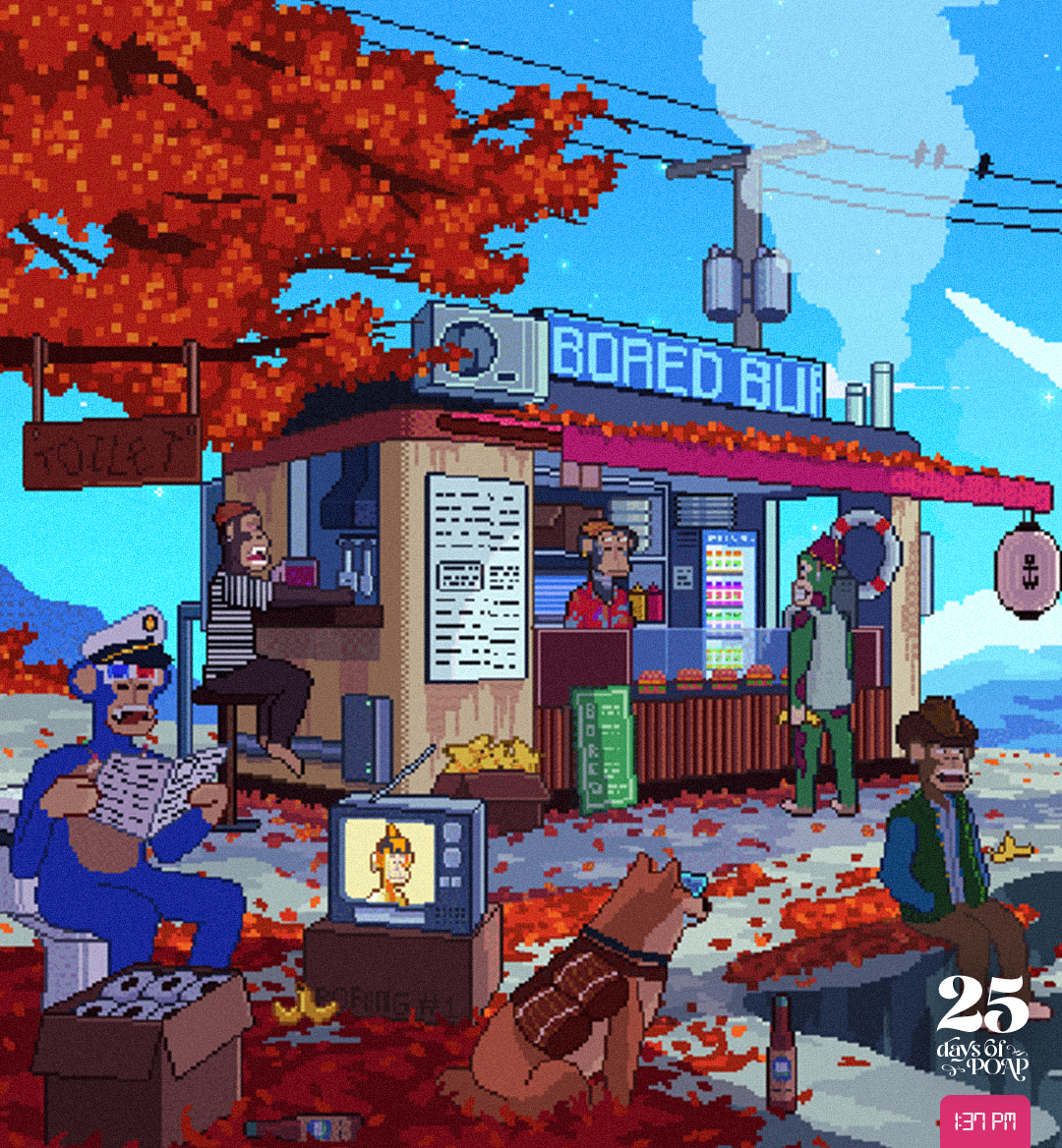 Welcome to day 6 of ONE37pm’s 25 Days of POAP. Today we explore the story of twin brothers Timpers and Insight, as well as their amazing NFT project The Boring Ape Chronicles. We’ve also teamed up with these two in order to bring you today’s special POAP. Let's ape right into this article.

The Story of Timpers and 'Insight'

Timpers and Insight are twin brothers on a mission to help make sense of anything and everything web3 related. Timpers is a sought-after NFT artist leading the forefront of innovation in the NFT space. As for Insight, he is a writer at heart and the man behind all the exclusive content found on NFT-Insight.

Timpers has established himself as one of the most influential artists in the NFT scene. He's had a lot of success in the web3 space, having created his own NFT collection based on the Bored Ape Yacht Club.

For some time now, Timpers has had a strong interest in art, but it wasn't until 2015 when he stumbled upon Photoshop when he had an interest in developing some branding for his YouTube channel.

Since then Timpers has had a strong desire to learn, create and develop which in February of 2021 led him to the NFT space. Prior to the chronicles, he has also sold a number of 1/1 work on Foundation where he has become renowned for his vibrant and pixelated style.

As for Insight, you may know him better as NFT1nsight on Twitter. He is also the force behind the website NFT-Insight.com, providing free and exclusive behind-the-scenes NFT content that you won’t find anywhere else.

I wrote about the growth of DAOs, what they have achieved, and their potential in this article with @137pm https://t.co/k00kH6eN6L

Insight realized in late July that he could combine his interest in writing with the NFT sector, therefore he built his Twitter profile and substack page NFT Insight. In October, his brother Timpers invited Insight to join him in building his NFT project, The Boring Ape Chronicles.

The Boring Ape Chronicles (TBAC), has brought together the BAYC community, swiftly garnering popularity on Twitter in addition to the TBAC discord. The excitement originates from the collection's idea, which allows BAYC holders to appear in a six-part story.

Rather than simply having a profile picture of a BAYC, The Boring Ape Chronicles immerses the apes into a vivid, pixelated realm with a creative story to back it. But it is not just exclusive to ape holders, the adventure is open to everyone no matter their background or collection!

There is a lot in store for the holders of the chronicles, rewards, and utility are on the way which we will detail in this thread. But there is still a huge opportunity for new collectors to join the adventure! So why should you collect all 6 episodes of the chronicles?

TBAC is a collection of six interrelated artworks and stories that comprise Series 1. The collection includes 100 versions for each episode and has been collected by some of the most well-known BAYC holders, like 888, Richerd, Josh ONG, Mondoir, Kev Wuzy, Dragonseller, and several others.

The plot is centered around apes who go off on a journey after learning about the sacred diamond fleece, an artifact with great power and knowledge. In order to learn more, the apes go on a perilous and informative adventure with some of the most well-known apes.

Once Episode 6 drops, TBAC will reward full set collectors with the diamond fleece NFT, a 3D model that will function similar to a mint pass. Holders have the option of keeping it or burning it.

If you choose to burn the diamond fleece, you gain access to the Chimpers collection, which has 100 one-of-one chimps produced by Timpers and will appear in Series 2 of the Chronicles.

Even more so, The Boring Ape Chronicles are collaborating with BAFTA award-winning animator Jardine Sage to produce an animation that will be available only to complete set holders and is expected to be released in the coming month.

Furthermore, the TBAC team is working on an interactive eBook that will have all six artworks and stories in an old word style as well as additional bonus chapters. The origins of the Mutants, as well as the prelude of Series 2. This is all in addition to an interactive map of the world found in series 1.

The eBook is special because, in addition to being a free gift for full set collectors, another edition of the book will be published to the public, marking the first time that individuals who are not among the current 100 can join the journey.

There will be 1000 copies available for the ebook, and each mint of the eBook corresponds to one whitelist for the future generative Chimpers collection. The one-of-one collector drop of 100 Chimpers lays the groundwork for a much bigger generative drop, which may be accessible through the whitelist for those who mint the ebook.

Ultimately, twins Timpers and Insight are building something that’s not only extremely creative and innovative but is also fostering a story by piecing together a collection while simultaneously including the audience, bringing PFP to life so that collectors can immerse themselves in the story.

Everything You Should Know About Instagram’s Digital Collectibles