EXCLUSIVE: Tjo Explains The Rise of 'BLeU' and How It's Becoming Bigger Than Himself

The blue rectangle that led an artistic movement

When Tjo started out as a photographer, taking photos for fun 6 years ago with his father's old Fujifilm camera, he didn't yet consider himself an artist. Now, he's not only an artist, but also the creator of a movement.

Tjo's 1/1 piece "BLeU" is currently the hottest topic of conversation surrounding NFT Twitter. It has also led to hundreds of different pieces of art produced from the original.

Tjo's NFTs are CC0. That means he has "dedicated the work to the public domain by waiving all of his rights to the work worldwide under copyright law, including all related and neighboring rights, to the extent allowed by law." When releasing an NFT under Creative Commons licensing (CC0), everyone is able to use the NFT artwork for any reason they like, including business.

"BLeU" is abstract, vibrant and emotionally inducing. The point is that it has a different meaning to everyone— it could be a background, a source of inspiration, or it can stand on its own.

With the auction set to close in less than a day, the bid currently stands at 69.42 ETH at the time of publication.

However, the auction and bid is the least interesting thing about "BLeU."

ONE37pm sat down with Tjo for an exclusive interview on how the BLeU movement came to be, emotional catharsis through art, letting go of ego in creating, and how BLeU will live on in an infinite number of ways. 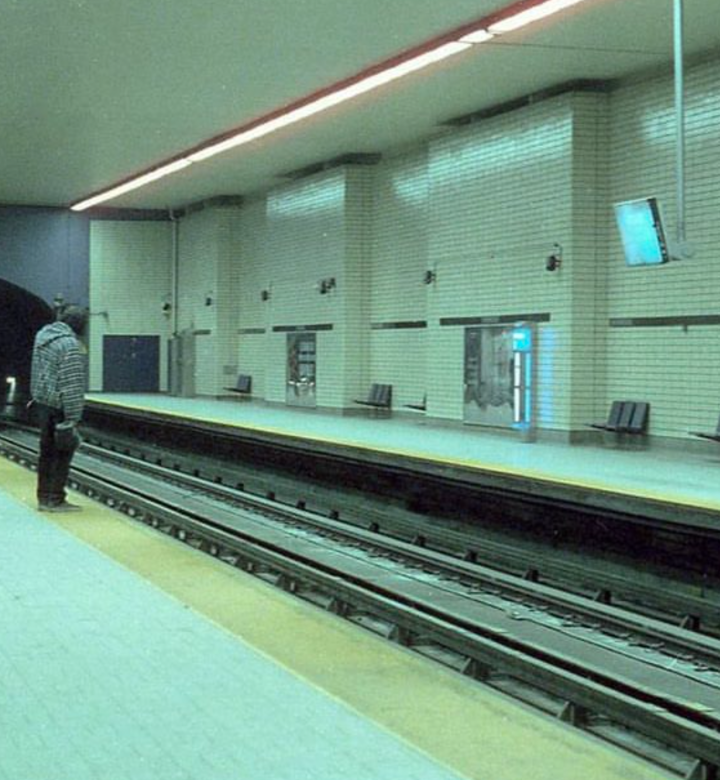 Tjo started creating art as a way to discover more about himself and understand his own emotions. He said he was dealing with mental health issues and art was his outlet.

"I was diagnosed with pure OCD," Tjo shared. "And just while struggling with OCD, I started making studies about what I was feeling through making collages."

These studies made him finally see his work as art for the first time.

"That's how I became Tjo," he said. "It's short for T Johnatan. Johnatan and T for my last name—it just sticked around."

Tjo got into NFTs around the end of 2020 when his friend, Wally Sajimi, encouraged him to look into them.

"He said I should really look into it to make a living from it," Tjo said. "I didn't mint straight away but I ended up in the rabbit hole, now I spend all my time in there."

Tjo started the BLeU series earlier in 2022. He chose blue because he believes it's the color of self dialogue.

Blue is like a color you see inside of you when you're trying to dig into yourself. So for me to make the studies in blue was just a way for me to kind of dig into myself.

Tjo says one of his most well known collections, "One Night Only," was a trigger for the BLeU phenomenon. 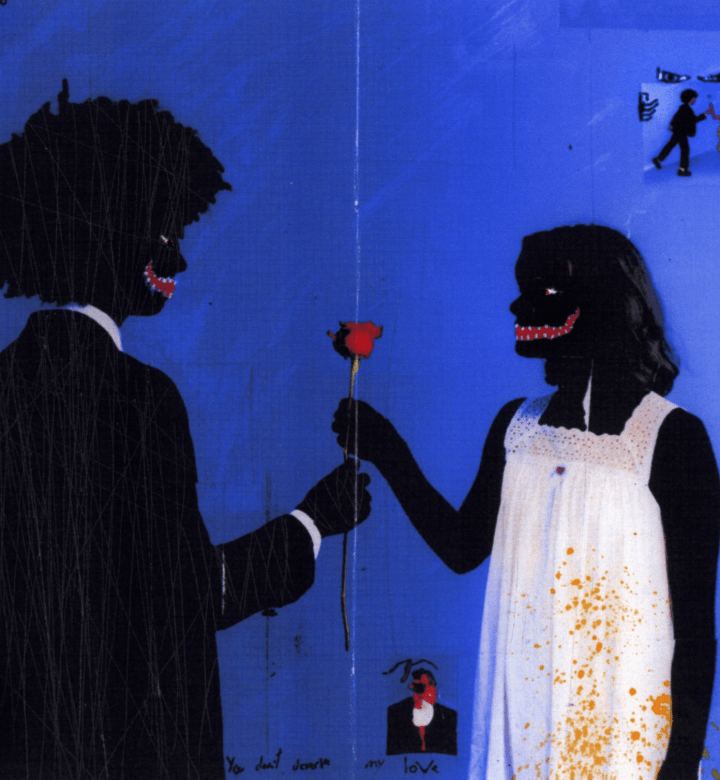 "I thought about making a story and digging into the dynamics of attachments and feelings that can arise from encounters. Encounters of not just being in love, but flirting with the idea of being in love with strangers. Then, disappearing and letting go. The relationship between two monsters."

The Decision to Release BLeU as CC0

What Tjo likes the most about the NFT space is how supportive and encouraging artists are to one another.

"In web2 I always felt like artists were set against the other or like to be in competition," he said. "But in the NFT space it's about connecting with another and appreciating the art."

He strongly believes that artists should put their ego aside and just focus on making art. He believes there is a way for everybody to win.

It is this belief that led him to release the CC0 for BLeU.

When asked how he felt about claims on Twitter that other artists were "stealing" his BLeU, Tjo said he couldn't disagree more.

"I hate when someone creates a piece of art, and instead of enjoying they try to discredit the creation, I understand it's a natural habit, but i don't think it's pro art. I think it's gatekeeping. I don't want to see someone discredited because they used a blue similar to me. Just let them create they want to create. I don't own the color blue."

A Movement Led By Artists

Tjo says his favorite part of seeing his art go viral is seeing the other types of work that come from it.

"It wasn't my doing, it was all the artists," he said. "I didn't do anything for marketing I just posted and released the CC0. It was the artists that put this effect on the whole community."

You know one day maybe someone is going to take my BLeU and make it into something so crazy and it's going to overtake me. What I'm doing is going to be nothing compared to the next person that's going to do something with the BLeU. And I'm okay with that.

Tjo shared some of his favorite pieces made by friends:

wild… zero editions of onsen BLeU listed on secondary despite giving some as gifts + there being multiple offers up to 0.4 rn 🥵❤️‍🔥🙌 pic.twitter.com/pfjnV5ZmGt

even when i’m bleu i think of you pic.twitter.com/c3Y3toFf7m

Yall really didnt think I was just gonna sit around and do nothing right?

April - separated from partner of 9 years. Called @0xTjo the next morning, beside myself

Tjo hopes this movement continues far after the auction for "BLeU" is over. He wants artists to never stop creating art for the sake of art.

He is currently working on more art, as well as an event-based experience coming in the future.

"I am working with people to make something happen to fundraise for suicidal prevention," Tjo said. "That's my next focus."