What are Socios Fan Tokens? A Comprehensive Guide 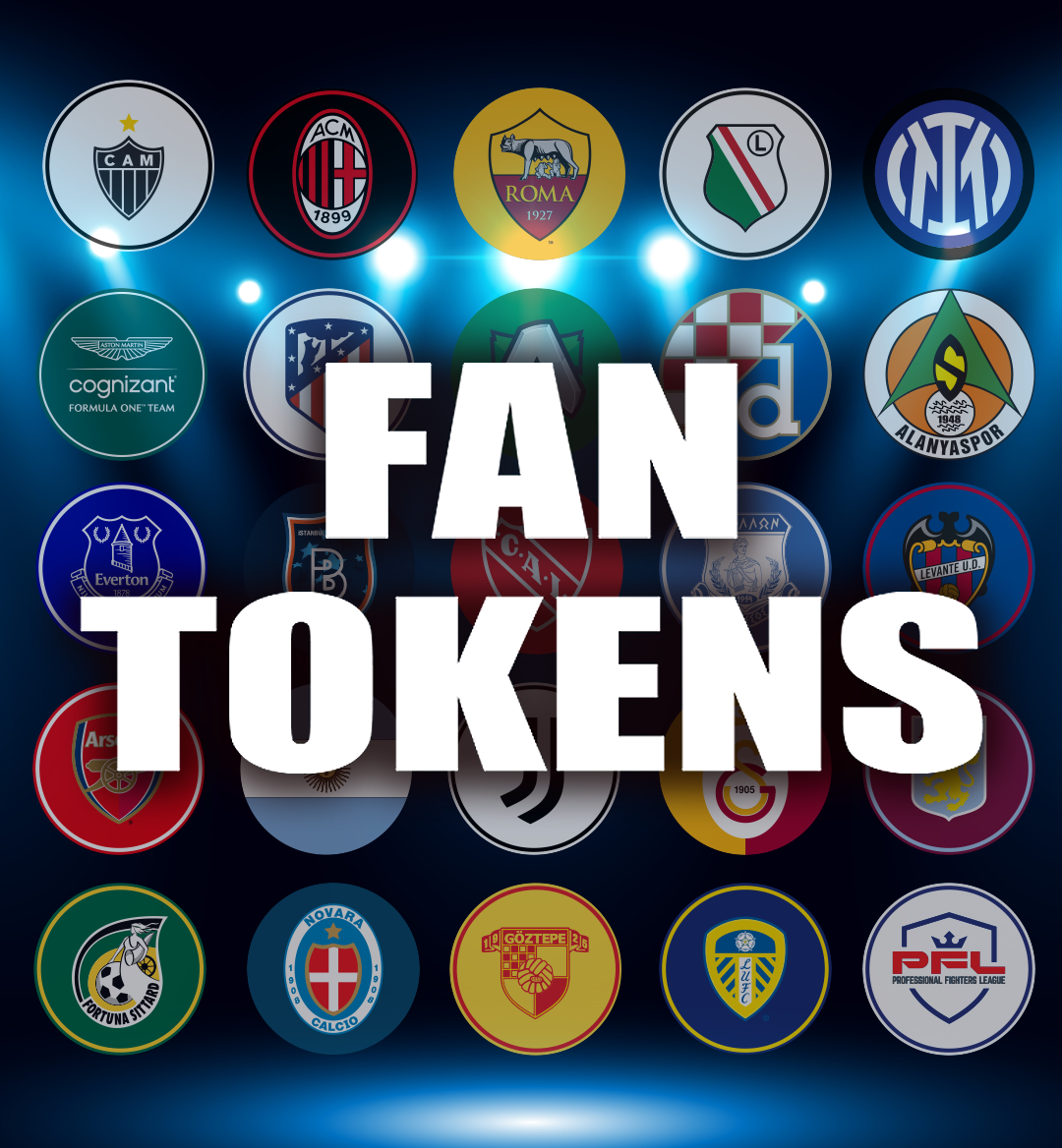 Imagine holding a membership to some of your favorite sports teams and clubs that allow you access to exclusive perks, events, and even have a say in team decisions, all bundled up in an easy-to-use app. That dream is now a reality with Socios Fan Tokens!

Fan Tokens are digital tokens minted in limited numbers on the Ethereum blockchain. Fan Tokens give you access and unlock special perks to your favorite sports teams, and unlike traditional memberships, Fan Tokens never expire and are yours to keep forever.

Although Fan Tokens might appear similar to NFTs, they do have their differences. Let's take a look at what Fan Tokens are, and what they actually offer to holders.

What are Fan Tokens?

At their core, the Socios Fan Tokens are ERC-20 utility tokens (fungible tokens). You can trade your fan tokens for other tokens on a secondary NFT marketplace such as Opensea, or on the in-app marketplace.

Holding Fan Tokens come with many perks including lifetime access to exclusive fan clubs with rewards, promotions, games, and access to a community of superfans. Moreover, Fan Tokens equip holders with voting rights to influence team decisions and other perks such as signed gear.

As of now, there are many professional football clubs that have already partnered with Socios to offer their own Fan Tokens. Popular teams include Arsenal, Atletico, and Brazil just to name a few.

Socios.com is the world's first fan influence and engagement app that utilizes Fan Tokens to influence your team, play exclusive games, and win once-in-a-lifetime experiences, all from the app.

How do Socios Fan Tokens work? 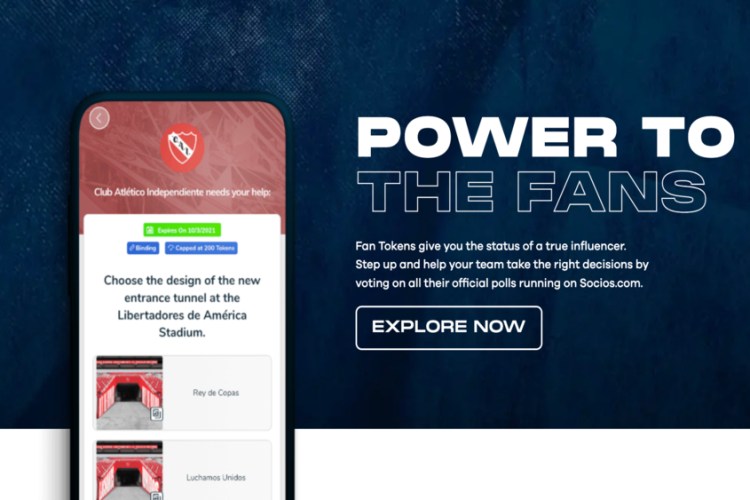 In essence, Socios Fan Token is a platform that offers sports teams a way to connect with their most loyal fans.

Sports franchises issue a specific number of tokens, which can then be found or purchased, and as a holder, you receive big perks. These perks include things like access to exclusive merch, VIP access at games and events, as well as voting rights on polls that steer club decisions. That means token holders literally help shape the future of the team!

To reap all the benefits of being a token holder, you will need the Socios.com app. The app is available through Google Play Store for Android and the Apple App Store for iPhones. The app gives you access to the Fan Token marketplace, where you can buy and sell tokens, as well as keep track of upcoming drops.

Furthermore, the app allows holders to vote in team polls, participate in trivia games and competitions, and gain VIP access at team events. Also, the app includes a game called Token Hunt, which is an augmented reality game similar to Pokemon GO, but you can find free tokens hidden in your community instead!

Just one fan token and you can live experiences like this.
A super fun and amazing day with other people of the community.
Opposite teams on the field but one passion in common:

Holding your own Fan Tokens comes with huge benefits. All Fan Token holders get VIP access at all home league, cup, and European matches. Also, holders have the opportunity to receive signed memorabilia, attend meet and greet events, and even the possibility to fly with their favorite team to catch an away match.

Additional rewards and benefits are at the discretion of the individual clubs. Also, active participation in trivia games and team polls are highly encouraged, and even rewarded with points. The more points you accumulate, the more exclusive perks you can unlock.

What decisions do Fan Token Holders get to make?

Messages from $POR Fan Token holders all over the globe will be displayed at the Estádio do Dragão during tonight’s clash vs 🇲🇰.

Ah yes. One of the most exciting perks in my opinion is the ability to be part of the decision-making process of your favorite team, through the use of polls.

So, what decisions do holders get to vote on?

Some examples include the exterior design of the team bus, the pattern choice for new team kit designs, and some clubs even allowing fans to make choices regarding the team motto, warm-up music, and decorations in the locker room.

All polls currently take place on the Socios.com mobile app. Understandably, club managers decide the nature of each poll, but ultimately the fans make the decisions. All results of the poll stand final, meaning that no one on the team can override decisions made by Fan Token holders.

In order to vote in these polls, you just have to hold one Fan Token. However, the more Fan Tokens you hold, the more influential your vote is. The number of total votes is capped by the total number of Fan Tokens in distribution, which is determined by the club during the initial fan token offering.

How to buy a Fan Token 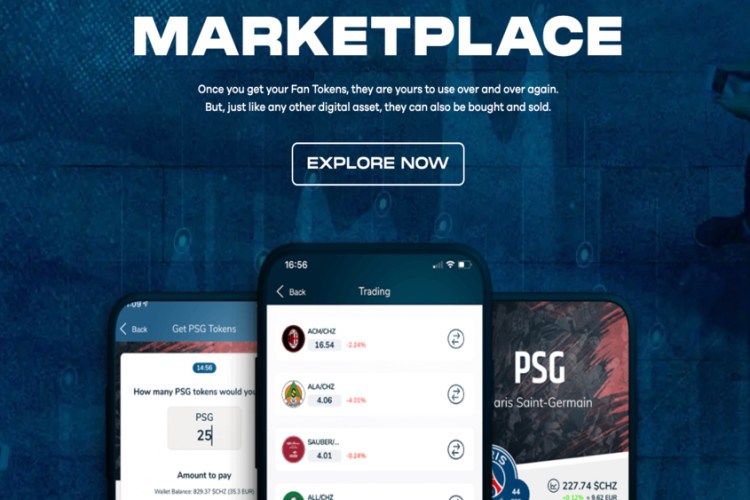 To buy Fan Tokens, you need to use Socios in-app currency called Chiliz ($CHZ) using your debit or credit card. Then, you can exchange your $CHZ for any Fan token on the Socios platform. Moreover, some Fan Tokens are available on secondary NFT marketplaces, allowing you to use other cryptocurrencies to purchase.

Chiliz ($CHZ) is the native cryptocurrency of the Socios platform and is required to buy and sell Fan Tokens in the app. Technically speaking, $CHZ is an ERC-20 utility token that is secured by the Ethereum blockchain and traded on popular exchanges like Coinbase and Binance.

How to sell your Fan Token

You can sell your Fan Tokens directly from the Socios app, under the Market feature at the top of the screen. From there, you can view your personal collection of Fan Tokens, choose the ones you want to list, and select Sell. It’s really that easy.

Similar to the NFT market, Fan Tokens fluctuate up and down depending on the market. Ultimately sellers set the price, and buyers decide if it’s worth paying.

What’s the difference between Fan Tokens and NFTs?

The main difference between Fan Tokens and NFTs is that each Fan Token for an individual team is identical to every other fan token for that team, this is also known as a fungible token, whereas NFTs are unique one-of-a-kind digital assets.

Ultimately, Socios offer teams a platform to connect with their fans on a much more personable level, and users benefit greatly from being holders. From exclusive perks to making decisions about your favorite teams, Fan Tokens are a fun and immersive experience that any superfan is sure to enjoy.

You can view the current Fan Token rankings by market cap on Cryptoslam.io.