A Dive into Keepers of the Inn, the NFT Film Project from Julie Pacino 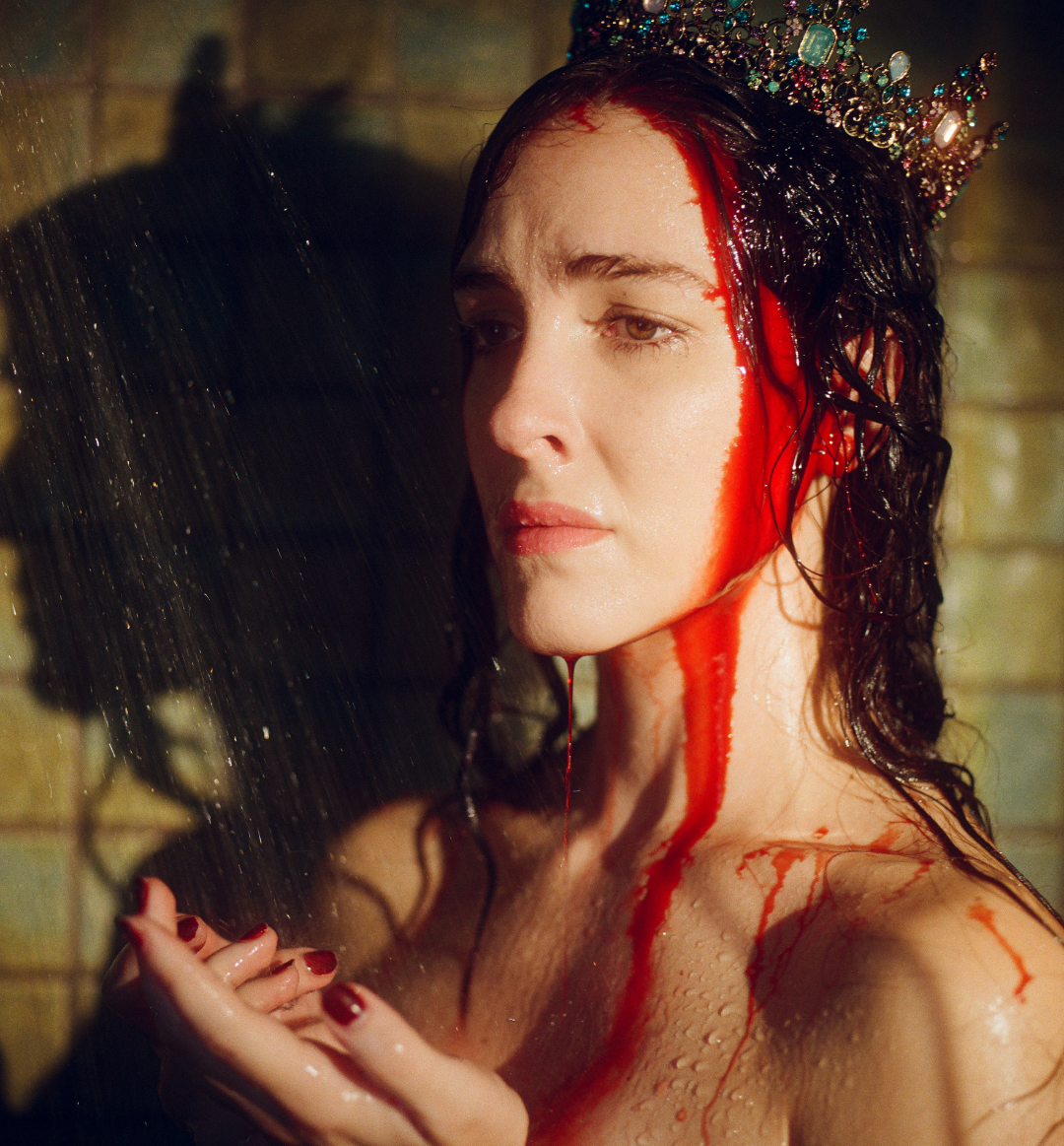 Julie Pacino / Keepers of the Inn

There are many NFT projects currently flooding the market, but there's only one that's considered to be the first NFT-funded and influenced film project. Welcome to Julie Pacino's, Keepers of the Inn.

Who is Julie Pacino?

Working theme for 2022:
“Whenever I feel stuck, I look within…This photo is a reminder that when we’re stuck, or feel out of control, we can always look within to initiate change. Examine the negatives first, and growth will surely follow.”— from @Julie_Pacino @timepieces @TIME pic.twitter.com/dmXnBkSpZI

Julie Pacino is a Los Angeles-based award-winning photographer and filmmaker who’s accredited for writing several movies, a SuperRare artist, and also contributed her talents to the TIME genesis NFT drop.

How the Keepers of the Inn came to fruition

In January 2021, Julie was hired to write a feature-length screenplay.  While being deep in the writing process of this script, she began to suffer from writer’s block. On a whim, Julie decided to head to the Madonna Inn to reignite her creativity.

A little BTS glimpse at where I Live Here Now and Keepers of the Inn started. This was the night before @Julie_Pacino and I ran away to the Madonna Inn for the very first time. Getting ready to run in our own ways! Almost a year ago, I cant believe it 😭 pic.twitter.com/JGb1zfGjt2

Naturally, Julie brought some cameras and film with her in case she was inspired by the hotel. Once she arrived, she swiftly noticed that the Inn started speaking to her.

It was more than a hotel, it was a work of art.  She took nearly 2,000 photos of an actress she works closely with, as the idea of a new character started crystallizing into something special.

Once they got back to Los Angeles, she had the photos developed and realized she had a new concept for a completely different feature-length script: A young actress, disillusioned with the conflicting demands on her body by Hollywood,  runs away to the Madonna Inn after finding out she’s pregnant. But, as she becomes aware of employees watching her every move, she finds that the hotel itself has an even darker interest in her body than Hollywood.

After finishing the initial project she was hired to work on, she jumped right into an entirely new screenplay using the photos she had taken at the Madonna Inn.  Once she had finished writing this new screenplay, she headed back to the Madonna Inn to see if they’d allow her to shoot the film at the hotel.

With an extremely thoughtful pitch-packet about what the Madonna Inn meant to her, and how it was a magical and transformative immersive experience, Julie was able to get the Madonna Inn to agree and let her shoot the film there.  This is the first feature film to shoot at the Madonna Inn.

Around that time, Julie had been introduced to the concept of NFTs. She discovered there weren’t many photographers in the space let alone women or LGBTQIA artists. From then on, she became dedicated to bringing more visibility to female and LGBTQIA artists and finding a way to combine the film and Web3 mediums

We've acquired Jewlery Box by @Julie_Pacino from her "I Live Here Now" collection!

After narrowing down the thousands of photos she had taken at the Madonna Inn to a mere 100 unique images, she released her genesis NFT collection called I Live Here Now. The drop sold out in under 30 minutes.

Astonished, Julie went back to the drawing board to start crafting her next NFT collection, but not before she began receiving equity offers for her new screenplay, which is considered to be the traditional independent way of funding a film.

She was able to get Utopia, a distribution company, onboard to help support her vision, but other equity investors seemed to lack passion for the art of creating, which Julie cares deeply about. At that point, she considered raising the funding through her own NFT drop to be the first-ever film funded by NFTs.

What is the Keepers of the Inn NFT collection?

Thank you to this community for helping us make history. This is just the beginning.

Keepers of the Inn is an NFT collection of 3,356 photographs by Julie Pacino captured during the rehearsal process of her upcoming feature film I Live Here Now.

The photos found in this NFT collection take you deep inside the creative process while bringing you into the world of her movie, which is inspired by Julie’s genesis drop I Live Here Now.

By purchasing one of the NFTs, you own more than a beautiful piece of art, you also get exclusive access to participate in the making of the film.

What a day it's been! I am so proud to say that "Keepers of the Inn" has officially sold out!
I poured my soul into this collection, these photos mean a lot to me, so it's been incredibly touching to see the response to the artwork. (1/2) pic.twitter.com/ovMWpLEtxo

In addition to playing a part in the creation of the first NFT community funded and influenced film, owners of Keepers of the Inn NFTs gain access to several perks, such as:

I know what you’re thinking, these perks are awesome, but that’s not all you get if you decide to collect an NFT from this one-of-a-kind collection.

Additionally, holders will have the opportunity to receive various props from the set of the movie, merch, airdrops, first access to trailers and movies, IRL events, as well as chats with the cast and crew.

Keepers of the Inn grants

I really love photography as an art form, so when I saw how 'Keepers of the Inn' was coupled with innovative ideas - like funding a feature film through NFTs, grants for female artists, a ton of perks for collectors and the chance to influence the film - I was instantly hooked. pic.twitter.com/9R0ODEFhCU

If you collect all five Heavy Lies the Crown film photos, you get an Executive Producer credit and all expenses paid weekend stay at the Madonna Inn, an invite to the wrap party, the red-carpet premiere, and you can choose to appear in the film.

Collect all three of the Cult of Pinkfilmphotos and you get an Associate Producer credit, a one-night stay at the Madonna Inn, and an invite to the wrap party.

To finish it off, if you collect three Kept photos then your name or wallet address will be featured as a “Special Thanks” credit in the film.

A female filmmaker short film competition has also been launched in association with Keepers of the Inn.  Because Julie cares deeply about bringing more female artists and filmmakers into the NFT space as female artists only make up a small percentage of total sales, these grants will be distributed to fund three short films written and directed by women.

The recipients of this award will be chosen by a community vote.  All three short films will be minted and distributed as part of a Keeper's of the Inn grant collection, with all proceeds going to the filmmakers.

By purchasing their work through the Keepers of the Inn Fund, also known as Cult of Pink, fifty percent of secondary sales revenue will be donated to supporting female and LGBTQIA filmmakers and artists in the space.

What Julie is creating through NFTs is something truly special. Not only is she an award-winning photographer and filmmaker, but she’s also an innovator in the Web3 space, bringing value to other creators and collectors.

Being that this is the first NFT community-funded and influenced film, I believe this project is a huge opportunity for anyone to own a historical piece of art, as well as partake in what may be a game-changer in the film industry.

Curious to learn more about Julie and her Keepers of the Inn NFT project? Feel free to stop by the Discord and say hello.