Behind the Scenes with Superplastic's Paul Budnitz 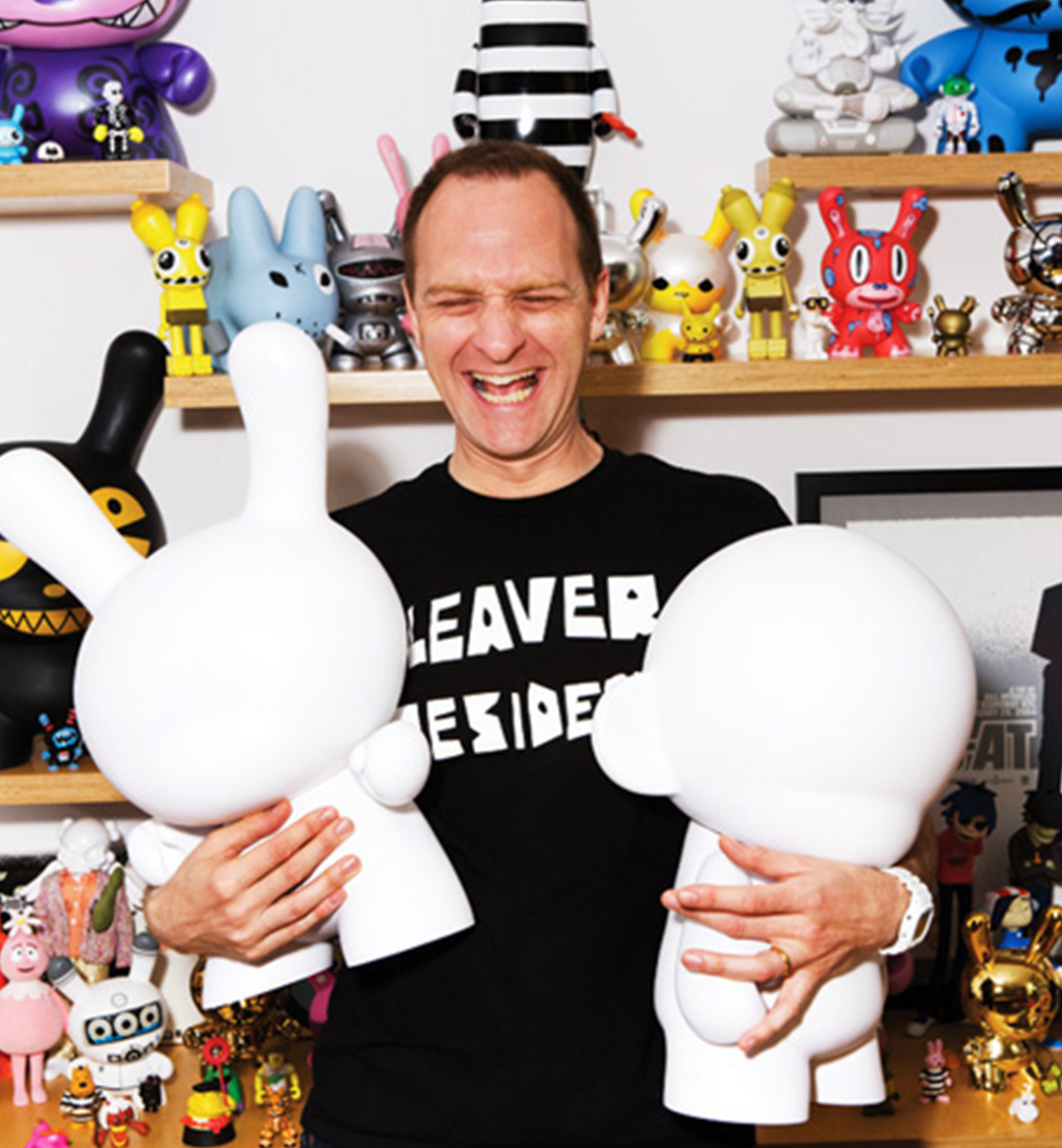 Artists from all different backgrounds have had an opportunity to flex their creative minds in the NFT space and Paul Budnitz is no different.

Who is Paul Budnitz?

Paul Budnitz has a long track record of tinkering and innovating dating back to his high school years when he programmed computer games on the Commodore 64 and wrote safety analysis software for nuclear power plants.

He was also the first person to cut a feature film (which he directed) using a computer. His list of accomplishments is long, from building a Facebook challenger to blending toys and art to make highly collectible items. 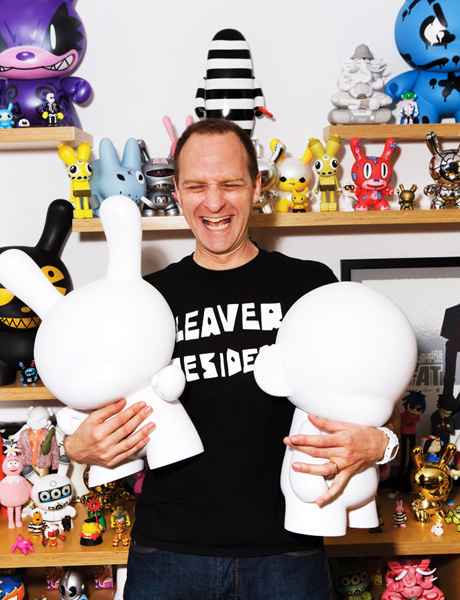 Budnitz summed up his knack for stretching creative boundaries rather simply:

All of my good ideas come out of my not having a boss.

Budnitz is currently the founder of Superplastic, the Burlington, Vermont-based company that’s doing a vinyl toy collab with Bored Ape Yacht Club, an NFT collab with Gucci, another collab with Paris Hilton, and the company’s own NFT project that features virtual superstars Janky and Guggimon.

NFTs have afforded existing artists a wide scope of new possibilities to explore and channel their creative energy. Let’s dive into what Budnitz is working on. 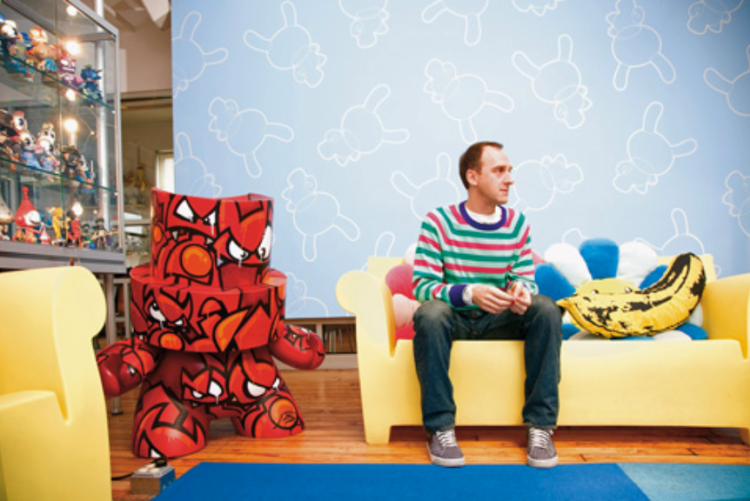 I’m a pissed-off artist in a nice way.

In the early 2000s, Budnitz was in Tokyo to sell vintage clothing and noticed that there were people in Hong Kong selling handmade toys that “appropriated manufacturing processes to make beautiful art” by including manufactured clothing on the toys.

This inspired Budnitz to create KidRobot in 2002 which allowed him to help create a new category called art toys.

Eventually, art toys from the KidRobot line were admitted into the Museum of Modern Art (MoMA).

At the time, you could purchase the toys in “blindboxes” for about $8, which meant you didn’t know what toy you would get. They were also sold in limited edition quantities that appealed to sneakerheads, graffiti artists, and designers.

KidRobot hosted events to help build a community around the products and even created a secondary market that allowed other artists to sell customized versions of the toys.

NFTs might not have arrived for another two decades, but all of the concepts delivered by KidRobot are awfully similar to the fun mechanics that make NFTs and the artists behind them very collectible today.

Just Make Things That Are Awesome

Budnitz poured all of his energy into KidRobot but eventually sold the company in 2014.

He had plans to make the art toy characters even bigger, bringing them to Hollywood, but explained that the power brokers were dinosaurs and that it was difficult to get past gatekeepers to bring his vision to life.

I can’t tell you the number of calls I get from movie studios who don’t use Instagram.

He understood that virtual characters could gain fame and be fun for an audience if the content was good. He decided to create Superplastic, another art toy company, but this time leverage new platforms like TikTok to bring their stories to life in a way that he couldn’t before.

Janky and Guggimon, the main art toys sold by Superplastic, were brought to life virtually by Budnitz and the team.

The characters currently have 3.8 million followers on TikTok (with another 2 million on Instagram) and they interact with fans in Superplastic’s Discord group, which has over 30,000 members.

When I asked Budnitz his secret for rocketing the characters to fame on TikTok and other platforms, he replied: “Just by making awesome content.”

He went on to say that being a celebrity today means that you are in tune with culture.

Celebrity and popularity will continue to evolve and have opened even more doors for virtual characters. Much like the Gorillaz, created characters have just as much of a path to become famous as do the traditional celebrities we have known our entire lives.

Budnitz has plans to expand his Superplastic universe of characters to pervade all media types without losing focus. He reiterated that everything about them has to be awesome.

He also noted that any collaborations or partnerships he enters are extremely selective because “we own and control the IP and the only brands we work with are the ones we admire.”

The characters that he has created have been brought to life in detail. Everything from their personality, stories, look, how they carry themselves, what they wear down to their Instagram bios convey the feeling of life-like personality. 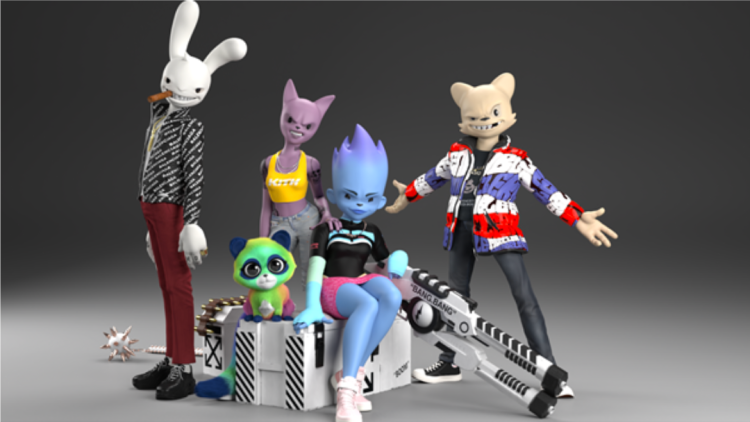 Budnitz is used to saying no a lot.

He’s had to turn opportunity away to maintain a focus on what he believes will be quality and what he can deliver through his artistic vision.

That was before he fully understood the potential of the blockchain to create works of art that could change over time. He saw all the possibilities such as  admission tickets, free gifts, as well as owning and being part of a brand people believed in.

Budnitz and his team then created episodic NFTs with the first episode SUPERPLASTIC: The Janky Heist launched in collaboration with Christie’s Auction House. The NFT project features the popular synthetic celebrities Janky and Guggimon. You can check the collection on OpenSea here.

They also recently airdropped a PILLZ NFT to holders of the original collection to get HEADTRIPZ NFTs, episode 2 in the series, with a chance for holders to get GAWDTRIPZ NFTs that were created by Gucci Ghost, OG Slick, E-40, Paris Hilton, SSUR, Jim Jones, Iann Dior, and more.

The project has lots in store for holders and you can read more about that on their roadmap, but expect Budnitz to dream big and execute his vision with passion over the coming years.

The team also released SUPERPLATIC: SUPPERGUCCI in partnership with Gucci.

The collaboration between Gucci and Superplastic is a three-part series of ultra-limited NFTs co-created by Gucci's Creative Director Alessandro Michele and synthetic artists Janky & Guggimon.

Each NFT incorporates House codes found in the Gucci Aria collection and comes with an exclusive 8-inch tall white ceramic SUPERGUCCI SuperJanky sculpture, hand-crafted by ceramicists in Italy, which are limited to 500 made.

Budnitz noted that the group over at Gucci is “awesome” and has similar maniacal control over their brand but is very collaborative and together they came up with an awesome NFT offering.

I still feel like a loser a lot of the time, but I know it. You can’t win at poker unless you know you’re going to win the hand even if you are holding nothing.

I asked Budnitz for his advice to aspiring artists and he summed it up as a combination of “talent and value”.

The bottom line is that you have to believe in yourself and you are the judge of the value you bring.

He further elaborated and said that “it is not fake it ’til you make it. You have to really know what you are doing and adopt in your own mind that the thing you are making really is the shit. I made that. I deserve to be working with Gucci and if they’re not willing to do that, say no.”

Being able to say no is critical. You have to do it with enthusiasm (not arrogance) all while believing deeply in yourself. It may also mean saying no to the doubters who don’t see your value right away.

Budnitz is decades into his career and is a seasoned artist, but many who are just starting their journeys need to combine self-awareness with self-confidence.

Ultimately, the market will respond to your art, but your inner beliefs about yourself and your creations are what give the market (your fans and collectors) confidence in your work.