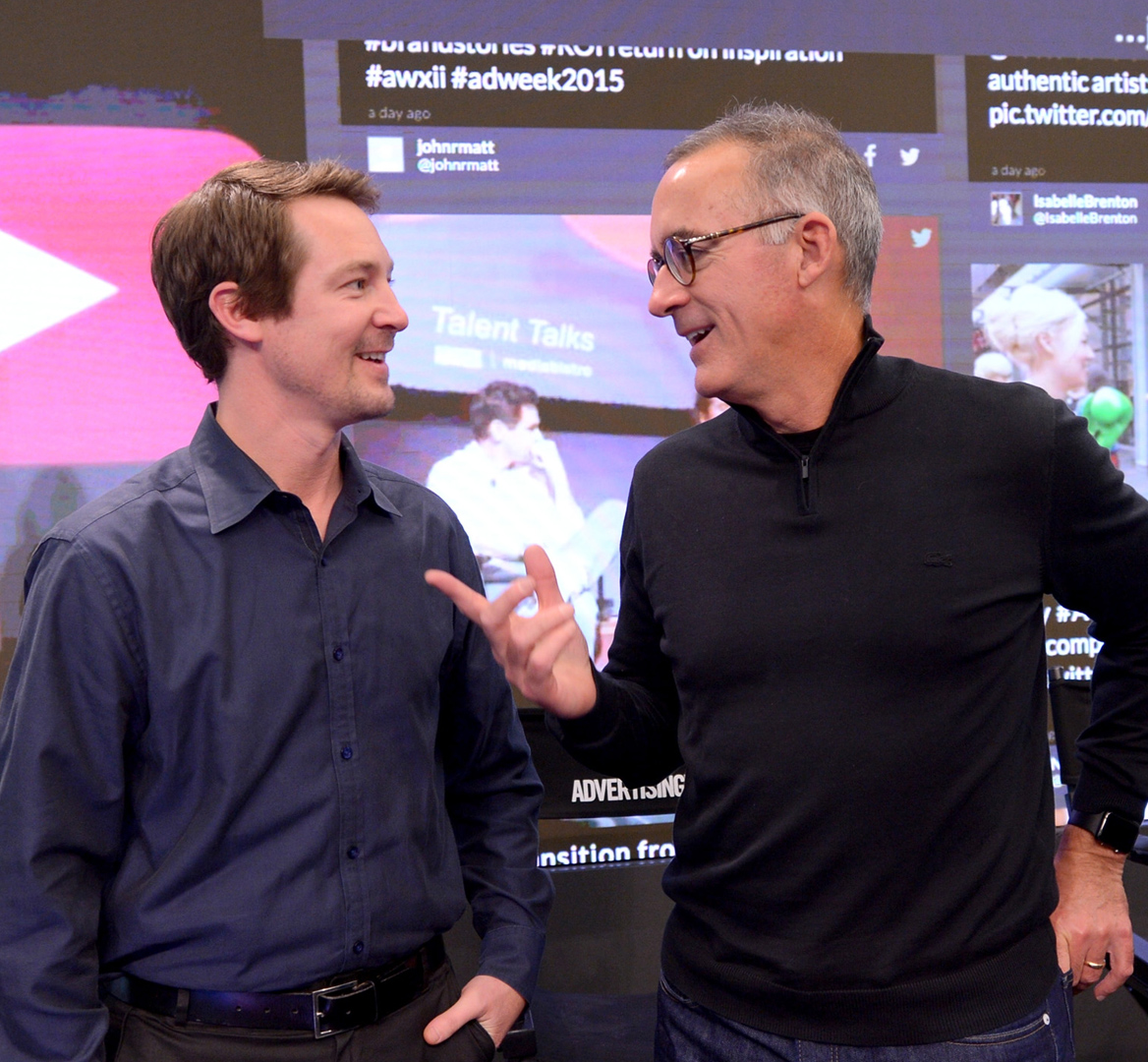 These CMOs have the real wisdom—they know the industry like the back of their hand and have worked their way up to top executive positions at their respective companies. They’ve triumphed and they’ve failed but along the way, they’ve learned invaluable lessons. That’s why they’re the best of the best. Jim Stengel, host of The CMO Podcast and former CMO at Procter & Gamble, grills top CMOs about their motivations, career insights and perspectives.

From companies like Adobe and Shell, these marketing masters have the tools for success and the advice that can lead you to your own breakthrough.

1. “Any crisis that you don’t use as an opportunity to either change or reflect is a waste.”

Adobe’s Ann Lewnes has encountered a fair share of crises. She recalls the time Steve Jobs said Apple would remove Adobe Flash Player from their products, and she says it takes looking within yourself to get to the other side of a big challenge. With the tech industry especially, there is so much uncharted territory and therefore lots of room for error. Learning from those inflection points and taking the high road will pay off in the end.

2. “If you’re not failing, you’re probably not pushing the envelope far enough.”

Nobody likes failure, but Twitter’s Alex Josephson says it’s a necessary byproduct of doing your job and taking risks. Even more, Josephson encourages speaking up when you fail. Admit it, address it and move forward. Another good strategy: surround yourself with people who tell you what you don’t want to hear. Their honesty will make you better and help you bounce back from those failures.

3. “If you don’t control the narrative, someone else will for you.”

Own your story. Period. Whether that’s in reference to a brand or your own identity, put time and energy into creating a story you want. ADP had what Lorraine Barber-Miller called an “unmatched story,” but some were content with just letting their work speak for itself. Barber-Miller espouses the opposite: speak up about your product or company. Don’t let your competition or consumers define your brand. You tell them who you are.

4. “I truly believe people do business with you based on what you stand for and what you believe, not what you sell.”

“Brand purpose” is a term very familiar to marketers, and one that for Barber-Miller involves an emotional connection with consumers. She says the key for maintaining strong purpose is embracing your identity as a brand and continually elevating it to the next level. To stand out from competitors, you must invest in those core values of the company to convey to customers your authentic voice and offerings.

5. “Your relationship with your peers at work is a key component of happiness”

Though CMOs are generally outward facing executives, their relationships within their company are just as crucial to their success and happiness. NYU Professor Scott Galloway should know—he wrote The Algebra of Happiness and has researched extensively about love, success and approaches to work. He discovered that having a friend at work is the number one source of retention for employees, putting to rest his old feelings that talk about HR and culture were “bullshit.”

6. “I’ve always maintained the same tactic of whenever I’m confronted with something new or complex, I try to explain it to the 12-year-old version of myself.”

Knowing who you are can solve many work-related problems. Shell’s Dean Aragon proudly says he has maintained his own personal brand. He’s a self-proclaimed straight talker and says he’s developed this strategy to simplify big problems: if you can explain it to a kid, you understand the core of an issue or what you are trying to accomplish. Sometimes the problem isn’t as complex as you originally believed.

When Ann Lewnes made a major career move to Adobe, she tried to shake things up too quickly. While coming into a new role or company with big ideas may sound like a way to make a great first impression, it can have unintended consequences. Lewnes came in with grand plans of reworking the entire office layout but neglected to hear from the people who had been at the company for much longer than her. She learned that change happens step by step and requires more methodical action.

Aragon grew up in Manila in the Philippines with his sights set on being an economist, not a brand manager. He eventually discovered his interests, but suffered from what he calls a “colonized” mindset—he doubted whether or not he could make it outside. He believes imposter syndrome can actually be healthy to an extent, but you’ll never know until you try.

9. “Even if you’re doing a terrible job, but you’re going about it in a selfless fashion, I do think people will at least trust your intentions.”

Josephson believes his superpower as a leader is selflessness, always trying to put his team first. He said he admires Twitter’s CEO, Jack Dorsey, because he leads with humility despite his undeniable success. But he also stresses the importance of conveying to your team how much you care. Staying late and dealing with the physical and emotional tolls that come up shows people how important your work is to you.

10. “Loyalty is a function of appreciation and the way you demonstrate appreciation is you take time to say: I’m gonna try to figure you out and really understand what you want…”

You and your boss don’t have to talk every day to establish effective lines of communication, but frequent feedback is absolutely key. As Galloway says, you should never walk into a meeting thinking, “I could either get a promotion or get fired.” Building a communicative working relationship with the people below and above you will serve everyone involved. And even more, you will build the kind of loyalty that keeps everyone happy.