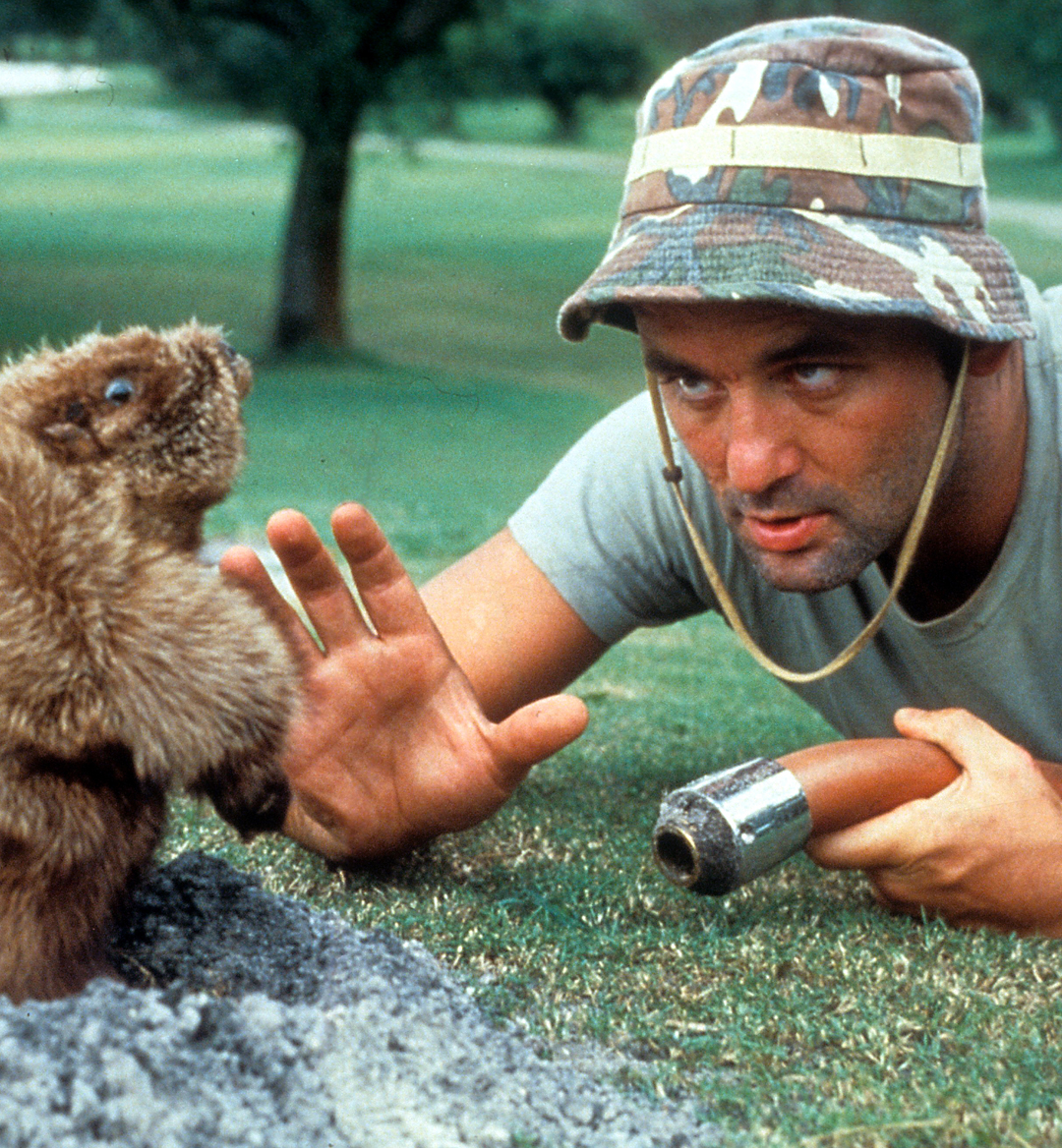 Few actors have had as lengthy and successful of a career as Bill Murray. The comedic performer got his start on Saturday Night Live’s second season and has since cemented himself as an icon of the cinematic world, appearing in numerous comedic and dramatic films. Whether Bill Murray is delivering dry one-liners or pouring his heart out on the big screen, few actors can match the actor’s prolific and critically acclaimed career.

Over the years, Bill Murray has done everything from play leading men in swanky romantic comedies to taking on small, hilarious roles that often steal all of the focus in larger movies. Whether he is tasked with making the audience laugh or cry, Bill Murray has an amazing ability to display emotional range on-screen and knows exactly how to ensure that viewers can connect with his eccentric or sometimes off-putting characters.

Bill Murray may only have a small role in Ruben Fleischer’s Zombieland, but his appearance in this original and hilarious film is absolutely worth praising. As the film’s core ensemble explores the zombie-infested wasteland, they wander upon a mansion that just happens to contain Bill Murray, playing himself, hiding out in it. Everyone has come up with their own survival and coping mechanisms to deal with the apocalypse, and it turns out Bill Murray’s talent is using his superior acting skills and dressing like a zombie to avoid the undead.

Something about watching this extremely 80s adaptation of A Christmas Carol this time of year feels extremely right. Bill Murray stars as greedy and job-obsessed television executive Frank Cross, an updated take on Ebenezer Scrooge, as he confronts a number of Christmas Ghosts who are trying to help him break out of his cold, emotionless existence. Directed by Richard Donner, Scrooged marks Murray’s hilarious and triumphant return to the big screen after taking a four-year hiatus following the success of Ghostbusters.

It’s hard work constantly saving the day, but Charlie’s Angels make it look easy. Directed by McG, this star-studded adaptation of the 1970s TV series follows three badass spies, a.k.a. Angels, as they use their wits, strength, and sexual charm to stop a voice-identification software from falling into the wrong hands. Unfortunately, Bill Murray’s performance as Bosley, the Angels’ main connection to Charlie, is sullied by the fact that his co-star Lucy Liu alleged that his behavior on set was unprofessional and aggressive, likely explaining why he was replaced by Bernie Mac in the film’s sequel.

Before Bill Murray and Harold Ramis crossed streams and became Ghostbusters, the duo co-starred and enlisted in the army together for director Ivan Reitman’s Stripes. The 1981 comedy follows John Winger (Murray) after a string of unlucky incidents convinces him that he should join the Army to shake up his life. Along with best friend Russell Ziskey (Ramis), the two slackers quickly bond with their new platoon and spread hijinks across the regimented Fort Arnold.

In Theodore Melfi’s St. Vincent, Bill Murray plays the titular Vincent MacKenna, an alcoholic Vietnam War veteran who is kind of wandering through life as he deals with the emotional weight of having an Alzheimers-ridden wife who no longer recognizes him. Upon getting new neighbors, Vincent strikes up a relationship and ends up becoming a care provider for Oliver (Jaeden Martell), the child who now lives next door. As Vincent starts bringing Oliver around on his normal visits to the bar or racetracks, the two develop a bond that helps both of them mature and get out of their own personal ruts.

The Bushwood Country Club has hit a bit of a rough patch in Harold Ramis’ Caddyshack. Plagued by rude new member Ty Webb (Chevy Chase) and a gopher that keeps tearing up the golf course, the regulars at the country club just can’t quite experience the relaxation and luxurious amenities in peace like they used to. The entire ensemble delivers on the laughs, but it’s really Bill Murray’s performance as the gopher-obsessed and partially unhinged groundskeeper Carl Spackler that will plant itself in your memory and make you giggle for years to come.

9. The Life Aquatic with Steve Zissou

Don Johnston’s (Bill Murray) past has finally caught up with him after he receives a mysterious letter indicating he had a son with a woman years earlier. With the help of his neighbor Winston (Jeffrey Wright), Don hatches a plan to visit a number of his ex-partners to try and determine just who sent him the letter. Directed and written by Jim Jarmusch, this unique film is both touching and incredibly hilarious thanks in part to Murray’s wonderful performance at the center of all of the film’s emotional chaos.

Rumor has it Murray wasn’t exactly clear on the details when he signed on to voice the lazy orange cat Garfield, but the actor was definitely sure of himself when he signed on to voice Baloo the bear in Jon Favreau’s live-action adaptation of  The Jungle Book. While some of the live-action Disney adaptations haven’t quite delivered the same entertainment as their animated counterparts, this take on The Jungle Book is both beautiful to watch and incredibly heartwarming. The stacked voice cast features performers like Lupita Nyong’o and Christopher Walken, but Murray’s charming take on Balloo, especially his rendition of “The Bare Necessities” makes the film a must-watch by itself.

Royal Tenenbaum (Gene Hackman), the patriarch of the eccentric Tenenbaum family, is finally ready to make amends with his three grown children in Wes Anderson’s The Royal Tenenbaums. The film features a stacked ensemble and narration from Alec Baldwin. It examines how emotionally stunted the three genius Tenenbaum children are as their father tries his best to make amends for being absent. While not a direct member of the Tenenbaum family himself, Bill Murray plays neurologist Raleigh St. Clair, the older husband to playwright Margot Tenenbaum (Gwyneth Paltrow).

Tim Burton’s love letter to B-movie director Ed Wood stars Johnny Depp in the titular role as the eccentric filmmaker. Following Ed as he makes low-budget science-fiction films in the 1950s, the silly and character-driven film gives viewers a unique look behind the curtain at how films were produced and conceived as the Hollywood machine pivoted after World War II. Bill Murray doesn’t have a huge role, but his performance as John “Bunny” Breckinridge, a drag queen and friend of Ed’s who helped him create Plan 9 from Outer Space is incredibly memorable and stands out amongst the film’s talented ensemble.

There are a few Wes Anderson movies on this list, but Rushmore marks the first time Bill Murray collaborated with the director.  Starring Jason Schwartzman as Max Fischer, a unique student at the prestigious Rushmore Academy, Rushmore follows Max as he tries to win the affection of Rosemary Cross (Olivia Williams), a new first-grade teacher at the school. Having been more preoccupied with extracurricular activities than dating, Max turns to Herman Blume (Murray), the father of two of his classmates, for help learning how to woo women. What follows is a hilarious and over-the-top battle between the two for Rosemary’s affection that makes them both look more childish than manly in every way.

If at any point, the quarantine has made you feel like you’ve lived the same day over and over again, then the frustrating and hilarious Groundhog Day will feel incredibly relatable. Directed and co-written by Harold Ramis, the film follows weatherman Phil Connors (Bill Murray) as he gets stuck in a seemingly never-ending time loop covering the Groundhog Day holiday festivities in a Pennsylvania town. Repeating the same day over and over again, Phil does everything from panic about being stuck to realizing he can live life as freely as he wants. Fortunately for Phil, getting the chance to repeat a day as many times as he wants also means he gets infinite opportunities to woo Rita Hanson (Andie MacDowell), another journalist covering the holiday.

Written and directed by Sofia Coppola, Lost in Translation stars Bill Murray as Bob Harris, an American actor who moves to Tokyo for a promotional job amidst a career slump and personal midlife crisis. As Bob struggles with his loneliness and searches for meaning amidst his fish out of water feelings in Japan, he meets Charlotte (Scarlett Johansson), an American woman staying at the same hotel as him with her husband. A non-traditional romantic comedy, the film follows them as they slowly develop a close bond that helps them both examine their lives in a more honest, compassionate manner.

We all know who to call if there are rodents in our apartment, but Ivan Reitman’s Ghostbusters finally informed all of us who we should reach out to in case ghosts start infesting our space. After three university researchers lose their funding, they establish a paranormal business to help the citizens of New York City confront pesky ghosts. Everyone in the film’s stacked ensemble gets a moment to shine, but it’s really Murray’s dry wit and borderline mocking of everything happening on screen as Peter Venkman that makes his performance one of the most enjoyable aspects of the film.

Watch Now on Prime Video
Slide 1 of 3
Did you like this article?