The 12 Best Michael B. Jordan Movies You Should Watch ASAP 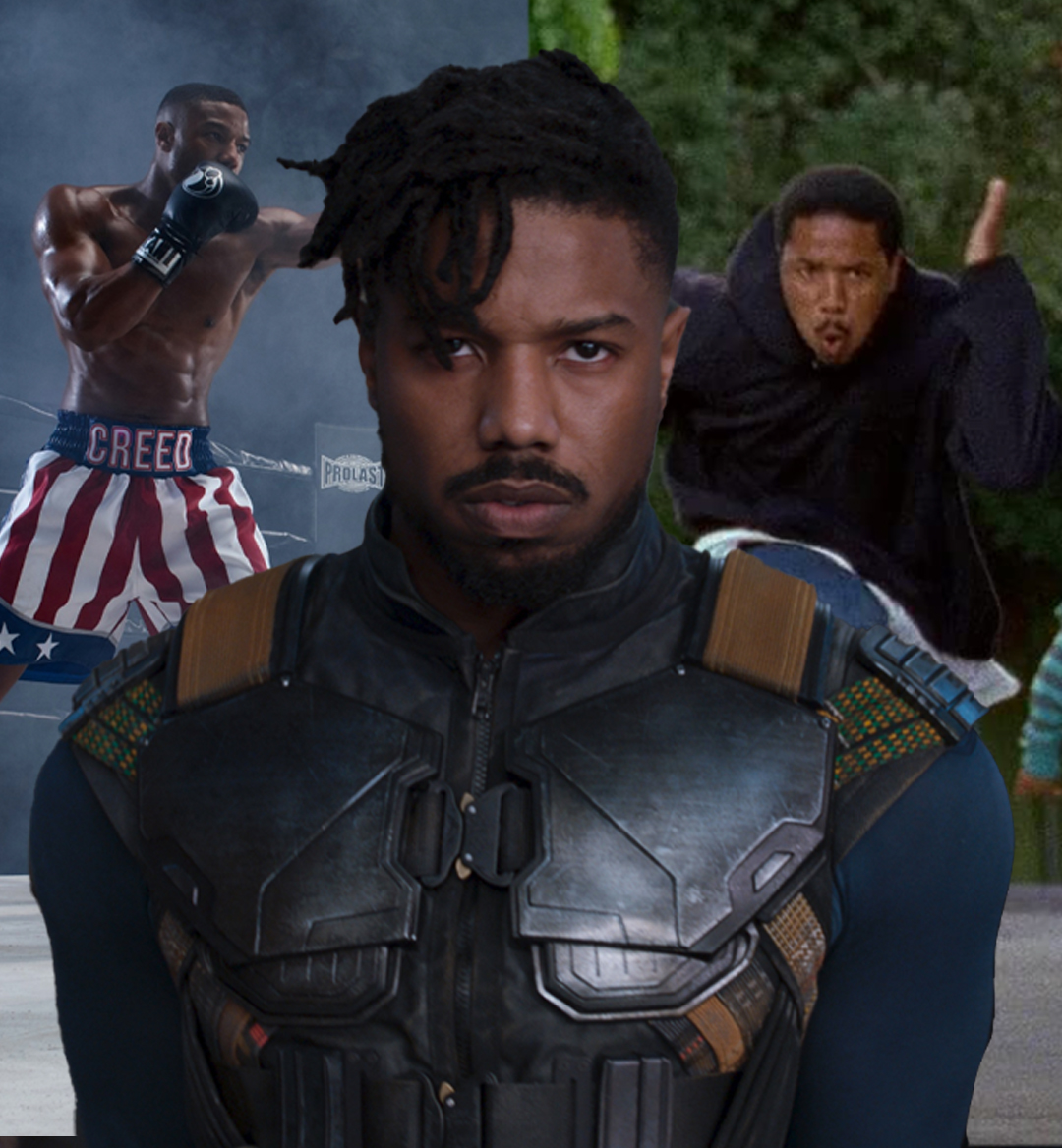 A champion boxer, a comic book villain, a legit dramatic actor, the sexiest man alive for 2020, and soon-to-be a director all in one. Michael B. Jordan is one of the hottest working actors in Hollywood today. Throughout his career, he has starred in some truly awful films, most notably Josh Trank’s infamous Fantastic Four, or “Fant4stic” as it has been dubbed by “fans.” Despite this, there are some gems and underrated works that round out his filmography. Here are the best Michael B Jordan movies.

Telling the tragic story of Oscar Grant, who was killed by police at the Fruitvale Station stop of the BART line in Oakland. Harrowing and powerful even today, perhaps even more so today, Michael B. Jordan puts forth a stellar performance as he interacts with family, friends, rivals, strangers, and everything in between before facing his fate. A sad experience for sure, but an entertaining one. It will keep you glued to your seat as Ryan Coogler films tend to do. Coogler at his most raw, before the fame and before he was pulled away from the simplicity of this by Marvel Studios. Worth a watch to see what Jordan is like at his dramatic best.

Director Destin Daniel Cretton works with previous collaborators and Michael B.Jordan for this law tale about fighting injustice and discrimination. This film features killer performances from Jordan, Brie Larson, and Jamie Foxx. A film that understands empathy and human emotion more than most. Another one that will bring out some sadness, but is worth it, confronting the horrors prejudice brings on the big screen is always an important watch.

People were skeptical when this was announced, but were quickly proven wrong. Another Coogler and Jordan team up. Impeccably shot and full of emotion and excitement. Fight scenes that rival and potentially surpass the original Rocky, and stories of family, heart, and perseverance that pack a punch. A rare example of a faithful follow-up so many years later, in part thanks to Michael B. Jordan’s stellar performance.

Josh Trank’s first shot at a Michael B. Jordan feature, and it worked out! Short and sweet, and full of intrigue. Fascinating sci-fi concepts are presented in a mixed style, both found footage and a superhero-esque film. Cheesy at times but full of strange realism in terms of human reactions. An exciting watch if you can endure some aspects that have aged poorly over the years.

Michael B. Jordan’s real best superhero film. Sorry, Black Panther. DC Entertainment and Warner Brothers animation has always killed the game when it comes to films. A truly underappreciated medium. Adapting one of the most iconic DC comics story arcs of all time in a way as faithful as it can get without being confusing and convoluted. A complex story with layers upon layers of wondrous content. Jordan voices Victor Stone (Cyborg) in a killer vocal performance, proving he’s worthy of sharing the role with Ray Fisher.

Although I prefer Flashpoint, Black Panther is a banger in its own rite. A comic book film so acclaimed that it was nominated for Academy Awards. Whether or not that was deserved is not up to me, but it is really saying something about the quality people see in this. Chadwick Boseman’s Black Panther is incredible, and it’s a shame he was taken away from us so soon. Michael B. Jordan puts up a good fight, giving a performance that nearly is as good as Boseman’s. Dramatic and thrilling, and quite nice looking.

Not quite as good as its predecessor but still a banger. Fails to learn the lessons that it had to from the Rocky franchise. As you further into a boxer's career the more likely it is to get generic. So, yes, more generic than the first, but still exciting and emotional. A film with killer performances and full of themes of masculine pride and battles between generations. Fascinating and well directed.

Underrated. Tom Gormican is a filmmaker who I believe doesn’t get nearly enough credit. He also directed a notable surprise this year with The Unbearable Weight of Massive Talent starring Nicolas Cage. That Awkward Moment is a charming film about a trio struggling with relationships and letting loose. Not his funniest, or best, but a solid romantic comedy that deserves to be seen, especially in the wake of Gormican’s recent success.

Directing duo Jonathan and Josh Baker’s 2018 output Kin is an underseen film with yet another stellar Michael B. Jordan performance. Don’t go in expecting a balls-to-the-wall thrill of science fiction greatness, but for those looking for a quiet interesting watch with Sci-Fi elements with a small hint of Michael B. Jordan, this is the one for you.

10. A Journal for Jordan

It’s in the name. A Journal for Jordan, stars Michael B. Jordan. A Denzel Washington-directed film that depicts a true story in an accurate way, and has the heart in the right place. Based on the true story of First Sergeant Charles Monroe King, it is worth a watch just to learn the story of a man dedicated to his family.

A slightly underappreciated film in action circles, this entry in Tom Clancy's film adaptations catalog is an action slugfest that never lets up from wire to wire. Jordan puts forth an impressive performance that can wow a viewer easily. Sort of feels like a throwback to action blockbusters of old. Not incredible, but worth a watch.

A struggling coach trying to save his boys from the falls of Gang life, Hardball features an early performance from Michael B. Jordan. The movie stars Keanu as a gambling addict struggling for cash who turns his life around by coaching a little league baseball team. He ends up helping his team, dad vibes from Keanu and great young performances round out the film. A great early example of how phenomenal his performances would shape up to be, and surely one of the best Michael B. Jordan movies.