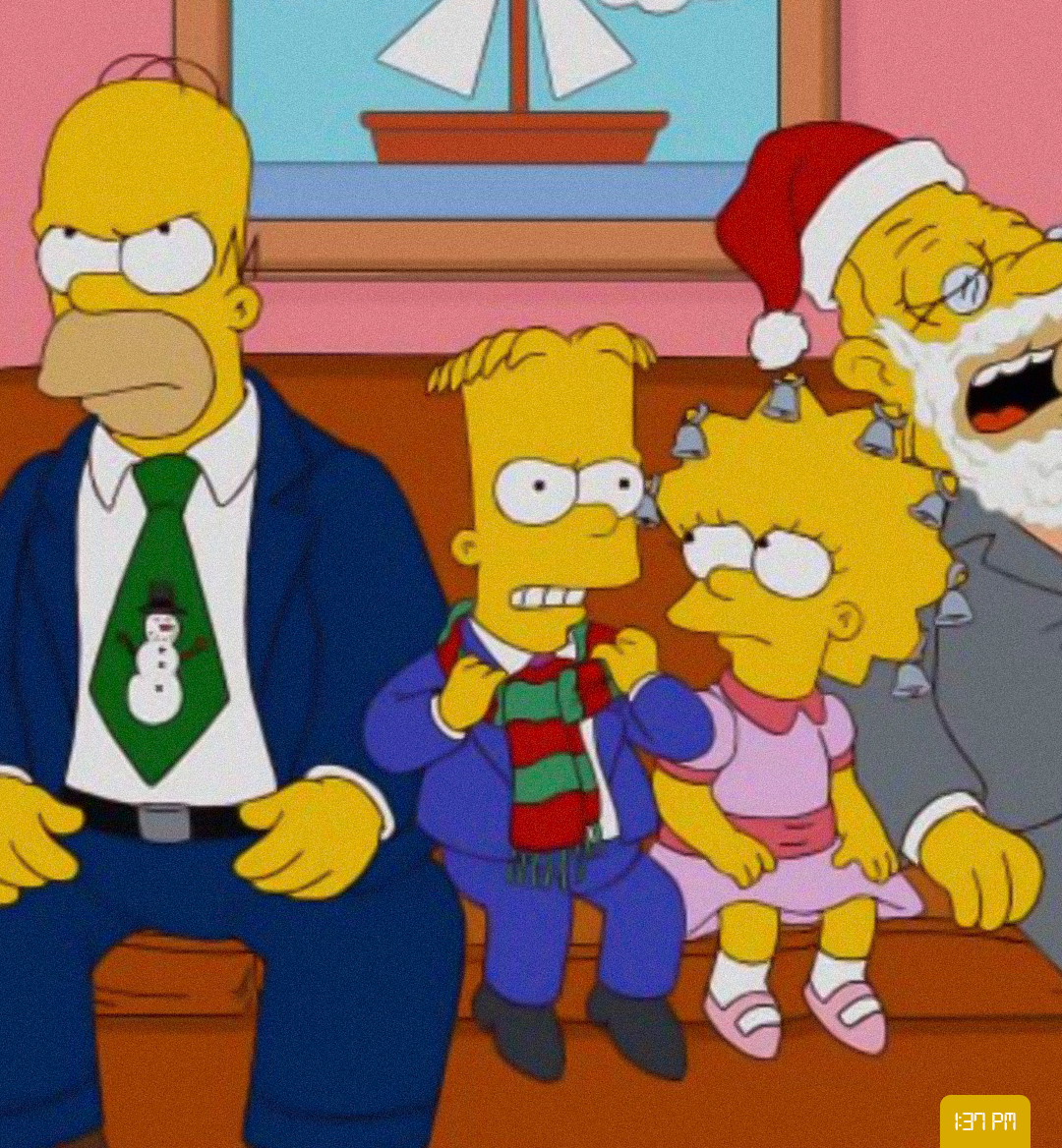 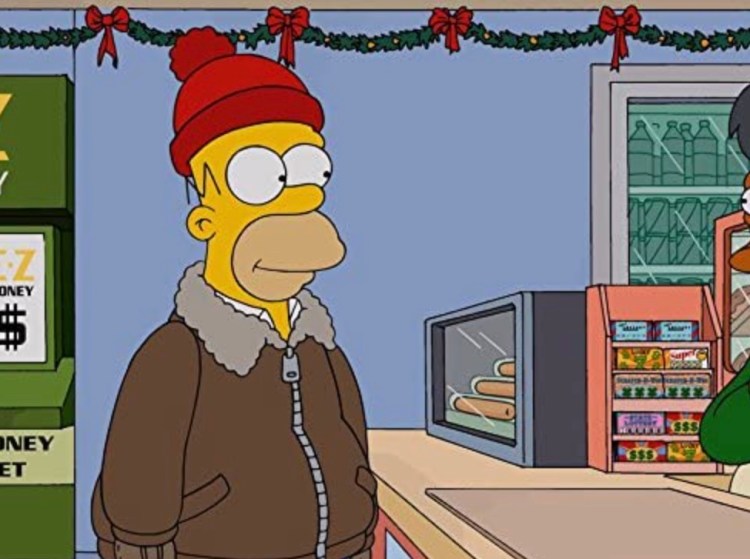 After Homer spends a long night at Moe's, Marge refuses to let him stay in the house as he was extremely irresponsible. Given this, Homer walks aimlessly around Springfield in a pretty sad manner. However, the only real reason that Homer stayed out so late was that Moe was feeling down, which finally gets relayed to Marge after Moe enters their house through their chimney. 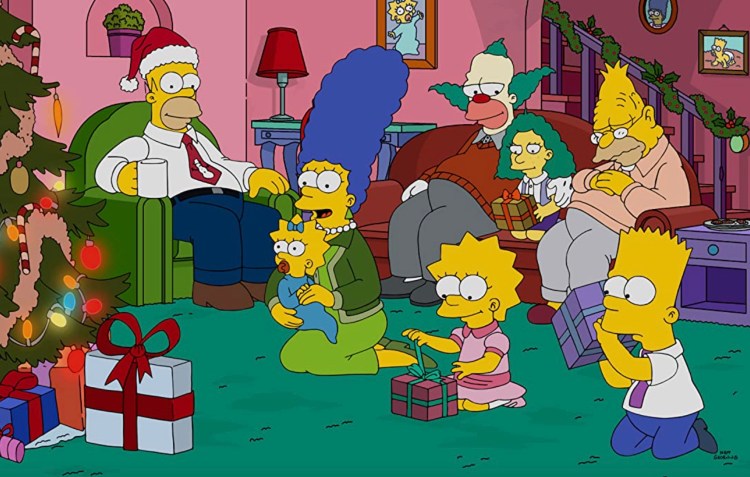 In an effort to give his daughter an unforgettable Christmas, Krusty the Clown decides to spend the holiday with the Simpsons. At the same time, Maggie receives a pretty ominous toy and Reverend Lovejoy is looking to convert the people of Springfield to his church given its recent low attendance. Because his daughter decides to become Christian, Krusty wants to convert and even gets baptized, but when he falls through the ice during his baptism, he has a telling hallucination. 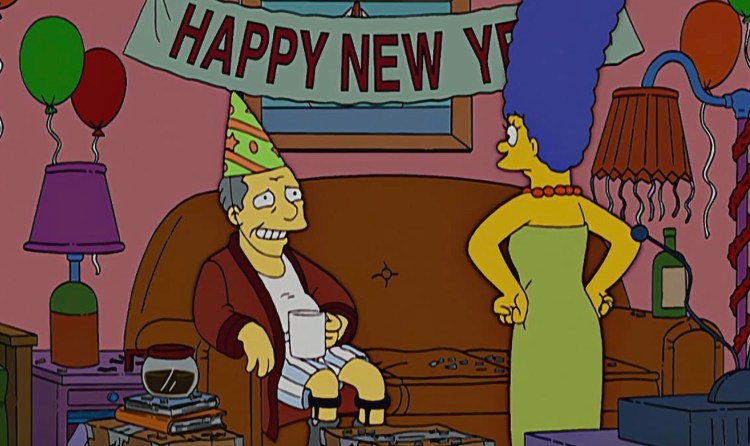 After Lisa tells the mall Santa that she wants a specific, sold-out playset for Christmas, he goes into the backroom and actually gives it to her. Being that Gil Gunderson was dressed up as Santa, the Simpsons want to thank him, so they invite him over for Christmas Eve. However, Gil ends up becoming a permanent house guest after it turns out that he's out of work. Though Marge lets him stay until New Years, this date keeps getting pushed further and further back as she can't stop feeling bad for him. 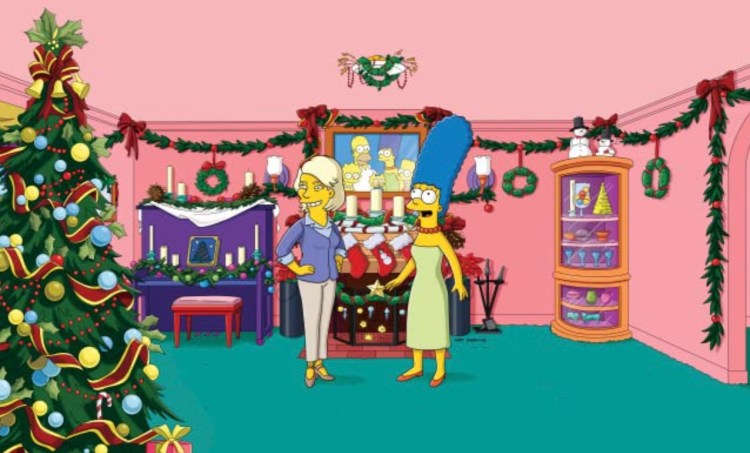 Covering four different storylines, "The Fight Before Christmas" focuses on Marge, Bart, Lisa, and Maggie's dreams around Christmastime. Marge dreams about Martha Stewart, while Bart's dream is a spoof of The Polar Express. Lisa's dream is a bit historical with it being set during the time of WWII, and Maggie's dream has her whole family transformed into puppets. 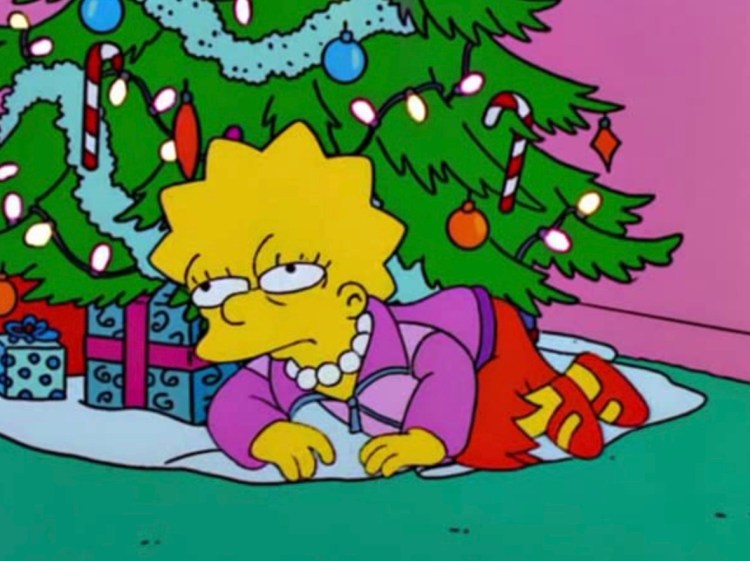 Lisa explores her faith in this Christmas episode as she leaves her church and decides to convert to Buddhism. This is all brought on when the church in Springfield starts advertising on the side of their building as the church is in need of funding. As she learns more about Buddhism, her old church starts defaming her and calling her a devil child. 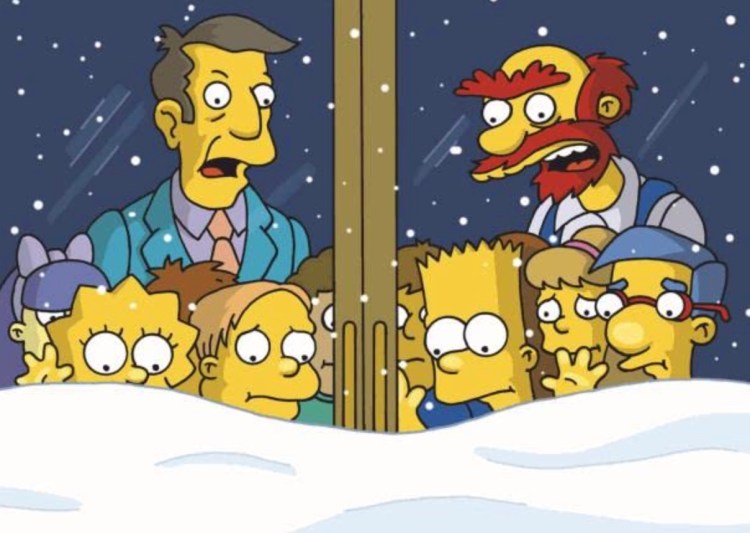 After a giant blizzard traps the students, Principal Skinner, and Groundskeeper Willie in the school, they have to try and come up with a way out, though it seems impossible given how much snow there is. As the hours go by, the students begin to rebel against Skinner as Homer and Ned Flanders attempt to rescue them from the outside. The two use Flanders' car to break in, but their attempts are halted when they accidentally hit a fire hydrant and freeze the car. 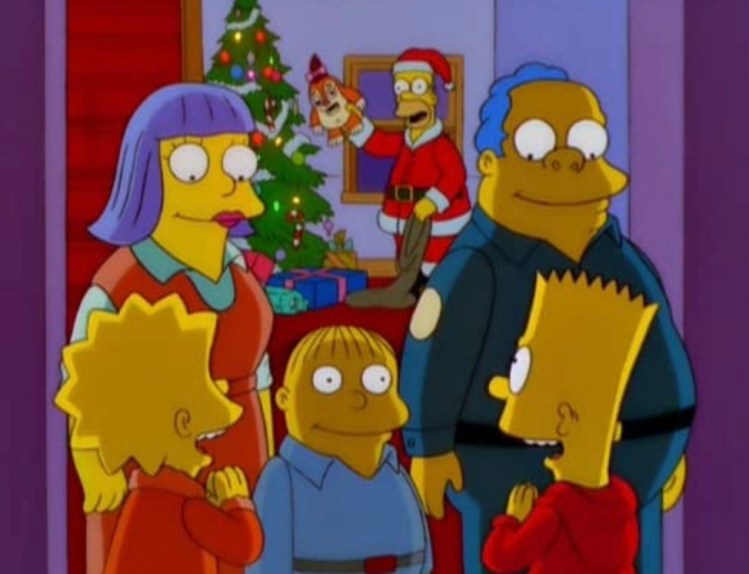 When Bart breaks his coccyx on a bowling ball and has to use a wheelchair, he realizes that there are no ramps at school, which leads the school to create them. The ramps end up being a bust but the school still owes the company that installed them $200,000, which they're unable to pay. Because of this, the school becomes privatized with new instructors who force the children to create toys. When a new toy, Funzo, is released just in time for all of the kids to want it for Christmas, it turns out that the toy might actually not be what it seems: the toy destroys other toys, which leaves it to be the only thing to play with. 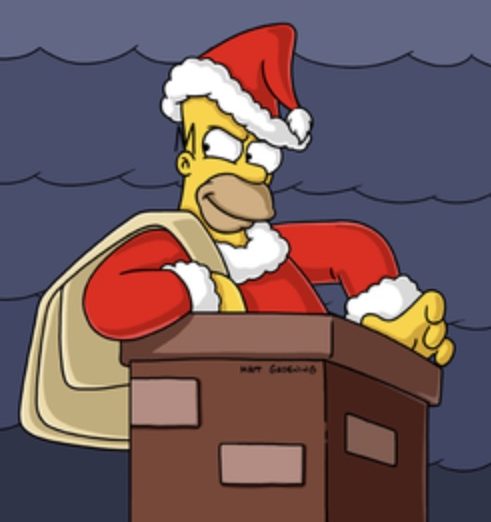 As a spoof of How the Grinch Stole Christmas, Homer tries to be more giving and thoughtful after his family calls him out for spending too much money on a present for himself. He wants to become more like Ned Flanders, who is extremely selfless not only during Christmas but year-round. This turns into a one-upping match between the two that eventually results in Homer stealing back all of the presents he had gifted to the people of Springfield. As a result of this, the town turns against him and things ultimately remain as they were. 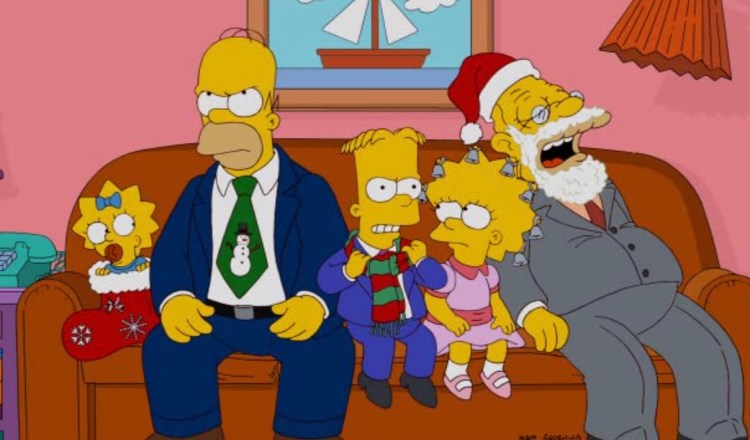 Christmas takes place 30 years in the future with all of the kids grown up: Maggie is a pop star, Lisa is accomplished, and Bart is divorced from his wife and is doing nothing. Though they would all normally spend Christmas apart with their own families, they decide to gather this Christmas at their parents' place. Bart's kids practically hate him and Lisa's daughter is basically the opposite of her, which—despite how their individual lives have turned out—puts the two in about the same place. 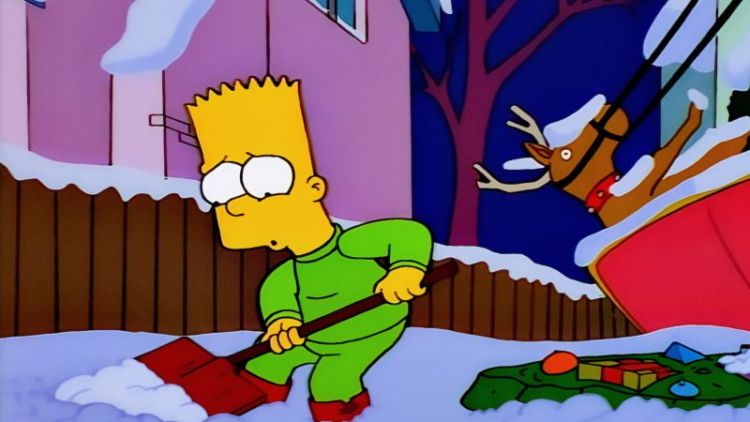 Bart lies about having his family's presents stolen when he actually set them on fire by accident, which leads the entire town of Springfield to come together and donate new presents and a Christmas tree to the Simpsons. When the people in town find out that Bart had been lying, they demand their money back, which amounts to the sum of $15,000. With that, Marge decides to go on Jeopardy! to try and win the money needed to pay back the town. 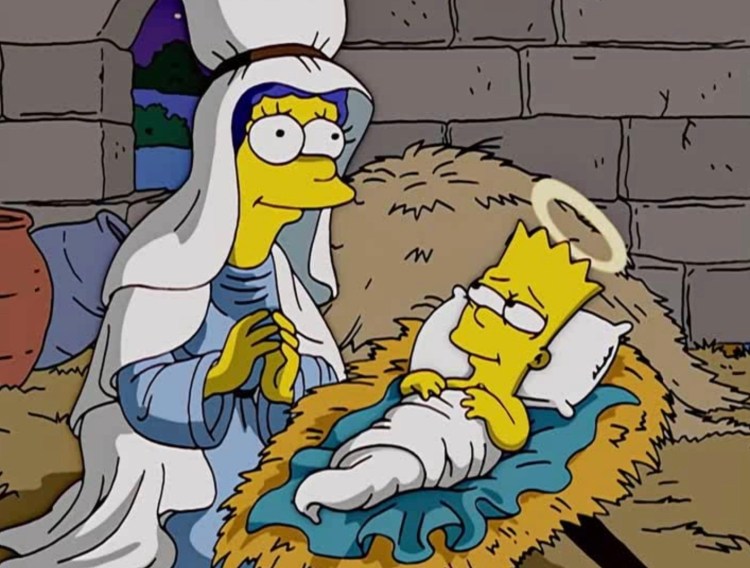 This episode packs three different stories into one: the birth of Baby Jesus, Grampa, and Mr. Burns becoming stranded on a deserted island, and in the present day, with everyone in Springfield preparing for Christmas set to the song in The Nutcracker. The funniest of the bunch might just be the one about the birth of Baby Jesus, as an especially hilarious part is when Homer (as Joseph) doesn't feel like taking care of Bart, so he tells Marge (Mary) that he's watching the "Orange Bowl." Given that this was before television and football were invented, it turns out that Homer is literally just staring at a bowl of oranges. 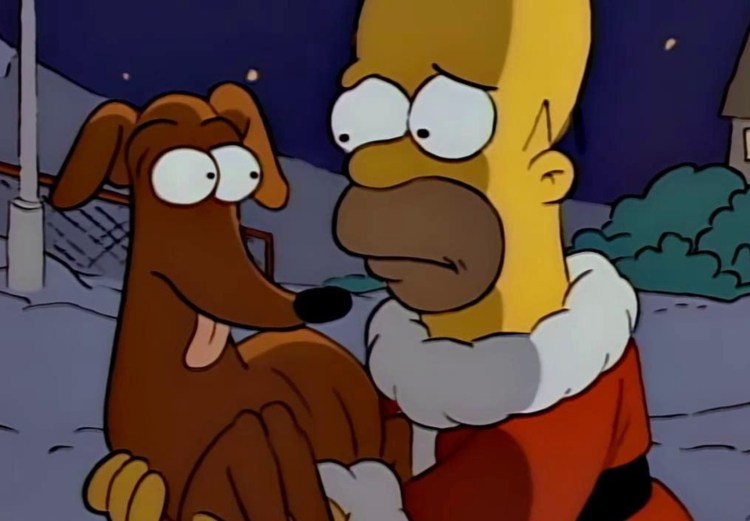 In the first-ever episode of the show, Bart decides to get a tattoo at the Springfield Mall, but Marge pulls him out of the chair halfway through it and demands that he get it removed. Even though it's expensive, she goes through with the procedure for Bart as Homer's Christmas bonus will help out with cash. When it turns out that he's not getting a bonus, Homer transforms into the Springfield Mall's Santa after the money starts to get tight. 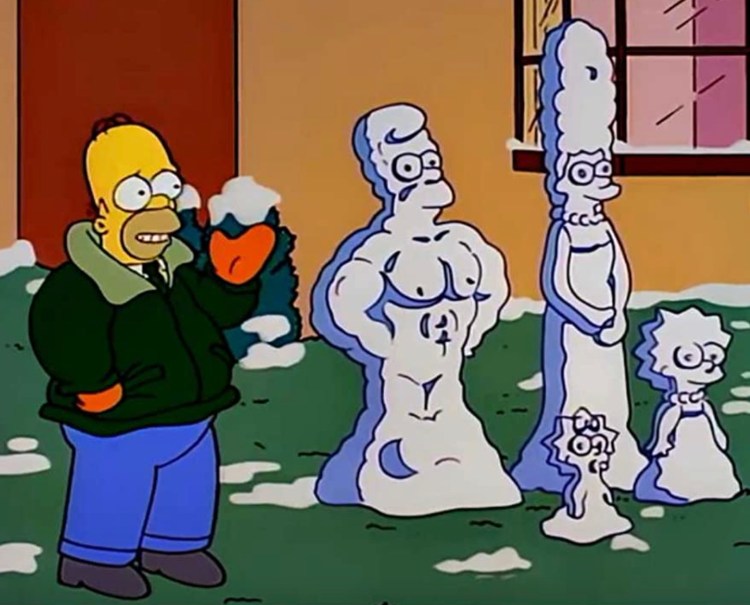 Sick of being babied by his mother, Bart disobeys her and goes out to shoplift a coveted video game from the store but gets caught. Although he tries to hide it from Marge, she eventually finds out after she sees that he has been banned from the store. When she becomes severely upset and disappointed in him as a result, Bart misses being babied by her as she starts to treat Lisa in an overly-motherly way.