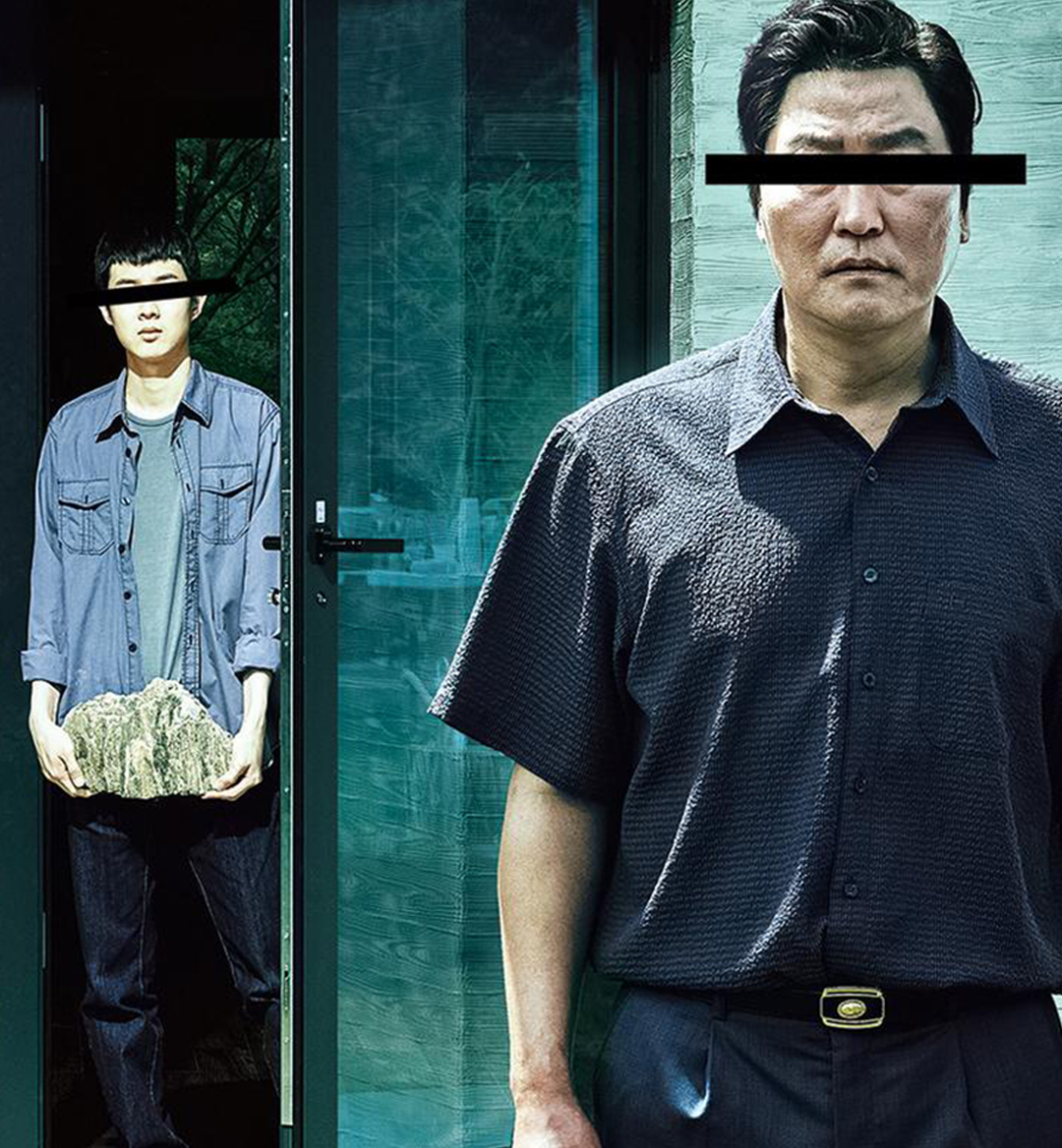 Few genres are as slippery as thrillers: what exactly differentiates thrillers from horror, noir, or espionage? Boiled down to the most obvious motifs, thrillers are about crime, suspense, and psychological terror—but it’s more than that. Thrillers have a feel, a tone, and a mood that are distinct, but it’s hard to say where the genre begins and ends; and that's why we're going to break down the best thrillers on Hulu.

True crime fanatics became obsessed with the case of Dee Dee Blanchard, a woman in Missouri who was murdered under mysterious circumstances. The real-life story that unraveled was deeply unsettling: it turns out Dee Dee had been keeping her daughter captive by convincing her she was debilitatingly ill and severely brain-damaged. Hulu’s original series, The Act, is a dramatization of this true-crime nightmare. Impressive acting from Patricia Arquette and Joey King helped garner the show a handful of Emmy nominees.

Janelle Monae stars in this Jordan Peele-esque social thriller, written and directed by Gerard Bush and Christopher Renz. Dealing with the legacy and brutality of slavery in the United States, the movie is a horror-inflected tale of a woman trapped in a plantation, desperate to escape. Critics were divided about the movie’s implicit morality and emotional impact, but it’s a politically complex film that takes Black identity and trauma as a subject of serious inquiry.

Who's in It: Janelle Monáe, Jena Malone, Gabourey Sidibe

Often considered the greatest action movie ever made, Die Hard is quite obviously Bruce Willis’s crowning cinematic achievement (other than Fifth Element). The plot is somehow totally irrelevant, as the movie is a series of high-octane chase sequences with quippy and memorable catchphrases in between. Even if the plot is incoherent, the suspense builds into a hypnotic crescendo. The movie wound up spawning numerous sequels, at least one of which is also available on Hulu, but it’s best to stick with the original.

Who's in It: Bruce Willis, Bonnie Bedelia, Alan Rickman

Based on the iconic dark comedy of the same name by the Coen brothers, Fargo is a bleak and morbidly humorous thriller about crime in the midwest. The show’s got an absurdly star-studded cast and features an anthology story structure, meaning that each season is a self-contained narrative. Although each episode claims to be based on true events, the plot is in reality totally fabricated. Despite its cynical tone, the show snagged an astounding amount of accolades: out of 226 nominations, it snatched a total of 51 awards.

Who's in It: Hanno Koffler, Max Riemelt

Based on the terrifying speculative sci-fi novel by Margaret Atwood, The Handmaid’s Tale considers America’s penchant for evangelical fascism by contemplating what a conservative revolt and subsequent coup would actually look like in action. In Atwood’s hideous future, women are enslaved and used as receptacles for breeding while being fed a brainwashing regiment of hyper-religious extremism. In the TV show Elisabeth Moss plays Offred, a woman captured and tortured by the Gilead regime. But can she organize an underground movement to overthrow her fanatical overseers? As American conservatism’s fervency reaches new insane heights, in reality, the predictions of this show have seemed more accurate by the second.

Based on the movie franchise of the same name, the concept of The Purge is simple: One day a year, all crime is legal. The backstory behind the strange concept is actually somewhat politically sophisticated: in this imagined near-future, the American government devised a way to reduce widespread violence by allowing Americans one day a year to release the anger and rage that boils inside them. What began as an extended contemplation on the USA’s obsession with violence has turned into a sanguine thriller about corruption and class resentment and the fanaticism of the Second Amendment. The first season focuses on a single Purge night in the year 2027 and follows several intersecting stories. In our current political climate, what seems like an absurd concept becomes more prescient by the second.

While Damages might be a TV show that first aired in 2007, it still packs just as much of a punch today. The five-season series stars Glenn Close as Patty Hewes, a well-respected (and feared) lawyer who owns her own law firm in New York City. When she hires Ellen Parsons (Rose Byrne), the two develop a "frenemy" relationship that ultimately ends up being pretty volatile.

Each season follows a new case, and though the show is technically described as a "legal thriller," there are practically zero scenes that take place in a courtroom. Honestly, it's more like a psychological crime thriller than anything else. Basically, if you're on Patty Hewes' radar, there's a good chance you'll end up dead.

Based on the deliriously strange Spanish film Abre Los Ojos, Vanilla Sky is a philosophical exploration of the limits of reality. What the movie has in smarts, it lacks in aesthetics—but the existential questions it raises about the nature of dreams and our understanding of consciousness make it an interesting film nonetheless. Loosely inspired by the hallucinatory novels of Phillip K. Dick, there’s a lot in here for people who love mindfucks.

It would be easy to dismiss Angel as a cheaply made spinoff of the more popular Buffy The Vampire Slayer—but the show is just as lovable and sophisticated as the series that introduced its protagonist. After the eponymous demonic hero departs from Sunnydale, a strange series of events leads him to found Angel Investigations, a supernatural detective agency that winds up accidentally averting the apocalypse several times. Angel struggles with his own vampiric bloodlust while saving humanity from destruction. The show’s Lovecraftian fifth season, in particular, is astoundingly emotionally complex and well written.

Bong Joon-Ho’s widely celebrated social thriller about the cruelty of capitalism is an undisputed masterpiece. A family of con artists attempts to infiltrate a wealthy household, but discover deep, dark secrets hidden in the basement. We won’t say much more than that—there are a lot of twists that aren’t worth spoiling—but the movie is an effective excoriation of how brutal and unrelenting South Korea’s enormous wealth gap has become.

Black Swan goes behind the scenes of a production of Swan Lake at the New York City Ballet, following the relationship between Nina Sayers (Portman) and Lily (Kunis), two dancers who are both duking it out for the double role as the White and Black Swan. Things turn dark when Nina starts having hallucinations, darting back and forth between her performance and her increasingly tense relationship with Lily.

Somehow this series only just ended in 2020—yeah, after starting in 2011, the series had an almost 10-year run. The thriller series focuses on Claire Danes, who plays Carrie Mathison, a bipolar operations officer at the CIA, as well as Nicholas Brody (Damian Lewis), a Marine Sniper who is being held against his will by al-Qaeda. As Mathison becomes increasingly worried that Brody has become a terrorist working for al-Qaeda while in captivity, she has to figure out how to properly assess and handle the situation.

Originally running from 1959 to 1964, The Twilight Zone set the standard for serialized sci-fi. The show’s episodes range from paranoiac thrillers to space-age psychosis—all in bite-sized 30-minute short stories. Rod Sterling drew from several authors for inspiration, and each mysterious tale usually came with a totally unexpected twist or moral warning. Although they’ve been endlessly spoofed and reinterpreted, the original episodes still make a strong impact.

Scully and Mulder can’t stop getting abducted by aliens in this 11-season sci-fi thriller investigating every conspiracy theory imaginable. Gillian Anderson and David Duchovny remain charismatic protagonists throughout the show’s expansive run, and their travels into the supernatural have had a lasting impact on almost every show that came after. The quality throughout is extremely inconsistent, so if you’re looking to skip a lot of filler, consider following a guide.

Who's in It: David Duchovny, Gillian Anderson, Mitch Pileggi

Hugh Jackman and Jake Gyllenhaal stand on opposite sides of the aisle in this thriller, as Gyllenhaal plays Detective Loki, who's sent to investigate the joint disappearance of Anna Dover and Joy Birch. When Alex Jones is released after being wrongfully detained by Loki, Anna Dover's father, Keller (Jackman), kidnaps and tortures Jones.

In a similar vein as this year’s Promising Young Woman, Ingrid Goes West is a feminist thriller commenting on expressions of womanhood in the digital age. After release from a psychiatric hospital, the eponymous protagonist becomes fixated on a social media influencer’s perfect life. Her courting of the young celebrity becomes dangerously close to stalking as her obsession takes a pathological turn. Although the movie is technically a black comedy, the humor throughout is notably dark.

Set in 1939, Bradley Cooper portrays a down-on-his-luck grifter, Stanton Carlisle, who casually picks up some extra work at a carnival doing mostly physical work. However, as he rises on the carnival-work ladder, he becomes a faux clairvoyant, conning people into believing things about their lives and learning some hard truths about himself in the process.

A Hulu original film, Run stars Sarah Paulson as Diane Sherman, a mother who's hiding something pretty major from her daughter, Chloe (Kiera Allen). Born prematurely with a host of medical problems, Chloe takes a number of medications and uses a wheelchair on a daily basis. However, one day, she notices something a little off about a bottle of pills, but after sneaking to the local pharmacy to figure out what the pills are, her mother rushes in, sedates her, and locks her up in her room.

Who's in It: Sarah Paulson, Kiera Allen

This spy-thriller series follows Eve Polastri (Sandra Oh), an analyst for the UK's domestic counter-intelligence agency who also starts secretly working for the UK's international counter-intelligence agency. Through this, she becomes obsessed with tracking down Villanelle (Jodie Comer), an assassin, just as Villanelle becomes obsessed with finding Eve.

This six-season mystery-thriller series all starts off when a commercial plane crashes, leaving 48 survivors stranded on a random island. While they scavenge and attempt to figure out how they're going to survive, they're unaware of what's really lurking behind the shadows of the island, which turns out to be quite a bit more complex than they initially thought.

This 15-episode and 15-year-long series tracks a conglomeration of FBI profilers who work together to figure out when some of the most dangerous criminals across the country are going to act again. This specific group—the Behavioral Analysis Unit—tries to stop the criminals before they're able to commit their next crimes, and with a crew as interesting as this one, some personal issues get intertwined with their work.

Practically synonymous with the name, Buffy Summers, Sarah Michelle Gellar stars as the eponymous vampire slayer, based on the movie of the same name. Though Buffy wants to be like everyone else, she realizes that she has to continue her larger calling in life, which is to kill the dark demons and vampires of the world.

Ah, our old, reliable friend: Law and Order: Special Victims Unit (SVU). This show has almost been around for as long as I've been alive, so, yeah, that's a long time—23 seasons and 516 episodes long. Focusing on the Special Victims Unit of the New York City Police Department led by Detectives Olivia Benson (Hargitay) and Elliot Stabler (Meloni), we follow a new storyline each episode as the pair investigate sexually-related crimes.