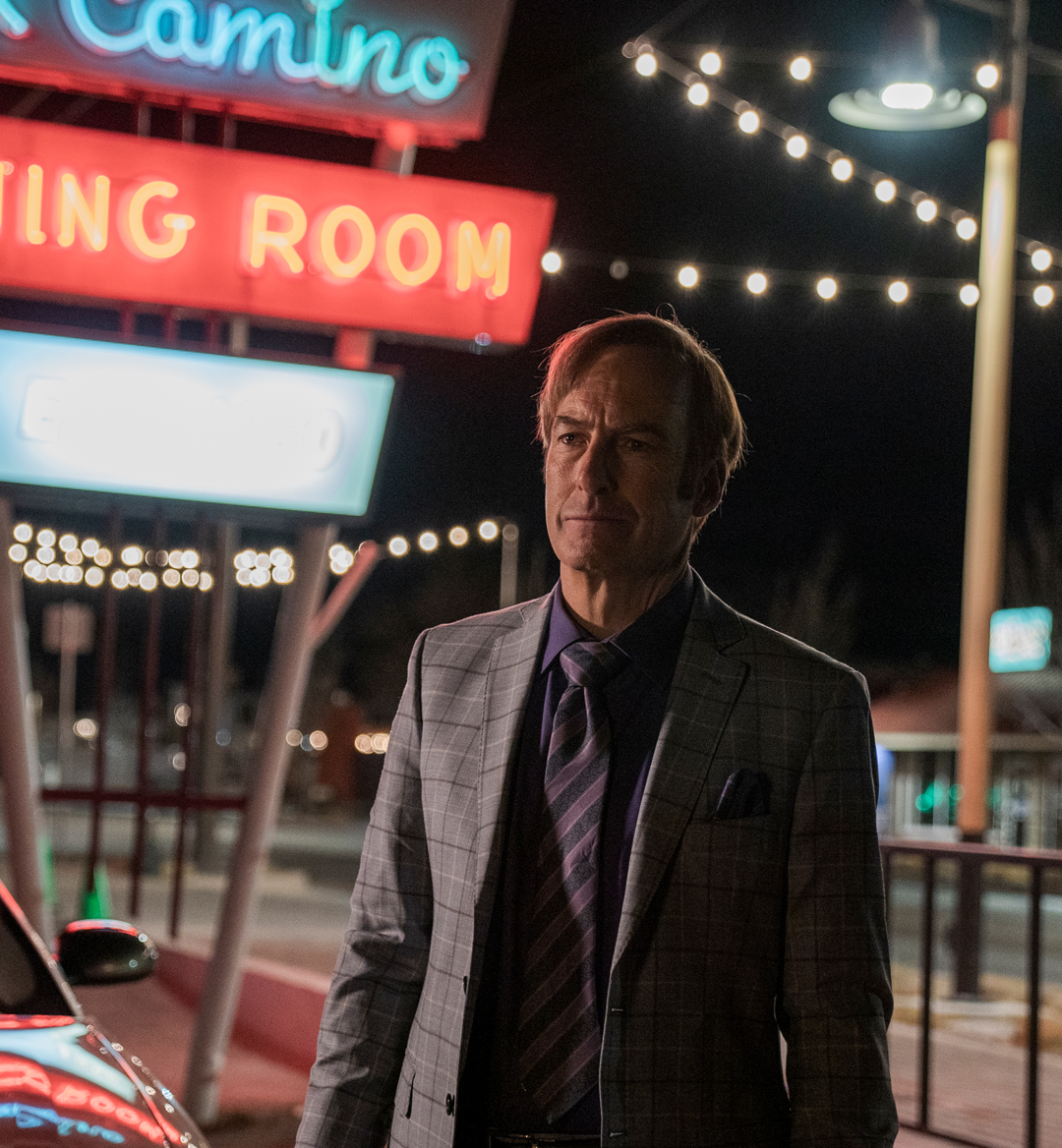 It's over two years since we last saw a new episode of Better Call Saul, and I think we can all agree that it was a long two years. Since the attack on Lalo's home that saw everyone involved—attackers, defenders, and innocents alike—get killed, except for Lalo and Ignacio, we've pondered what would happen next.

Our wait is now over, with the sixth and final season of Better Call Saul premiering on Monday night and giving insight into what fates await our favorite characters.

"Wine and Roses," the first of a two-episode premiere, serves as a flash-forward to events post Breaking Bad, but not how we're used to. Typically, the flash-forwards look at Gene Takovic, aka Saul Goodman, aka Jimmy McGill, as he lives in seclusion in Omaha, Nebraska, working as the manager of a Cinnabon. However, here we get a look at Saul's mansion as it is unpacked and dismantled by the authorities, following the events of Breaking Bad.

His house looks pretty much how we probably all imagined, pieces of art, cardboard cutouts of Saul, and every other thing you'd expect to find in a rich person's gaudy mansion, gold toilet included. As the camera pans away to the moving truck, we see one thing fall to the ground—the bottle cap of the Zafiro Añejo tequila bottle cap, a memento of Kim and Jimmy's.

Nacho on the Run 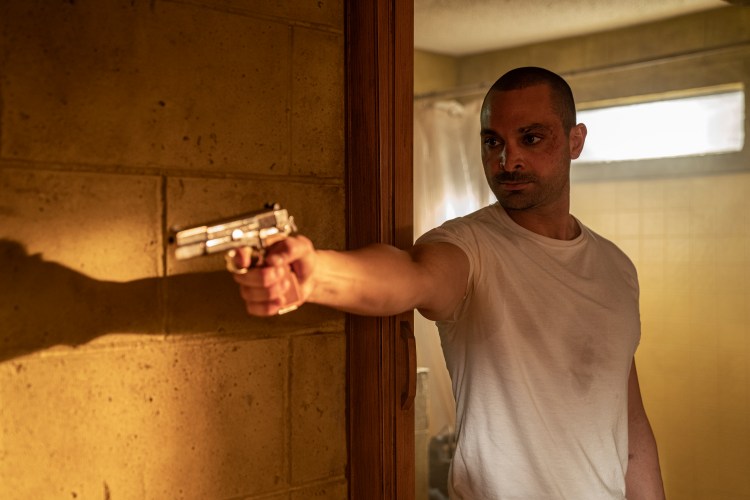 We then cut to Nacho Varga, who is on the run after allowing the hit squad to enter Lalo's house on their assassination mission. He runs until daylight, hoping to escape unharmed when he makes a call to Gus Fring's people hoping to be saved by the people he helped plan the murder mission. He's told to go to a seedy motel and wait for further instructions.

He's become extremely paranoid that both sides—the Salamancas and Gus's crew—want him dead, which they both do. The Salamancas for betraying Lalo and Gus for tying up loose ends. Trapped in a dark and hot motel room for days on end, Nacho eventually realizes that someone is watching him from a shack outside in the parking lot. Who that person is actually working for remains to be seen.

Here we see that Mike Ermantraut, everyone's favorite grumpy hitman/fixer/intimidator/lovable grandpa, finds himself out of sync with his boss, Gus Fring. Fring wants Nacho dead so that no one can tie the attempted killing of Lalo to him, but Mike believes Nacho should have a chance to leave town and fade into obscurity.

Mike and a crew of goons go to Nacho's house and tear it apart, looking for any clues they could use. Mike replaces the safe in the house with an identical one, planting evidence in there that would point to Nacho's betrayal and give the cartel clues as to his whereabouts. So, it seems that Gus won out in the end, and Mike was forced to implicate Nacho in the crime. He does, however, remove any hints to Nacho's dad, recognizing that his father is entirely innocent of any wrongdoing.

As the days go by and Nacho slowly loses his grip on reality, he decides enough is enough. Breaking the "air conditioner" attached to his wall, he jumps out of his room (on the second story!) and sneaks around to the shack where his watcher awaits. He holds him at gunpoint, demanding to know who sent him, and calls Gus' people to try and figure out if it is them. After receiving no answer and ignoring a phone call, they call the man watching him, confirming Nacho's suspicions.

After the cartel discovers the planted evidence in Nacho's house, they send a crew led by the Twins to kidnap him from the Motel. A shootout ensues, resulting in the deaths of two of the Salamanca hit squad, but Nacho escapes in a stolen truck.
Nacho calls Mike, who was in the middle of having a tense exchange with Gus regarding Nacho's fate. After briefly speaking with him, Nacho asks to talk to Gus.

Lalo Plots His Next Move 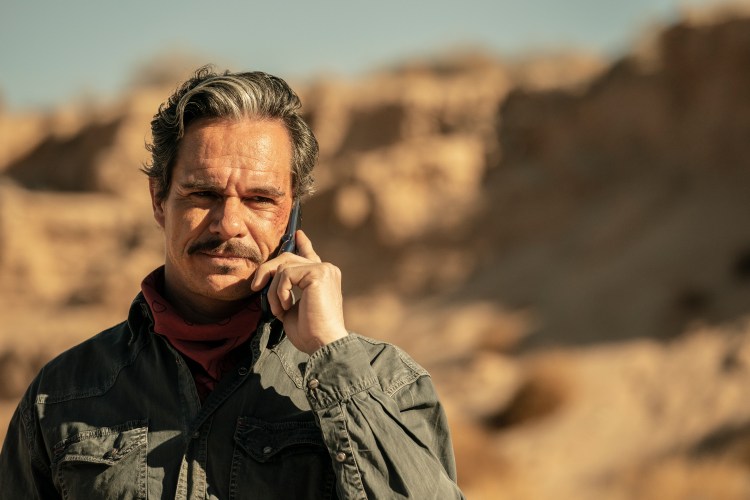 After surviving the massacre at his house, Lalo has escaped and is on the move and plotting what's next. He first arrives at the home of innocent homeowners Mateo and Sylvia and, after convincing Mateo to shave his beard and style it like Lalo does, murders them. He uses Mateo's corpse as a means to maintain the believability that Lalo was killed during the assassination.

Lalo then makes his way for the border, aiming to catch a ride with men sneaking innocent civilians across the border in the back of a disguised hay truck. He calls his uncle, the wheelchair-bound Hector, at the Casa Tranquila to see what he should do next. Lalo informs Hector that he is alive and asks him for advice on what he should do next. Through his signature ringing of the bell, Hector directs Lalo to find proof that Gus was behind the attack.

He has a brief moment of hesitancy, but Lalo leaves the scene and heads back into Mexico in search of the evidence he needs to prove Gus' guilt. 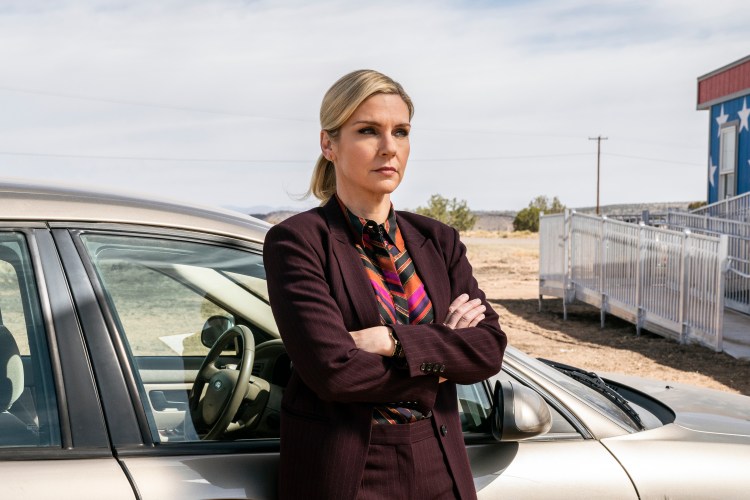 For much of Better Call Saul, Kim Wexler has been Jimmy's moral compass, attempting to keep him on the right track when he teetered in the wrong direction. Even though we know that he eventually succumbs to the dark side and becomes, as Jesse Pinkman put it, a criminal lawyer, we still held out hope she would help prevent Jimmy's fall.

As the series progressed, it became more apparent that while Kim was still a good and moral person, she was no longer wary of helping Jimmy in his schemes.

At the end of last season, Kim began to plot with Jimmy on how to bring about Howard Hamlin's downfall. This thread picks up almost immediately as Kim and a hesitant Jimmy meet at a restaurant to discuss their plans for Howard. It's a great scene as their nefarious plans are juxtaposed against Kim's story of helping an innocent kid against armed robbery charges.

Kim is very gung-ho after proceeding with their plans, while Jimmy seems surprisingly hesitant. After breaking down what her ideas are, they head to a country club where Howard and Clifford Main are members. Jimmy poses as someone looking to join the club in order to get in.

One of Jimmy's now mortal enemies, Kevin Wachtell, exposes Jimmy as a man of less than suitable moral fiber and prevents his tour from continuing. Jimmy puts on a show as Saul Goodman but manages to sneak into the club's locker room.

After he clogs a toilet as a distraction, Jimmy finds Howard's locker and places a bag of "cocaine" in it. The bag is then found by Howard and seen by Clifford Main, who is clearly concerned. 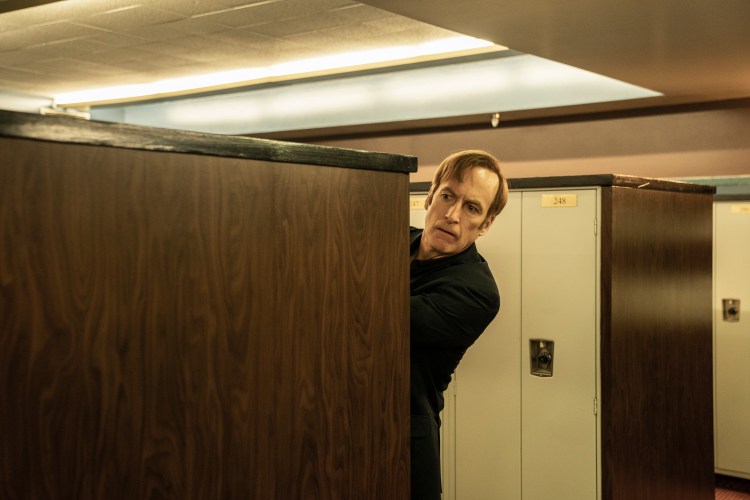 After discussing how to use Howard's new-fake cocaine addiction to their advantage, Kim comes up with the idea to use characters that we haven't seen in quite some time: Betsy and Craig Kettleman.

One of Jimmy's first real antagonists, the Kettlemans nearly hired him to defend Craig in an embezzlement case in which he was accused of stealing funds as the county treasurer. After some back and forth in which Betsy adamantly refused any deals for Craig, she relented, and Craig was sentenced to a prison stint.

After that affair, they were forced into a much more meager lifestyle, to Betsy's horror ("My children have to attend PUBLIC school!"). Jimmy arrives at their new place of business, a trailer in the middle of nowhere, to inform them that their original attorney, Howard, may have been under the influence of drugs when he defended Craig. This would allow them to sue Howard and possibly get Craig's conviction overturned and his record expunged.

Of course, there is no real evidence of Howard's supposed wrongdoings, but Jimmy is convincing enough that the Kettlemans go to Clifford Main to see if he would represent them. Main refuses to take the case, recognizing that given the lack of evidence and his association with Howard, it would be a mistake for him to do so.

Jimmy receives a frantic phone call from the Kettlemans, and he agrees to meet with them the next day. Jimmy pulls out the duffel bag from the closet and grabs a wad of cash, prompting Kim to ask if he will use "the stick" on the Kettlemans. Jimmy says that they are more "carrot types."

Kim and Jimmy drive to the Kettlemans' office, and they tell him that they went to four different lawyers who all said to them that their case was bunk. They refuse the bribe from Jimmy and accuse him of using them to smear Howard's name.

Upon hearing this, Kim has finally had enough and resorts to using "the stick." She calls her friend at the Albuquerque office of the IRS and says she has evidence of tax preparer fraud at a "mom and pop shop." Despite protests from Betsy, Kim is connected to an investigator, and just as she's about to go into the evidence of the Kettleman's crimes, Betsy hangs up the phone.

Kim demands the Kettlemans make restitution to all of their victims, of which there are many, and also forget about Howard. If they don't, Kim threatens to ruin them. They take the money Jimmy offered to stay quiet.

Jimmy, like the audience, is shaken by Kim's actions as it's a force we haven't seen from her before. Still, it's good to see the insufferable Kettlemans get taken down a notch.

As Jimmy and Kim drive away from the Kettlemans office, they are followed by a gray car, and the camera fades to black. 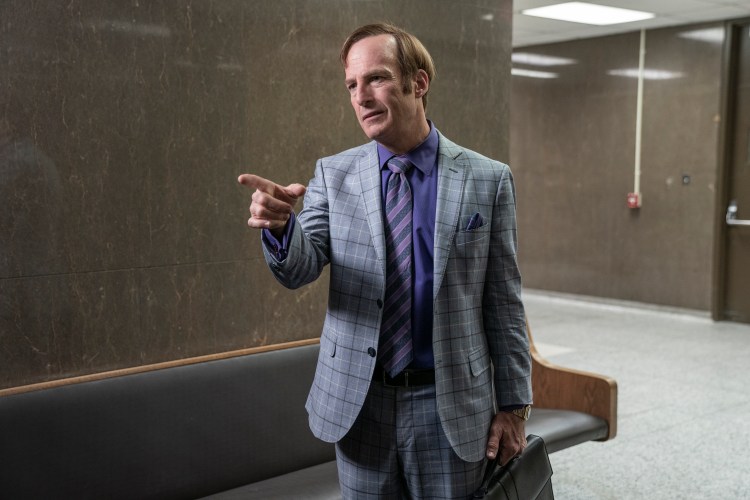 It's so damn good to have this show back. While I thought the premiere was a little slow at points and the Cartel storyline a little hard to keep track of, Better Call Saul is what we needed right now.

The cast has not missed a beat in their performances, with Rhea Seehorn and Bob Odenkirk jumping right back into their roles as Kim and Jimmy seamlessly.

The show is excellent at building tension and keeping us on the edge of our seats, and I can't wait to see how everything unfolds going forward.