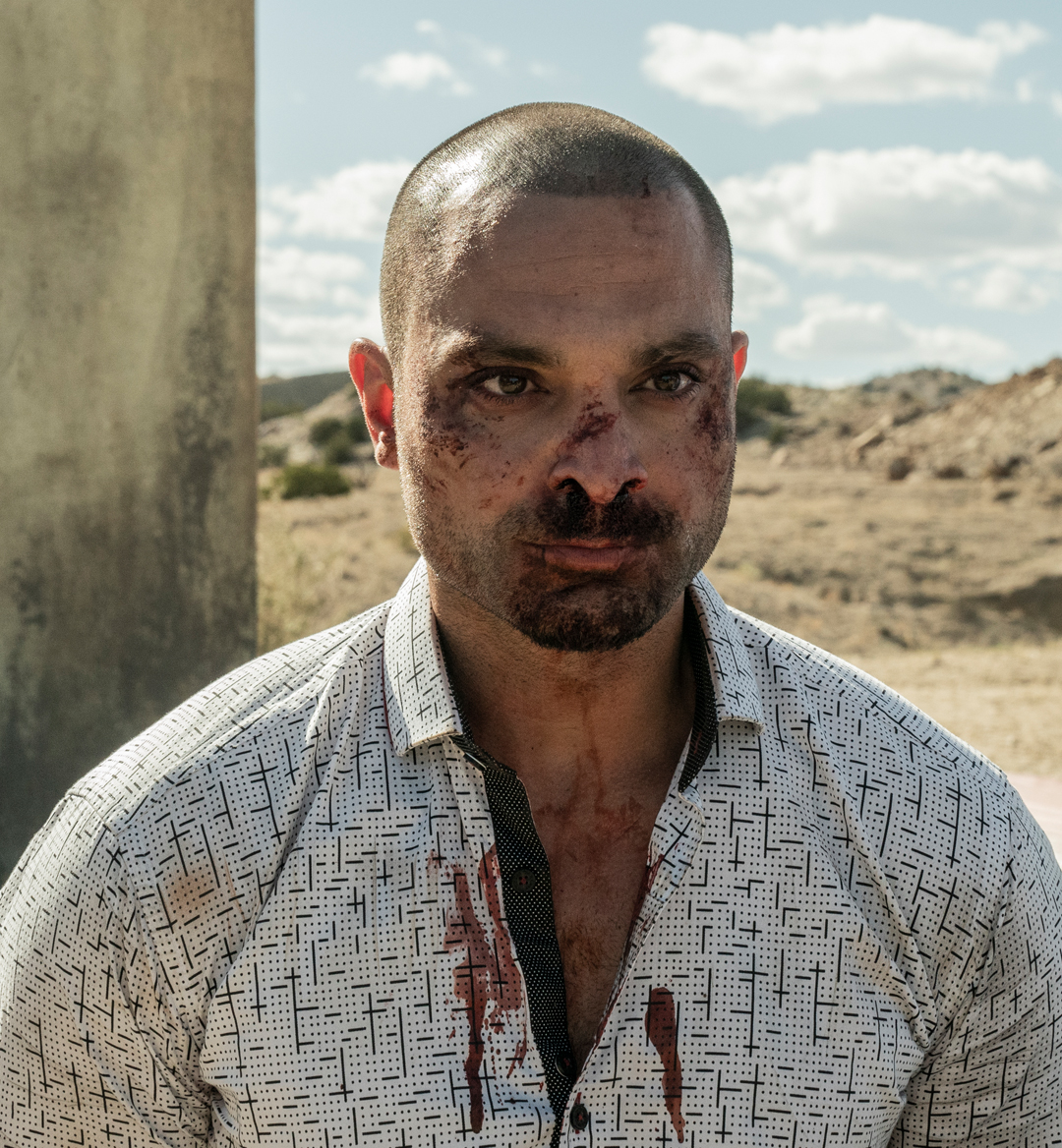 After last week's great premiere, Better Call Saul continued to up the ante in terms of high-stakes drama and conflict. It was an emotional episode, one that saw us say goodbye to a character who has been present since the beginning but who met an end that was more than earned.

With that, let's get into "Rock and Hard Place." 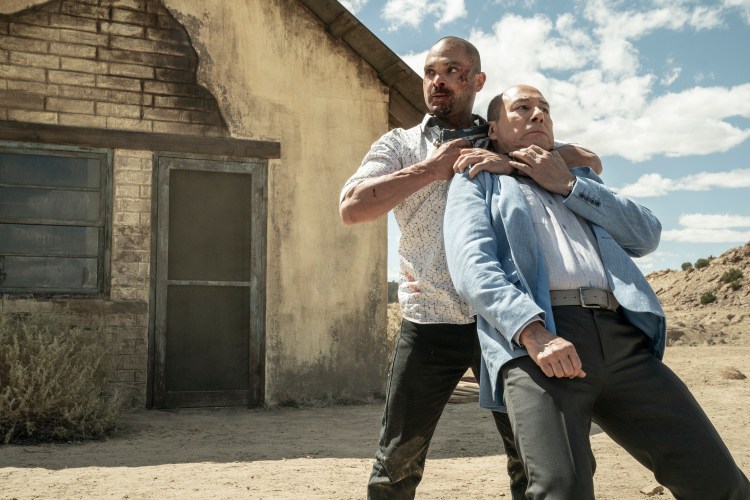 For the past two seasons of Better Call Saul, there's been a feeling that Nacho has been living on borrowed time. Caught in the middle of a war he didn't start, he's working with Lalo Salamanca but is secretly a spy for Gus Fring. He lets Gus and Mike know Lalo's every move, what he's planning, and how this impacts Gus' operation.

Nacho ended last season helping Gus' hit squad storm Lalo's compound with the goal of killing him. As far as Nacho knows, the team was successful, but we as the viewer, know that Lalo escaped and is now plotting his revenge against Gus, whom he knows was behind it.

Since then, Nacho has been on the run, attempting to get back into the United States to supposed safety. After realizing last week that Gus had set him up to die in a sleazy motel in Mexico, Nacho escapes the kidnapping attempt from the Salamanacas and flees.

This week, we find Nacho beside the truck he took from the motel parking lot, which has broken down, and he's now stuck and on the run. As he awaits the Salamanca twins, he spots the abandoned tank of an oil truck and climbs inside, hoping to hide from them.

As the twins continue their search, Nacho (displaying an impressive ability to hold his breath) hides in a pool of oil still present in the tank. This works, and he's able to elude them for now. He waits until nightfall, leaves the tank, and continues to flee.

The next day we see Nacho in the parking lot of a gas station, washing the oil off of himself. He's approached by one of the mechanics, who offers him a towel to dry himself off. Nacho then asks to use the phone, leading to an incredibly emotional phone call to his father.

It's a one-sided emotional call, as only one of them is aware that this will be the last time they speak with one another. Nacho simply wanted to hear his father's voice one last time and know that he was safe from Gus or the Cartel's retribution. Not knowing what to say, he tearfully tells his father that he'll go to the police and ends the call simply by saying, "Adios, papa."

Finally accepting his end, Nacho calls Mike and then tells Gus that he'll do whatever he needs him to do, then die in order to keep his father safe from harm. Gus agrees, and Mike smuggles Nacho across the border, given a final meal, drink, and a beating (to help sell it) before being taken to the desert to meet with the Salamancas and Don Juan Bolsa.

With Mike perched up far away with his sniper rifle to ensure all goes according to plan, Nacho finds a piece of broken glass in the desert that he decides to use to help him go out on his terms. After "admitting" to being on the payroll of another drug cartel from South America, he describes in detail everything that he's done (minus Gus' involvement.)

If there's one thing we know about Vince Gilligan and his writing team, it's that they love their monologues. In another oration for the ages, Nacho admits to everything: Opening the door for the assassination squad, switching the medication that caused Hector's heart attack, etc.

"You know what else, Hector? I put you in that chair. Your heart meds? I switched them for sugar pills. You were dead and buried, and I had to watch this asshole bring you back. So, when you're sitting in your shitty nursing home, sucking down jello night after night, for the rest of your life...you think of ME. You twisted FUCK."

He then cuts through his bindings, grabs Don Juan by the throat, and takes one final look at everyone that's caused him so much pain. He turns the gun on himself and commits suicide rather than subject himself to torture at the hands of the Salamancas.

In a fury, Hector and the twins continue to shoot bullets into his dead body, knowing that, despite his death, Nacho had won.

Saul Goodman: Friend of the Cartel? 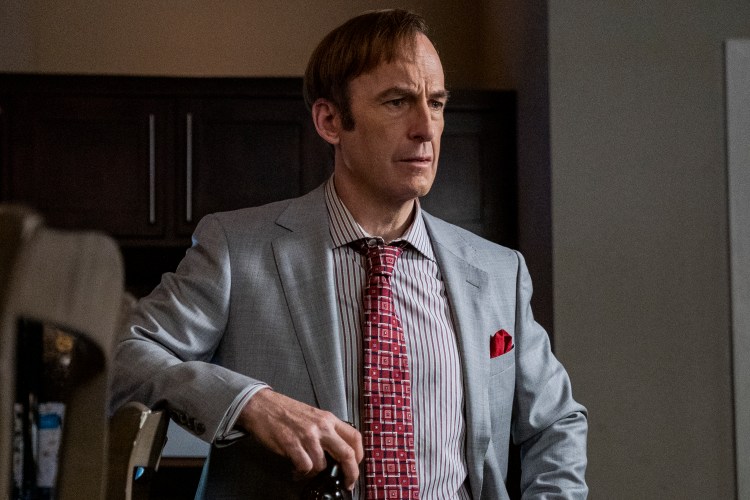 Saul and Kim’s storyline takes a backseat in this week’s episode, but their plot against Howard Hamlin continues to take shape. Their plan is now outlined, post-it notes and all on the back of one of the paintings in their apartment, with the next step being to make a copy of Howard’s car keys. They enlist everyone’s favorite muscle for hire, Huell Babineaux, to steal Howard’s keys from a valet and then, working with another accomplice, duplicate them along with the remote for the car alarm.

Elsewhere, Kim runs into DA Suzanne Erickson at the courthouse, and she clues Kim in on Jimmy’s verbal slip up regarding Lalo’s escape from custody towards the end of last season. Jimmy accidentally referred to Lalo by his actual name and not the “Jorge De Guzman” alias he was arrested and charged with.

Kim is made aware of all this and suggests that if Jimmy was aware of Lalo’s true identity (which he is), he could waive attorney-client privilege to tell the authorities everything he knows.

Law enforcement in Albuquerque believes that Lalo is dead, but they still want the information that Saul might be able to provide. Kim returns to Jimmy, informs him of the conversation she had with Suzanne, and asks him, “Do you want to be a friend of the cartel, or do you want to be a rat?” 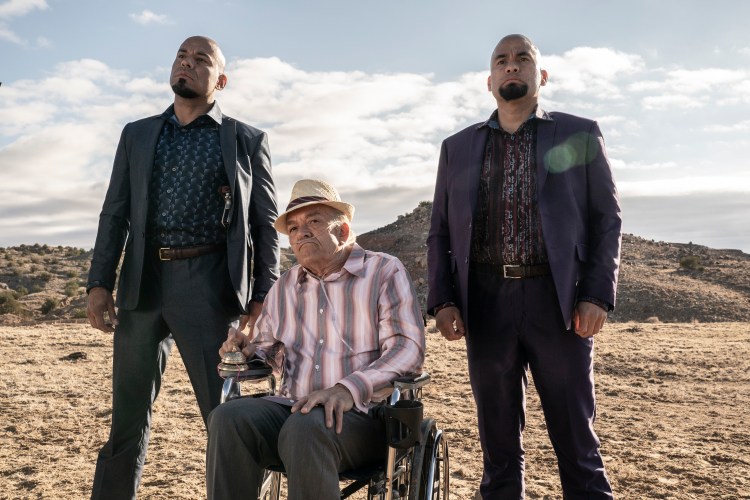 If ever someone was to go out in the Breaking Bad universe, Ignacio Varga had one hell of a send-off. He faced his end with all the courage he could, boldly telling off every person that had caused him so much harm in recent years and going out in his own way.

It was a great decision by the writers to place nearly all the focus of this episode on Nacho's story, so as not to take away any of the emotional impact of his demise.

Nacho's final monologue deserves to be put up there right alongside Walter White's "I am the one who knocks" speech from Breaking Bad. It shows off the talent of Gordon Smith, who wrote and directed the episode, who was able to give a beloved character that we've known since the very beginning, an end that he most definitely deserved.