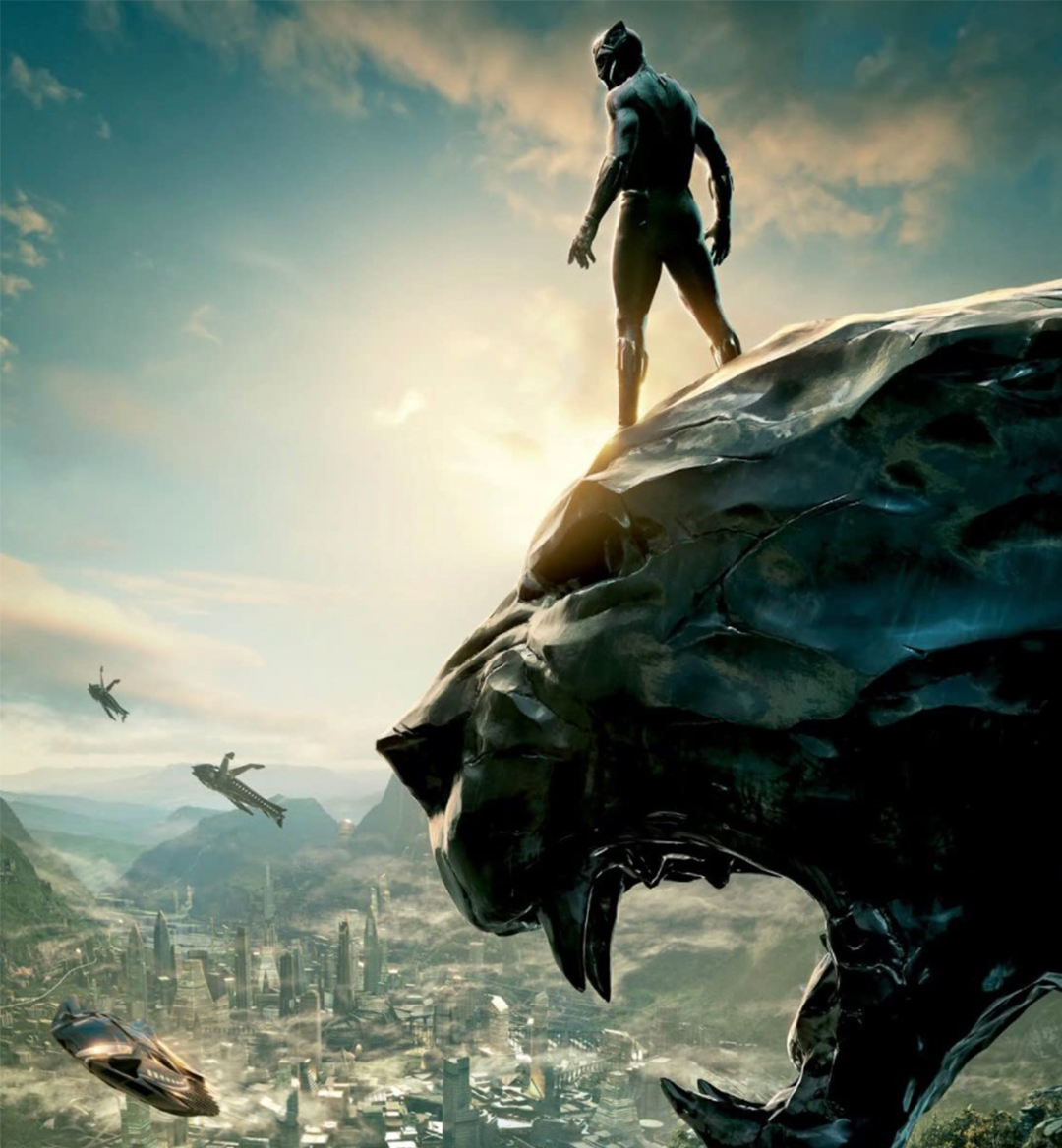 Black Panther: Wakanda Forever isn't just your average Marvel sequel film. About four years in the making, as initial plans for a Black Panther sequel began in 2018. Chadwick Boseman's death in August 2020 of colon cancer changed the plans for the sequel, with director Ryan Coogler deciding not to recast the role of T'Challa. Instead, Black Panther: Wakanda Forever will dive deep into Wakanda, exploring the country as a whole and highlighting the other characters in the film.

As the newest Black Panther: Wakanda Forever just dropped, we've learned quite a bit more about the overall plot of the film than we did when the teaser was originally released back in July.

We start off with a somber, long procession line of T'Challa's family, friends, and country for what seems to be his funeral, as his mother, Ramonda (Angela Bassett), is holding his helmet.

We're then introduced to Namor (Tenoch Huerta), who's painting a mural and other inscriptions on a wall. As he's doing that, we hear him say, "only the most broken people can be great leaders." As Wakanda mourns the death of T'Challa, we cut to an underwater kingdom where Namor takes a seat in what's clearly the king's throne.

It seems like Wakanda is under attack from outside forces (possibly the U.S. Army) as a man is seen using binoculars to spy on the country. However, the Wakandans don't take kindly to this, as we see them scale a massive ship in retaliation.

M'Baku then explains the underwater kingdom that we were introduced to before: "His people do not call him General or King—they call him K'uk'ulkan, the feather serpent god. Killing him will risk eternal war."

After Shuri (Letitia Wright) reveals that the king is rising up and "coming for the surface world," it's clear that there's going to be a major battle between the two kingdoms. So, basically, it seems like we've got two battles going on here: one, between Wakanda and this feather serpent god, and the other, between Wakanda and the U.S. Army.

As we're thrown through tons of action-packed clips that include a massive car chase and underwater battle, just to name a few, we're given one, major reveal at the end of the trailer: a female-like figure in a modified Black Panther suit. Though it's not totally clear just who this is, I think it's safe to say that it's either Shuri or Nakia (Lupita Nyong'o).

Who Will Star in "Black Panther: Wakanda Forever"?

The bulk of the cast of Black Panther will be returning for its sequel, though Michael B. Jordan will not be returning as Erik Killmonger (given that we were to believe that he was killed at the end the film). Jordan himself has been fairly quiet on the subject, though he expressed interest in being a part of it, regardless of whether his character was supposedly dead. Being that it's a Marvel film, practically anything is possible when it comes to the living statuses of characters.

Wright will be taking on a much larger role this time around, reprising her role as Shuri, T'Challa's sister. Lupita Nyong'o, Angela Bassett, Danai Gurira, Martin Freeman, and Winston Duke are just a few of the cast members who will be returning to their former roles. Additionally, Michaela Coel has been cast as Aneka, who is rumored to be a combat instructor.

Tenoch Huerta will be taking on the role of Namor, who—as we saw in the trailer—is the main antagonist of the film. On top of him, Dominique Thorne will be portraying Riri Williams/Ironheart and Florence Kasumba is playing Ayo.

The movie is currently set to be released on November 11, 2022, as filming resumed in January 2022 after a bit of a hiatus. Back in August of 2021, Letitia Wright was injured on set during a stunt, which resulted in her fracturing her shoulder and getting a concussion. Her recovery ended up taking much longer than expected, halting filming from November until January. Due to this, the movie's release was pushed back to November 2022, as it had originally been slated for July 8, 2022.

How Will They Honor Chadwick Boseman?

Honoring our friend, our inspiration, and our King, Chadwick Boseman. pic.twitter.com/DEhpkv2Eu7

As of November of 2020, the writers and Coogler were still figuring out the best ways to honor Boseman as he became such an icon in his role as the Black Panther. Shuri will definitely play a major role in honoring Boseman, as she and T'Challa shared an unbreakable bond as brother and sister. There's also a ton more to explore about Shuri herself, an insanely smart inventor who can create basically anything using technology. Through that, it might reveal more about T'Challa, perhaps revisiting a few flashbacks of their childhood together.

Only in theaters November 11. pic.twitter.com/9BG3gNgS3z

Much of the sequel was filmed in Georgia, specifically in Atlanta at Trilith Studios and at Mary Ross Waterfront Park in Brunswick. In addition, there were scenes shot at the Massachusetts Institute of Technology (MIT) as well as in Puerto Rico, the latter of which is where the film wrapped up production on March 24, 2022.

Where Can I Watch 'Black Panther: Wakanda Forever'?

As of right now, the only place you'll be able to catch Black Panther: Wakanda Forever will be in theaters starting November 11, 2022. Once the film leaves theaters, Disney+ will most likely make the film available for streaming, just as we saw with Thor: Love and Thunder.

While it's already been established that Black Panther: Wakanda Forever will focus on Wakanda itself as opposed to focusing on one specific person within it, quite a few rumors are going around about just what that will entail.

With the focus being on Wakanda, we're bound to see more of the country itself and what occurs daily, and through that, we'll be introduced to new characters, including that of Coel, Lynch, and Huerta. We also now have the confirmed casting Ironheart, who Thorne will portray. She's set to play the character in her own spin-off series, aptly titled, Ironheart, but since the series hasn't been given an official release date yet, there's a fair chance that Ironheart's first live appearance will be in Wakanda Forever.

Anthony Ramos was also recently announced to be playing a major role in Ironheart, which means that we could also see his first entrance into the Marvel Cinematic Universe.

The cast had been filming at (MIT), and given that it's where Wright sustained her injuries, there's a fair chance that there will be an arc about her going further in her studies of technology.; this could also lean into the fact that Shuri will be taking on a much larger role in the film. As action scenes were also shot at the campus, time will only tell if it ends up being a study-related journey or a specific mission—or both.

We've still got a solid month before Black Panther: Wakanda Forever releases, but as the release date gets closer, we're bound to get a few crumbs of details here and there as we patiently wait.