The Notorious B.I.G.’s Son Is Changing How You Look at Cannabis, With Help from B.I.G.

Cannabis ‘did more than just help [Biggie] write these verses’ 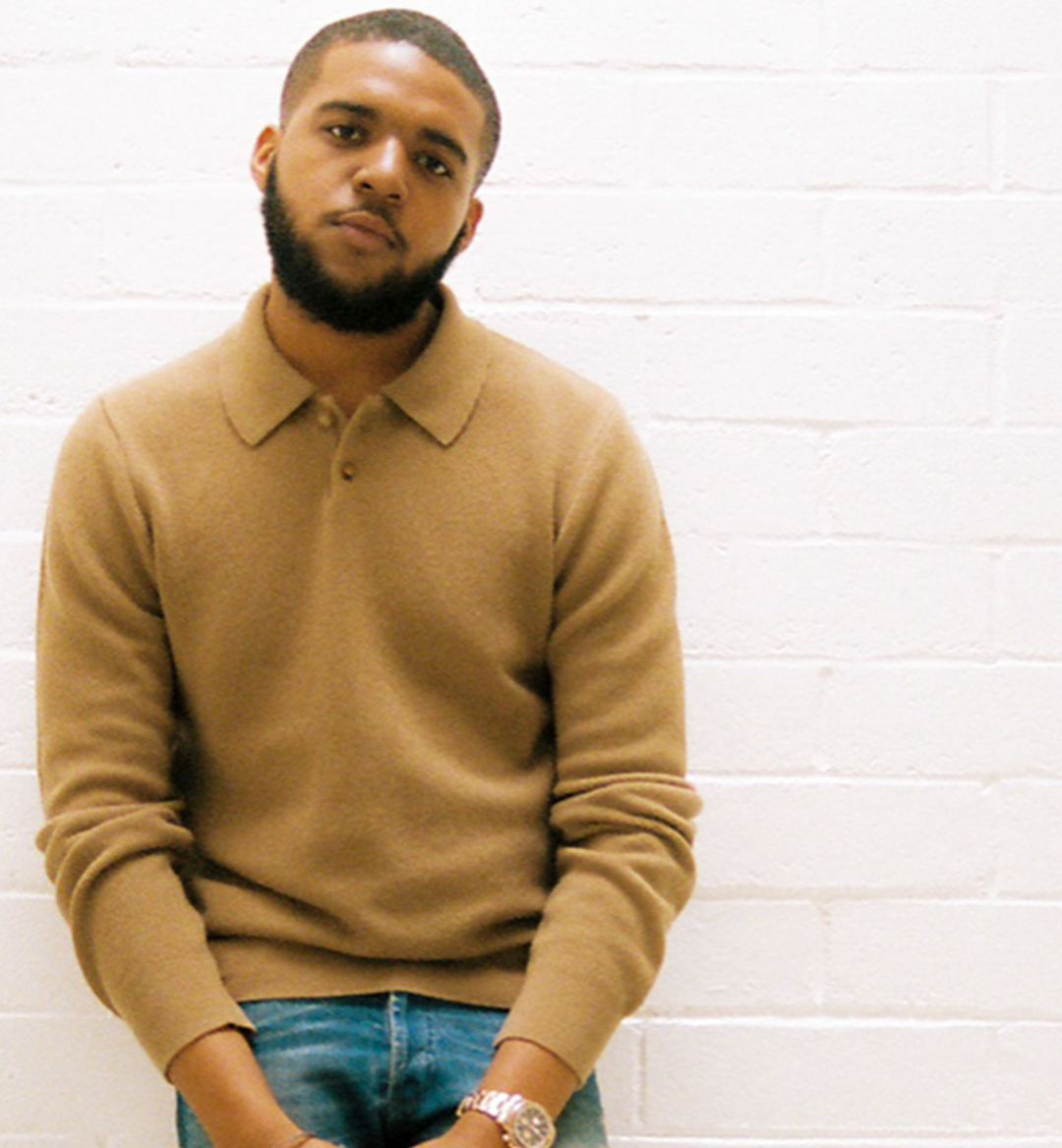 CJ and Think BIG co-founders Willie Mack and Todd Russaw are looking to help change people’s minds on how marijuana can be used, hopefully leading to voters on marijuana legislation seeing cannabis’s application for more than just health and wellness, but also for creativity. The company launched in March, but its core values have been pillars in CJ’s life for as long as he can remember.

CJ’s younger brother, Ryder, was born with autism. His family looked for treatment alternatives to pharmaceuticals after his mother, singer Faith Evans, was adamantly against pharmaceuticals after “seeing [Ryder] go to class where a lot of his classmates were using them, and she said they looked like they don’t have their souls.”

CJ and Willie spoke with ONE37PM about how they plan to help enact change in the marijuana industry, how they plan to grow their movement and how The Notorious B.I.G. using marijuana to deal with his mental health shapes the company’s mission. 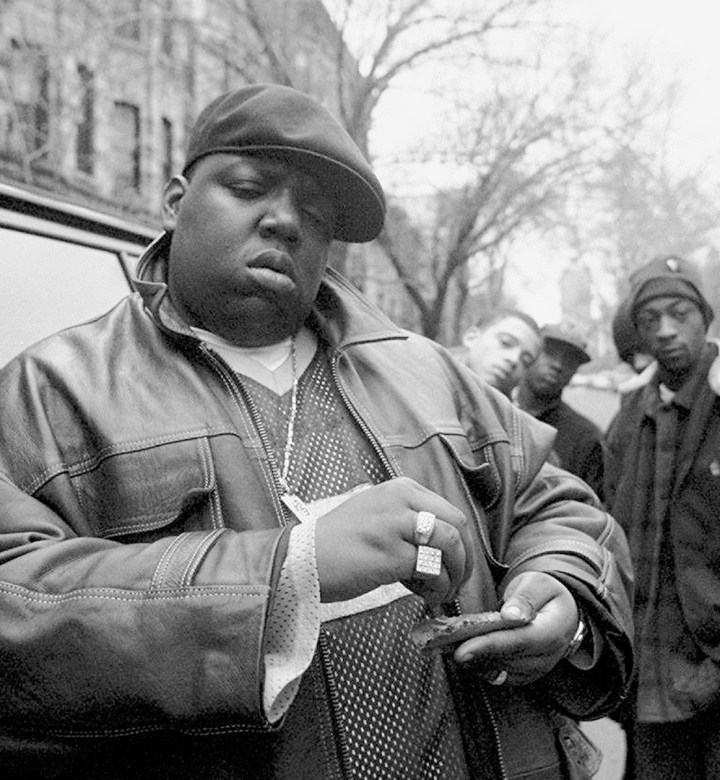 You said in a previous interview that you didn’t want to do another Biggie brand. What changed your mind to embrace your late father’s name for Think BIG?

CJ: Really, the original idea I had came about was from my dad—the man who raised me, Todd Russaw—he had tried to get me to really think about what I wanted to do after I was done filming. I was actually filming at the time [in 2017]. He asked me, ‘You should think about getting into cannabis. You’re using it every day. It’s part of your everyday creative process to get into character.’ I didn’t want to make something that was predictable, so to say. Looking at a lot of the other artists who get into cannabis, they make sort of similar products, almost. I feel like they’re not really challenging the cannabis industry and making people think differently.

What changed was once he and I started having more serious conversations about what I wanted to do with cannabis. What I want to do is really honor cannabis as a creative tool. Going back to when I was younger and seeing my mom and dad use it in the studio. Those were the things I could use to make this new idea to honor cannabis as a creative tool.

ONE37pm did a feature on the difficulty of marketing marijuana. How do you expect to market your cannabis brand?

Willie: Think BIG is an organization and movement trying to get people to really think about cannabis in a different way. It’s less about the actual product and more about what cannabis can do for creativity. When it comes to our product, we’re doing collaborations with other brands who already are marketing within the industry. We’ll be working with them on helping to spread the word on what we’re doing around that way.

In addition to that, we’re looking at all these rules on social media, especially after Facebook said they’re changing their stance on cannabis companies marketing to expand it to allow cannabis brands to speak about it. That’s how we plan on marketing the product and talking about it. 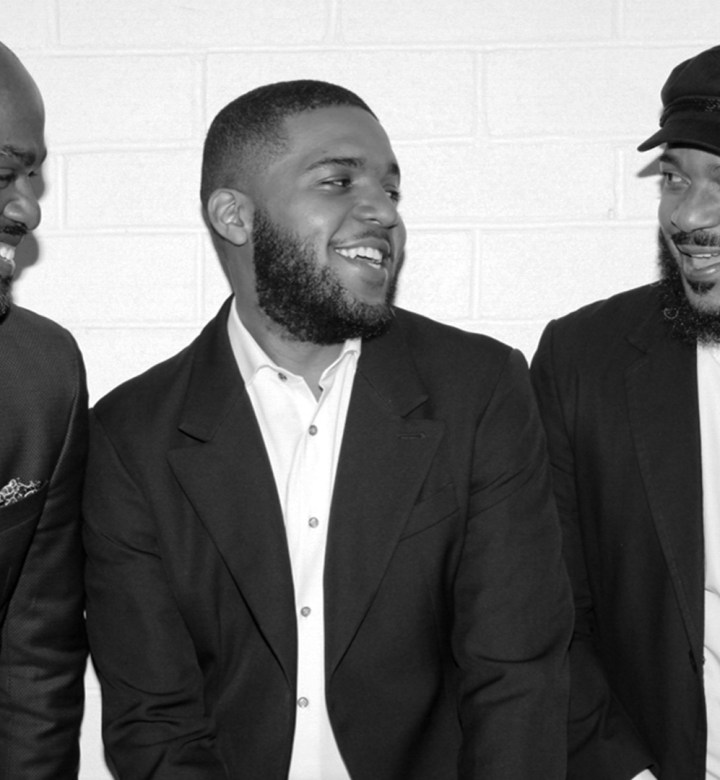 Frank White is the first product you’re launching. Did y’all test out other strains before arriving at the one you have?

Willie: The product Frank White is a brand that will be pre-rolled [joints] and a blend. It won’t be one specific strain. It’d be a number of strains that we liked. But Frank White will also have limited-edition merchandise. One of the things I think is important is that we’re a company that cares and believes in cannabis. But we’ll also have other products that are non-cannabis, as well, and support the idea of tapping into your creativity and ways of healing that extend beyond the cannabis plant.

Frank White is one of the Notorious B.I.G.’s famous monikers. Will future brands from Think BIG also be Biggie-inspired?

CJ, do you see Think BIG getting help from the family friends and celebrities you and your family are connected to?

CJ: Oh, definitely. Of course. But that’s still in the works. We’re trying to figure out the best way to involve certain people for their platform. That’s a for sure no-brainer. All the people in my family that we got. It’s easy as well.

We’ve both had family members incarcerated for non-violent drug offenses ... so it’s important that we look at how we can change the conversation around criminal justice.

You’re working in an industry that has historically featured the marginalization of black and brown men and usually carries a negative image. How are you fighting against that with your Think BIG company?

CJ: Our first actual project we’ll be doing later this month is a collaboration with a company in support of the California Prison Arts Project. We’re going to allow a couple of different artists around the world in and out of prison, that can come up with a sketch, drawing or art piece to be able to put inside the pack or piece that we’ll be developing.

Willie: We’ve both had family members incarcerated for non-violent drug offenses and it’s something that’s really important to us. So it’s important that we look at how we can change the conversation around criminal justice. One is not just focusing on mass incarceration but also around what happens when people are released. One of the reasons we’re supporting the California Prison Arts Project is because they help prisoners when they’re in prison, teaching them the skills and tools to express themselves and be creative. So when they get out, they have the opportunity to reenter the workforce in a powerful way and have more tools to be more creative, express themselves and hopefully get more jobs.

I know education is a big part of Think BIG but, you’re still selling cannabis. How important to Think BIG is selling the product compared to education?

CJ: It’s a mix of both. I think education will drive sales. The more people know the more they’d want to get involved. Having people be more aware will ultimately lead to our goal, which is, obviously more sales, but, also having more people part of the movement and more aware of cannabis as a tool for creativity as well as health and wellness.

Have you guys faced any opposition, or expect any, due to your race?

Willie: I’ve been in the cannabis industry for five years and I’ve been lucky to meet some great people across every socioeconomic standard. From people who were previously in the black market and moved to the grey market to my previous job where I was a chief marketing officer of a cannabis company based in Toronto. The industry, as a whole, including the black market and moving into the grey market, has been a combination of black, brown and white people trying to move things forward.

What we have seen is that so much of the money has been flowing into people who businessmen trust more with their money and investments. We’re also seeing democratic lawmakers in New York state say they’re going to delay any vote on the legalization of marijuana until they get a clear understanding of the effect it’s going to have on people in certain communities. We need more of those conversations had, not just at the legislative level but also at the business and investment level.

Everybody knows [Biggie] smoked, but I feel like he was dealing with real anxiety issues and tough stuff at home, stuff that I just now realize I’m dealing with.

- CJ Wallace about his dad

You’re really trying to change people’s perception on marijuana and affect tangible change by reversing conventional norms around cannabis, including the applications of marijuana. So are you looking into helping get marijuana convictions expunged?

Willie: We’re not. But there is a group that is: Code For America. The City of San Francisco worked with them to automatically expunge 90,000 marijuana convictions. The question is, ‘How do they get a bigger platform, and how do we get voters to know there are easier ways to help people clear their records than them having to go to the courthouse and file a petition?’ If you were arrested, the last place you want to go to is a courthouse. So if there’s a way to do it by using technology or making sure all of the district attorneys in every city and state are automatically going back and expunging records, which they should do, then let’s focus on that. I would love when New York state gets its legalization deal all sorted out that they would add expunging marijuana convictions to their legislation.

Department store Barney’s recently debuted a new shop—The High End—in a few of its stores dedicated to selling cannabis products. Have you been in touch with Barney’s or any other retail locations about selling Think BIG products?

Willie: I have a few friends who work at Barney’s. They definitely were very excited about the launch and want to know what we’re doing. We don’t have any official conversations, but we’re more interested in what they’re doing and what they’re carrying. Brands we want to carry, brands we want to create and brands we are creating are going to be limited-edition. We can’t talk about any retailers yet.

In terms of retail, you may not be able to tell me who will be selling it yet, but can you tell me if you’ll be focusing on selling it in areas that have legalized marijuana recreationally or medically?

Willie: The partners we’re in discussions with and we’ll be launching the first product with, they are in both. Some of the previous brands and companies I worked with were in recreational. One of the things we talked about is the definition of ‘recreational.’ I think a lot of people who would think they’re using it recreationally may have been using it to deal with some anxiety or other issues they don’t really know about it.

CJ: Everybody knows [Biggie] smoked, but I feel like he was dealing with real anxiety issues and tough stuff at home, stuff that I just now realize I’m dealing with.

Willie: Being a black man in American in the ’80s was tough.

CJ: Seeing where he was coming from at that age, in that timeframe, I can only imagine what he was feeling back then, being in Brooklyn. It did more than just help him write these verses.

That’s interesting you say that because when I was growing up, The Notorious B.I.G. was the first black person I knew to speak about suicide. I was 6 when Ready to Die came out, and I was 10 when I finally understood what he was saying on songs like “Suicidal Thoughts.” Do you think those songs are evidence that he may have been using marijuana to fight depression?

CJ: Yeah, most definitely. You have to put yourself back in that time, and it’s hard for me to. But therapy, talking about your feelings, wasn’t the popular choice back then. His best way of doing that was making music. He was definitely dealing with much more than we can imagine. The ability he has to talk about these topics, these difficult things, it’s evident he was going through something.