The Coen Brothers: One of a Kind Stylistic Substance 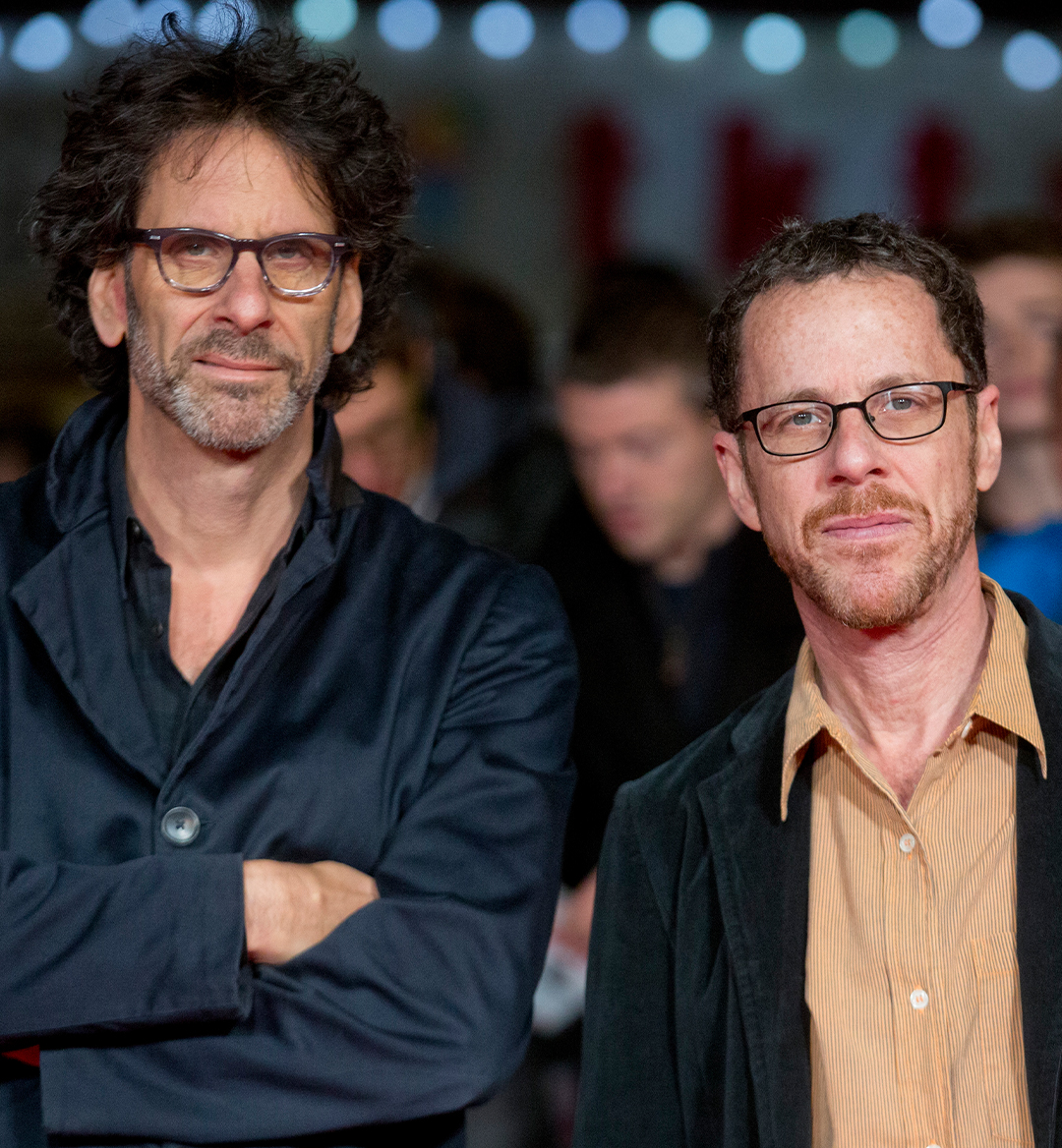 Two of the greatest creative minds of my lifetime. The Coen Brothers, Joel and Ethan, serve as both benchmarks of stylistic consistency, and testaments to how style can be manipulated into different genre forms.

In their Hollywood pursuits, these two men have always worn their hearts on their sleeve, and have produced art that is unapologetically true to who they are as filmmakers. Blazing the path for hundreds of creative minds in the future.

Recently, I revisited a number of their films and got just a glimpse of what it must be like to live in the mind of such masters of the form. To always be able to establish a distinguishable tone, while also being stylistic chameleons is baffling and something all filmmakers hope to be able to accomplish. Two of their films, Blood Simple and Inside Llewyn Davis, specifically encapsulate the consistent nature of their careers from beginning to end. 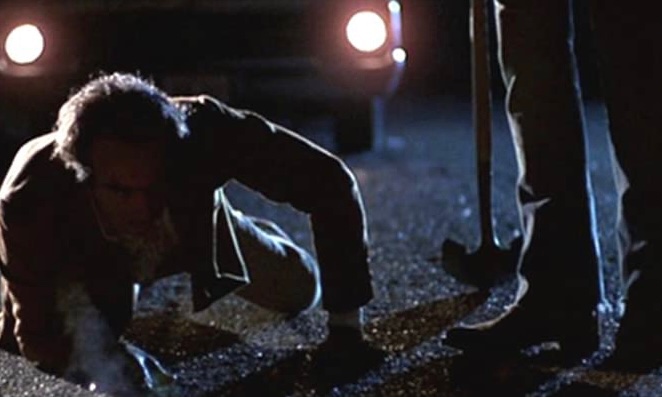 Blood Simple is the first film the Coen Brothers ever pumped out. With a screenplay by both of them, and directorial duties being taken up by eldest brother Joel, they truly hit the ground running.

A first film that feels as if it could be a final film for those familiar with their style, Blood Simple takes a fair stab at every cinematic ideal that the brothers would come to be known for. Dark, hopeless, pessimism countered with off-the-cuff humor, diction that seems both realistic and surreal, and boiling tensions created by the protagonists' own paths of self-destruction.

All of these ideas combine to form a film that has clashing aesthetics that coexist in almost complete harmony. They had a chance to show their one-of-a-kind style to the world and capitalized, working through these moving pieces with grace and elegance.

This film is an anxiety-fueled nightmare for all parties involved, there is always something to keep track of, but the true bliss of it all is that every character has different information. Blood Simple doesn’t look down on the viewer, it expects attention, and rightfully so. The characters are witnesses to a world of moving parts and are left to manage it on their own; The Coens expect the same of their audience. Stunningly confident for a first feature, but when it’s all thrown together by master hands it is bound to work out in the end. 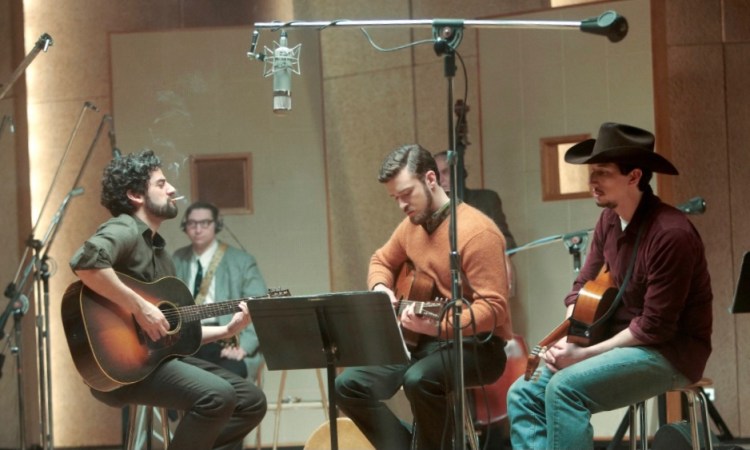 This is contrasted by a “more recent” entry in their filmography, Inside Llewyn Davis. It has all the Coen ideals that were present in their first film, completely unique word choice, the use of “vitriol” stands out, and despite the stagnation of our protagonist's life progression, there certainly are boiling tensions that come as a result of Llewyn’s self-destructive behavior.

This film is a testament to the pure beauty of a Coen Brothers' screenplay, regardless of the level of tension, it still feels deeply important. Characters of different styles clash, much like the clashing thematic content of Blood Simple, Llewyn is our brutally realistic hero, and he interacts with walking caricatures like Roland and to a lesser extent Al Cody. Again, despite the obvious expectation to clash and burn, they interact seamlessly when handled by, now very experienced, master hands.

Small things like Llewyn taking in Roland’s ramblings trying to create a response suitable enough to get him to stop, but as soon as he does Roland just finds a way to keep talking. Small things like Gorfein's friends asking Llewyn if he gets royalties on 'Please Mr. Kennedy', or even smaller things like Al Cody meowing at the cat. Simple, sometimes hilarious, and ingenious.

Despite the fact that the content, intention, and time of creation are entirely different, there is a distinguishable style created by the Coens' firm, yet not overpowering voice. A style that is completely unmistakable and charming to both the average viewer and film buff alike. Very few filmmakers are able to present their voice in such a consistent, likable manner, but they have.

How They Come Together 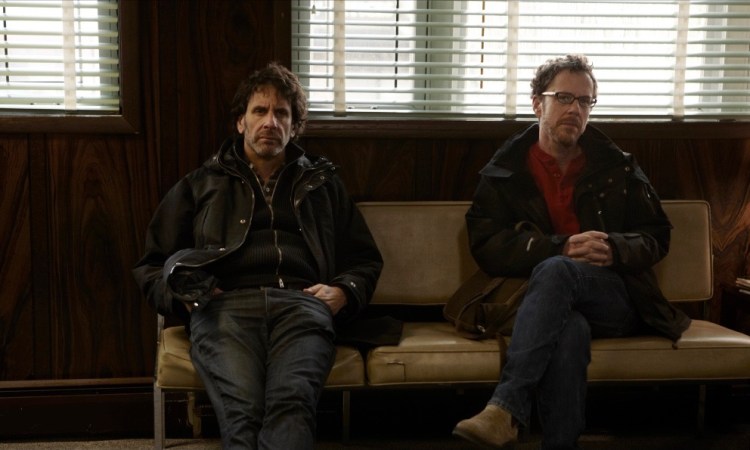 Blood Simple dissects desperation and paranoia, what can a man be driven to, and if the ends justify the means. Inside Llewyn Davis dissects grief to the bone, to its simplest intricacies while barely anything happens. We start and end at the same place, in the same shitty situation, just needing to find peace, and somewhere to stay. Completely different stories with completely different intentions, both diving deep into the human psyche to understand emotion.

Blood Simple is characterized by how much occurs in such a short time span, Inside Llewyn Davis both begins and ends with our titular character in the same place as we first saw him, but both put forth the same energy. Leaving the viewer feeling oddly satisfied through laughs, tears, and bit nails.

From neon-lit Texas bars to Minnesota snowstorms, to Los Angeles bowling lanes, back to the dry Texas desert, and then finally to Greenwich Village. The Coen brothers' careers share remarkable consistency in both content and quality. With a career spanning over 35 years, they have managed to make some of the most memorable films of multiple generations, and they aren’t done yet.

Following a successful outing with brother Joel’s solo-directorial project The Tragedy of Macbeth, brother Ethan will be back at it in the coming year with a lesbian road trip movie written with the help of his wife Tricia Cooke, and it is sure to not disappoint.