D23 Expo 2022 Recap: All the Announcements, Trailers, and Info You Need to See 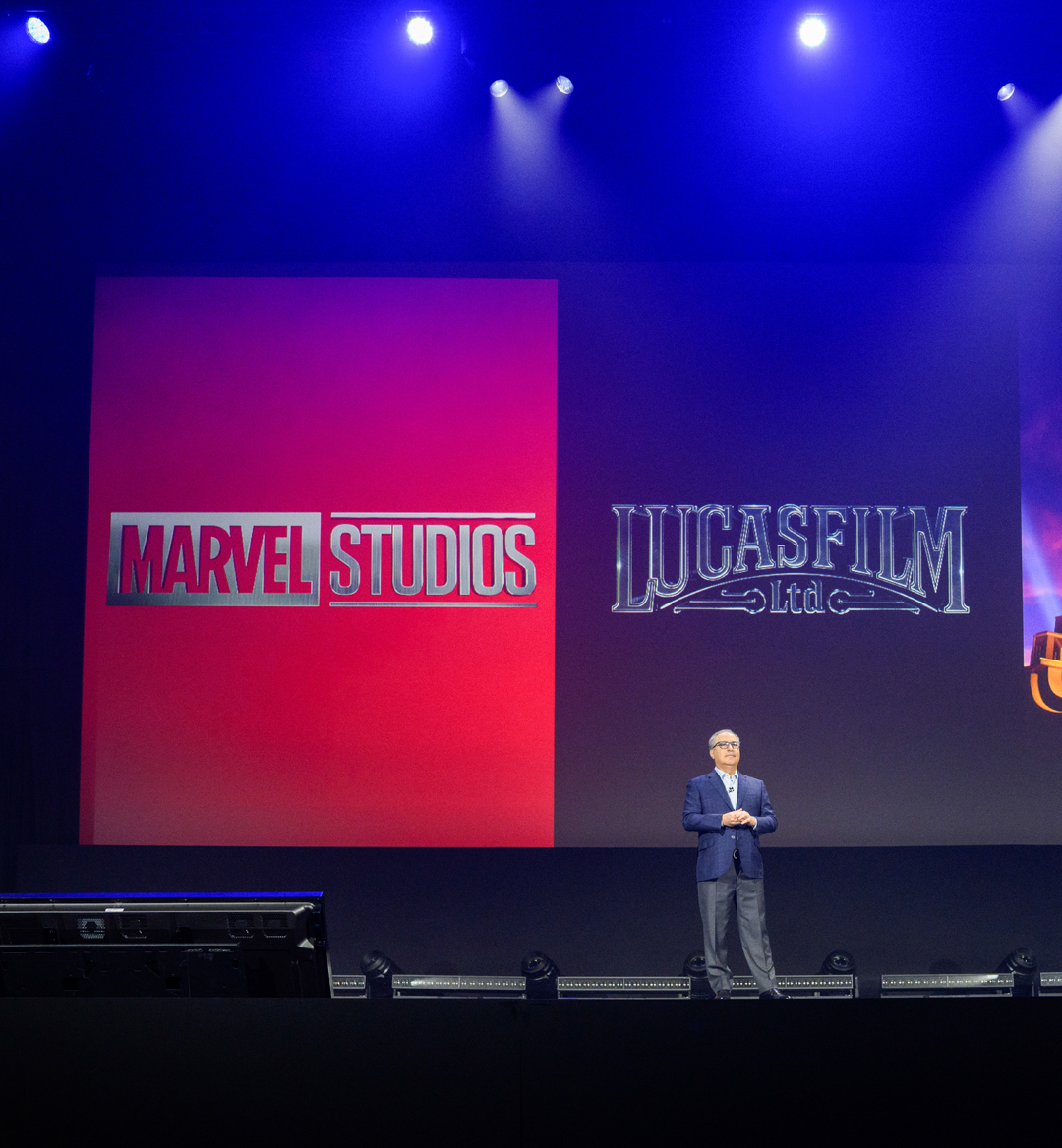 After being forced to take a few years off due to COVID, the D23 Expo made its triumphant return this weekend, where Disney announced its new slate of content. Whether it be video games, toys, television shows, or movies, Disney made some massive announcements and debuts.

While there, unfortunately, wasn't a live stream of the Hall 10 panel where Marvel and Star Wars made their presentations, we've managed to recap all you need to know about their upcoming slates of movies and shows.

All for the Rebellion. Watch the brand-new trailer for #Andor, an Original series from Star Wars, and experience the three-episode premiere streaming September 21, only on @DisneyPlus. pic.twitter.com/w1TiVyBS8t

Per the official description: "Beginning five years before the events of Rogue One, the series follows an ensemble cast of characters during the time that a Rebel Alliance is forming in opposition to the Galactic Empire. One of these characters is Cassian Andor, a thief who becomes a revolutionary and eventually joins the Rebellion."

The series stars Diego Luna as Andor, Genevieve O'Reilly as Mon Mothma, and Stellan Skarsgård as Luthen Rael among others. Forest Whitaker will also reprise his role of Saw Guerrera from Rogue One.

Andor has also officially begun production on season two, which will be its final one and lead directly into the events of Rogue One.

This November, the magic returns. ✨

A television series that serves as a sequel to the 1988 film with the same name, Willow follows Warwick Davis as Willow Ufgood, a dwarf sorcerer who helps a group of heroes that have set out to destroy the forces of evil.

The series will premiere on November 30th on Disney+

Tales of the Jedi

Two Stories of Fate. One Destiny. #TalesOfTheJedi is coming to @DisneyPlus. All six Original shorts are streaming on October 26. pic.twitter.com/mK9WCKRhEi

An animated anthology series, Tales of the Jedi will be a six-episode season of shorts that follow a young Qui-Gon Jinn and his master Count Dooku. It will also include stories following a young Ahsoka Tano in her Jedi training during the Clone Wars and more.

Liam Neeson makes his return to voice Qui-Gon Jinn, and the voice cast of the Clone Wars series, including Ashley Eckstein and Matt Lanter as Ahsoka and Anakin Skywalker, will also appear.

The show will debut on October 28th on Disney+.

Jude Law stars in another new series for Disney+ which will follow a group of kids as they are lost in space during the New Republic era.

As of now, no other cast has been announced but it will premiere in 2023.

A spin-off of the Clone Wars series, The Bad Batch is centered around a group of augmented clones who were sent on the most dangerous assignments of the Clone Wars. After the fall of the Republic, they go on the run from the Empire and meet a girl named Omega along the way.

No new footage was shown, but the season will premiere on January 4th, 2023 with two new episodes.

We, unfortunately, didn't get a new trailer for Ahsoka starring Rosario Dawson but this image showing the live-action recreation of the mural from Star Wars: Rebels was debuted. We see Sabine Wren (Natasha Liu Bordizzo) as she looks toward the mural, mirroring the finale of Rebels as she joins Ahsoka in the search for Ezra Bridger.

“You are a Mandalorian no more.”

The new season of #TheMandalorian starts streaming in 2023 on @DisneyPlus. pic.twitter.com/Bih7bW3JrS

The Mandalorian season two ended with Din'Jarin aka Mando (Pedro Pascal,) parting ways with Grogu following the successful mission to rescue him from Moff Gideon (Giancarlo Esposito.) Grogu left with Luke Skywalker to train but eventually, he and Mando were reunited during the events of The Book of Boba Fett.

The first official trailer for season three of The Mandalorian premiered at D23 and sees Mando and Grogu journeying to reclaim his status as a Mandalorian. In the trailer, we see numerous other Mandalorians, Bo-Katan Kryze (Katee Sackhoff), Greef Karga (Carl Weathers), and more as the galaxy's favorite father and son embark on an adventure.

While no official release date was announced, season three will premiere in 2023.

Harrison Ford and Phoebe Waller-Bridge get a standing ovation after the crowd watched the Indiana Jones 5 trailer for the first time! #D23Expo pic.twitter.com/vRA96tK3Kq

Harrison Ford, Phoebe Waller-Bridge, and director James Mangold took the stage to talk more about Indiana Jones 5. Ford got a little emotional talking about the film and said that it's guaranteed to "kick your ass."

They debuted the first footage of the film but it was not released online, and the plot remains under wraps for now.

The cast of Black Panther: Wakanda Forever took the stage along with director Ryan Coogler and Kevin Feige to discuss the upcoming sequel.

New footage featuring M'Baku fighting Namor and more of the Dora Milaje was revealed but not posted online. It also acknowledged the death of T'Challa (Chadwick Boseman) and also hinted at his sister Shuri (Letitia Wright) becoming the new Black Panther. 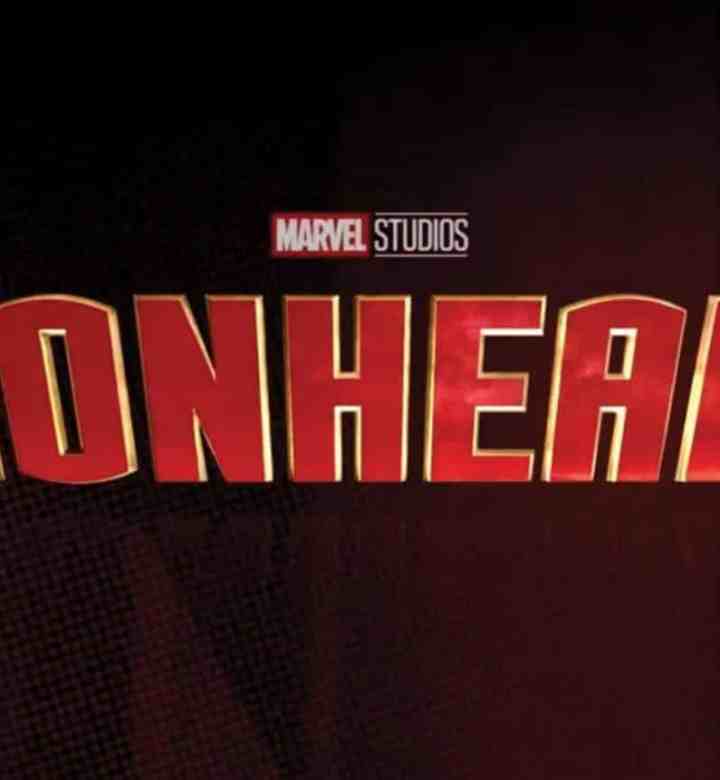 The cast of Ironheart took the stage including Anthony Ramos who will portray the series' villain, The Hood. RiRi Williams aka Ironheart (Dominique Thorne) couldn't make the presentation but footage for the new show was revealed.

Thorne's character will make her debut in Black Panther: Wakanda Forever and the show will follow Williams as she creates an "Iron Man" suit of her own.

Ironheart debuts on Disney+ in Fall 2023.

ANT-MAN AND THE WASP: QUANTUMANIA directly ties into AVENGERS: THE KANG DYNASTY#D23Expo pic.twitter.com/PygcM83lt2

The upcoming third film in the Ant-Man series, Ant-Man & The Wasp: Quantumania was also presented at the panel and was promised to tie directly into Avengers: The Kang Dynasty.

Paul Rudd took the stage and promised the movie is "unlike anything you see from us." With Kang first being introduced in Loki and taking the mantle as the main villain of this movie and the future of the MCU, that quote might end up being the understatement of the year.

A Halloween special, Werewolf By Night stars Gael García Bernal as the title character along with Laura Donnelly in an undisclosed role.

It will premiere on October 8th on Disney+.

"I'm the last person standing between them and what they really want."

It's been a little while since we've seen Samuel L. Jackson as Nick Fury but he's making his return in the upcoming Secret Invasion series for Disney+.

In the comics, the Secret Invasion was a secret plot by the shape-shifting Skrulls to secretly impersonate the various superheroes of planet Earth. While the series won't follow that direction, it definitely looks as if it will be plenty inspired by it.

Secret Invasion premieres in 2023 on Disney+.

Following the events of the first season, we'll likely see Loki as he attempts to pick up the pieces in the wake of the Multiverse breaking open after the death of He Who Remains, a variant of Kang the Conqueror.

Loki began filming earlier this year and is set to premiere in mid-2023.

We get a first look at Echo. It looks to dig deep into the character’s Native American heritage, Alaqua Cox kicks some serious ass, and we glimpse Kingpin at the end. #D23Expo pic.twitter.com/XuU4IQBvDn

"Following the events of Hawkeye in New York City, Maya Lopez returns to her hometown, where she must come to terms with her past, reconnect with her Native American roots, and embrace her family and community," is the synopsis per Marvel Studios.

Echo herself, Alaqua Cox, and the Kingpin, Vincent D’Onofrio, were in attendance alongside Kevin Feige to premiere the first trailer that showed Kingpin with an eyepatch and Echo fighting members of the Tracksuit Mafia.

The series will also explore Native American culture, an important part of the backstory of the character. Echo will premiere in 2023. 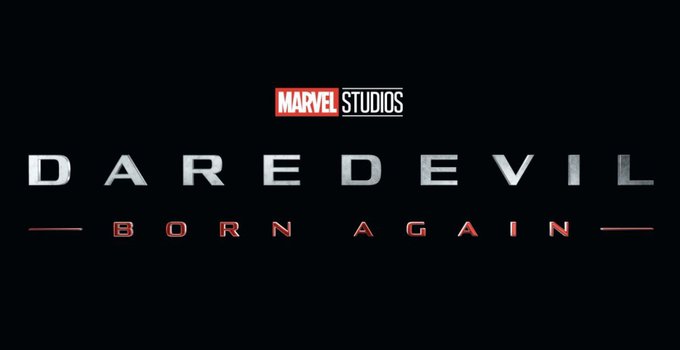 Briefly discussed was Daredevil: Born Again, which will mark the return of Daredevil in the MCU. After reemerging in Spider-Man: No Way Home, Charlie Cox returns as Matt Murdock aka Daredevil.

Vincent D’Onofrio will also appear as Daredevil's archenemy Wilson Fisk and the series will have 18 episodes. It is expected to begin filming in 2023. 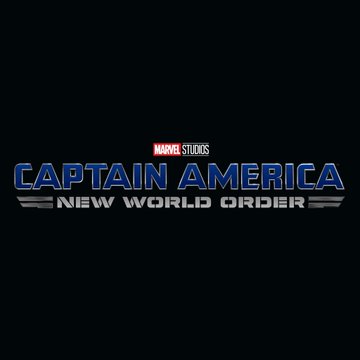 In a surprise, The Incredible Hulk's Tim Blake Nelson will make his return to the MCU as The Leader and serve as the film's primary villain. The film will release on May 3, 2024.

The long-awaited reveal of the Thunderbolts roster was shown, along with some of the cast appearing.

Thunderbolts will be directed by Jake Schreier and will release on July 26, 2024.

We get a first look at The Marvels: Carol Danvers, Monica Rambeau and Kamala Khan switch places because their powers are entangled. It looks like a *lot* of fun, and Zawe Ashton is on excellent form as the villain. #D23Expo pic.twitter.com/yTMoDXqYfS

Marvel Studios wrapped up their panel with a look at the Captain Marvel sequel, The Marvels. We will see Carol Danvers link up with Kamala Khan (Iman Vellani) who made her debut in the Ms. Marvel series along with Monica Rambeau (Teyonah Parris) and Samuel L. Jackson will also return as Nick Fury.

The story has not yet been revealed but The Marvels is directed by Nia DaCosta and will premiere on July 28th, 2023.

Avatar: The Way of Water

Rounding out the panel was Avatar: The Way of Water, the long-awaited sequel to the highest-grossing film of all time, Avatar. James Cameron presented another look at the movie, calling in from New Zealand as some of the cast including Sam Worthington, Zoe Saldana, Sigourney Weaver, and Stephen Lang took the stage.

Avatar: The Way of Water premieres in theaters on December 16th, 2022.

Avatar 4 (Avatar 2 and 3 were filmed together) was also announced as already being in production.