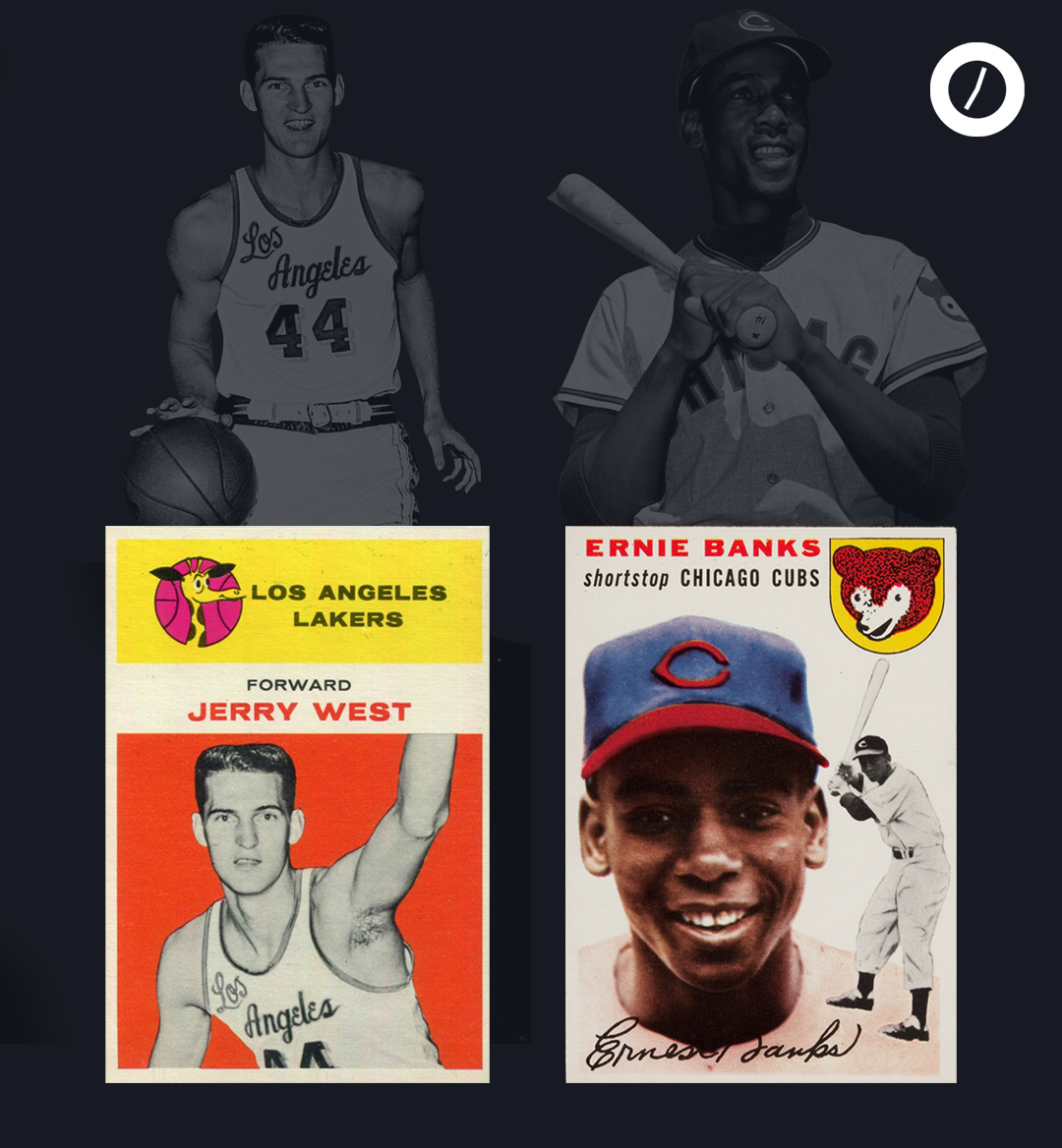 In the second installment of our “Data Debates” series, in which we aim to help newcomers understand the process of evaluating supply and demand and identify which cards are overvalued vs undervalued, we dive into the vintage card market and break down the Jerry West 1961 Fleer Rookie vs. the Ernie Banks 1954 Topps Rookie.

The Case For Jerry West:

Jerry West (aka Mr. Clutch) spent his entire 14 year playing career as a member of the Los Angeles Lakers. His resume is absolutely eye-popping.

And those are just a few of his accomplishments as a player!

From 1976-1979, Mr. Clutch was the Lakers Head Coach, leading them to the playoffs in all three seasons, including a trip to the Western Conference finals.

Later, West was responsible for trading center Vlade Divac to the Charlotte Hornets for Kobe Bryant, signing Shaquille O’Neal and bringing six-time NBA champion head coach Phil Jackson on board, which was the core of the Lakers next dynasty that went on to win three championships in a row from 2000-2002.

West’s accomplishments in basketball are so iconic, that he is actually the silhouette in the NBA’s logo.

The Case for Ernie Banks:

Ernie Banks (aka Mr. Cub) has quite a resume in his own right, and is considered by most to be one of the greatest players in the history of baseball. His career started in the Negro Leagues, playing for the Kansas City Monarchs before taking a break from baseball to serve in the military for two years (1952-1953).

His Major League career began in 1953 with the Chicago Cubs and he quickly made his presence felt, finishing second in the NL Rookie of the Year voting. Banks was a 14 time All-Star, 2 time NL MVP (first NL player to ever win back-to-back MVP’s). He won a Gold Glove in 1960 and hit 512 career home runs (23rd all-time). His #14 is retired by the Cubs (the first Cub to ever have his number retired), was voted to the Major League Baseball All-Century Team and he was a first ballot Hall of Fame inductee in 1977.

First we examine the total populations of each of these graded cards: 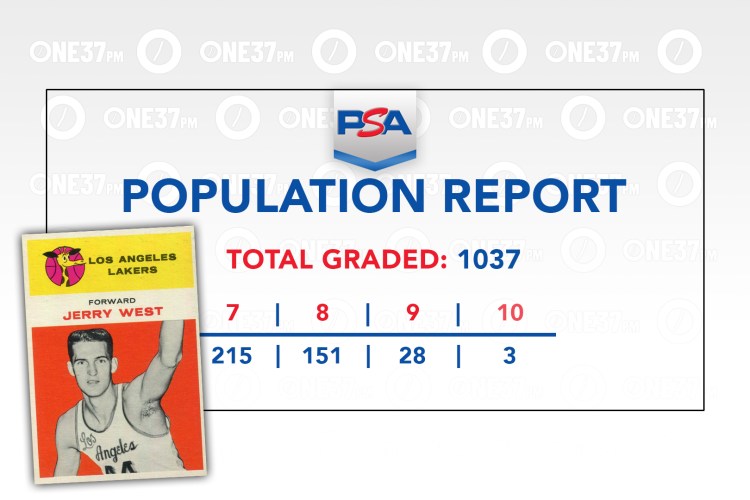 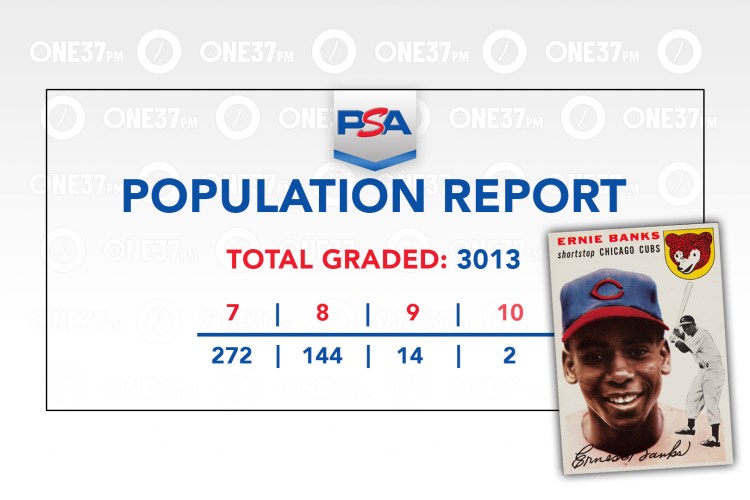 Next we examine the sales charts in each PSA ranking: 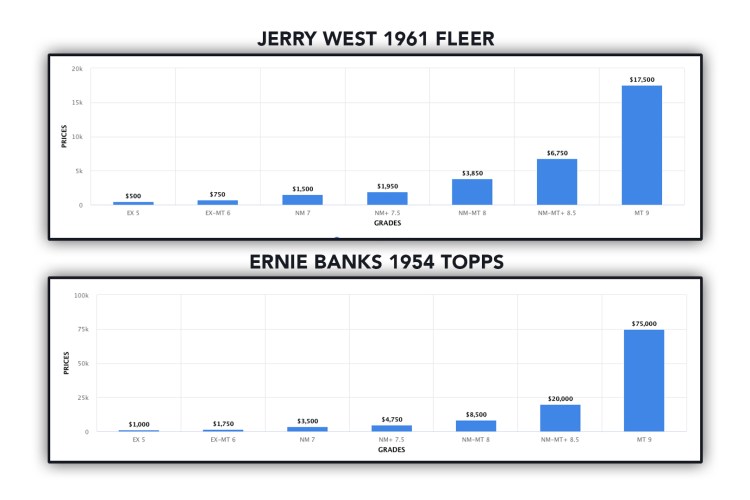 Now that we have all the facts and numbers laid out, you might be asking what this all means and which one might be overpriced vs underpriced?

With such low numbers of the top 2 grades in the market, we will shift the focus to the PSA 8's. The difference in sale price between the two cards is staggering. The last 4 examples of the Ernie Banks PSA 8 card being sold closed between $9600 - $10,990.86. 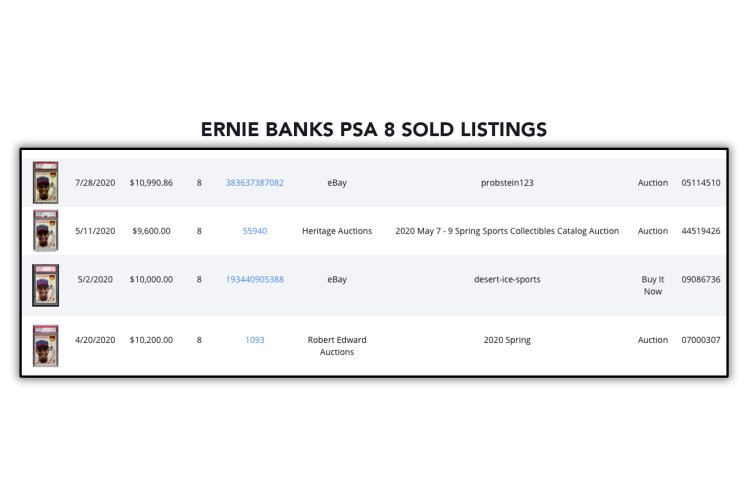 There were three Jerry West PSA 8's sold at auction in the past two months, closing between $4286 - $5199.95. These numbers are less than half of what the Ernie Banks PSA 8's have been selling for. 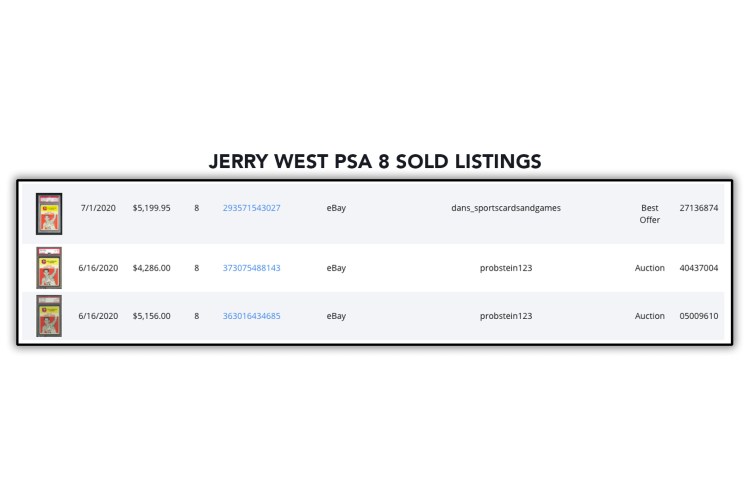 So Who Is The Better Investment?

The difference in price between the two players is nothing short of bizarre. While it’s more than fair to say that Ernie Banks is a legendary player, it is also fair to say that his iconic status and accomplishments pale in comparison to Jerry West’s.

Unlike our previous “Data Debate” where we broke down Luka Doncic vs Kevin Durant, the story is already written for Banks vs. West. Both have already cemented their legacies, you don’t have to worry about things like injuries, potential dips in their play, etc. There is absolutely no reason that a PSA 8 Ernie Banks rookie card should be selling a more than 2x the price of a Jerry West rookie card, especially when considering how hot the basketball market currently is compared to the baseball market. And if you are lucky enough to come across a PSA 9 (or 10) of either card, Banks is bringing back more than 5x the value.

So, which card is the better investment? I will let you make the call here, but this one feels obvious.