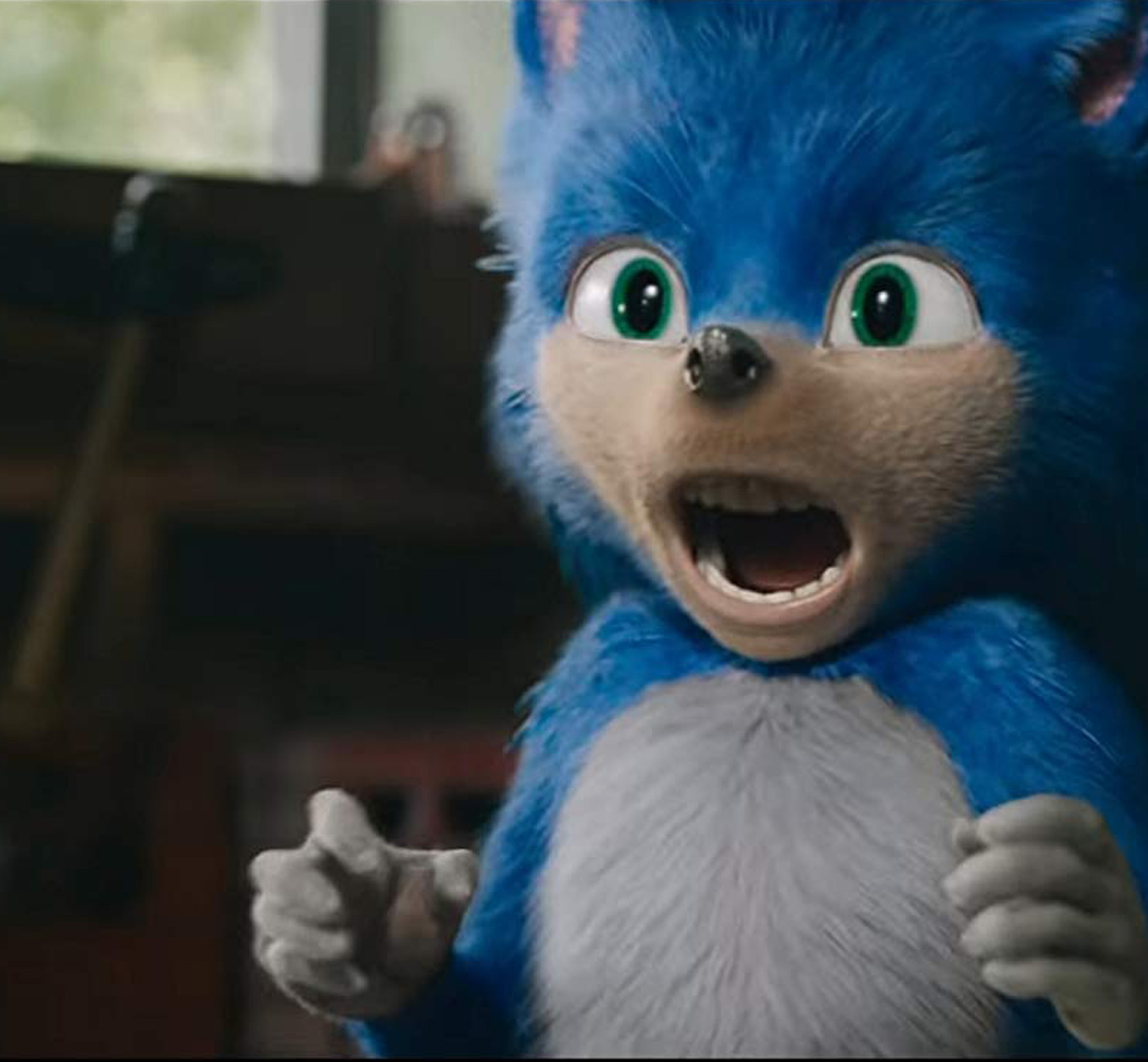 These teeth in the “Sonic the Hedgehog” trailer caused fan backlash. / Paramount Pictures

Following a pretty savage internet reaction to the Sonic the Hedgehog movie trailer—with a lot of discourse surrounding Sonic’s eerie human teeth—director Jeff Fowler announced that the character would undergo a redesign and the film’s release would be pushed back to 2020. “Taking a little more time to make Sonic just right,” Fowler tweeted.

This makeover isn’t uncommon in Hollywood, where the version of a movie that gets released ends up being drastically different from what was originally filmed. Here are just a few of the movies that required an extensive makeover before making it out of the cutting room. Turns out, even superheroes don’t always get it right the first time.

The now-iconic ending to this boxing classic was originally very different, with Rocky deciding to throw the fight and leave the world of professional boxing behind. This fit with the tone of the script, which was initially much darker, but a number of changes were made to the story during filming. We also almost ended up seeing someone else as Rocky, because Sylvester Stallone was an unknown when he wrote the screenplay and the studio wanted a star like Burt Reynolds or Robert Redford. But Stallone issued an ultimatum: Either he played the title role or the film didn’t get made.

This infamously beleaguered sequel had an 11th-hour change of director, with Richard Donner, who helmed the first Superman movie, being replaced by Richard Lester, who reshot the majority of the film. The script was also rewritten to include a different beginning and ending, and actor Marlon Brando, who played Superman’s father Jor-El, sued the production to prevent the use of his likeness after he claimed to have never received his pay from the first movie, resulting in all of his scenes being cut from the sequel.

In the original edit of this Steven Spielberg classic, the lovable extraterrestrial dies in a government facility. Pretty dark, especially considering the family favorite the film is now. Fortunately, test audiences were horrified by this ending, prompting Spielberg to rewrite and reshoot the conclusion so that E.T. made it safely back to his home planet after teaching Elliott the importance of friendship.

Michael J. Fox was always the first choice to play Marty McFly in this sci-fi comedy, but filming clashed with his commitments on sitcom Family Ties, so Eric Stoltz was cast in the role instead. Just a few weeks into shooting, director Robert Zemeckis and producer Steven Spielberg concluded that Stoltz simply wasn’t right for the role and opted to recast. By then, Fox was available. They refilmed all of Stoltz’s scenes, and the rest is cinema history.

Will Ferrell’s exaggerated portrayal of 1970s masculinity has become a cult classic, but focus groups hated the first iteration of Anchorman. A story line involving a gang of bank-robbing hippies simply didn’t land for them, and so large swaths of the film were excised and refilmed. Sadly, this means that performances by comedy powerhouses Amy Poehler and Maya Rudolph never made it into the final cut.

After director Wes Craven gave horror buffs the wildly popular Scream series, Dimension Films was hoping that lightning would strike a second time with a witty, whip-smart werewolf movie. But producers kept changing their minds about what they wanted, demanding rewrites, reshoots and a shift from an R rating to a more family-friendly PG-13. Filming went on for more than two years, and a number of the film’s stars, including Mandy Moore, Skeet Ulrich, Omar Epps and Corey Feldman, had to drop out of production because of scheduling conflicts caused by the extensive delays. The final cut of Cursed stars cult-movie darling Christina Ricci and a pre-Social Network Jesse Eisenberg as siblings who are attacked by a highly unrealistic-looking beast. The firing of special makeup effects artist Rick Baker in favor of a CGI monster is perhaps this film’s most egregious crime.

This comic book reboot was 20th Century Fox’s second attempt to bring beloved comic characters the Fantastic Four to the big screen following the 2005 version and its critically panned sequel. Production on this latest version was rife with troubles, a number of which are visible in the finished product. Dissatisfied with director Josh Trank’s original dark and gritty vision, studio executives ordered extensive reshoots to fit the summer blockbuster vibe, resulting in some pretty glaring continuity errors, including Kate Mara’s hairstyle changing and Miles Teller’s facial hair disappearing—unless those are just superpowers we’re not aware of?

This turkey might look like it was filmed over a weekend with a budget of $20 and a Hot Topic gift card, but its journey to theatrical release was much longer and bumpier. Warner Bros. reportedly wanted to make the tone of the film lighter after a negative audience reaction to the somber Batman v. Superman: Dawn of Justice. Additional filming cost $22 million, more than double the usual budget for reshoots, and the movie still received largely poor reviews. But that hasn’t stopped DC from planning a sequel, as well as a Birds of Prey movie, which will focus on fan-fave character Harley Quinn, played by Margot Robbie.