We'll use the upcoming "The Last Flight Out" as an example. 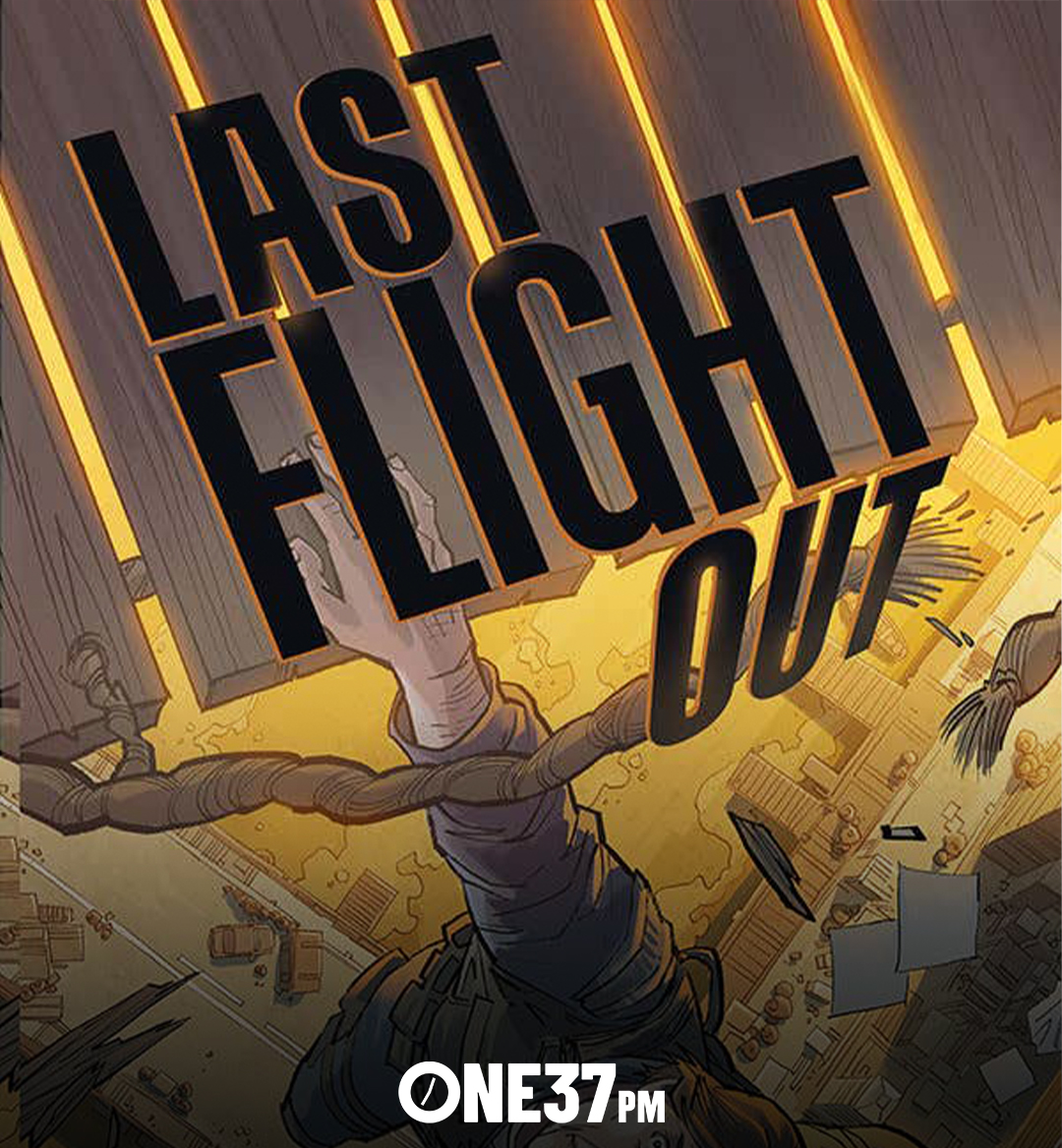 A lot of talk in the collectibles space is about “what” items are worth investing in, but one element of the hustle that gets almost totally overlooked is the “when”. We see books spike, like the indie favorites Something Is Killing The Children or Canto, and we wonder: when is the right time to buy? Is it New Comic Day? Should I get in on the ground floor of cover price copies and load up? Or is it once a book starts to take off? That way you can allow the IP prove itself on the marketplace and go from there. Well, if you're truly trying to be early and buy at the lowest point in the market, the date you should be paying attention to is a comic’s FOC date.

FOC stands for "Final Order Cut-Off" and it's the cutoff date that comic shops and wholesale accounts have to order products from distributors by in order to ensure that they will receive their ordered amounts of said title. This date occurs 23 days from the book's release, or about 3 weeks. Ordering by this date allows you to lock in a pre-order guaranteed as well as secure the best possible price. Since comics are essentially printed to order up until the FOC date, stores are incentivized to give steep discounts ranging from 10-35% off cover price for ordering before that cut off date. If you're investing in a new title, this ordering window is essential. It allows the investor to both predictably secure copies as well as lock in the lowest possible price.  It's for these reasons that FOC ordering is a cornerstone of modern comic speculation and investing.

This week I want to highlight what I am looking for when evaluating books on FOC lists. Cutoff for this week's list is Monday at 10 PM EST and there is a title I have my eye on. It's an indie book and some shops just don’t order those types of titles heavily. I don’t want to wait until release day to try to secure copies; that method just isn’t scalable enough to make my investment impactful. That is why focusing on titles within the FOC window is a must.

The Last Flight Out:

In scouring the list, one title stands out above the rest: The Last Flight Out. This book checks all of the boxes for me. It comes from Dark Horse Comics, the indie publisher behind hits like Hellboy and Umbrella Academy. Dark Horse has a first look deal with Netflix, making the chances for their books to be picked up by the streamer strong. Because Dark Horse isn’t Marvel or DC Comics, stores don’t generally order dozens of each title. This is why FOC ordering is so important. If it was New Comic Day and you decided this was the title for you, or you were in the store and saw the book and thought it had legs, you would be limited by what your store ordered. Up until Monday, you can pre order any quantity you like. This is a valuable tool, especially when investing in smaller press indie books.

Another thing this title has going for it is its writer. The book comes from Hollywood heavyweight Marc Guggenheim. If you're not familiar with that name, you are probably familiar with his work.  Marc has helmed the DC Comics CWverse as a producer on Arrow, Legends of Tomorrow and Supergirl.  He wrote the screenplay for the 2011 Green Lantern film and most recently brought Trollhunters to Netflix.  Marc is even currently working on writing the upcoming HBO Max Green Lantern TV Series. Marc’s Hollywood pedigree makes this title a natural fit as a Hollywood option candidate, but add in Dark Horse’s relationship with Netflix as well as Marc’s own, and this book seems like a slam dunk.

The best resource to know what titles are hitting FOC is to use Diamond Comic Distributors own Previews World website as a guide. Once you have identified a target book you would like to order and know the FOC date you need to order by, the next step is to find a place to order the title. I would strongly suggest checking with your local comic shop, but if that is not possible, look for large retailers like Seattle’s TFAW, where you can pre order copies of The Last Flight Out #1 for $3.19, $.80 below MSRP.  For just a $319 investment, you could lock up 100 copies of what could quite possibly become Netflix’s next big hit. Is there any guarantee? No. But this is by far the best and cheapest way to get into the modern investment game. The key is patience; Hollywood development can take some time. Maybe this title will shoot to $10 out of the gate, but most don’t. Instead, I will be happy to have my 100 copies cheap and be ready to have the first to market slabbed 9.8 copies when the book is undoubtedly optioned.

Whether this book looks like your type of read or investment, this method is a tried and true approach to getting in on the ground floor of a brand new launching indie series. So be sure to check out PreviewsWorld weekly for new titles hitting FOC, and if you are interested in a second look at The Last Flight Out, check out this awesome clip from an interview between the popular comics influencer Simpleman’s Comics and Marc to support the release of the book. You get to learn a bit more about Marc as well as his upcoming Dark Horse release. These are the kinds of tools that can make for smart FOC investors.

So make sure to get those FOC orders in and join me next week when we take another look at what's moving and shaking in the comic book market.