Adidas, Oreo, Red Cross and Mountain Dew are among the brands going all out 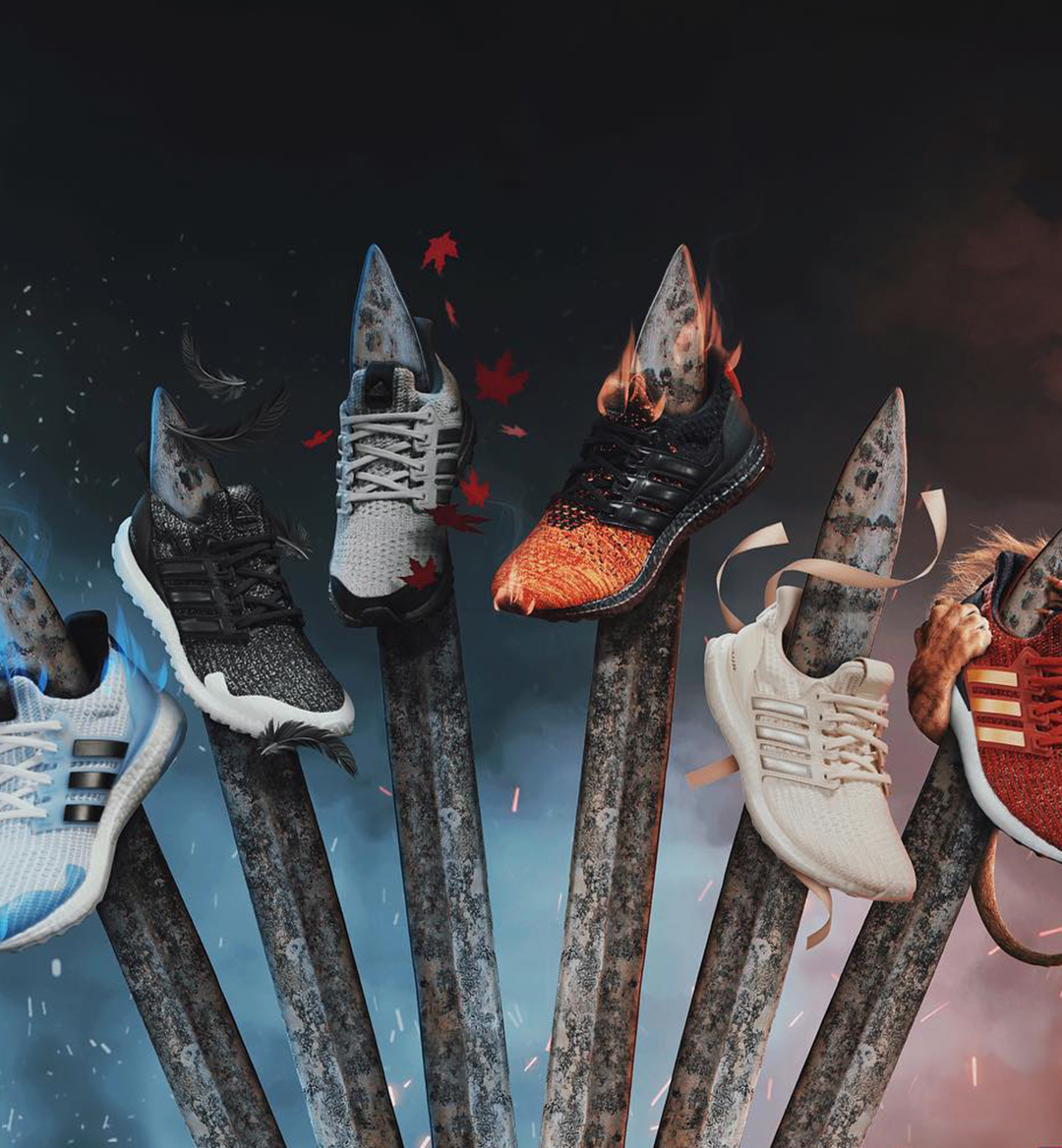 Like winter in Game of Thrones, the brands are here. Brands have been coming up with clever GoT partnerships season after season, and brands like Oreo and Adidas are ratcheting up their creativity and marketing dollars for the eighth and final season.

Game of Thrones is a branding behemoth, and for the series’ last hurrah, HBO has inked lucrative licensing and merchandising deals that have been rolling out ever since season seven wrapped up and attracted 16.5 million viewers for the final episode in 2017. In fact, the show has secured more than a hundred licensees globally, making it the most-licensed program in HBO history.

Ahead of the rightfully much-hyped season eight premiere, here’s a quick look at eight partnerships for GoT’s final season, many of which you can buy and share at your viewing parties. Let the Battle of the Bastards, er, I mean Battle of the Brands begin!

The six Game of Thrones–themed Ultraboost running shoes from Adidas—perfect for running away to save your own life—represent the White Walkers, Night’s Watch, House Stark, House Lannister and House Targaryen. Each shoe includes a phrase like “Hear me roar” or “Winter is here.”

As a tribute to Ayra Stark’s popular “A Girl Has No Name” story arc, Mountain Dew has brought back its A Can Has No Name cans, which are stripped of the usual green branding.

Whoa, this #GameOfThrones fountain show at the @Bellagio in Vegas has everything: dragons, fire, blue flames, Wildfire and the Night King! #ForTheThrone pic.twitter.com/nP6RmRP9zA

Twice a night in Las Vegas until GoT’s April 14 premiere, the Bellagio fountains will put on a Game of Thrones–themed show full of (projected) ice and (actual) fire set to the show’s theme song: “From the green glow of Wildfire and falling snow, to the undead dragon soaring above Lake Bellagio breathing vibrant blue flames that set the waters ablaze, and the crashing fall of The Wall, The Fountains interpret some of the most memorable visuals of Game of Thrones in entirely new ways.”

In February and March, more than 350,000 Game of Thrones fans donated blood as part of the Red Cross’s Bleed for the Throne initiative with HBO. The campaign continues all April, with blood donors earning the chance to win a life-size Iron Throne. People who donate between April 11 and 30 will receive “Bleed #ForTheThrone” posters.

“A whiskey from the land of always winter. For those who face the oncoming storm and never stop walking, winter is here,” the Johnnie Walker narrator proclaims in this #JWWhiteWalker commercial. The White Walker bottle features “thermochromic ink to give fans a frosty surprise message when frozen.”

In ongoing Game of Thrones–themed commercials, an ad campaign that launched with the Super Bowl ad above, Bud Light mimics memorable GoT scenes. In the latest spot below, the dead Bud Knight returns, in Jon Snow fashion, after being resurrected with pasta incantations. We’ll drink to that. Cheers!