A Guide to the 9 Great 'Game of Thrones' Houses 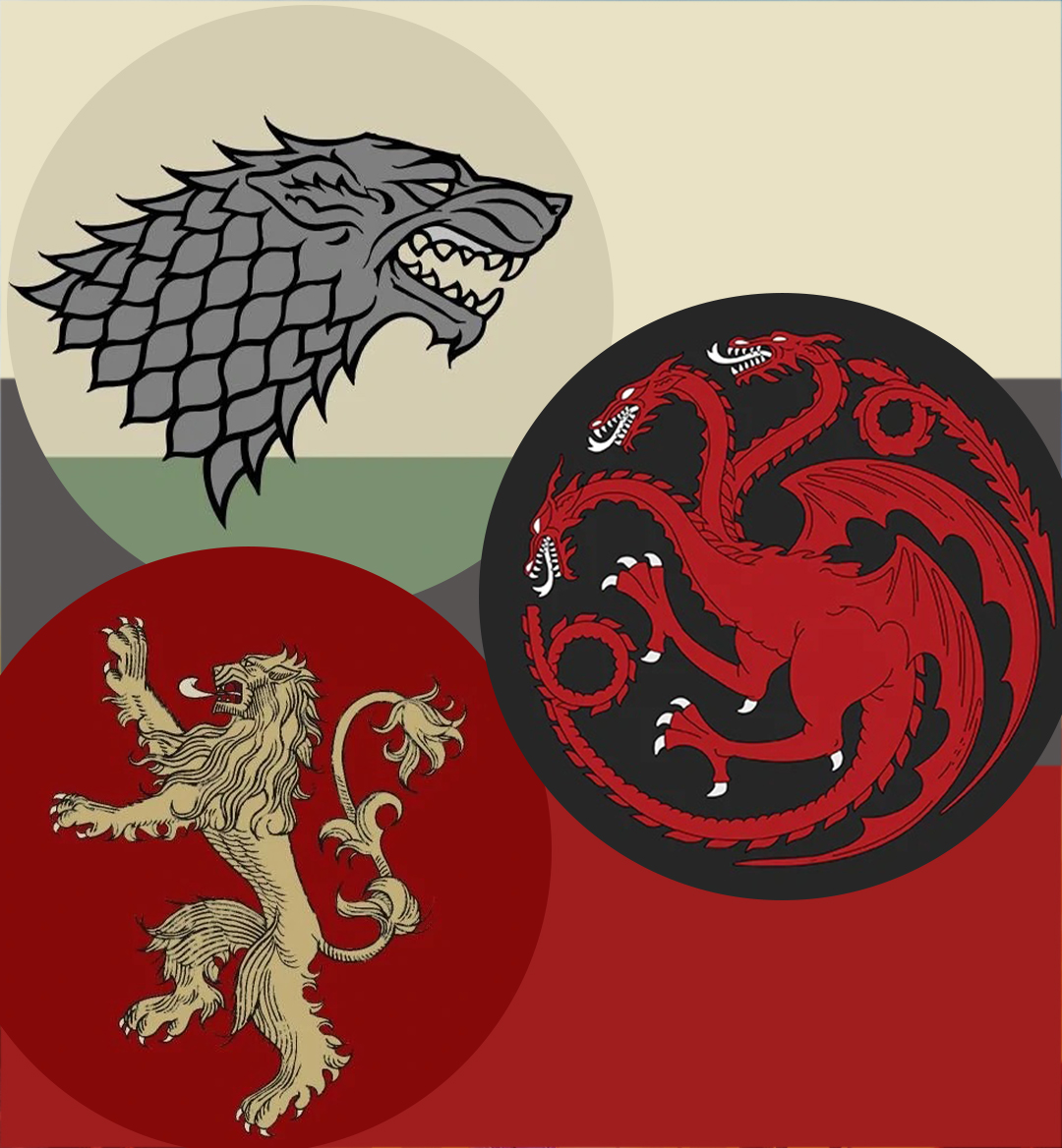 It feels incredibly bizarre to even be typing the words, "Game of Thrones," in here, but we're just about a month away from the spinoff prequel, House of the Dragon, which means I need to start re-familiarizing myself with all the lingo, i.e. flipping through ye olde Game of Thrones houses.

The continent of Westeros is located in the—you guessed it—West, which is broken up into nine different regions ruled by a slew of different family houses. Those houses are controlled under the direction of the King who sits atop the Iron Throne, which is located in King's Landing in the Mid-South of Westeros.

*GAME OF THRONES SPOILERS AHEAD* 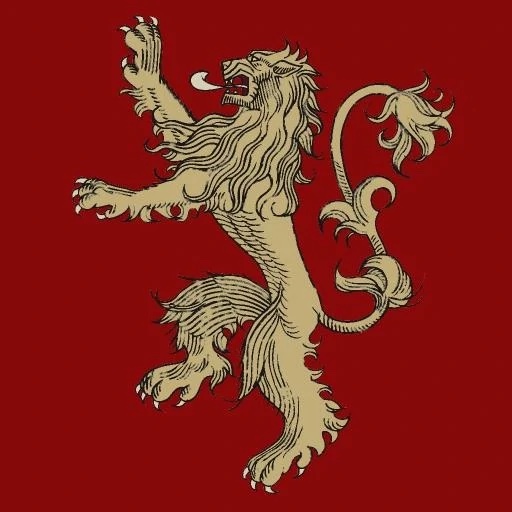 The Lannisters are so wealthy due in part to their location on the west side of King's Landing, as silver and gold are widely available within the mountains in which they live around. It also doesn't hurt to rule over Lannisport, which is the largest city in the Westerlands.

The most well-known members of House Lannister are Tywin, Cersei, Jaime, Tyrion, Joffrey, Myrcella, and Tommen. Now, this gets complex because Joffrey, Myrcella, and Tommen are also part of House Baratheon as their father is (assumed to be) Robert Baratheon. However, it turns out that the three of them are actually children of Cersei and her twin brother, Jaime. No biggie. 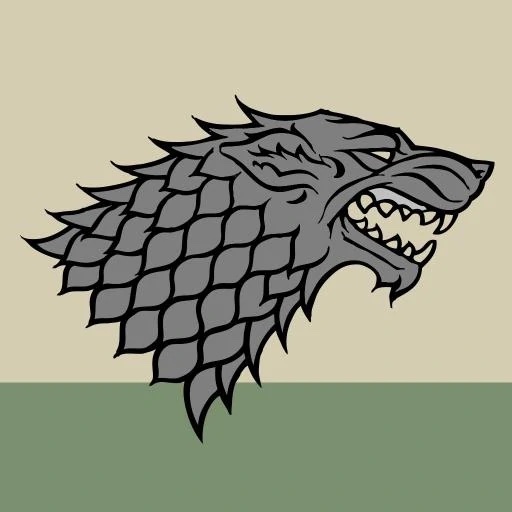 House Stark lays its claim in the North, particularly in its main castle at Winterfell, located way above King's Landing. Though the Wall isn't officially designated as the house's territory, it's basically implied that they rule that area, too. Although the Wall is guarded by the Night's Watch and not Stark soldiers.

While the North might have some major square footage on its side, it doesn't have much manpower to fuel the entire place. It is also by far the largest region of all nine, but its population is spread far and wide, much unlike the other regions in Westeros.

We spend quite a bit of time in Castle Black in the North, which is home to the Night's Watch where Jon Snow spends most of his time, located just inside the Wall. Also, it might just be the fan favorite of Game of Thrones houses.

The heavy hitters from the North include (or included) Eddard, Lyanna, Benjen, Jon Snow, Robb, Sansa, Arya, and Bran.

(And Rickon too, even though he sucks at dodging arrows.) 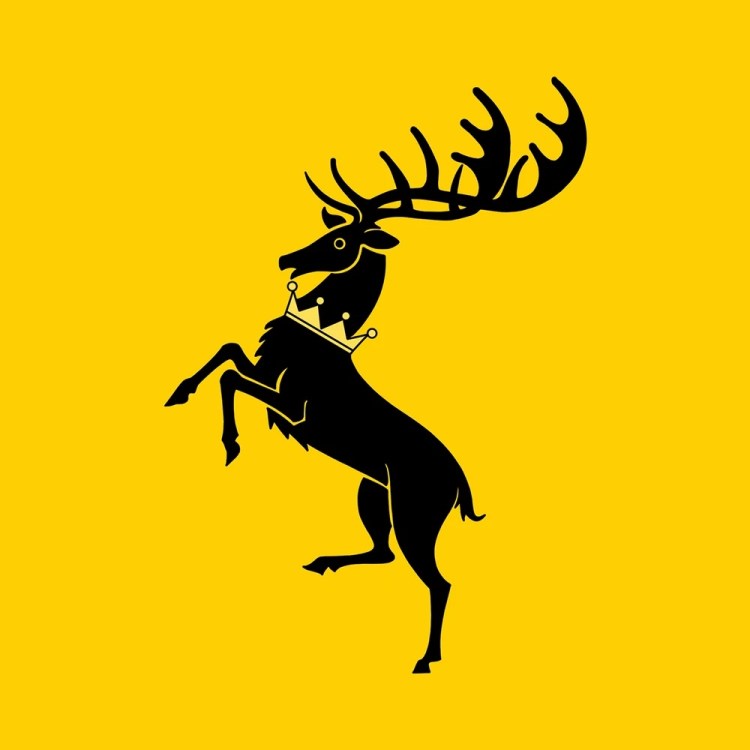 First off, let's just take a minute to appreciate House Baratheon's logo; there's nothing better than a creepy-looking black stag with an eye that follows you around a litttttttle too closely.

The Baratheons rule the Stormlands, an average-sized area to the east of King's Landing that gets slapped with a ton of nasty storms on a regular basis—hence the name. While the house rules directly from Storm's End, the entire area also includes islands just offshore, like Tarth and Estermont. 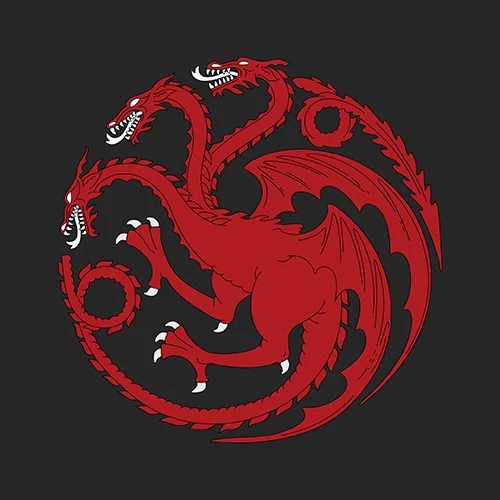 Another complicated house (basically, they all are), House Targaryen is the subject of House of the Dragon, which takes place about 300 years before Game of Thrones and explores the house's civil war.

Not even technically a Royal House anymore as they were exiled to Essos, a continent located just across from the Narrow Sea. In Game of Thrones, House Targaryen doesn't control one specific area, though it used to be located in Dragonstone in Blackwater Bay. Instead, the house moves around quite a bit, basically just following around Daenerys wherever she goes.

As Jon Snow is listed both within the House Stark and House Targaryen members, where is this dude actually from? To answer that question, it's a bit mixed: he spent the bulk of his life with the Starks, though much later on, he turned out to be the son of Lyanna Stark and Rhaegar Targaryen—and the nephew of Daenerys (which makes their relationship a little awkward now).

Ah, the house of the single greatest character in all of Game of Thrones: Lady Olenna Tyrell.

House Tyrell rules from the Reach, with their main castle located in Highgarden; the area is also home to the second-largest city in Westeros, and that's Oldtown. There are quite a lot of similarities between House Tyrell and House Lannister between their enormous amounts of wealth, populations, and resources. The Reach is also one of the most densely populated areas in Westeros, which is much like House Tully in the Riverlands, as both also have their fair share of rivers to utilize.

House Tyrell's main members are Lady Olenna, Luthor, Mace, Margaery, and Loras. Though it's one of the smaller Game of Thrones houses, it sure packs a punch with its fierce leader, Lady Olenna Tyrell. 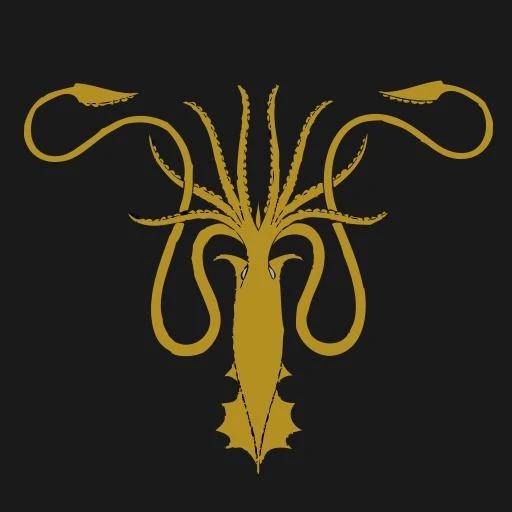 Though they might have the coolest logo in the game, House Greyjoy isn't that great of a gang to be a part of. Born warriors, the Greyjoys excel in combat and are known to be some of the most troublesome in all of Westeros. Alright, maybe they're not as bad as the Boltons, but they're certainly one of the most rebellious Game of Thrones houses.

The house rules from one of the vibiest-looking places around, the Iron Islands, which main islands are Harlaw, Blacktyde, Great Wyk, Old Wyk, Saltcliffe, Orkmont, and Pyke, the latter of which holds their main castle. It's located Northwest of King's Landing, right off the coast of the Westerlands and Riverlands. 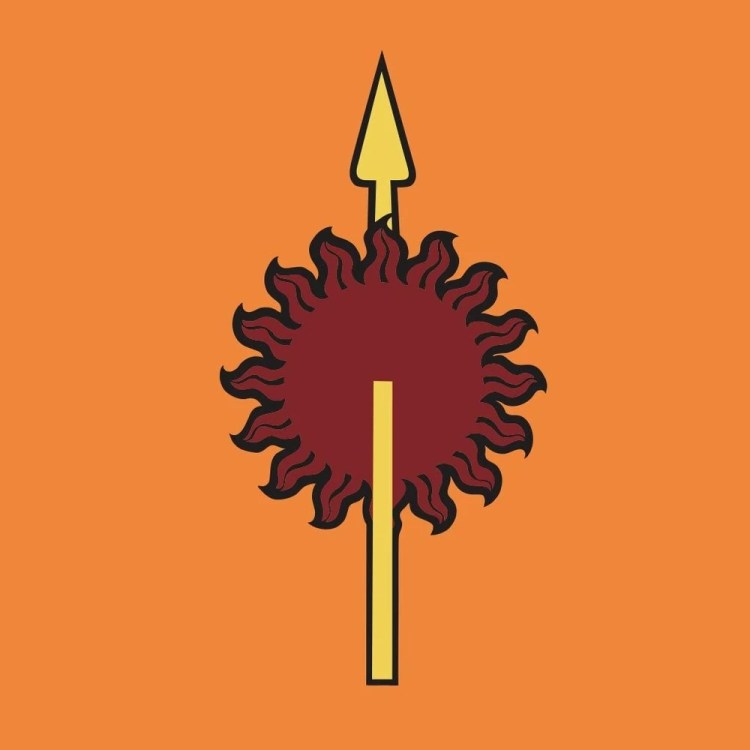 Sadly I'm not talking about Martell's Tiki Bar on the boardwalk in Point Pleasant, New Jersey.

House Martell rules over Dorne, which is most well known for its ports, Plankytown and Sunspear, the latter of which they rule directly from (Ah, now that logo makes a little bit more sense). Dorne is the southmost of all Westeros, located below the Stormlands and the Reach.

Because their region is hidden behind the Red Mountains and the Sea of Dorne, it gives House Martell some space of its own, which is both a positive and a negative. For one, it allows them to be a tighter-knit community and have more pride in where they're from, but at the same time, it also makes them extremely isolated from the rest of Westeros. 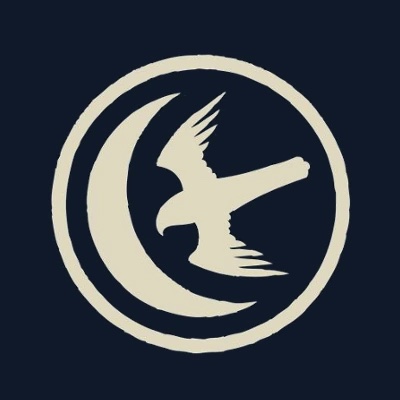 House Arryn controls a very aptly named area in Westeros—the Vale of Arryn—which includes their castle of the Eyrie and the port city of Gulltown. It lies north of King's Landing, just to the east of the Riverlands, and is also home to the Mountains of the Moon, which are located on the west side of the region. The infamous moon door is located at the top of these very mountains within the High Hall of the Eyrie, which has seen many people propelled out of its mouth. 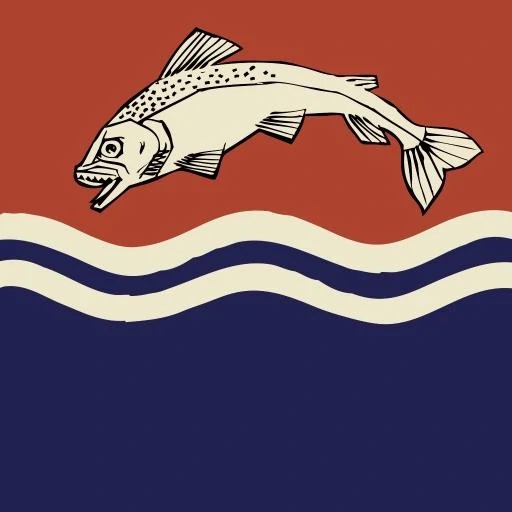 No, this isn't the hit movie, Tully, starring Charlize Theron—we're talking about House Tully, one of the slightly lesser-known houses in Westeros.

With the fish as their main logo, House Tully rules the Riverlands, which main ports include Maidenpool, Seagard, and Saltpans along with their most notable city being Stoney Sept. The Riverlands are north of King's Landing, just below the beginning of the North. One of the most infamous scenes of all—the Red Wedding—took place at Lord Edmure Tully and Roslin Frey's wedding feast in the Riverlands.