When you play the game of entrepreneurship, you win or you die 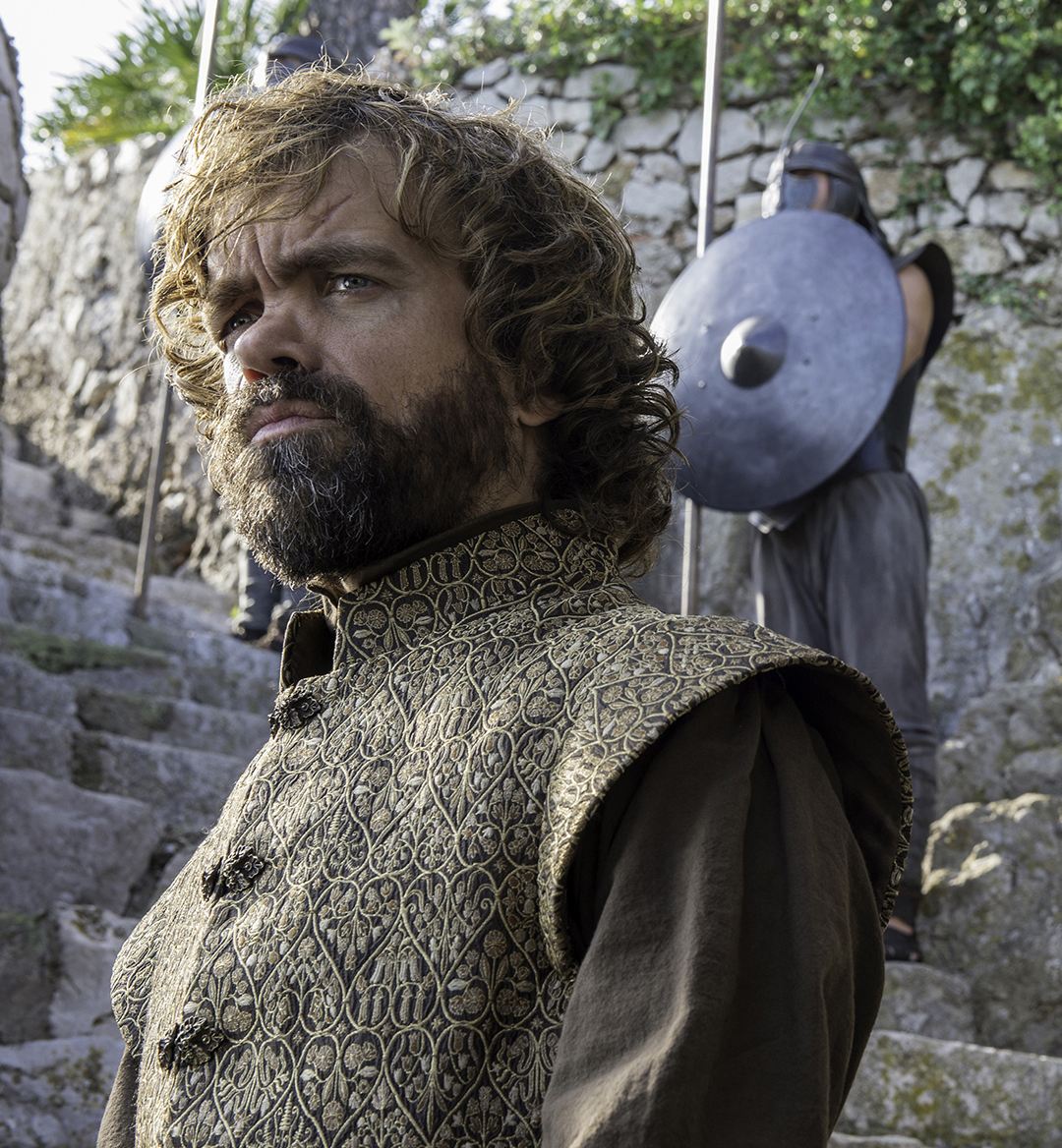 Business isn’t inherently bloodthirsty, even if capitalism holds a special place in its heart for those willing to sacrifice it all to be the best, but it is inherently competitive. So when looking for business tips, why not look to a show with one of the most dangerous, brutal and complex competitions at its core? George R.R. Martin sure has been milking it for a while. Whether you’re instigating a hostile takeover or simply working to keep your small business afloat, the nation-building battle for power at the heart of HBO’s powerhouse fantasy series Game of Thrones has something to teach.

Warning: Spoilers for Game of Thrones ahead

Here are just a few lessons from A Song of Ice and Fire’s many verses to absorb before the show returns for its eighth and final season in April 2019:

Part of building a successful small business is fitting into the local ecosystem. The community you’re serving already has a way of doing things—be it approving permits, marketing sales or sponsoring events—and it’s in your best interest to follow suit. Understanding local best practices will help establish healthy relationships with neighbors and customers alike, while failing to do so can have less than favorable consequences. Just ask Ned Stark what it’s like when you don’t play the game and don’t network effectively.

Having a trusted lieutenant can make running anything easier—from an army to a deli—so why not train them to be the best they can at their position? It prepares them for future responsibilities and increases your ability to effectively delegate. Tyrion would be dead if he hadn’t trusted in his squire Podrick, whose education comes from the youngest Lannister, Bronn and Brienne. Further, effectively training employees will inevitably make it easier when they need to lead others. Pretty much every young lord or lady in Westeros who took over from his or her dead parent could’ve benefited from more management training. This is why few of them last very long.

3. Make the best out of bad situations

Overachieving with lackluster resources can bolster any up-and-coming business. Scrappiness is a necessity in almost any industry, especially if you aren’t blessed with investors, and it's a quality sure to win loyalty from those witnessing it. While the slave-to-queen journey of Daenerys might not impart too many literal lessons (do NOT dump molten gold on anyone, especially not your brother), it does offer plenty of inspirational ideals. Her commitment to her mission statement led her to find and develop opportunities that others advised her to ignore, like using her Dothraki and Unsullied to free the slave cities, earning quite a reputation along the way. 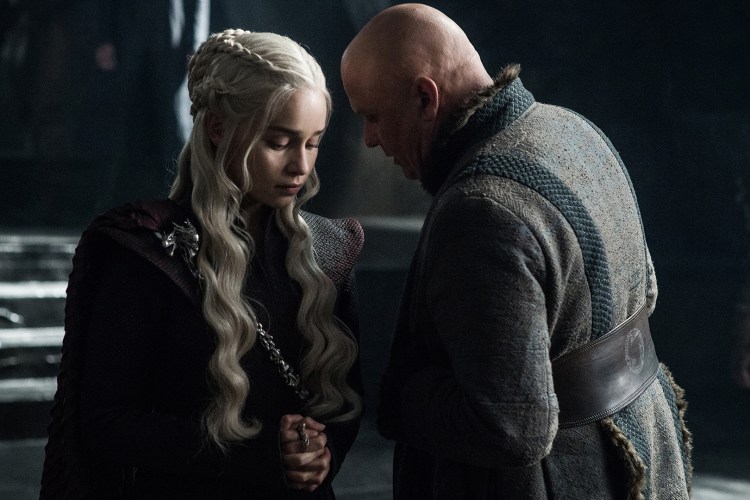 Having the ability to understand the needs of employees and having your expectations understood by them is paramount when the going gets tough. It’s easier to circumvent the blame game and get right down to finding solutions if everyone feels comfortable talking to each other. Varys, arguably the most successful man on Game of Thrones, is constantly in the know. His vast network of spies and informants may be a bit of an invasion of privacy, but his trust in information and communication is still as relevant as ever, even persuading Daenerys to solicit his unembellished honesty in the seventh season's second episode, “Stormborn."

5. Plan, plan and plan some more

Even underestimated dwarves can be heroes with a bit of foresight and follow-through. That’s what Tyrion proved with his savvy wildfire scheme in the “Battle of the Blackwater” and what any underdog needs to make his or her mark. Established businesses don’t take uncalculated risks, so neither should you. Research and plan your gambles so that the likelihood of success is higher and failures are quickly understood and remedied.

6. Capitalize on your brand

As each House has a specific set of traits as its calling card, so too should each business. Solidifying a strong brand is vital when generating recognizability and early customers. The Lannisters wouldn’t be as well-known without their reputation for always paying their debts. Catchy phrasing doesn’t hurt either. A slogan can feel hokey at times, but find one that fits your business and it’ll become inseparable from your work. 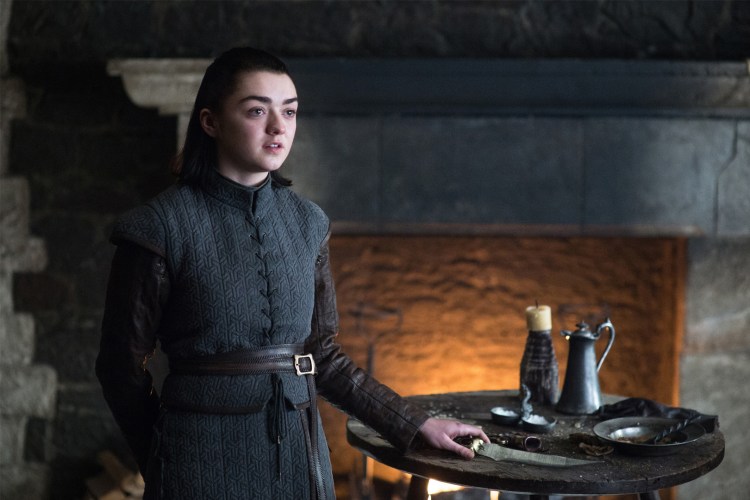 Not everything needs an add-on, a gizmo, a coupon or a selling point on top of a selling point. Sometimes the best thing is to do something simple and do it well. Sometimes your name is Hodor, you only say “Hodor” and your job is being big. Don’t overthink it.

8. Don’t be discouraged by setbacks

The sunk cost fallacy—irrationally feeling obligated to do something because of an investment or loss of time or money—is just as bad as ignoring all warning signs and barrelling ahead anyways. The House of Stark knows this intimately. Arya’s quest for revenge after her parents and brothers were murdered certainly went to some extremes—she was blind for a little while in season six, remember? If she continues her murderous spree, she’ll end up no better than the killers. Sometimes you just have to walk away from a bad deal no matter how right it feels.

On the other hand, consider the case of Stannis Baratheon. The would-be king invested so much time, effort and life to the Lord of Light that he figured, “Sure, I should probably burn my daughter. I’m in too deep not to.” His worries about not wasting time or resources already spent in pursuit of the throne are economically inefficient and ended up escalating his commitment for unfavorable results: a dead daughter in “The Dance of Dragons” and a dead Stannis in “Mother's Mercy.” Don’t be like Stannis.