Analyzing Antetokounmpo: How Has the NBA Championship Affected His Card Prices? 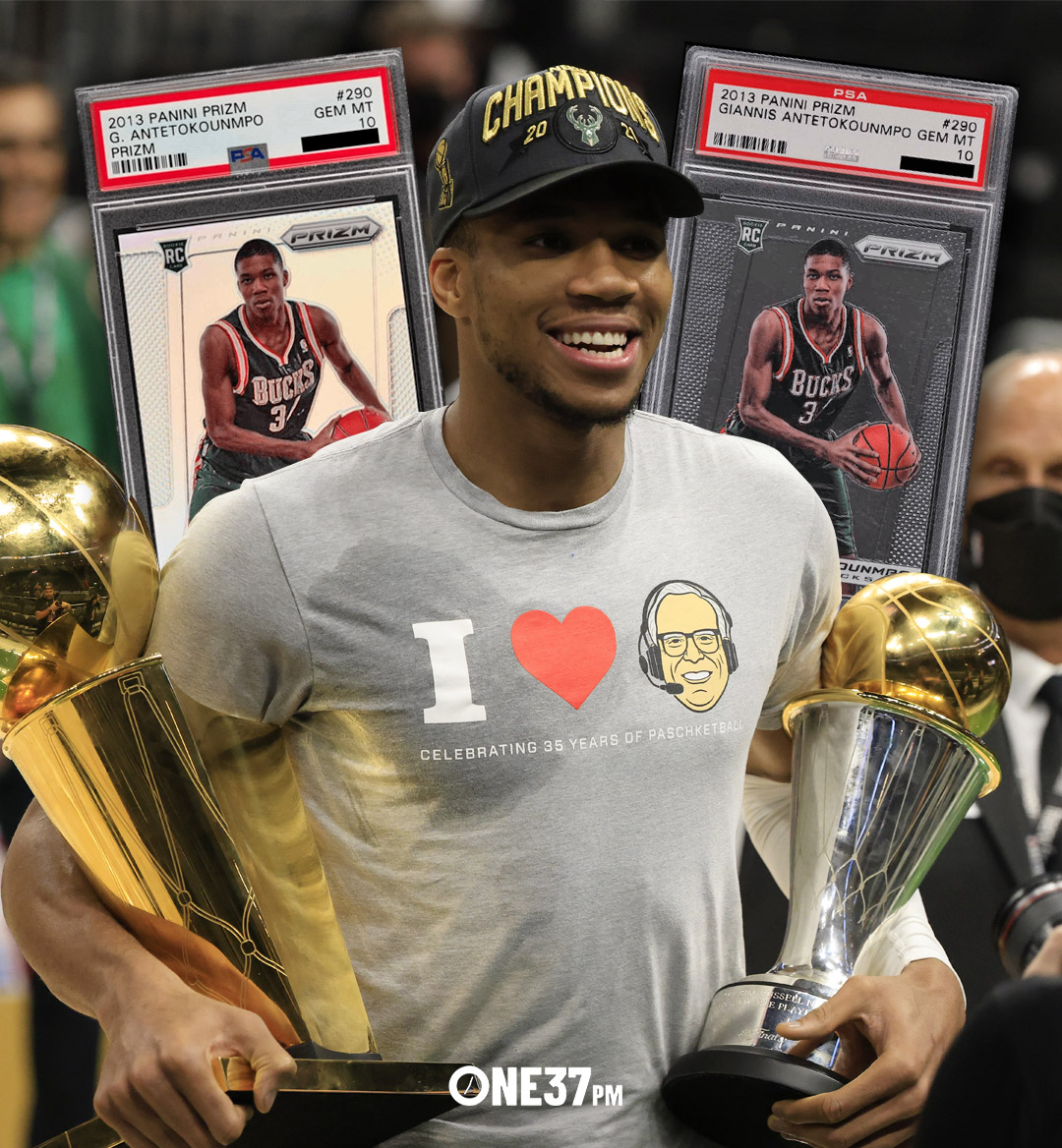 He also recently hit a milestone that matters significantly in the hobby, winning a championship (and being the headline player to do so).

The Bucks won their first championship in 50 years after defeating the Phoenix Suns 4-2 in the Suns with Giannis leading scoring, averaging 35.2 points per game.

We’re about two weeks removed from the series conclusion, so let’s take a look at his card trends.

Sales Volume and Growth - All Cards 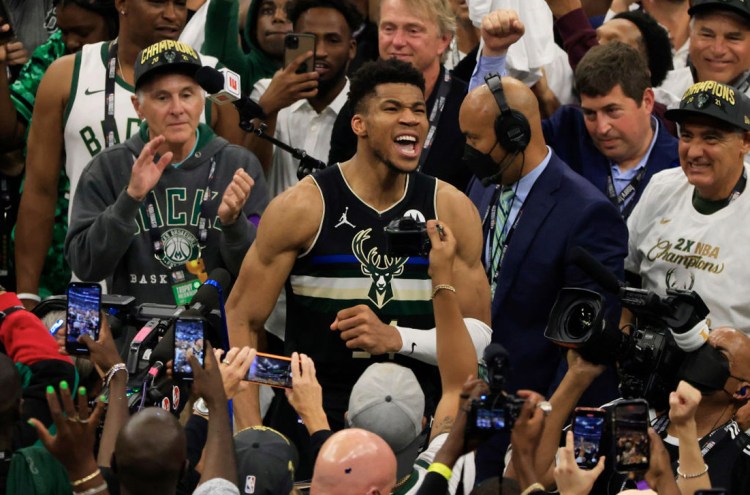 We’re about two weeks removed from the series conclusion, so let’s take a look at his card trends.

Using CardLadder, we can evaluate sales volume and growth trends for all tracked cards of a player. 136 cards (a mix of rookies and non-rookies) comprise the list for Giannis.

The day after the NBA finals concluded, Giannis’ cards saw a spike in sales volume at $166,500: 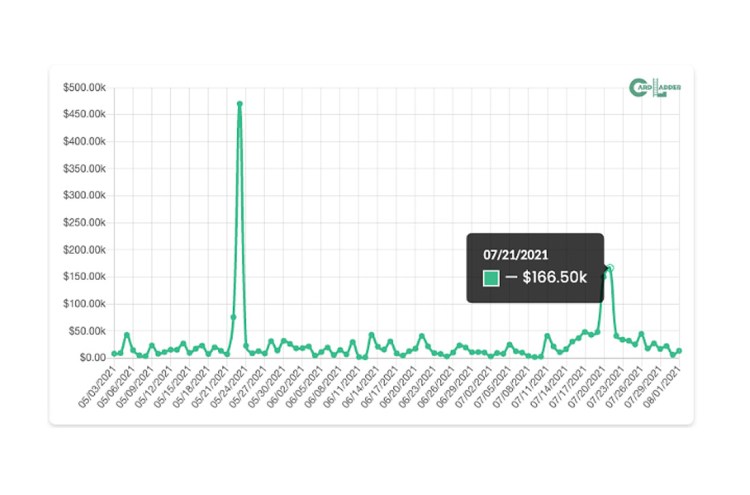 In the past month, his cards have experienced an average growth of 9.04%: 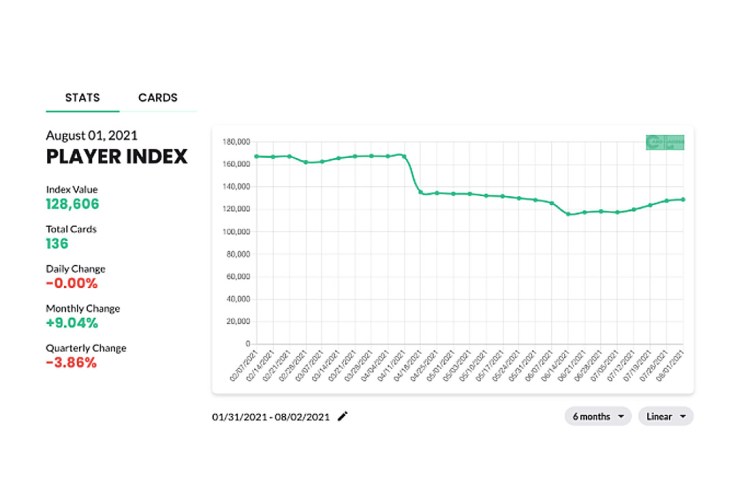 Over the past quarter, however, his cards are down an average of 3.86%.

If we dig a little deeper, we can look at a snapshot of his cards with the most monthly growth, and, surprisingly, they aren’t his Prizm rookie cards: 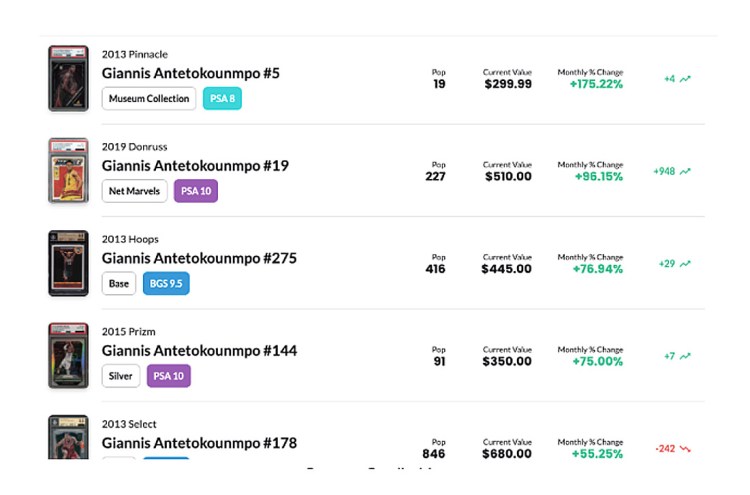 It’s interesting that the largest monthly % change cards are a mix of rookies, non-rookies and don’t include any Prizm.

Let’s dive into that next. 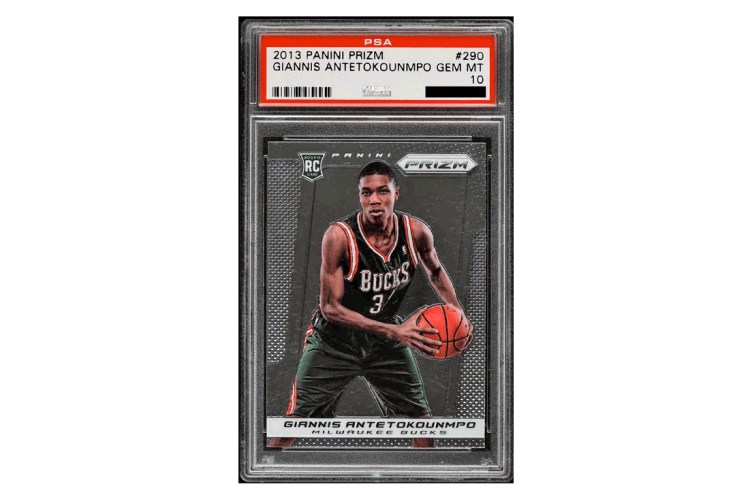 This card has a population of 2,615 and has seen 58 new copies issued since May 5th.

But just 1 day after the finals, the card peaked again: 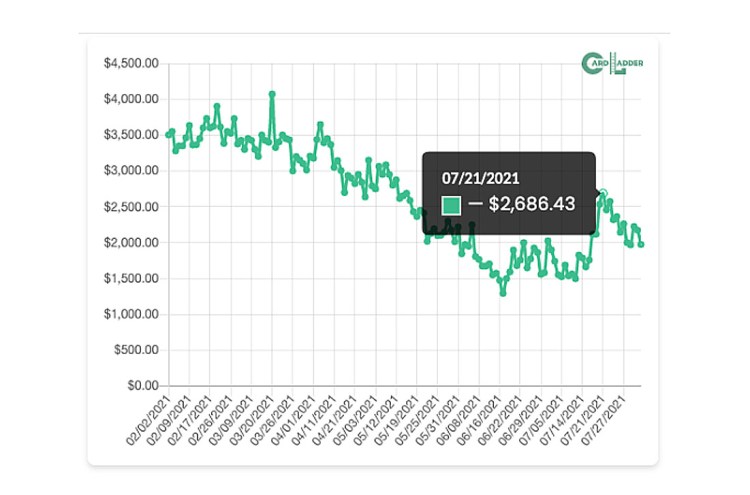 However, since the peak price right after the championship victory, the card has retreated back down to $1,975 for a 26% loss.

One common theory is that after a player wins a championship, a supply floods the market for the holders looking to capitalize on the moment. This trend has been seen previously with Patrick Mahomes after his first Super Bowl victory.

It’s counterintuitive, but 12 copies of this card sold in the past 11 days versus 9 sales in the ten days leading up to the NBA championship.

There are currently 96 copies of the card available for sale on eBay. That’s 3.6% of the total supply!

There are currently 15 copies in an auction format.

The championship gave a bump to the card’s price, but even with nearly 97% of the supply off of the market, the demand can’t keep up. 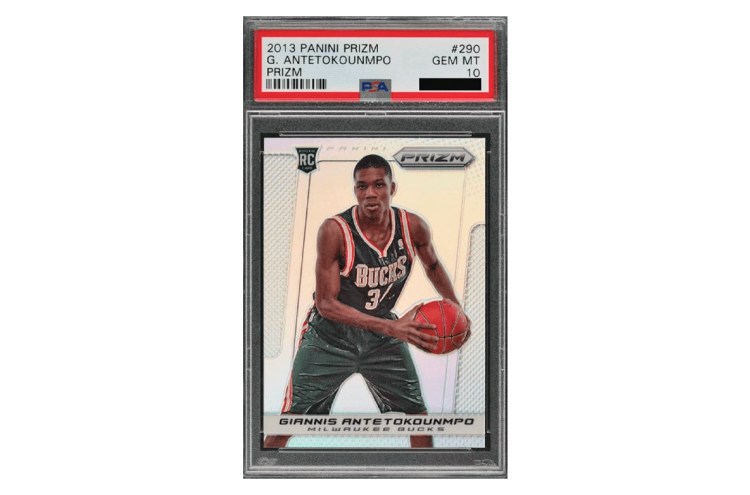 Giannis’ Prizm Silver is at a much lower population of 75 copies, which doesn’t give us much data to work with.

There are currently 3 PSA 10 copies available on eBay, which is 4% of the total population. 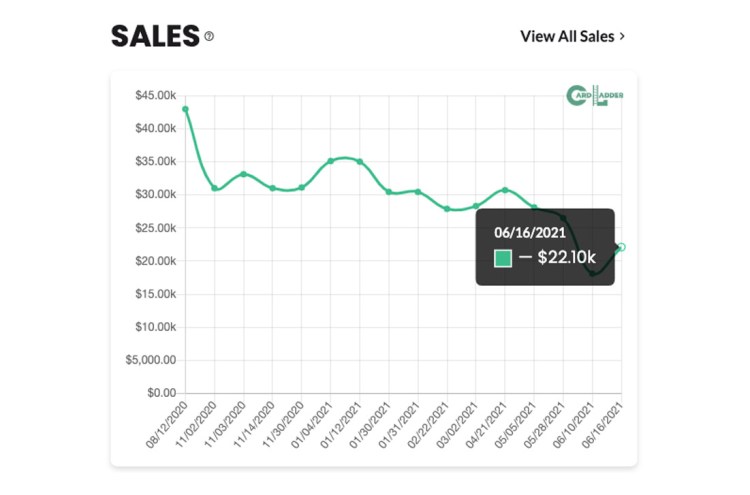 The minimum price on eBay is currently $34,995, but there hasn’t been a buyer.

The card has sold a total of 16 times since August of 2020, or a little over once per month. 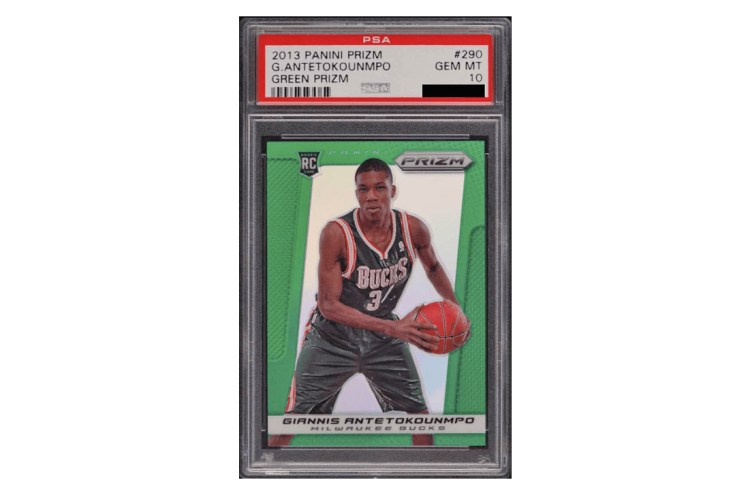 This population 36 green variation Prizm has sold twice in July and set a record high on July 30th: 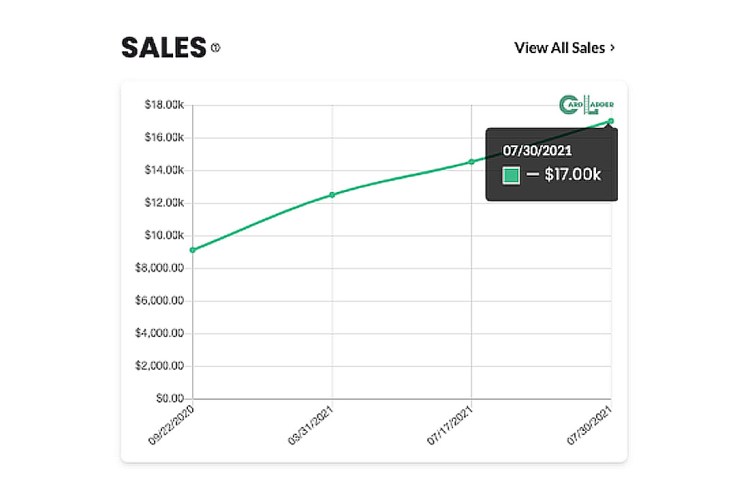 In the past year, this card has sold 4 times, representing 11% of the population.

The green Prizm variation has appeal because its background color matches the jersey color (even if it’s a bit darker), and it has less than half the population of the silver.

There currently is 1 copy of the green Prizm listed on eBay in a grade of BGS 10. 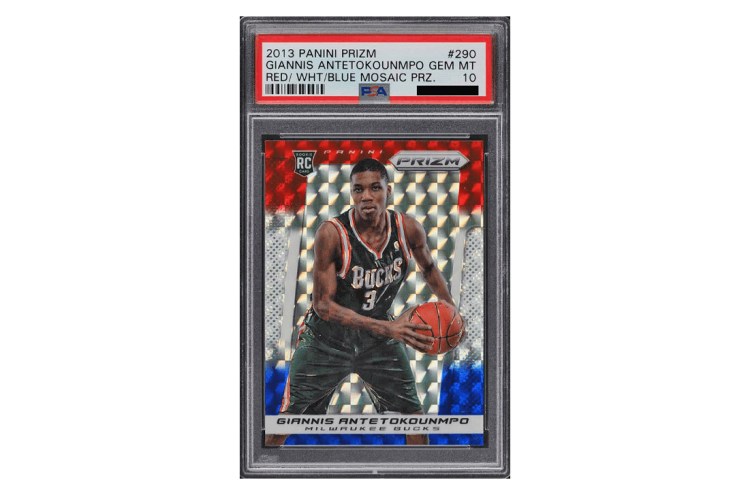 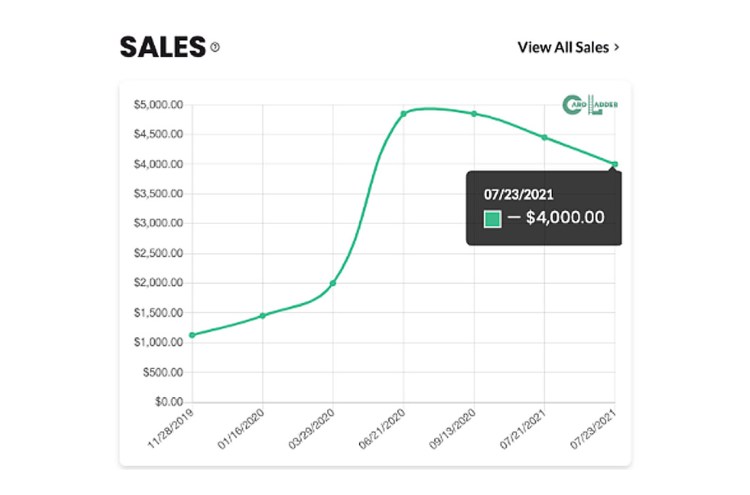 This represents a loss in 17% of value since the peak, but what’s more interesting is that the day after the NBA finals, the card sold for $4,450.

Just two days after that sale, the card dropped 10% in value.

There are currently 6 cards listed for sale on eBay, about 9% of the total population.

Tying it all together 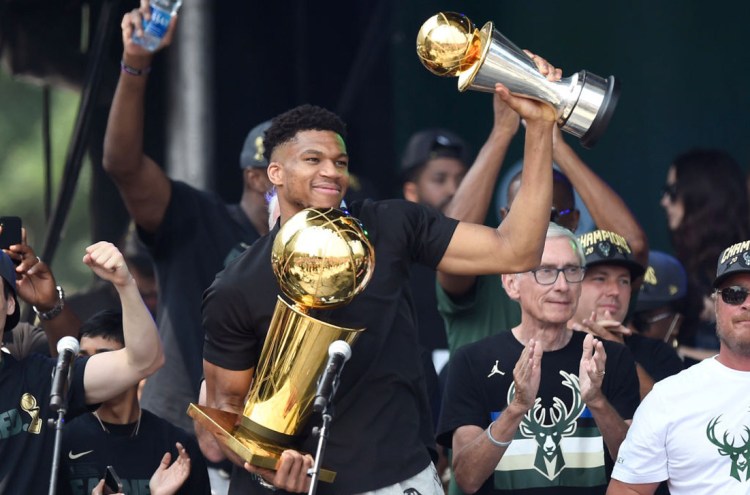 For the Giannis cards we have sales data for, it’s pretty clear that there was a spike in price the day after the championship victory, with a retreat just a few days later.

It appears that more supply surfaced after the win and might be part of the reason the cards lost some value in the short term.

Overall, card spiking then immediately retreating after a championship isn’t a new trend, and it likely doesn’t help that this was the shortest off-season in NBA history.

It will be interesting to see what happens to Giannis’ market after the attention goes back to football and the hobby gets a bit of a break from basketball.

It’s also worth noting that there hasn’t been a flood of higher-end Giannis' cards.

It seems that for the rarest cards, they sit in the hands of the owners for now.