"Grace and Frankie": One Last Martini For The Road 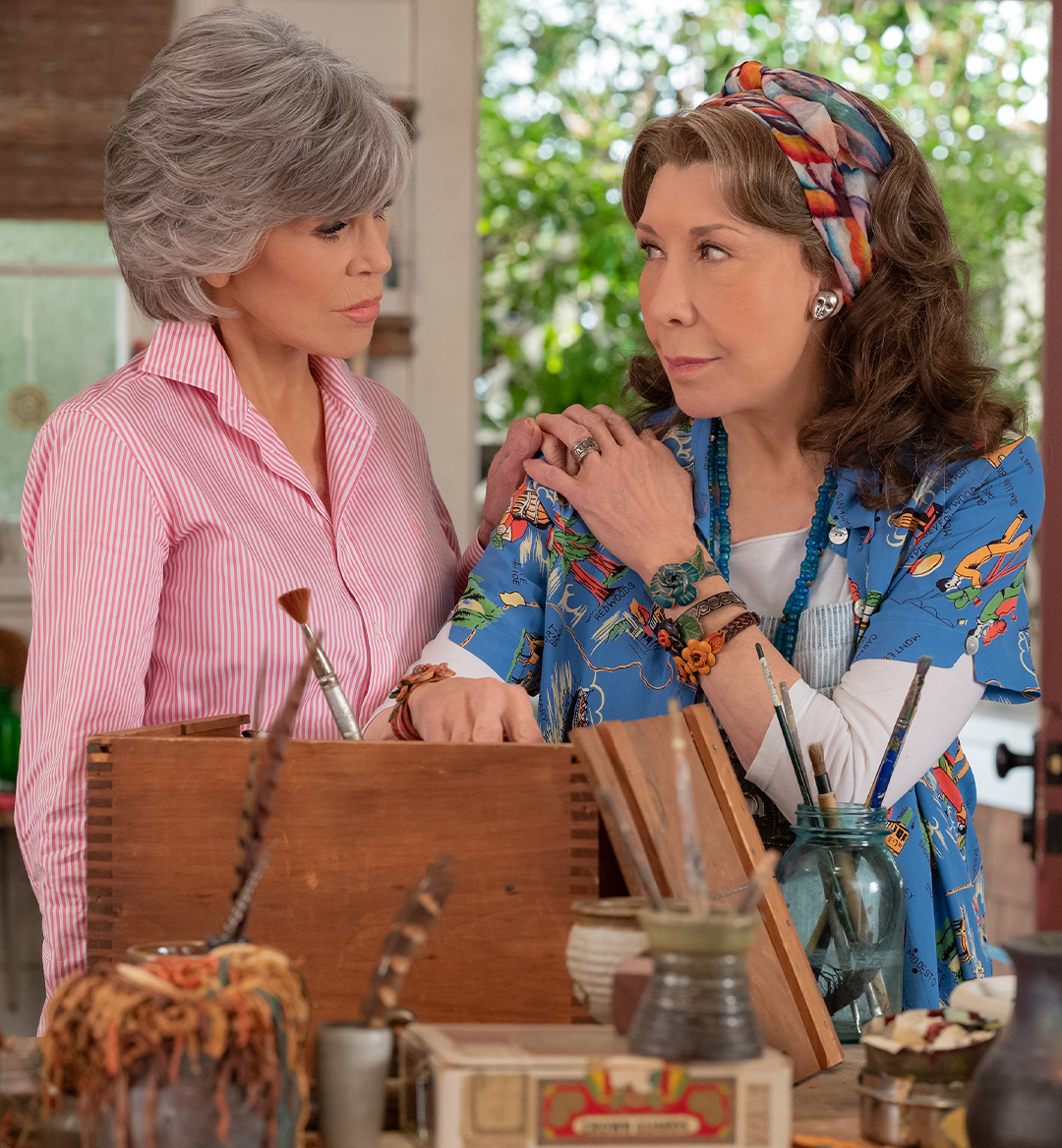 And in about four minutes, Grace Hanson and Frankie Bergstein's lives were turned upside down. So were ours.

The rundown: Grace (Jane Fonda) and Frankie (Lily Tomlin) were smashed together when their law-partner husbands, Robert (Martin Sheen) and Sol (Sam Waterston) revealed that they had been in a relationship for the past 20 years and were divorcing them to get married.

Grace and Frankie ended up escaping to their shared beach house separately, encountering each other there and realizing—after accidentally mixing Peyote and muscle relaxers and puking it all out onto beaches of San Diego—that they were now basically stuck together.

Grace and Frankie is the longest-running Netflix original series to date, and I can vouch for that. When I started watching, I was 18 years old in high school. Now I'm 25.

This time for its final go-around with Season Seven, it was the fact that Frankie's medium told her that she was going to die in exactly three months. While most people would've blown this off as being obviously fake, her medium hasn't been incorrect about a single thing in her life. Now, this isn't Frankie's first run-in with fake death. In Season Four, the federal government marked her as deceased after she lied to the post office about being dead simply to avoid having to pay an extra fee for losing the key to her post office box.

"It's an existential crisis! It's a bureaucratic nightmare!" Frankie yells. "I feel like I am trapped in a body bag wrapped in a thousand feet of red tape."

In Season Seven, Frankie obsesses over her impending death as the three months inch closer and closer, yet each time she does bring it up, it sends Grace into a string of panic attacks. At first, she didn't want to admit that they were panic attacks, blaming the episodes on some bad tuna fish she ate instead.

In the same way that Squidward didn't want to admit that he actually liked Krabby Patties, Grace held her cards about Frankie close to her chest. Over the seasons, it has taken a lot to get her to cop to any real feelings.

While Frankie has likened Grace in the past to an "empty robot" and a "dusty bag of elbows," she actually does have a heart—it's just maybe filed pretty deep behind a steel wall or two. Whereas Frankie explodes like a rainbow piñata with emotions, Grace puts up a staunch front; she doesn't always want to admit that she has emotions, feeling that it makes her weak. However, after seven years of living together, Frankie was finally able to get that ice to thaw a little.

"I was never a person who ever really felt safe," Grace finally says. "In my whole life, there were only two people who made me feel safe: you and my dad. And the idea of losing you the way I lost him...is just unfathomable."

In Season Three, Grace discharged a gun in their home and into a well-placed decoy of a life-sized Frankie ("with some of my real hair," as she added). It resulted in an episodes-long feud with Frankie refusing to return home until Grace got rid of her gun. She later explained that Robert had gotten it for her years ago, as it made her feel safer being alone, though as Frankie points out, Grace doesn't live in that life—or house—anymore. 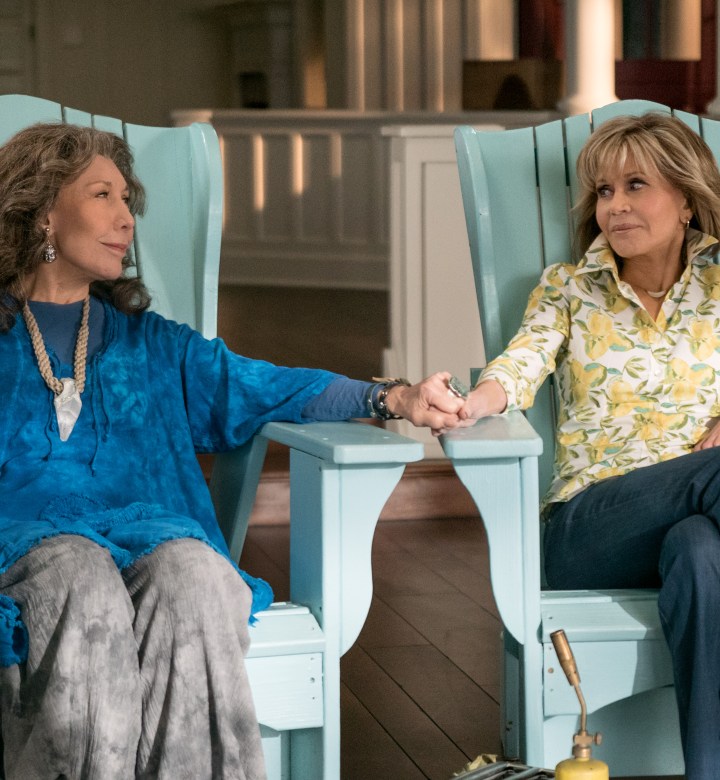 Almost more than anything, Grace and Frankie has ended up being about the friend you think of while you're watching the show. The weird thing is that it's not even something you're always conscious of—it sleeps in the back of your head as if in hibernation, and upon a certain scene, phrase, or word, that person pops in.

It could be someone you always watched the show with—maybe it's the person you're sitting next to right now. And if they're not sitting next to you, it makes you think a little.

Grace and Frankie's friendship works most of the time; it's why the series feels so honest. They've had the blow-ups and the arguments, but ultimately accept one another in realizing that they can't exist as separate entities.

In the same way as Grace conceals her emotions, Grace and Frankie does a similar sort of thing. The series is one of the most hilarious to ever hit television screens; not only are the situations beyond but the words themselves—the writing—is what firmly nails down the show as one of the smartest, most clever yet.

But this is where it's like Grace: it has all this going on in the forefront, but at its core, it's putty. Good putty.

And in the end, when that final episode wrapped up and Grace and Frankie walked down the beach as we've seen them do a million times, I smiled.