‘Somebody would run in and shove in a Run-DMC video, and we’d gather around like it was the birth of fire’ 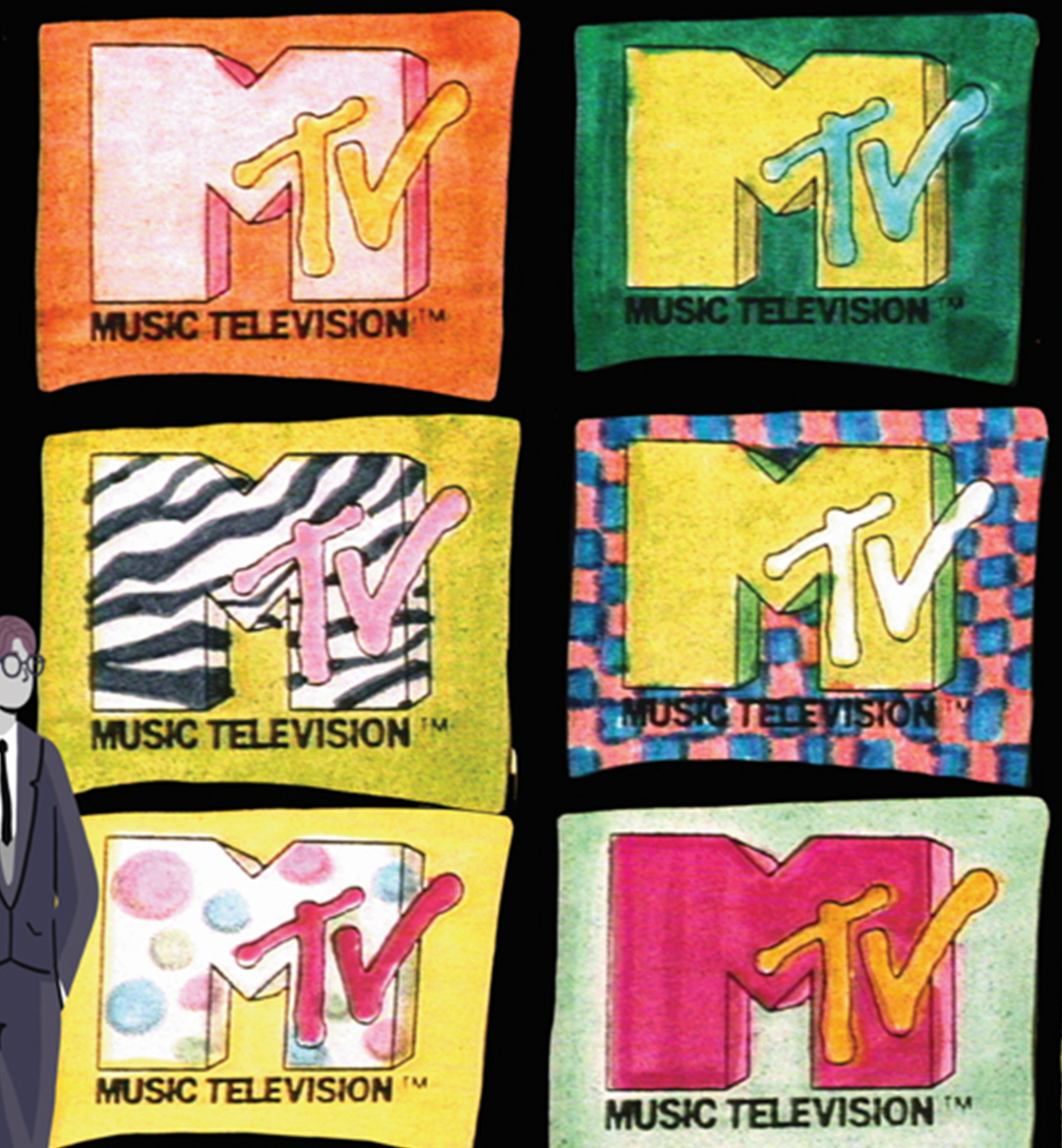 Why did you want your MTV?

Before the Tribeca Film Festival’s world premiere of the I Want My MTV documentary this month, the documentary’s title was simply one of the most recognizable slogans in recent history. A slogan for a transformative TV network said by legends like the Police, Cyndi Lauper and David Bowie. But within 15 minutes of the 86-minute doc directed by Tyler Measom and Patrick Waldrop, it becomes abundantly clear that MTV was a reflection of the society that yearned for it, for better and worse.

Out the gate, the doc builds the mythology of MTV with a deluge of archival footage from the early 1980s of young people saying how much they wish they had music on television, regularly, and how TV was pretty stale. At the time, Michael Jackson, Aerosmith and Prince were larger than life in people’s tape decks but rarely seen on their TVs. So when people said “I want my MTV,” the doc paints it as their claiming ownership of a phenomenon they felt entitled to because of the way the world was moving.

“For those of us who were 23 or 24, it was what you wanted to do. It’s what you had to do. You grew up with television, but you had to wait until the end of The Ed Sullivan Show to see the Beatles. You had to sit through the circus act to see the Doors,” John Sykes, cofounder of MTV, said during a panel after the premiere. “It was a natural evolution to want music on television. It wasn’t a revolution; it was evolution.”

Change is rarely easy, especially when the change has never been done before and is inherently disrupting tradition. Through one-on-one interviews with MTV cofounders, early employees and artists of the time, such as Sting and Billy Idol, the doc makes salient the fact that before MTV, music on television was deemed untenable. Some of the earliest members of MTV remember execs flat out saying music doesn’t work on TV. MTV existing would be a rebellious act in and of itself—a rebellion Generation X was crying for.

Imagine trying to sell ringtones when most of the world still used landline phones. That’s how the music industry, and the world at large, viewed music videos before MTV: utilitarian and unimportant. Record labels made low-budget, uninspired music videos to make it up to fan bases in local markets where the band missed a scheduled performance. Startling admissions like this are presented in the doc in rapid succession to hammer home the point that MTV wanted to exist in a world where it shouldn’t.

One MTV executive reveals in the doc that an investor only put $25 million into the still unproven company after his daughter told him it was the next big thing.

But I Want My MTV and its participants make it clear that MTV was a reflection of the future that the present, at the time, was creating. Satellites and the broadening of the cable spectrum in the 1980s caused a flood of cable television channels to pop up, with present-day juggernaut HBO to beginning to run 24 hours every day. The doc describes MTV as a direct beneficiary of this nationwide shift in how America received television, enabling it to gain new life on cable.

Beyond literally being a product of the expansion of cable, MTV is depicted as a product of the rise of a new generation with an insatiable appetite for music on television. One MTV executive reveals in the doc that an investor only put $25 million into the still unproven company after his daughter told him it was the next big thing. From the young people who collectively yearned for it to the paradigm-shifting cable spectrum that gave it life, I Want My MTV does a great job of building MTV up to being this natural evolution that Sykes alludes to earlier in this piece.

Evolution implies the end result is much grander than the origin, and that is true even for a forward-thinking, barrier-breaking network like MTV. MTV ran like a startup. They wanted and sought out people with no prior experience in television. The doc shows footage of the original VJs (video jockey) messing up a lot and still being hired. I Want My MTV rubs a bit of the nostalgic shine off MTV’s eventual dominance that may blind people to its unglamorous beginnings.

“We had a television with a three-quarter-inch machine with like 95 things plugged in. Somebody would run in and shove in a Run-DMC video, and we’d gather around like it was the birth of fire,” former MTV CEO Judy McGrath said during the panel.

The record labels found MTV useless, and cable television was so nascent that a major market such as New York City didn’t have cable TV until 1985, four years into MTV’s existence. But MTV had the only ally that mattered at the time: the artists. In the doc, Billy Idol describes the explosion in popularity of British artists such as himself in the United States in the early ’80s as a “second Brit invasion, spearheaded by MTV.” That’s because, for the first time in their careers, artists could have control over the image they portrayed to the public, setting off a wave of astoundingly creative music videos.

Peter Gabriel’s stop-motion “Sledgehammer” music video was groundbreaking. Madonna’s edgy yet sultry “Like a Virgin” music video styled women all of 1984. Oh, and remember those “I want my MTV” promos where artists instructed people to call their cable company and request MTV? They helped spread the gospel of MTV, and before long MTV went from a pipe dream to the “monarch of media,” as one article headline shown in I Want My MTV declared. MTV had its finger on the pulse of a burgeoning generation of kids and young adults who wanted music on television and was a creative haven for the artists that generation wanted to see.

MTV also reflected the worst about the ’80s. Throughout the early parts of the doc, MTV is clearly defined in its early years as a rock ’n’ roll music station. While that meant healthy doses of Guns N’ Roses and David Bowie, it also meant very little Earth, Wind & Fire or Rick James. The latter’s complaints about the lack of racial diversity on MTV are included in the documentary. But present-day MTV execs in the doc still attribute James’s frustrations to his having a personal gripe with MTV for choosing not to play his videos, even though other black entertainers had similar gripes.

One of MTV’s earliest personalities, Fab 5 Freddy, describes the racial disparity on MTV as “television apartheid” in the documentary. The very MTV show that made him famous—Yo! MTV Raps—was relegated to the zombie hour of 2 a.m. when it debuted in August 1988, because the channel didn’t believe in hip-hop. It was through the show’sdefying the odds and gaining immense popularity, even in the face of its obstacles, that MTV was almost forced to recognize hip-hop as worthy of attention.

This is a dark spot in MTV’s history, one the documentary doesn’t do the best job of fully explaining. The doc highlights David Bowie’s famous 1983 interview with MTV VJ Mark Goodman in which the artist flips the table and asks Goodman why more black artists aren’t played on MTV. A flabbergasted Goodman responded that MTV had to think about the kid in Poughkeepsie, New York, who may be “scared to death to see black faces like Prince.” That’s when the documentary goes into its most racially tone-deaf segment in which the execs break down how MTV somewhat helped finance and make Michael Jackson’s epochal “Thriller” music video, the first TV event for a music video, before completely leaving the topic of MTV’s racially biased beginnings.

The doc, as well as the MTV execs interviewed, tries to use the inclusion of legendary hip-hop group Run-DMC’s music videos for their 1985 single “King of Rock” and their epic 1986 “Walk This Way” collaboration with Aerosmith as proof of a lack of racial bias. But there is no montage or dissection of a multitude of black artists featured on MTV, just Run-DMC and Michael Jackson, almost tokenizing if you compare them to the obscure white artists like REO Speedwagon they delve into. Not every black artist felt that way, though.

“The racism thing was… The only reason why Run-DMC got on MTV in the first place was because they had rock guitars on it. But Michael Jackson was already on there,” Darryl “DMC” McDaniels said during the post-screening discussion. “People don’t realize that the real pioneers, before rap records were made… Inside the typical crate of a DJ in the South Bronx were rock records. ‘Walk This Way’ was in there. Queen was in there. The Rolling Stones were in there.”

After a short segment on the issue of racism, the doc goes back to the glory days of MTV, highlighting the documentary’s biggest problem: brevity. An 86-minute run time doesn’t feel long enough to tell the story of MTV, and the doc completely skips over a key time in the channel’s history. The documentary paints MTV’s being acquired by Viacom in 1985 as losing its inherent essence and being almost a death of the original MTV. It doesn’t explore the TRL era, which, no matter how you view MTV, is as integral to its lasting legacy as any part.

So if you’re looking to see Carson Daly again or Eminem shut down Times Square by simply looking out the window in 2002, tough luck. However, if you want a fun yet flawed crash course on how the most disruptive TV channel in cable television history was born and nurtured, then I Want My MTV is required viewing whenever it is released.