The Inspiration Behind Your Favorite 2010s Movies 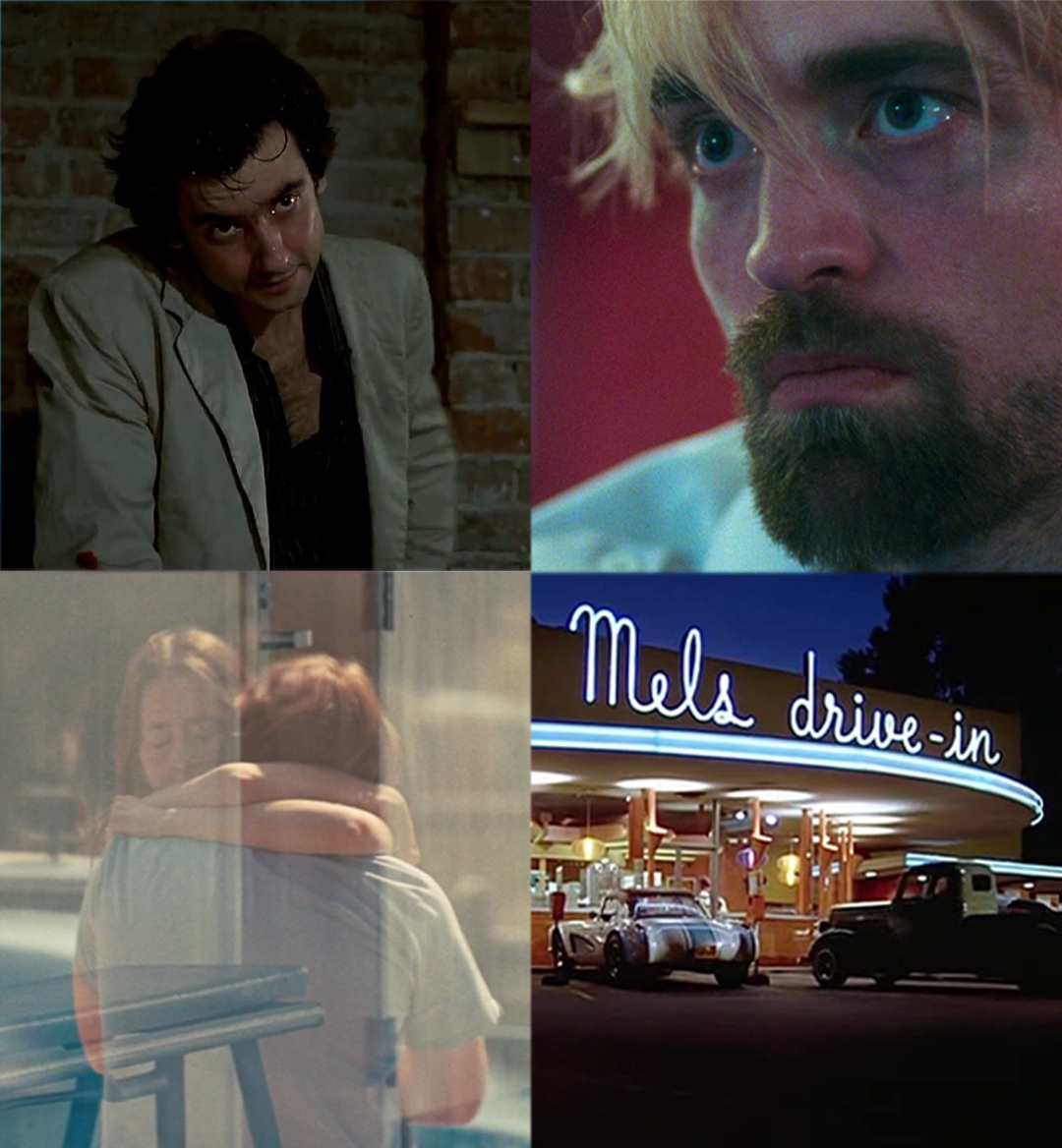 Every director starts somewhere. Many men have said that there are no prodigies in film, and that’s true. However, rising stars always have this uncanny ability to take inspiration from others, without taking from others. Just as current aspiring filmmakers look up to greats such as Quentin Tarantino, The Safdies, Paul Thomas Anderson, and more, they too looked up to those that came before them.

From titans of the industry like George Lucas, Stanley Kubrick, and Alfred Hitchcock, to more niche directors from all over the world. Every filmmaker has their inspirations, and they all apply them to their own work differently. It’s worth noting some of this is theory-crafting, based on clues left in their movies, and some of it directly from the horse’s mouth, with that being said, here are the inspirations behind your favorite 2010's movies

The Safdie Brothers and 'Good Time'

Some of the biggest stars to emerge from the 2010s. Josh and Benny have cinephiles in a chokehold with their panic attack brand of cinema, and seemingly one-of-a-kind style. But this style didn’t become so refined without the help of the great directors of old. 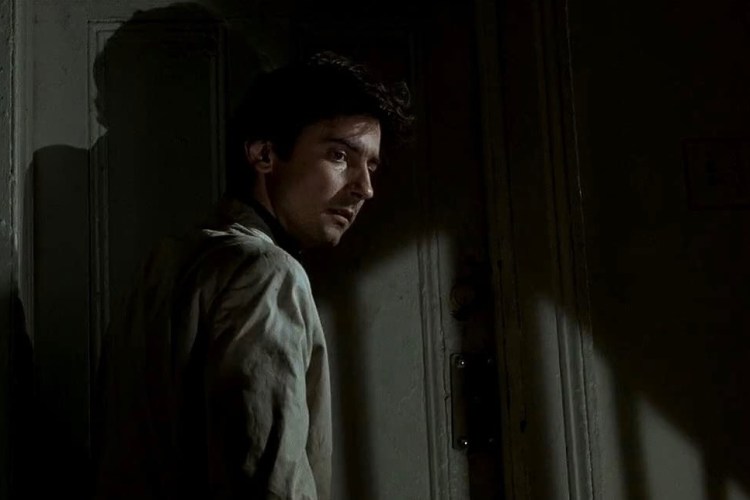 Two stories about guys having what is without question the worst night of their life. As each story progresses our leads, Paul Hackett in After Hours, and Connie in Good Time, obstacles of almost cartoonish proportions come out of nowhere to interfere with their mission. Frantic editing choices are present in both to increase the anxiety-filled nature. Edits that make it seem like our protagonists are moving at hyper speed. The Safdies themselves have expressed their love for this film previously in interviews, and I think it’s clear that it influenced them into creating their own version of a 90-minute panic attack. The inspiration is also present in their subsequent film, Uncut Gems, but slightly less so. 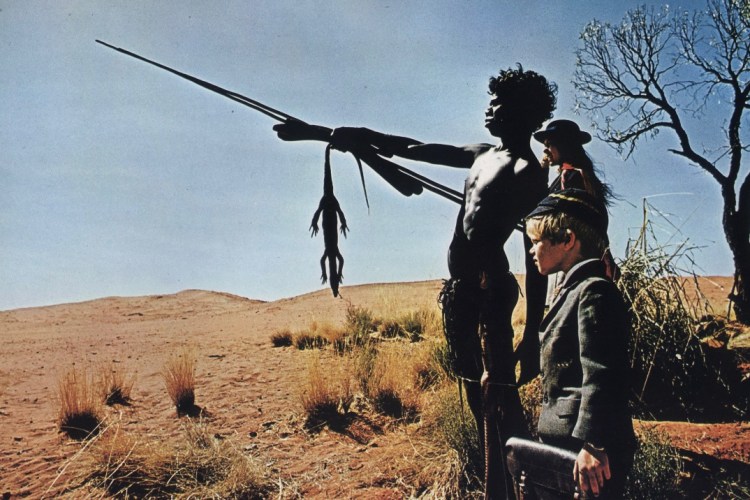 Right from the horse’s mouth, this one comes. From After Hours came the general ambiance, and from Walkabout comes more intricate editing sequences. In their criterion closet video, the Safdies cite Walkabout, a 1971 Nicholas Roeg film, as a wild inspiration in their decision to frame a montage sequence the way they did.

A legend in his own right already. Since the late 90s PTA has been cranking out masterwork after masterwork, from romance to thrillers, all with their own raw understanding of human behavior. His 2021 release, Licorice Pizza is among his best and is the best he’s done in his career so far in terms of faithfully taking inspiration from those who came before him. 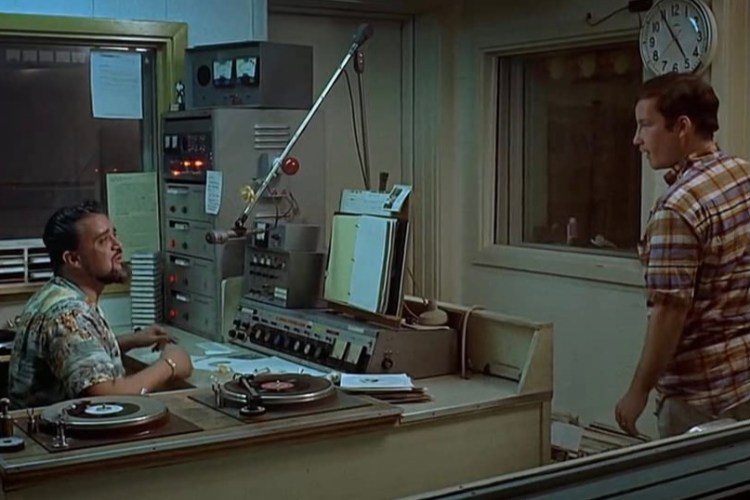 An obvious one. Licorice Pizza directly pays homage to George Lucas’ ode to 1962, but 21 years later in 1973. This film actually takes place the year American Graffiti was released, and what better way to honor that than to recreate one of the more iconic scenes from the film, the cherry bomb bathroom scene. In addition to this, the general ambiance and character dynamics are mirrored here, with rogue high schoolers running around partaking in unrealistic events and seeking love, they both even feature a potentially controversial age gap pseudo-romance plot. 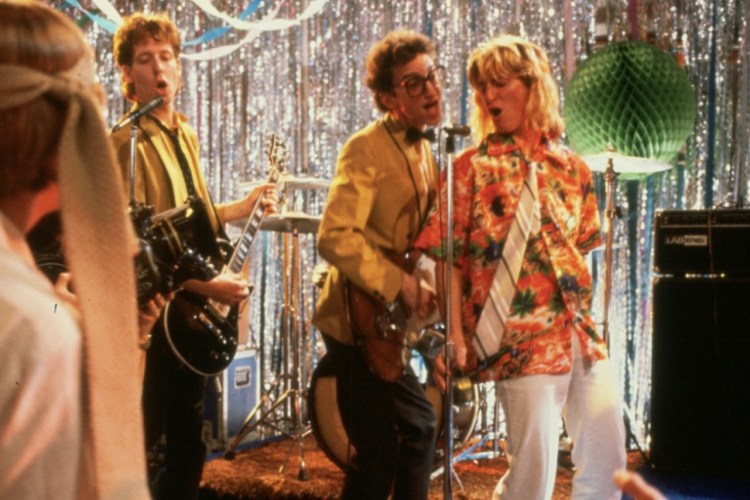 Stylistically, nothing is as present as Fast Times at Ridgemont High. Known and praised for its unmistakable late 70’s, early 80’s feel. To capture this unconventional tale of comedy and romance in the San Fernando valley he had to take inspiration from the likes of Ridgemont, both films are all about what it means to be young in the 70s and 80s.

One of the darlings of early cinephilia. Almost every modern film lover, and aspiring filmmaker cites Christopher Nolan as one of their earliest loves. Nolan is the filmmaker who has most succeeded in terms of bridging the gap between the average viewer and true film lovers, by attempting to challenge audiences with plots and feelings that demand your attention more than the average blockbuster. This is most evident in Inception, which despite being a creative piece in its own right, doesn’t lack direct influences. 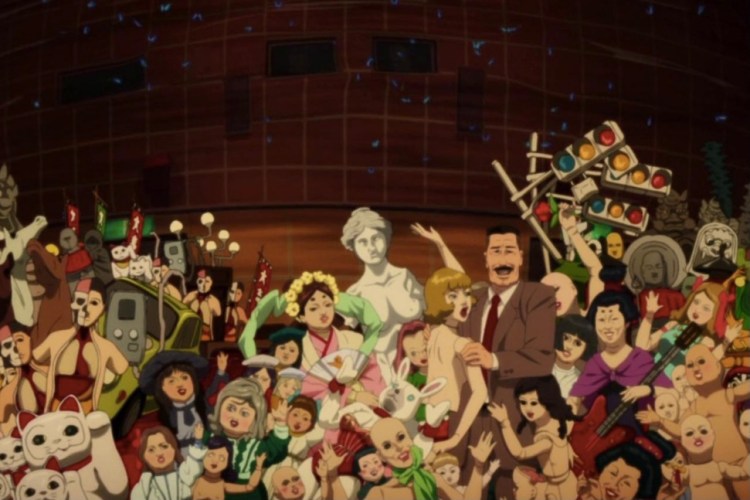 Perhaps the most direct inspiration on this list. Paprika(2007) is about a dispute between a dream “terrorist”, and a researcher. In the film the terrorist uses a device to enter dreams to plant nightmares and share dreams, while the researcher takes on the role of a detective to try to stop this. Sound familiar? A faithful adaptation that makes up for the somehow less incredible immersion with stunning set pieces and action.

Jordan Peele and 'Get Out'

Peele’s rise to the top was a quick one and a welcome one at that. His approach to horror with Get Out has been refreshing in a cinematic environment that(at the time) was lacking great mainstream horror. He, among others who have risen to the top in the same time frame, leave the horror genre in good hands, but it didn’t come without big inspiration from filmmakers of old. 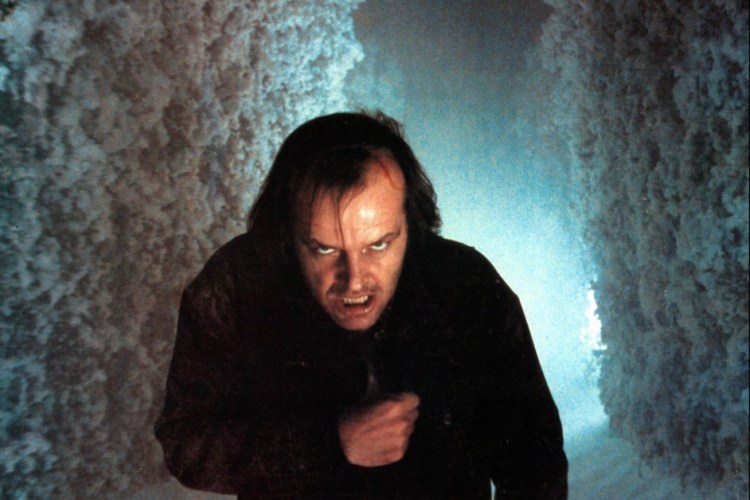 Unsurprising. It could be said that all horror filmmakers have been inspired by Kubrick in some way, shape, or form, whether direct or indirect. But Jordan Peele has cited The Shining directly, so it warrants a mention, Aside from the general tone of psychological horror that is present in both films, Peele notes that he took inspiration from the creation of an uneasy environment that was done through meticulous attention to detail and subtle horrifying inserts. This applies to all dialogue, set creation, shot choice, and every directorial decision there is to be made.

'Get Out' x 'The Stepford Wives' 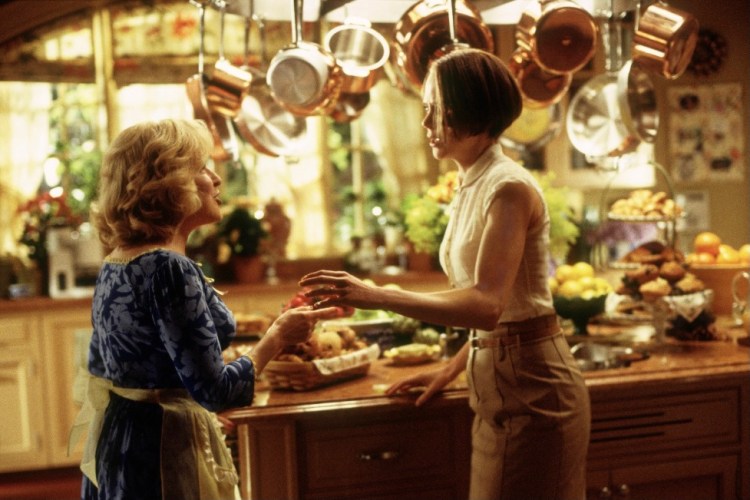 Two films about uncovering a mass secret. Both the 1972 novel and the 2004 Frank Oz adaptation have served as true inspirations to Peele. Peele mostly cites the original novelist, Ira Levin, whose writing has characteristics that closely resemble the style Peele goes for. Slow descents into true horror through the use of psychological horror, and emphasis on stressing the viewer with a lack of understanding of the character’s behavior. There is no way for the viewer to truly understand what the protagonist is feeling in any given situation, and Peele seeks to properly put that to the screen.

Yet another 2000s indie darling that has turned the way of modern blockbusters. Just this past year Villeneuve released part 1 of Dune, a sprawling epic that adapts the insanity of that novel just about as well as it could. But before Dune, and even before Blade Runner 2049, came Arrival. 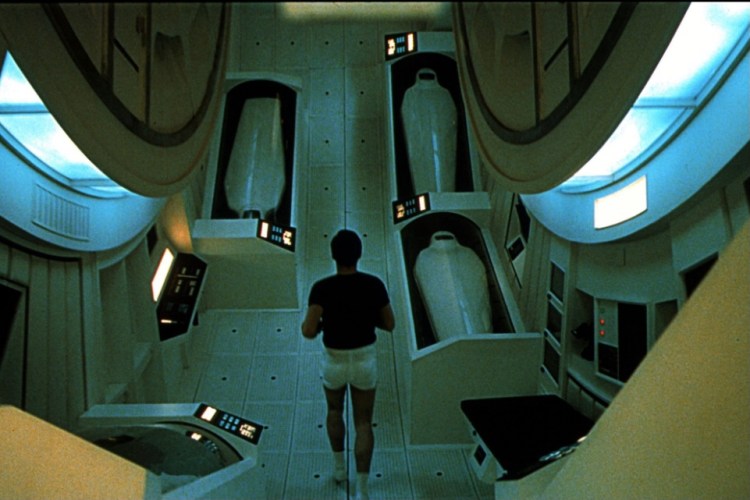 Why not feature more Kubrick? Just as he had, and always will have a profound impact on the horror genre, he serves as a perpetual inspiration to Sci-Fi creators in the filmmaking world. The environment in both is deeply immersive and that familiar seeming alien world could not have been made so effective without Kubrick’s 1968 mastery.

'Arrival' x 'Under The Skin' 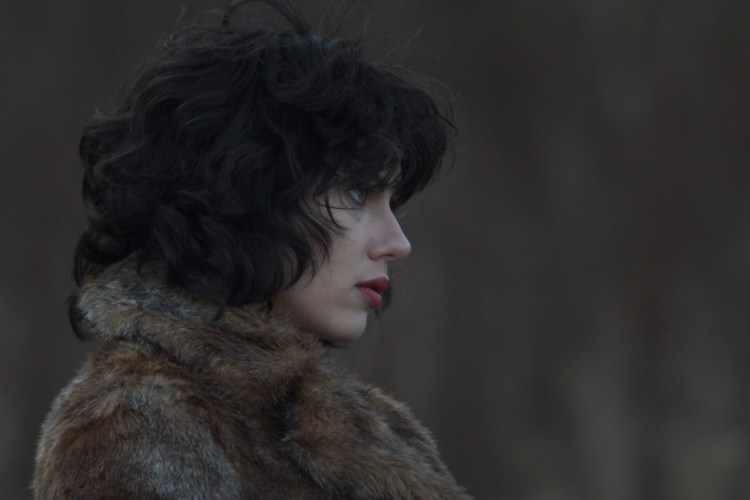 Under the Skin is one that Villeneuve cites directly. One of his favorite films of all time, and to my knowledge, his pick as best of the decade. Jonathan Glazer is a phenomenal filmmaker in his own rite, so it’s no surprise that his contemporaries look at him as an inspiration. Daring in narrative and style, both films feature aliens who have potentially deadly and just straight-up deadly impacts on the world around them. The ambiance in both is unnerving, yet thrilling. 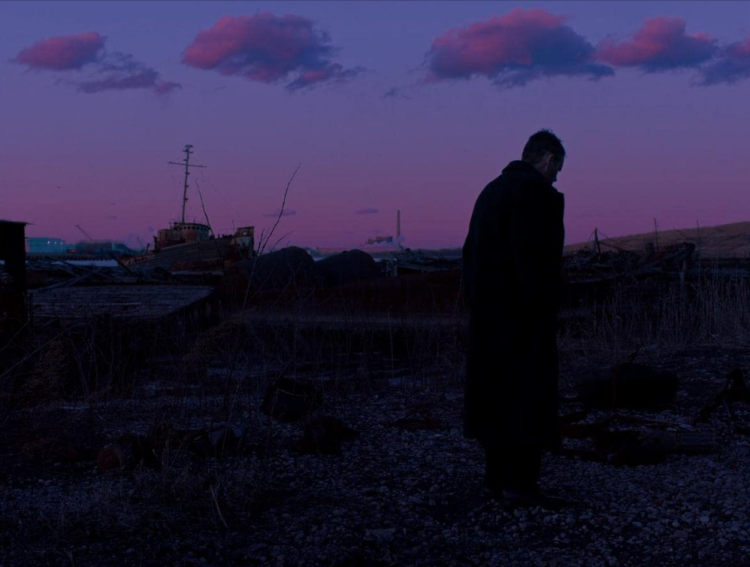 One of the most acclaimed screenwriters out there, having worked with Scorcese on hits such as Taxi Driver and Raging Bull, and is also known for his directorial chops, with films like Mishima, and Blue Collar. Well known for being purposefully provocative both in his films and his film takes. Schrader is a one-of-a-kind personality and force in the modern film industry. He has always been transparent about his inspirations, but it’s most evident in his 2010’s output, specifically First Reformed. 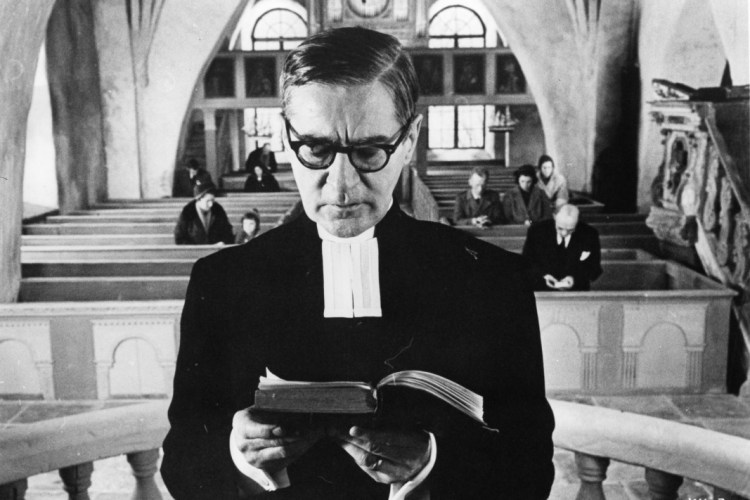 Call it a remake, call it an adaptation, call it a redux, whatever it is, it’s faithful, in two senses of the word. Both films, First Reformed(2017), and Winter Light(1963) share the same base plot, a local priest struggles with his faith. Taking inspiration from Bergman is nothing new if you are well versed in film, but no one has done it more faithfully than Schrader. This film serves as both an ode to his predecessor and as a passion project of its own, reflecting Schrader’s own religious background and upbringing. 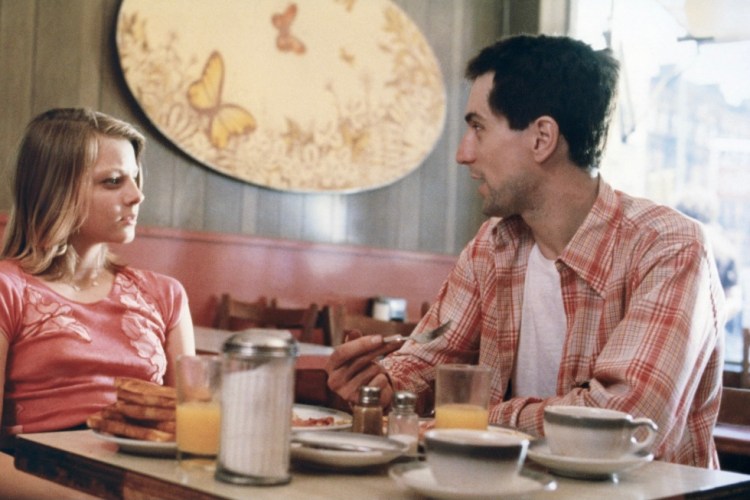 Taking inspiration from your own film? Only Schrader. This one is straight from the source, Schrader himself notes that they follow the same arc. Taxi Driver follows Travis who hurts himself in a loop of self-destruction while frustrated about the faults of society. A tale of redemption and self-fulfillment. First Reformed is the same, in a drastically different environment, with a personal religious touch. 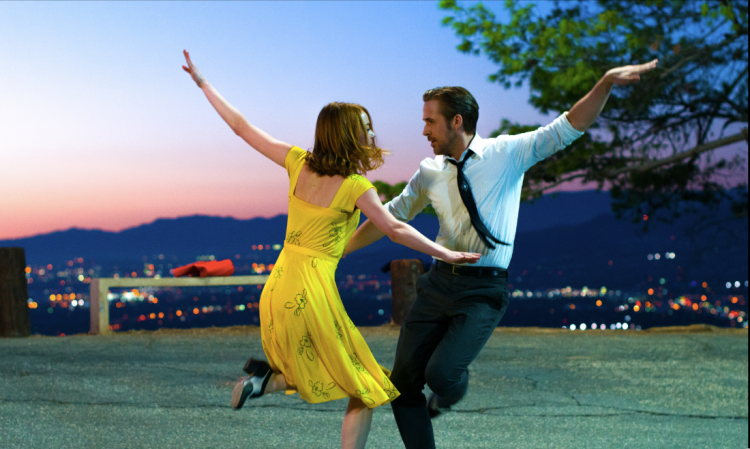 This is a unique one. Chazelle paved his own way in his early cinematic endeavors. Passion projects about jazz and music as a whole that accomplished appeal beyond his wildest dreams.

Chazelle took, and continues to take inspiration from musicals of old. Greats like Vincente Minnelli, Gene Kelly, and Busby Berkeley. There are too many films to even list that serve as an inspiration for La La Land. The movie itself is packed full of references to Singin’ In The Rain, An American in Paris, Umbrellas of Cherbourg, It’s Always Fair Weather, and more. Chazelle is a champion of the public, but his films also serve as the eagle-eyed film lover’s dream at times, and for that I commend him.