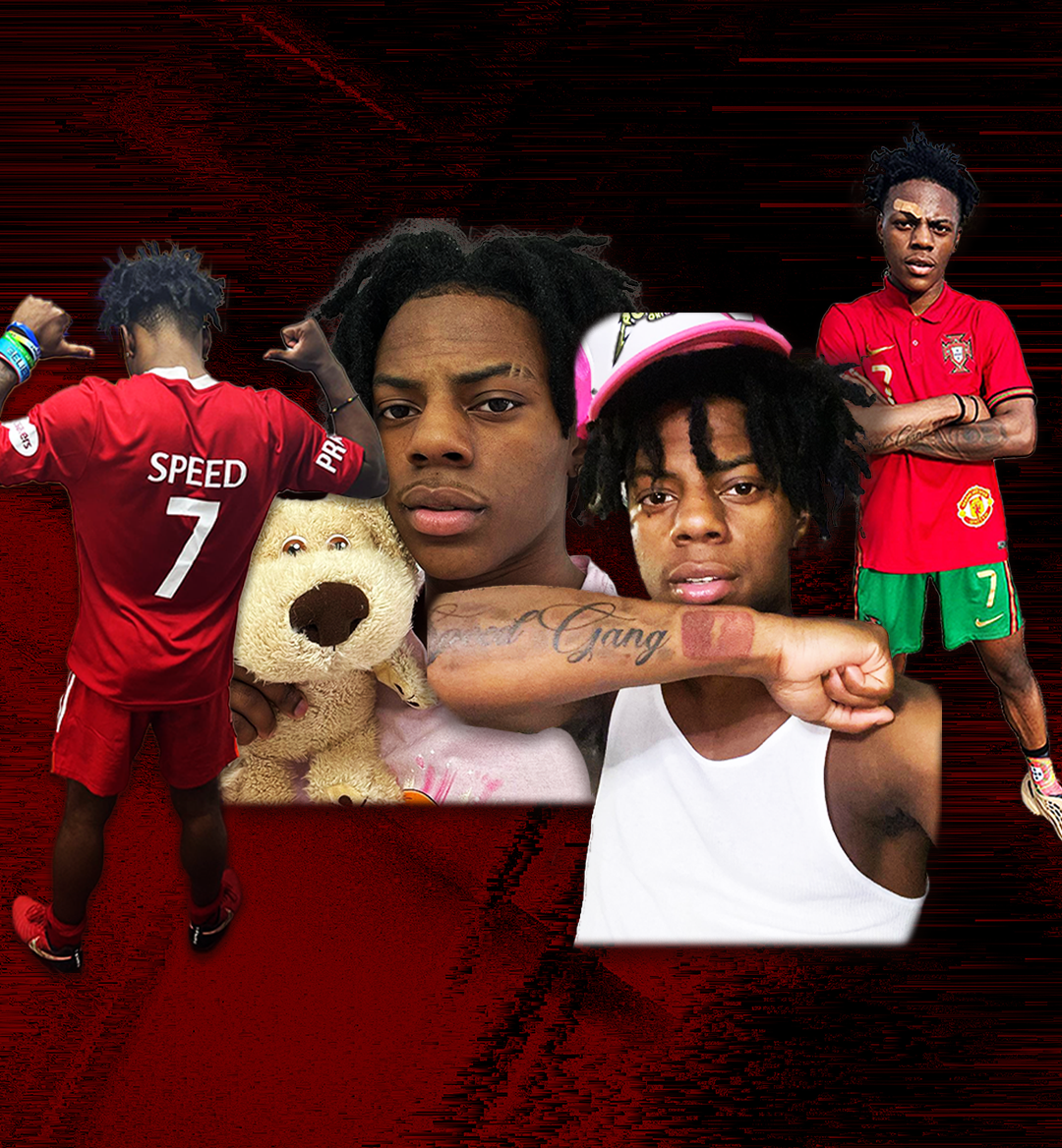 (Via ishowspeed IG and Hannah Scherwatzky)

In professional sports leagues of the world, there comes a time when one generation must pass the torch to the next, a time when one group of individuals must call it quits and watch a new generation spur on evolution to the game they love. The same goes for platforms like Youtube, Twitch, TikTok, etc. Where we once had Pewdiepie entertaining us weekly, we now tune in to Mr.Beast. Streamer and content creator Darren Watkins, better known as IShowSpeed, has been on a meteoric rise to superstardom and may just be the new king of content.

IShowSpeed currently has over 11 million subscribers on Youtube, with his most popular video, “Shake,” eclipsing 130 million views. Speed has released other songs like “Ronaldo (Sewey)” and “God Is Good,” which have both reached over 15 million views. On Tik Tok, Speed has crossed the 8 million follower mark, racking up over 35 million likes on the app. What’s most shocking is that Speed has hit those milestones on Tik Tok while only posting nine videos.

How Did IShowSpeed Become So Popular?

IShowSpeed began gaining popularity while sitting as a guest on prominent streamer Adin Ross’s Twitch channel. Ross, who moved to L.A. in 2021, would regularly host streams with high-profile rappers. Guests like NLE Choppa, Torey Lanez, Polo G, Lil Yachty, and more. Always present sitting in the bottom right of the screen was IShowSpeed.

Speed would first gain notice for making outlandish comments or even barking at guests that attended Adin’s streams. Whenever someone would press Speed or test to see if he’s playing a character, he would break out into a loud bark and go, well, I guess the only way to describe it is Super Saiyan.

Over the last six months, IShowSpeed has garnered attention for exploring the Proper Football world. Speed would regularly stream NBA2k or other social games with friends, but after being asked by a donator who his favorite footy club was, he responded excitedly, saying, “Cristiano Ronaldo… SUIIIII.” Speed then began regularly watching Proper Football highlights and even started playing at local fields.

Most recently, Speed participated in the annual Sidemen charity match, which saw him go viral for a number of reasons. Speed and prominent influencer KSI had some mild beef before the big game, which led to a hilarious slide tackle from Speed just 15 seconds into the match. The most memorable moment had to be when Speed scored a goal (which would be called off for offsides) and ran to celebrate with a Ronaldo “Sui.” As soon as he hit the ground, nearly the entire stadium, in unison, yelled “SUIIII”.

It’s clear that IShowSpeed isn’t just the flavor of the month, but he is a genuine content creator who is here to stay. Speed is just a kid who loves to stream and make content, and I can’t wait to see what the young creator does next.