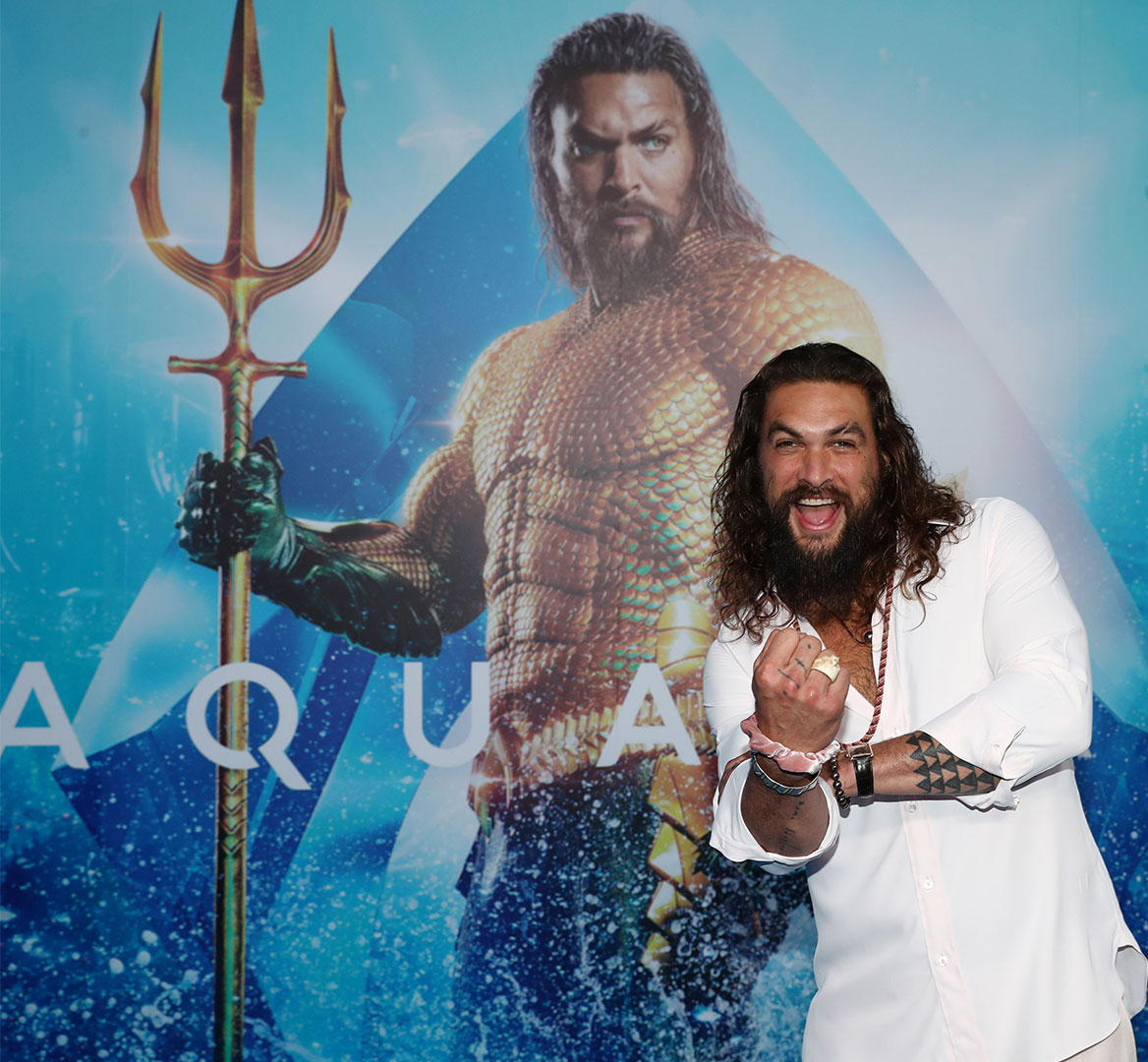 From leading Dothraki armies on horseback as Game of Thrones’ Khal Drogo to swinging swords around in a leather skirt as Conan the Barbarian, most of Jason Momoa’s career has been built around having his shirt off (and, sure, being a great actor). However, no role has gotten him into tip-top fighting shape quite like DC’s oceanic superhero, Aquaman.

As anyone could see, the 6-foot-4 action star is no stranger to the gym, but when it came time to fill out that golden aqua-suit in the film, Momoa made some serious changes to his diet. Thanks to his trainer Stuart Walton’s philosophy, which focuses on “nutrition, balance and enjoyment,” it wasn’t as torturous as you’d expect. For one, the actor was still able to indulge in his absolute favorite treat, Guinness beer.

"No foods were off limit, nor do they need to be," Walton has explained in regards to Momoa’s Aquaman diet. Why? It’s all about the macronutrients.

Rather than counting calories or cutting out food groups, Walton had Momoa paying more attention to his macronutrient intake, a system that depends on rationing the number of carbs, fat and protein you eat in order to build more muscle without gaining fat. It’s certainly a more flexible approach, and one that has been hailed for its results.

Since carbs are usually the first to go for someone seeking an eight-pack, those Guinnesses probably took up most of Momoa’s carb allotment, though particularly intense workouts also allowed him some healthy grains like rice and quinoa, along with fresh fruit—and a strong coffee (hey, even superheroes need help waking up).

As for the other important macros, protein and fat? Momoa stuck to pretty healthy options like sashimi (especially barramundi and salmon), steak, olive oil and avocado. He’s also been known to eat bowls of chicken and peanut butter.

Aquaman’s fluctuating shooting schedule required some flexibility when it came to mealtimes, so Walton wasn’t too strict about that. Nevertheless, Momoa always made sure to fuel up before and after his workouts in order to stay energized throughout those long, action-packed workdays.

While all his hard work and macro-counting certainly paid off (literally! The film brought in $1.148 billion in box office sales worldwide, making it the highest-grossing installment in the DC Extended Universe), Momoa could not wait to ditch his Aquaman diet once shooting wrapped. As he told E! News, he’s “just eating bread and butter” and hasn’t “touched a weight in nine months.” Not for long, it seems—Aquaman 2 is set to hit theaters in 2022, so we’re sure he’ll be back on his grind soon enough. At least he’ll have Guinness to help him through it.