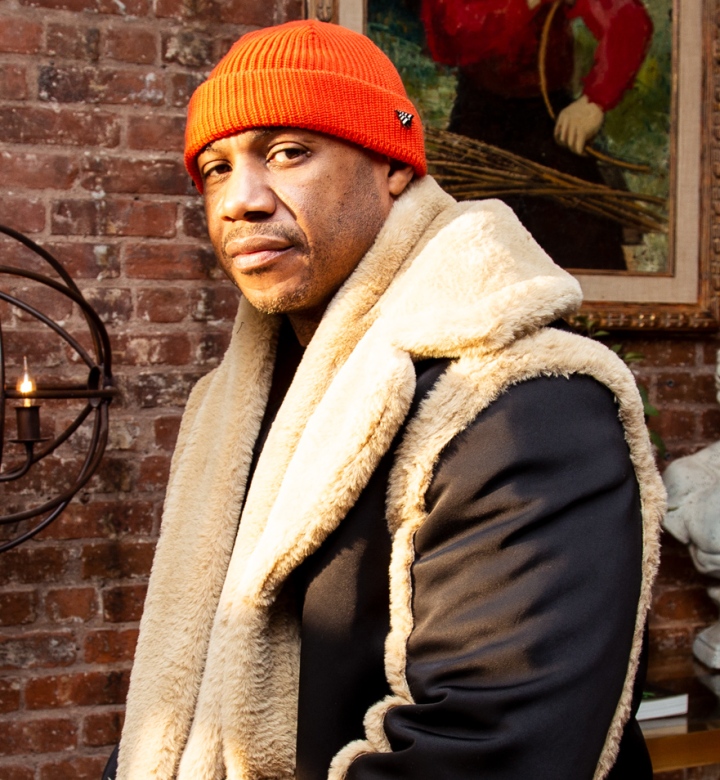 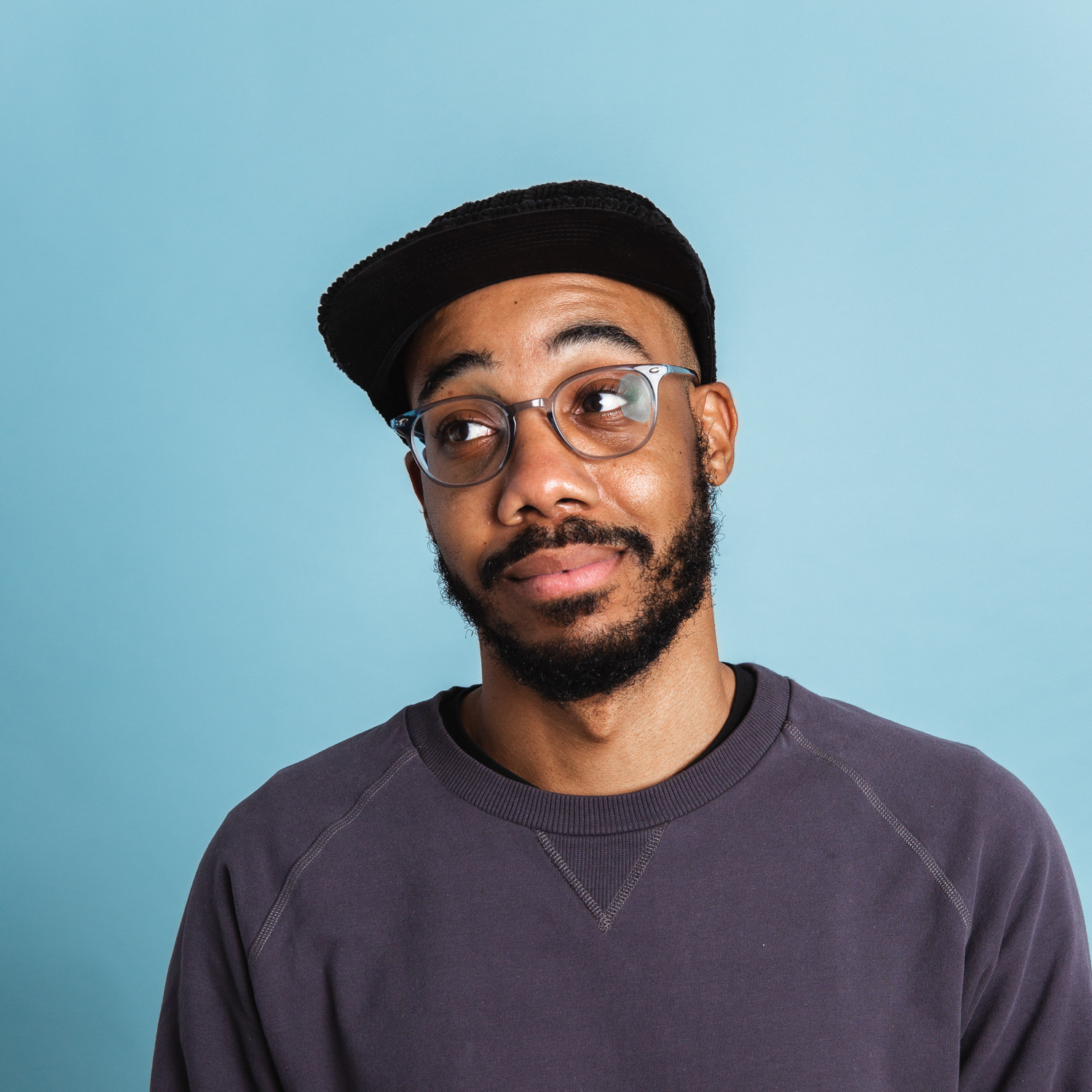 Kareem "Biggs" Burke is a man of many talents. So many in fact that he's reinvented himself several times. He's an entrepreneur first, with experience starting and running one of the most impactful record labels in history, Roc-A-Fella Records, alongside Jay Z and Dame Dash. Besides that, he's created several clothing lines, served as an HBO executive producer, manages artist SAINt JHN, runs his own media company BOLO Media and many, many other things, too.

With all of these successes, also come lessons to be learned.

"Even when we signed our first contracts [with Roc-A-Fella], we went on to sell a half a million records and probably only brought home $30,000 when that figure was supposed to be $3 million," Burke says. He encourages young entrepreneurs to "be careful with where they place their trust because not everyone is as honorable as one would expect."

Trials by fire, an incarceration bid, bad business relationships and more all helped to shape Burke, better known as Biggs, into the powerful, community-driven businessman that he is today.

ONE37pm recently caught up with Burke at the Soho, Manhattan showroom of Profound, a streetwear brand to know, to discuss all things entrepreneurship, his views on success, his management styles and how to continually reinvent yourself. 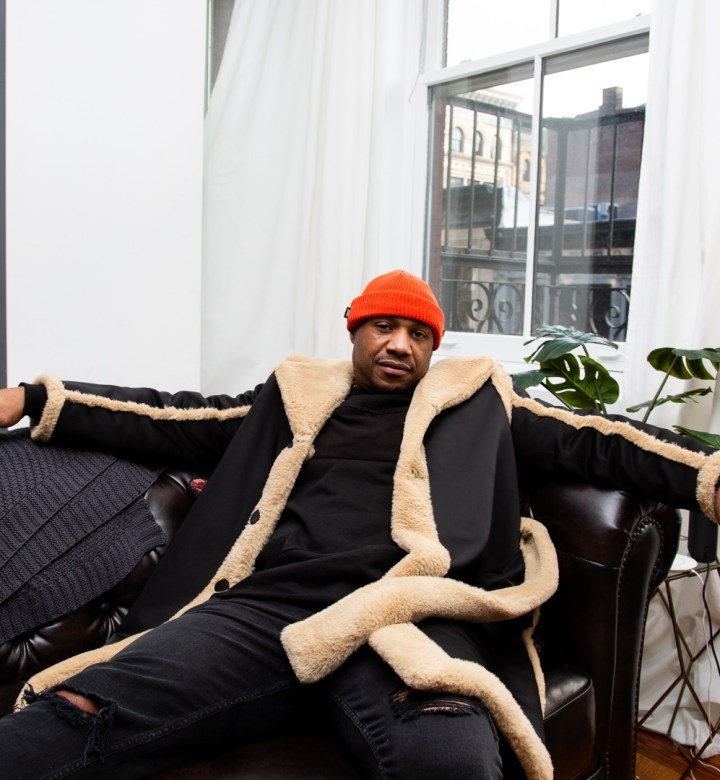 ONE37pm: What does hustle mean to you?

Kareem “Biggs” Burke: Hustle, to me, means creating something from nothing. Somebody that's relentless and doesn't give up. Perseverance has to be at the top of that and learning through failure is one of the most important things I think that comes with a hustle.

How have the things you mentioned above impacted the work you've done previously?

Burke: I think that they gave me personally, the stamina to go on. Learning through failure and not giving up. So when it happened, and then when it happened on bigger levels, I was prepared for it. And I think the preparation, whether whatever those life values or things that you go through at a certain age carry over because you're used to going through the motions. Being able to figure things out, being able to look at things from a 30,000-foot view rather than a micro view.

I think a macro view is when you can stand up, stand back and really look at things and analyze and figure out where you're going. So, failure has been a big, big part of the reason that I've had any success.

How did you keep going?

Burke: I think, again, some of the life lessons that I learned early on for me gave me a unique perspective. For example, when I was eight years old, my family was evicted. We lived in a shelter for over two years. And you know, at the age of 12, I said I'll never be impoverished again. So that pain and poverty, I use that as motivation.

People have said that you “went from the block to the board room,” can you talk about that? And share some advice for people out there who want to do the same thing?

Burke: Well, when you come from the neighborhoods that a lot of people of color come from, it's easy to gravitate toward whatever's happening as soon as you walk out of your house, right?

When you walk out, there's no mentor standing outside on the street. You see things and people, whether it's illegal activity or whatever. But when you come from extenuating circumstances, you look at something and say, "Wow, if these guys or girls are doing something, I can do it too." So, unfortunately, a lot of times we fall into this black hole and get sucked into things that are happening around us. And fortunately, I was able to get out of that and in 1995, we started Roc-A-Fella Records.

So literally going from the block to the boardroom from one extreme circumstance to another. And learning a whole new landscape. But when you're hustling—whether it's newspapers, whether it's drugs or whatever it is—it's still the same principles. 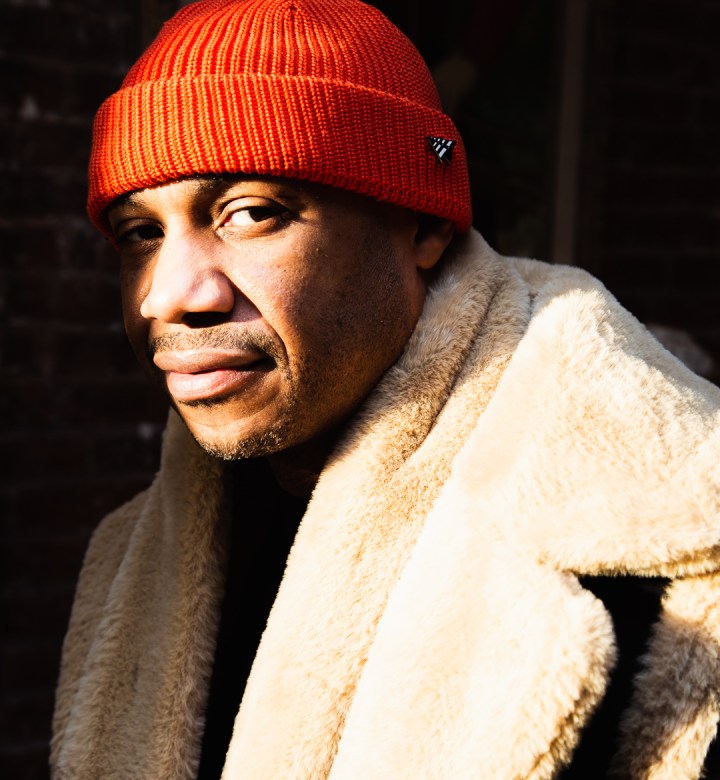 Are there any big trends or things you think people should pay more attention to for 2020 and beyond?

Burke: I think we're in a time of fast consumption. So, it's not about "less is more" at this point, you gotta kind of "get in and get out." And a lot of people struggle with that. They're trying to stay in too long or do things that don't really make sense. Whether it's clothing, music or whatever it is. You have to be ready. That is fast consumption, right? People aren't watching movies anymore, you know, they are watching shorts. Short-form content. Songs aren't four minutes anymore, they're two and some change. My advice is to try to see the trends, what's coming out of it and be ahead of things. Don't be behind, or you get left behind.

Speaking of fashion, do you have any updates on your clothing lines?

Burke: Well, I've got a drop coming out with Mitchell & Ness for my brand Redo 96. You can expect that to hit around [NBA] All-Star Weekend.

How do you manage all of these passions, and why do you think everything that you do seems to become successful?

Burke: Well, everything doesn't become successful, but what I try to do is build a space in lifestyle. So I'd build companies that aren't competitive with each other. Whether it's spirits, like launching a tequila or I'm doing TV and film or music and management, they all go hand in hand. So I look at things that I can build in the market across different platforms. But they have to have a universal thread, some type of commonality that goes through all the companies that make sense for me. But I don't do anything unless I want to do it all. I can't do anything halfway. So I'm 100 percent all-in whatever it is that I choose to do. 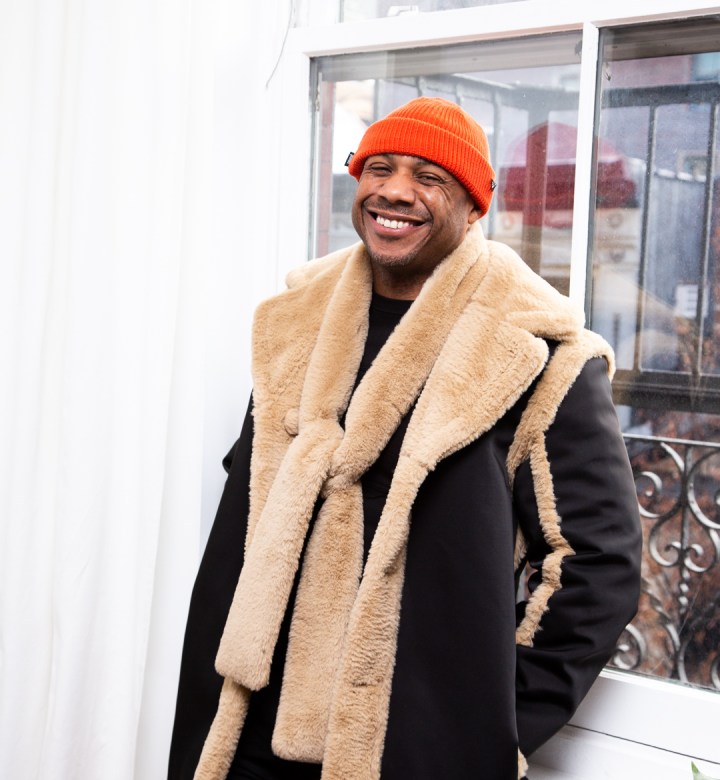 I know faith has also been something that's been a key driver for you. Can you talk about how that's fueled your journey? Did you dig deeper into faith while you were incarcerated?

Burke: Yeah, well, I found the Lord while I was incarcerated. I was an atheist prior to that, and probably the last year [of my incarceration] my best friend and partner, Chip, introduced me to the Lord after I went to talk to him about a business plan.

My life changed instantly. I wake up every day and pray. I was able to reflect. I was able to be more empathetic. I think about things a lot differently, and I make better decisions now that I have the Lord in my life.

I'm still a fallible human being, right? And I still make mistakes every day, but I pray on a lot of things now as well before I make decisions.

When you were released from prison, besides getting back into business, you also began doing community work. How has giving back impacted your business and personal outlook?

Burke: I don't think it impacts my business in any way. I do things that people don't know about. I don't do things for publicity. A lot of times I put things on my socials just so people can see it as a learning experience or open their eyes to some of the things that I would love for different communities to come aboard and help with.

In the past, I didn't talk much or do interviews. But, since I'm running these businesses are 100 percent owned by me, I have to kind of stand up and do that now.

But I do it with a different message that I hope is inspiring people at the same time as motivating them. And, truthfully, I get a lot out of the messages, too. ‘Cause like some of these things that I post, I don't write. I just look at, you know, whatever speaks to me, and I give it to the people.

What's your management style with your artist, SAINt JHN? Do you have any advice for young people who are trying to make it in the industry?

Burke: To be a true leader, you gotta serve. So, I try to make sure that everything is handled from A to Z. I surround my artists with the best people and give them the best advice. Because I've been there before. But at the same time, I manage two guys from a podcast called Drink Champs. And honestly, it's a learning curve, while I'm helping them because they came to me because of prior relationships. But ultimately, we understand business. So I'm able to get the deals done, but at the same time, I'm learning so much about a space [podcasting] that's really just grown over the last six years. And I see opportunity because we don't even know how far it will go.

Do you have any advice you could give to your younger self?

So, finally, what's next for Biggs?

Burke: Next up for me is more TV and film opportunities. Right now I'm really concentrating on Bolo media. And my artist SAINt JHN is about to go on his next tour, an international tour. You know, I'm always looking at different fashion lines too, so always trying to explore and get back into that space, too. I have the Mitchell & Ness drop that's coming up in a few months and that's it...for now.