How LAFC Is Raising the Bar for the MLS

"We are more than a fandom. We are a family” 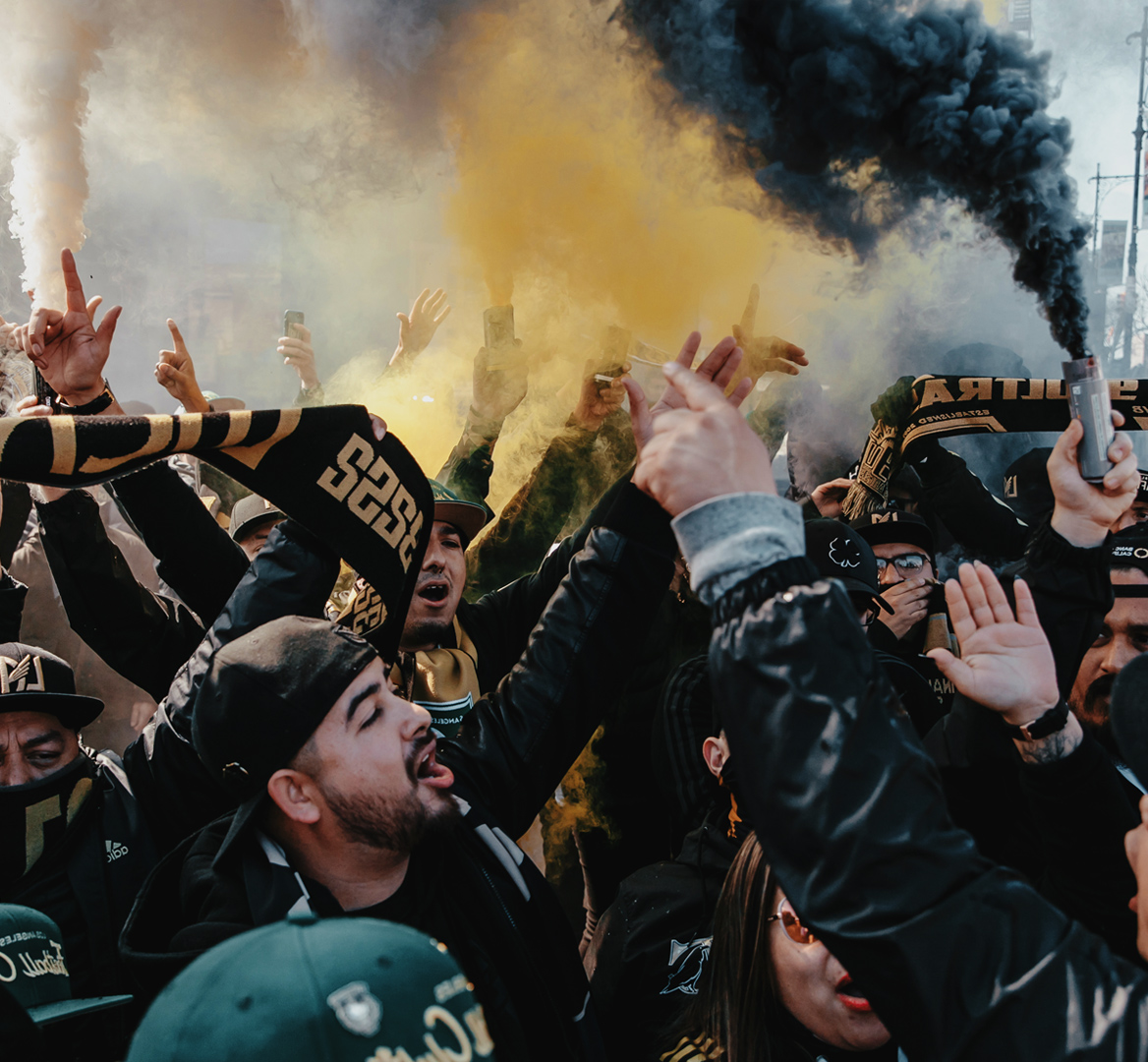 A few weeks ago, ONE37pm had the opportunity to link up exclusively with LAFC & the 3252—the main supporters' group of LAFC—in New York as they took on NYCFC in their third match of the 2019 MLS Season. Before we dive into that match, we should take a look at LAFC more closely and the culture/community they’ve created around the city of Los Angeles.

Los Angeles was awarded a new expansion team by Major League Soccer (MLS) back in 2014, which came days after former LA Club Chivas USA had folded.  There was a lot of buzz going around this announcement, especially with the list of official owners such as Henry Nguyen, Peter Guber, Tom Penn as well as co-owners Earvin “Magic” Johnson, Mia Hamm Garciaparra, Nomar Garciaparra and Tony Robbins. Along with this extraordinary group of people, Will Ferrell also announced his involvement in the club at a press conference in 2016. (Even then people were unaware if he was serious or if it was a joke). Thus, LAFC was born.

One of the most important aspects of the beautiful game is the 12th man: The fan. The relationship that the owners have with LAFC’s supporters' group, the 3252 is honest, genuine, and unique like no other. (The number 3252 refers to the 3,252 seats designated for supporters, and the individual numbers 3-2-5-2 add up to 12). We had the opportunity to spend some quality time with 3252 president Jimmy Lopez, who gave us some insight into the group and how it came into fruition.

“The relationship between the 3252 and the LAFC front office has been amazing. We have a clear understanding that we want to grow the sport and supporters culture in the United States," Lopez said. "If all the other teams had a front office like we do the league would be so much better. From top to bottom the ownership, staff, and supports all breathe LAFC. We aren’t a team, we are a community.  We are more than a fandom. We are a family.”

From building a community from the ground up to the construction of a soccer-specific stadium and training facility, LAFC had planned it all out and executed it in a way that MLS has never seen before. Rich Orosco was crucial in creating a community to get behind this amazing project. “Street by street, block by block, one by one” has been their message since day one.

When asked about his favorite part of building the LAFC community, Orosco had a response ready. "Watching the community grow, Orosco said. "We didn’t have to teach people in LA about football. They were just waiting for the right home. We built the home. And the people followed. It was also fun to beat all the odds and prove the hecklers wrong. There was room for another Club in LA. And we proved it."

A great example of this outreach is the LAFC merch trucks that popped up all around Los Angeles County. Players from LAFC attend these events as well as food trucks to create inclusive cultural events that bring the community together. Rich was also instrumental in setting up a trip for the 3252 to visit German Club Borussia Dortmund to meet with that team's group to gain knowledge and inspiration to bring back to the Banc of California stadium. That influence is apparent in the 3252 section.

Two weeks ago at the NYCFC match, it was the first time that LAFC 3252 supporters had traveled from the west coast to the east coast to support their club. The 3252 created an electric atmosphere and were the loudest group in the stadium for a majority of the match. Every single supporter gave it their all and showed the true progression of the popularity of the sport in the United States. MLS is continuing to raise the bar year after year and the United States should be excited about the league's future.