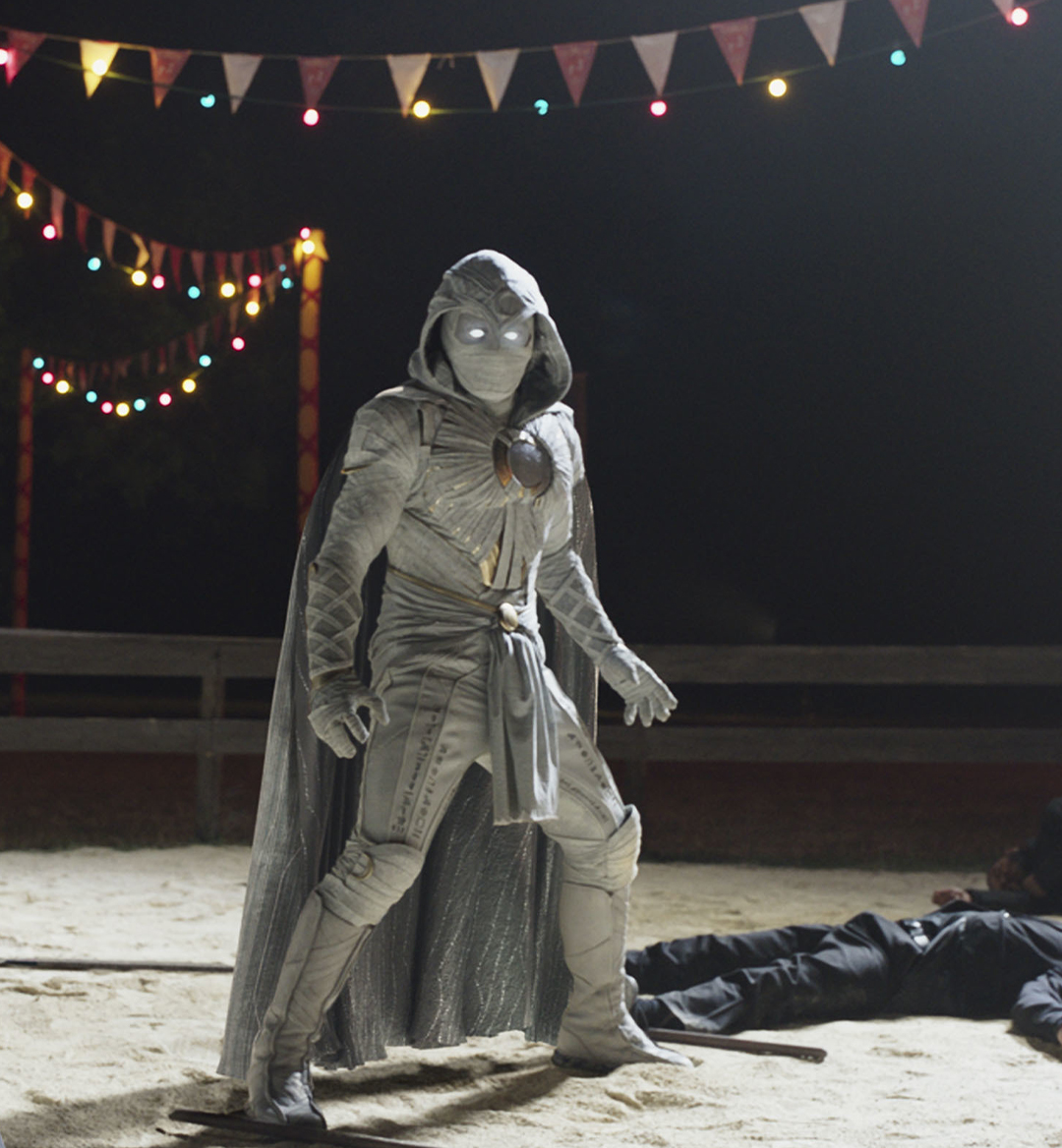 Sure, we've all heard of the Hulk and Iron Man, but who's this new dusty mummy on steroids?

Moon Knight is the latest superhero in town as of March 30, sporting a six-episode series on Disney+. Portrayed by Oscar Isaac, Marc Spector (Moon Knight) doesn't have as obvious a backstory as other heroes: he has dissociative identity disorder, which fuels the power he generates as Moon Knight. And with that, Spector has a few other identities, namely Steven Grant, Jake Lockley, and Mr. Knight. 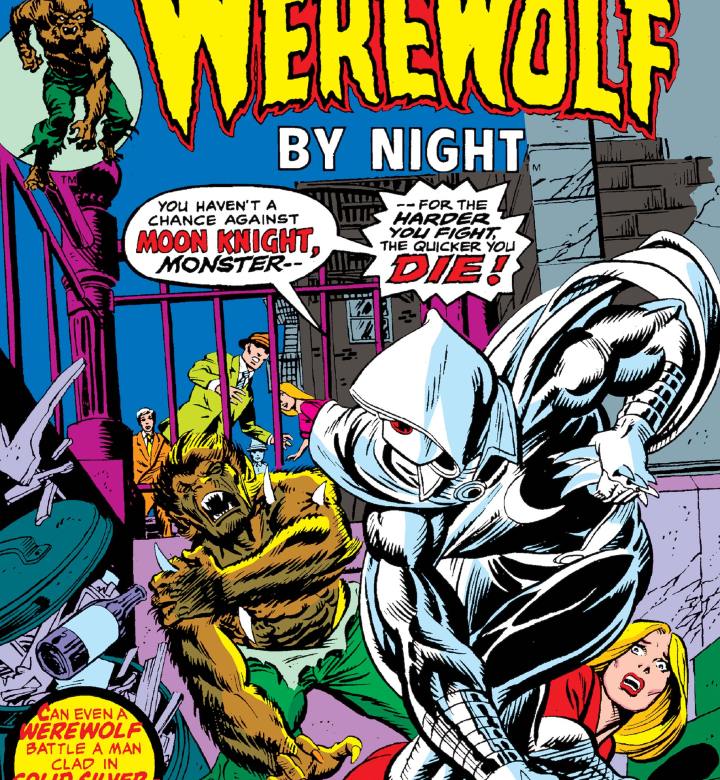 MoonKnight was first dreamt up by Doug Moench and Don Perlin in 1975 for Marvel's Werewolf by Night (#32) comics. As Spector has dissociative identity disorder, he switches back and forth from a few different personalities. In that same sense, he also has held quite a few different jobs over the years: Spector has worked as a Marine, a boxer, as well as a member of the CIA. Though he ultimately came to dislike the companies that he worked for, he decided to continue on by working as an operative—except this time, he was going more on a freelance route.

In one specific instance, he found himself left for dead in the deserts of Egypt after engaging with a terrorist named Bushman. In what he felt was some force of nature, Spector survived, crediting his survival to Khonshu, an Egyptian moon god that he stumbled upon in statue form while near death.

Transformed by this experience, Spector headed back home to the U.S. and decided to create an entirely new identity—one that he had a bit more control over: Moon Knight. But just because you decide to create a superhero identity for yourself doesn't mean that you'll actually have any superpowers. Sure, Spector is an extremely skilled boxer and has been tactically trained as part of the CIA, but those are just strengths, not powers.

It turns out that Spector has a bit more to credit to give to Khonshu than just his own survival and a new identity. As he sank further into being Moon Knight, Spector started developing some unexplainable abilities that are occasionally linked to the moon phases. For one, his strength hits maximum levels when there's a full moon, which plays into other uses of that energy. Just as Moon Knight receives more energy for strength, he can also take that very same strength away from others through fighting. There's also a more mental side of his powers, which comes through in dreams and with other psychological visions, revealing things that might help him out in the future. 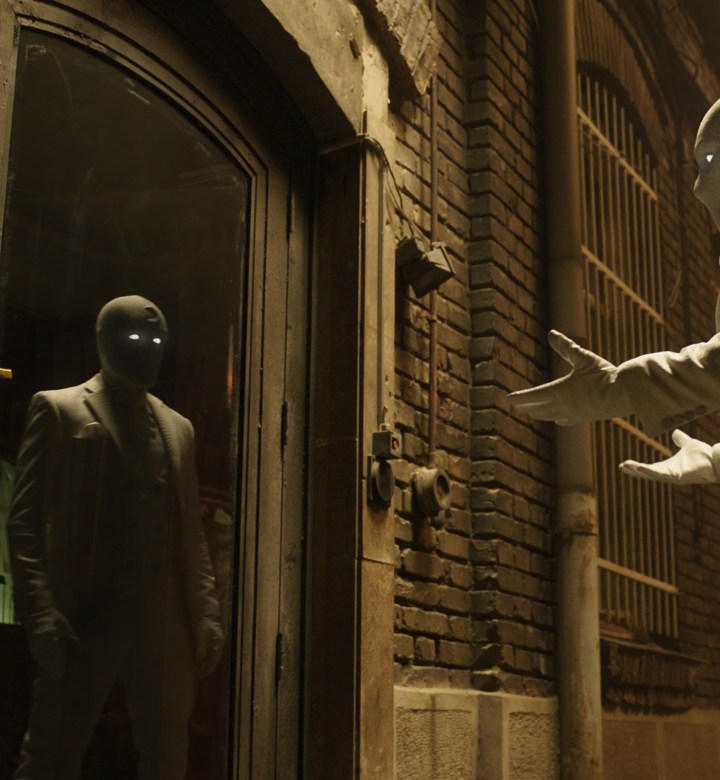 Moon Knight is by no means the strongest of the Marvel heroes, but he may just be one of the most interesting—and one of the most complicated. But complicated is good; we need more of these sorts of superheroes, which could be why this series has seen so much hype in the months before its release. As one of the more niche Marvel characters, it was surprising to see fans rally around this new character, but then again, maybe it's just because Isaac is playing him.

Regardless, the series first follows Spector as Grant, who works in a gift shop at an Egypt-centered museum in London. He's definitely chaotic, as in the first episode alone we've already seen him drive a cupcake truck backward down a windy hill and fight off a (very angry) resurrected, Anubis-like hellhound.

As the audience, we're just as much in the dark about what's going on as Grant is. A voice echoes through his head often as a main figure and voice of (somewhat) reason, giving him solid instructions and having him stay on task when faced with certain decisions. Though it's not completely clear if the voice is that of Khonshu or of himself, it clearly knows some things that Grant does not.

We haven't been introduced to a ton of other characters yet, except for Donna (Lucy Thackeray), Grant's boss with a low threshold for annoyances, and Arthur Harrow (Ethan Hawke), a cult-like man who seems to know more about Grant than even he does.

One episode in and Moon Knight already feels like it has carved out its own special spot in the lineup of Marvel shows. It's a series that is somehow able to keep you completely present in the moment at hand, not looking ahead with theories of what might happen in the future. Though the show spins the audience around quite a few times, it's always able to center itself with ease. Also, I thought that by this point I'd be able to come up with a good moon-related joke to end things off, but alas, I wasn't able to.