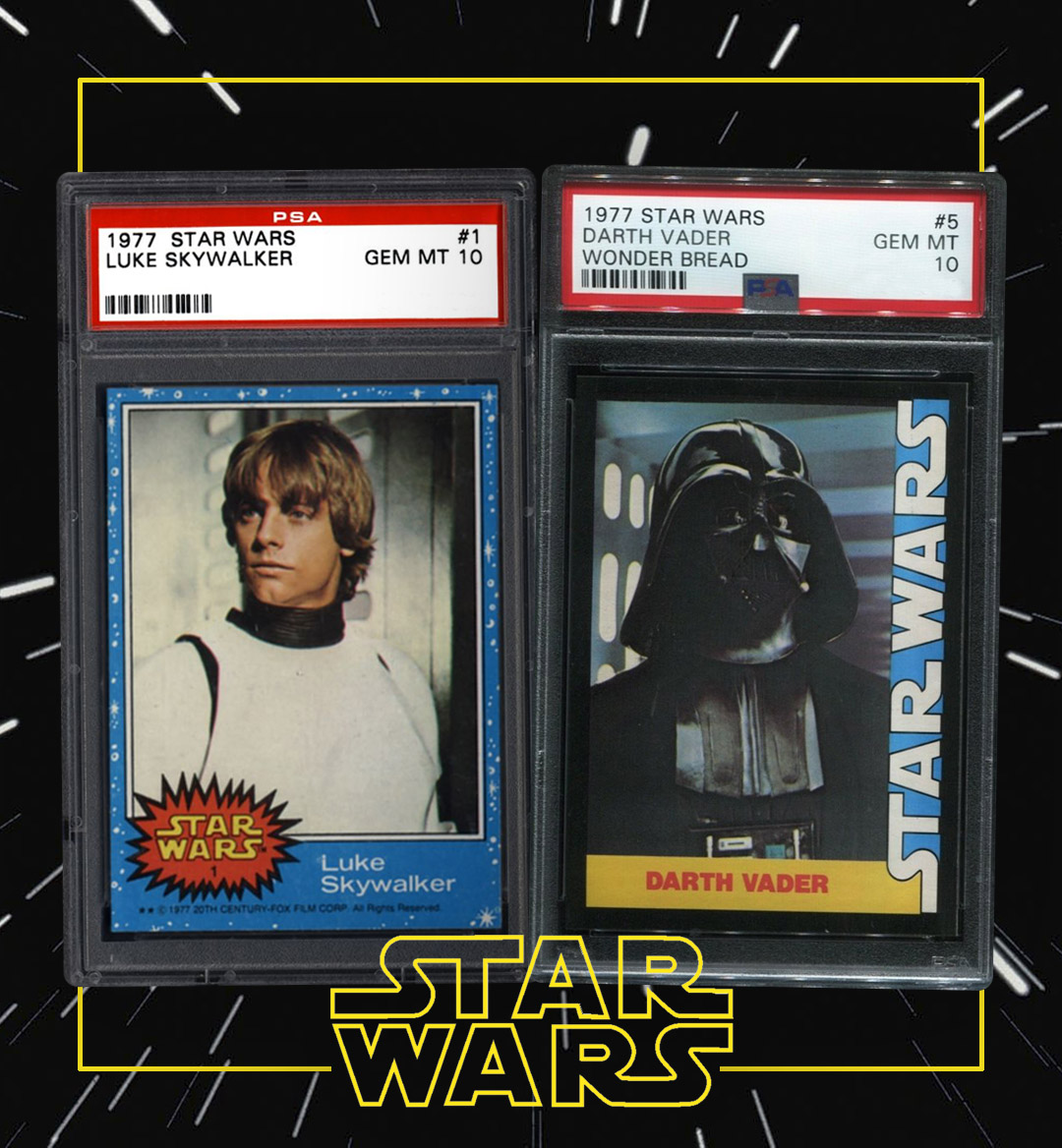 Star Wars is one of the most popular and culturally relevant movie franchises of all time, coming in at #2 with total box office earnings($10.31 billion) just 1 spot behind Marvel ($25.56 billion).

It was followed up by two more films released in 1980 and 1983, completing a trilogy that wouldn’t resume until 1999.

The movies have spanned decades attracting different generations to their universe, setting the foundation for a highly collectible market whether it is VHS tapes, collectible toys, comics, movie memorabilia, or trading cards.

We’re going to dive into the top 10 Star Wars trading card sales of all time. 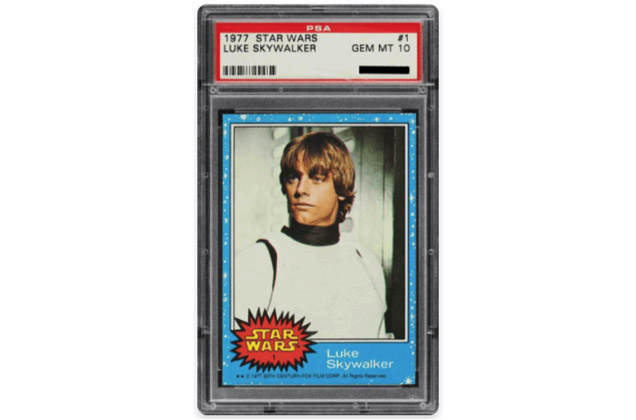 Luke Skywalker, played by Mark Hamill, was the main protagonist of the franchise’s earliest films. Even though Skywalker was ranked 4th by Screen Rant of most popular Star Wars characters, he is undeniably one of the OG faces of the movies and ecosystem.

This 1977 card comes from the Topps Series 1 Star Wars set and is Skywalker’s first appearance in trading cards. 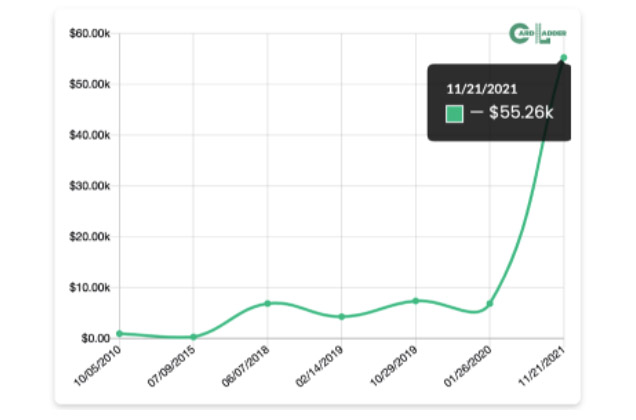 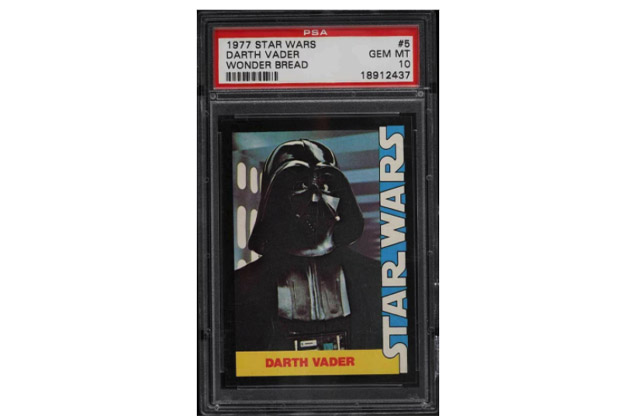 Darth Vader is the main villain in the Star Wars universe and is a highly popular character. The Wonder Bread Star Wars set released in 1977 is viewed as an “alternative rookie” to these characters.

The cards were distributed with loaves of bread (1 per loaf) and while it seemed gimmicky at the time, some of these cards in mint condition sell for a significant amount of money. 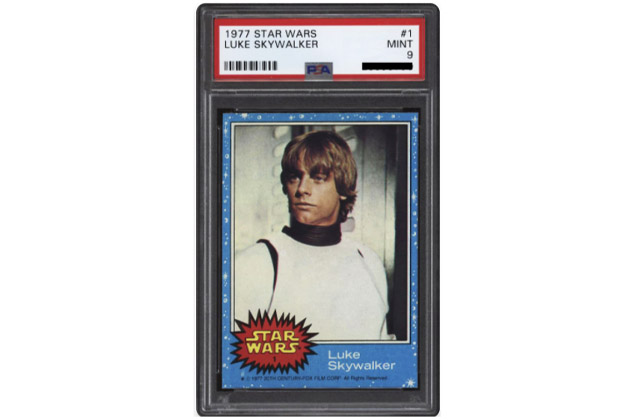 One of the most dominant themes we see in any top 10 collectible list is that one character/athlete tends to hold multiple record sales. While other characters like Darth Vader and Princess Leia are popular Star Wars characters, Luke Skywalker seems to hold the most value with trading card collectors. 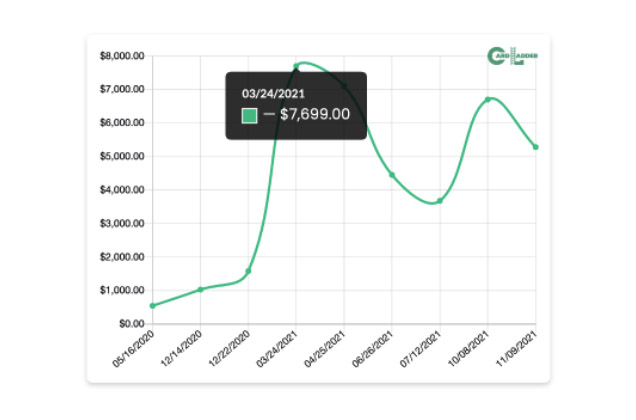 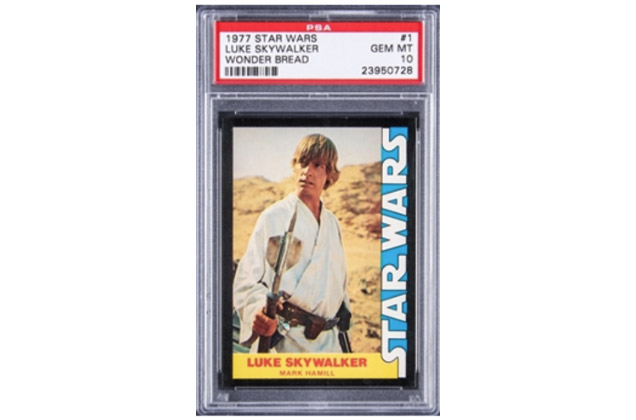 There were multiple copies of this Wonder Bread Luke Skywalker 1977 Star Wars trading card that sold for multiple thousands of dollars, but at a $7,000 sale in March 2021, this is the record.

Wonder Bread distributed 1 of these trading cards per loaf of bread and what might have been a marketing tactic at first has now become a bonafide collectible in the Star Wars universe. 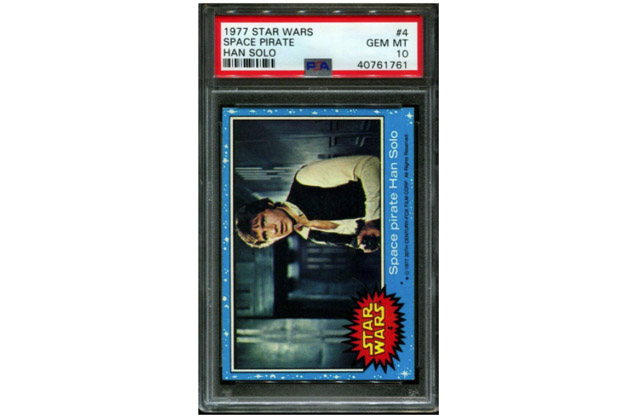 Harrison Ford played Han Solo in the original Star Wars trilogy and reprised his role for a short cameo in The Rise of Skywalker (2019). 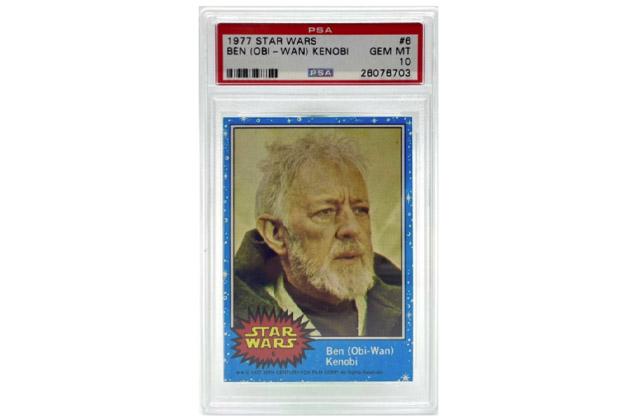 Obi-Wan is another OG character from the original Star Wars trilogy and his character shows up again (this time played by Ewan McGregor) in Star Wars Episodes 1 through 3. 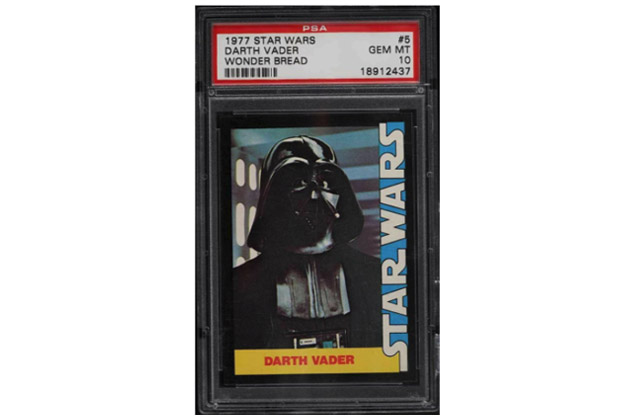 Despite this dip in price, the card was still up significantly in value from its last sale in 2020 ($685). 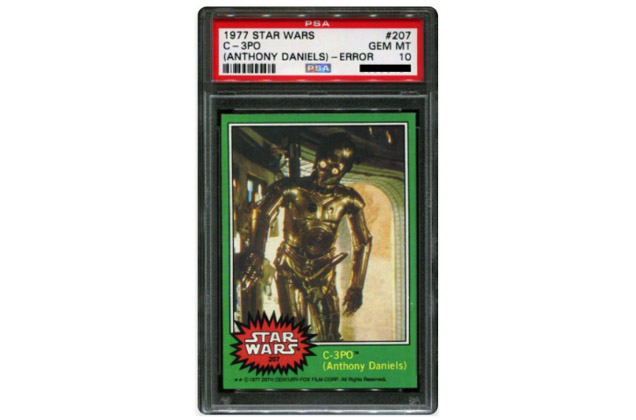 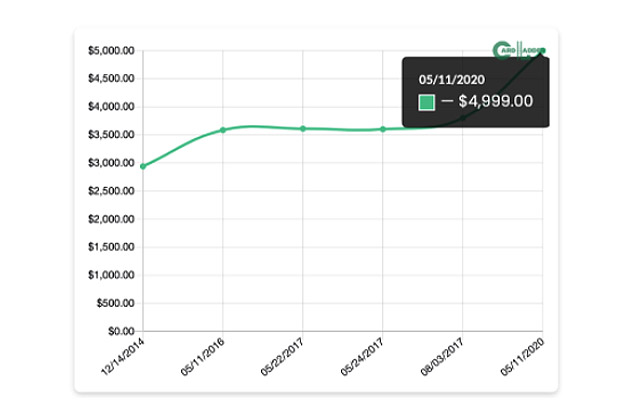 Surprisingly, the card has held value over the last few years, with the lowest recorded sale of just under $3,000.

If you haven’t spotted the error yet, scroll back up and have another look. There’s an added golden rod in the card that wasn’t supposed to be there.

The cards were recalled but not before enough hit the market, making this a scarce collectible, especially for those with a sense of humor. 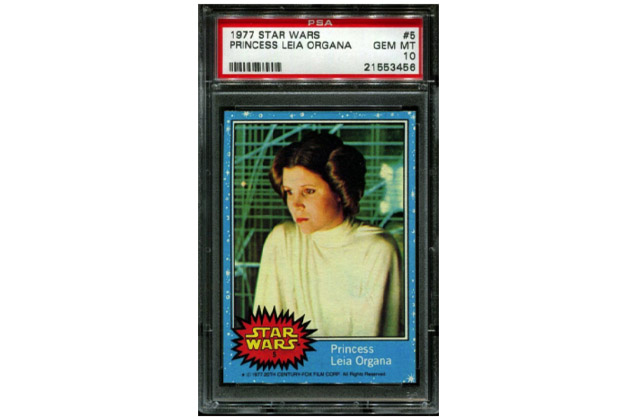 She was the second main protagonist in the Star Wars film and a major anchor in the universe's plotline.

Carrie Fisher played the iconic character but passed away before completing filming for The Rise of Skywalker. Her character still appeared in the 2019 movie with some help from visual effects.

The cameos in the modern movies paired with an expanding trading card market likely fueled some of these 2021 sales of this set, which is often accepted as the “rookie cards” for the characters. 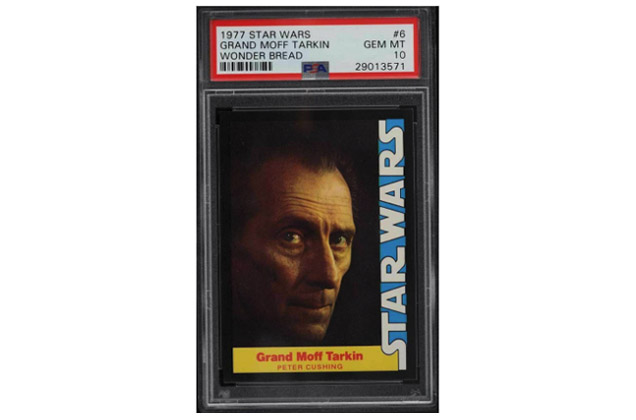 Grand Moff Tarkin played a villain role in the original movie trilogy and was described as “one of the most formidable villains” in the Star Wars universe.

This character may not be an obvious one to the average fan, but you can’t deny this record sale for one of his cards.