The Top 10 Most Valuable Women's Sports Cards Ever Sold 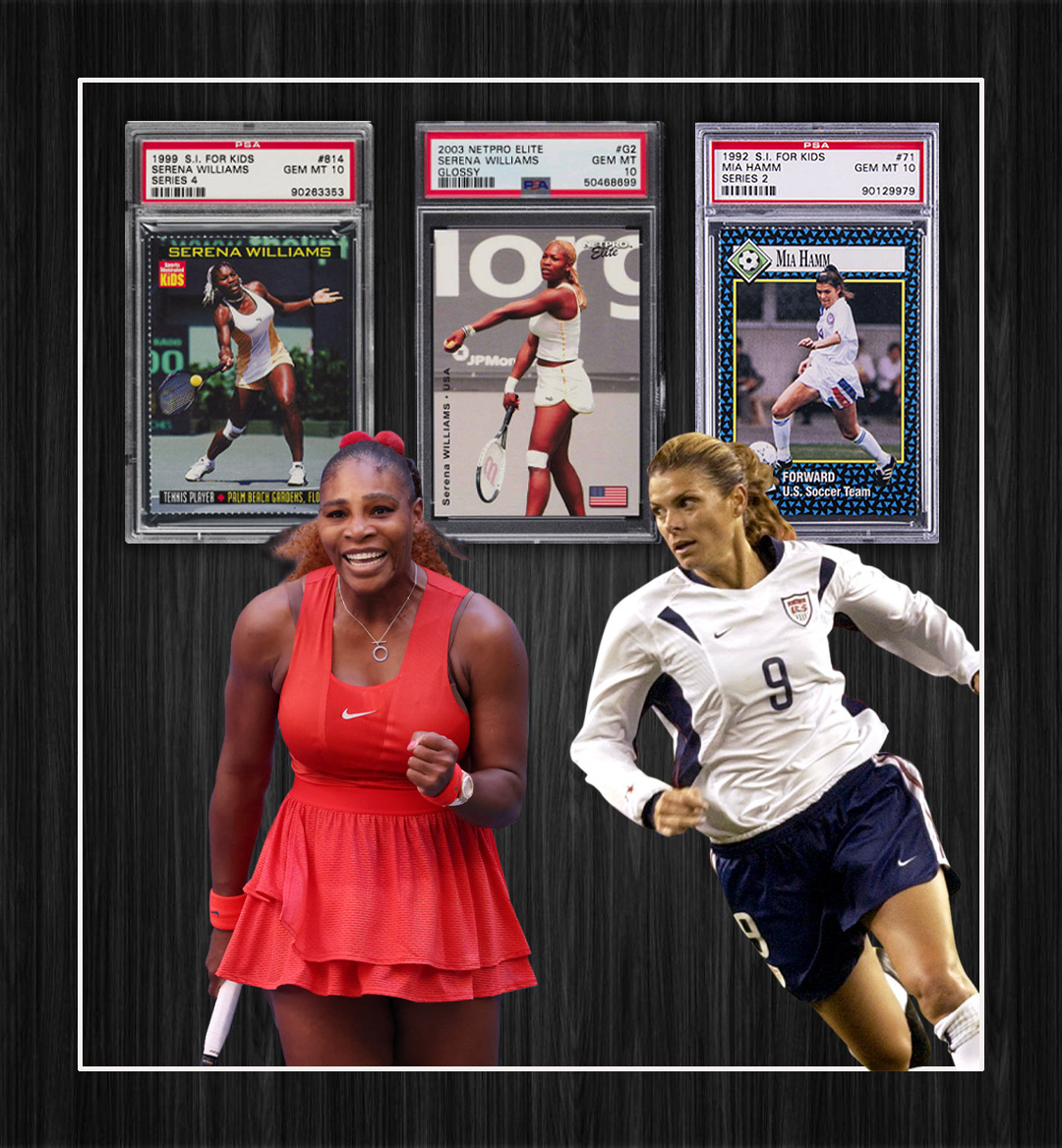 The sports card market has been rapidly growing since 2019 and we’ve seen a number of sales make headlines across many different sports and athletes.

Since it’s Women’s History Month, we wanted to take a look at the top 10 women’s sports cards ever sold.

Not surprisingly, one athlete dominates this list: Serena Williams.

Mia Hamm’s S.I. for Kids trading card initially hit a record sale for women’s trading cards in June 2021, but over the past few months, Serena Williams’ cards have set multiple records, including sales that went over six figures. 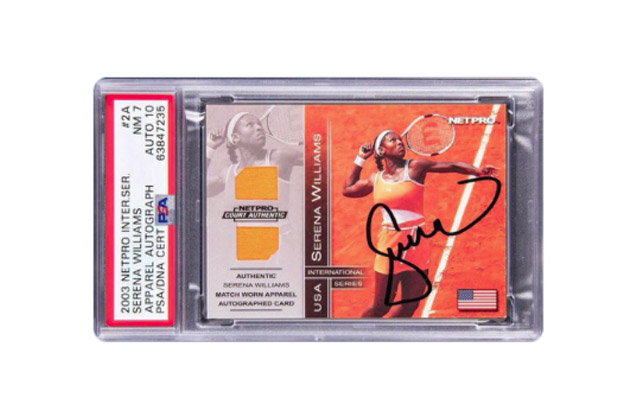 The record for any women’s trading card in history was set on March 13th when this copy of Serena Williams’ 2003 Netpro International Series Apparel Autograph featuring an autograph and match-worn apparel for Serena Williams sold for $120,000 via Goldin Co.

Serena Williams turned pro in 1995 and had a storied career (often ending up in finals matches against her sister, Venus). Serena won the 1999 US Open and later won the French Open, US Open, and Wimbledon in 2002. In total, she won more Grand Slam singles titles with 23 than any other tennis player in history.

She also was awarded the Best Female Athlete ESPY award twice (2003, 2013) and ESPN ranked Serena as the most famous women athlete in the world in 2018.Note: there’s a copy of this card in a BGS 8 grade on Rally, a fractional ownership platform, and it's valued at $114,750. 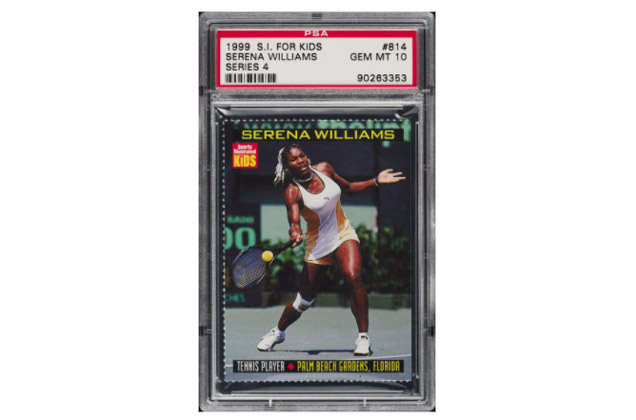 Sports Illustrated for Kids was a magazine that often featured sheets of cards that could be torn so kids could have a card for an individual player. Because they required tearing, it is rare to find a card like this in a high grade with serrated edges. 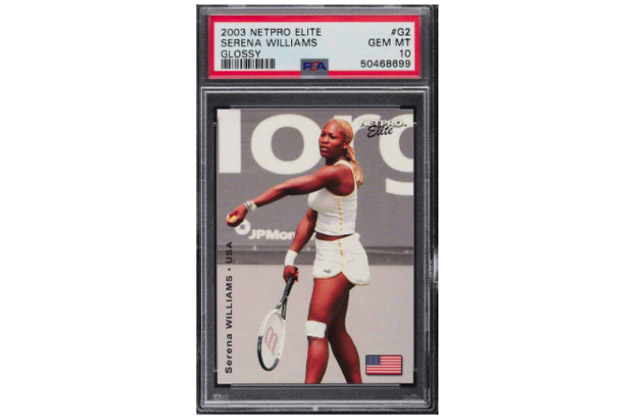 On the same night of Serena’s record-breaking S.I. for Kids card sale, this PSA 10 Netpro Glossy sold for $96,000 also via PWCC Auctions on eBay.

NetPro tennis trading cards were first produced in 1991 and the 2003 set was “the first trading card set available to the public in nearly a decade.”

This was the first officially licensed card for Serena Williams and the “Glossy” version is numbered to 100 copies with 28 in a PSA 10. 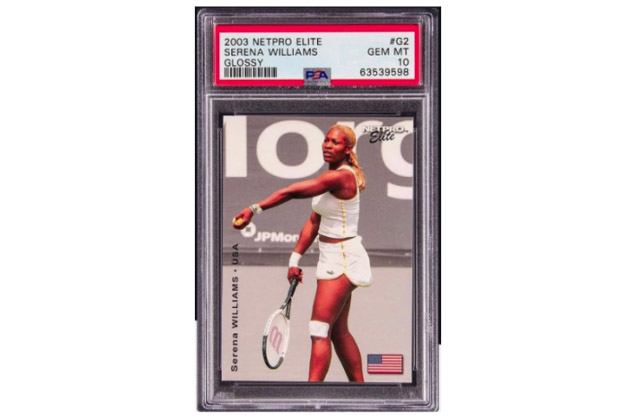 This particular copy was numbered 1 out of 100 and is the second-highest sale of this card a few weeks before it jumped to nearly $100,000 in value.

Another copy of this card sold on February 28th via eBay for $50,2999 (at auction) but to avoid redundancy we are only listing this once. 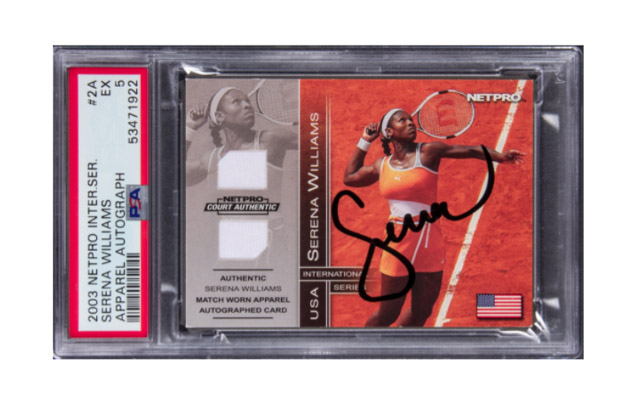 This particular copy is numbered 1 out of 100 with match-worn apparel featured in the card. 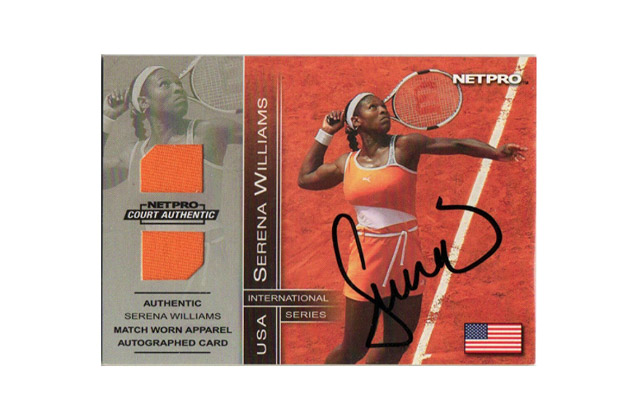 On January 23rd, a raw copy of Serena Williams’ 2003 NetPro International Series Apparel Autograph numbered to just 100 copies sold on eBay in an ungraded condition for just shy of $40,000. 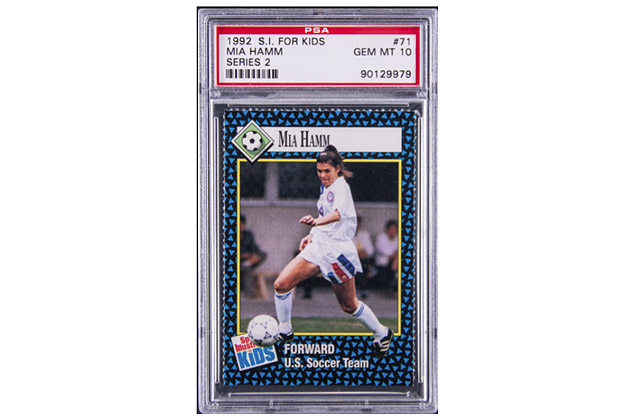 At the time of this sale, the Mia Hamm 1992 S.I. for Kids in a PSA 10 grade was the most expensive women’s trading card ever sold.

This Mia Hamm card set a record for a reason. She’s considered to be the best female soccer player in the history of the sport, played for the women’s US national soccer team for 17 years, winning Olympic gold medals in 1996 and 2004.

Up until 2013, Hamm had the record for the most international goals scored. 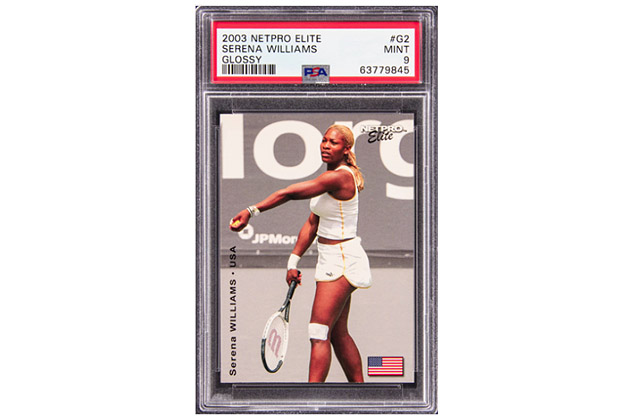 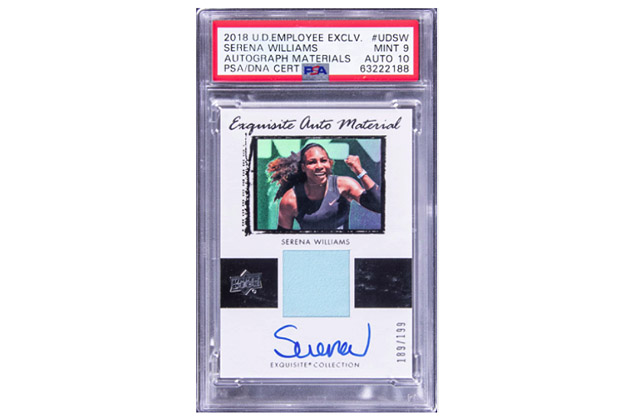 These cards were given to Upper Deck employees (often done as an expression of gratitude, like a company bonus) and are numbered to just 199 copies.

While not one of Williams’ first trading cards, this one features match-worn material and an autograph in the format of the well-known premium Exquisite Trading card format. 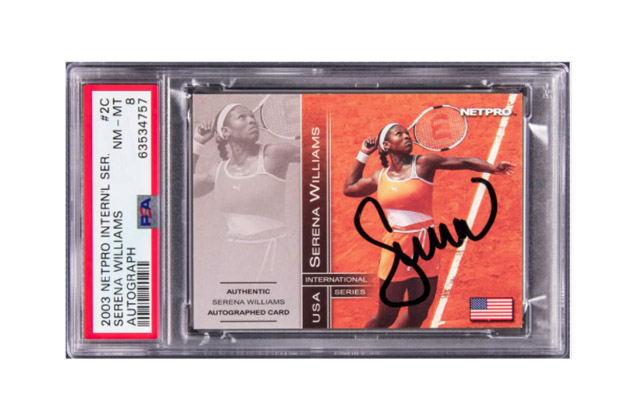 On the same day that the Upper Deck Exclusives card sold, this copy of Williams 2003 NetPro autograph in a PSA 8 grade sold for $22,200 via Goldin Co.

We’ve seen other examples of this card with match-worn swatches set records in the women’s trading card space, and the auto-only version commands a 5-figure sum on the secondary market.