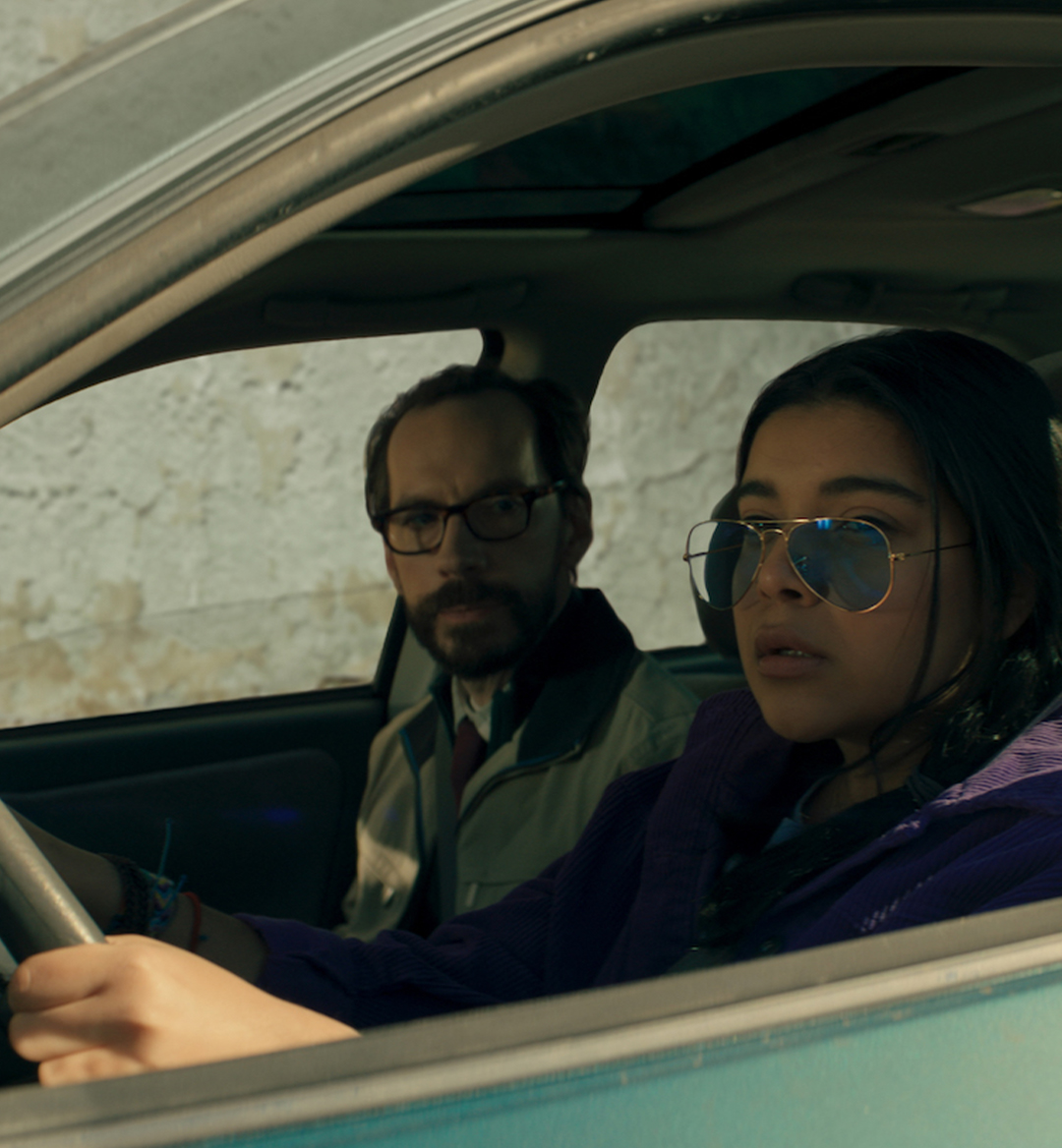 Not all superheroes wear capes—or need driver's licenses...but this one does.

Hailing from the lovely state of New Jersey and the even lovelier Jersey City, 16-year-old Pakistani-American, Kamala Khan (Iman Vellani), is going through the same sorts of growing pains that just about every teenager experiences at one point in their life. It's the usual stuff: evading overbearing parents, getting in trouble for doodling in class, and sneaking out of the house.

And about that driver's license: it doesn't look like she'll be getting it anytime soon—she accidentally threw her car in reverse and slammed it into her driving instructor's car, immediately failing her test. So there's that.

The main plot of this first episode is fairly straightforward: Kamala and her best friend, Bruno Carrelli (Matt Lintz), want to attend the upcoming AvengerCon (like ComicCon, but for Avengers fans), but Kamala's parents are hard-pressed against letting her go. She has spent weeks preparing her Captain Marvel costume, learning how to sew in the process and how to conceal the fact that she's been crafting this massive suit from her parents.

Kamala is a major Captain Marvel fan, spending quite a bit of time drawing her and posting informative and speculative videos about her on YouTube. Now, this is one of Kamala's traits that truly feels perfect for the character and is relatable to most people who have spent a significant amount of time obsessing over someone or something (AKA 12-year-old me scrapbooking photos of The Jonas Brothers—not Kevin—onto the back of my door).

This is more so a much-needed establishment episode: it's the first time we're meeting Kamala and we need a good sense of what she's all about. Of course, this includes Captain Marvel, but it also includes breakfast burritos, doodling in class, drinking Slurpees, hanging out on rooftops, and being moderately embarrassed by her parents. Also, this reminded me that I need to start working breakfast burritos more into my morning routine. 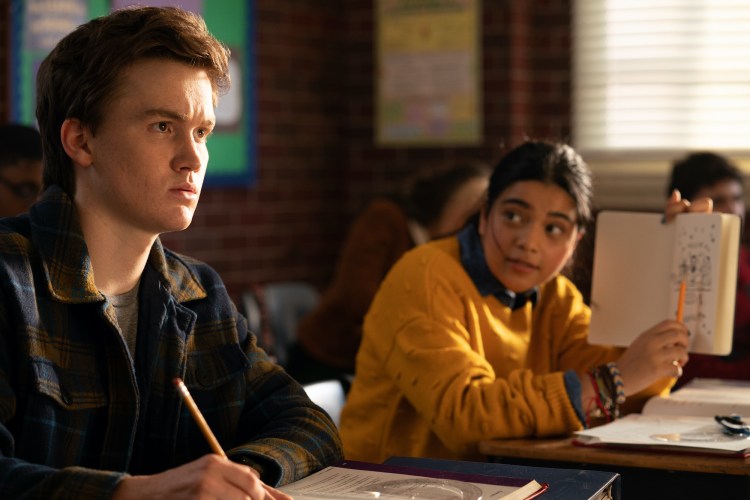 Kamala's powers come into play after she takes one of her grandmother's old bangle bracelets. It's intricately made with embellishments and other details, and honestly, it's not really a bangle—it's more so a thick superhero cuff disguised as a bracelet. The problem with that is it's completely obvious to the audience that this is the object that's going to give her her powers. I guess I wished they had gone about it in a less apparent way as before she had even put the thing on, it was clear the intentions behind the object.

After finding the bangle, her mother immediately takes it away from Kamala, which is a classic mom move—and I respect her for pulling that. Later on, though, Kamala steals it back to complete her Captain Marvel outfit. Once that bangle was brought into the canon, we were really just waiting for her to wear it to see what would happen. The main probably with that is that all the waiting around left us expecting some massive thing to happen when in reality, the way Kamala's powers were portrayed was pretttttttty underwhelming. What can I say? They looked weird and out of place at times, but I'll dive more into that below.

The lowdown? This show is solid.

Sure, this episode felt a little predictable at times, but then again, we have to remember that the series feels geared more towards a younger, teenage audience as opposed to the more critical (and slightly older) Marvel fans that we're used to.

The only major issue I had was that the visual effects (VFX) of Khan's powers were not good. I knew that this couldn't be a draft version of the episode with placeholder effects, but I hoped it was. Spoiler alert: it wasn't. The visual representation of her powers seemed cheesily done—like glacier blue streams of lightning mixed together with blue smeared icing on a sheet cake. Basically, I was confused. At one point, Khan goes to save a classmate from being killed and stretches out her arm legitimately like one of those novelty sticky hand toys.

It's genuinely surprising that the VFX isn't great when the animated art throughout the entire episode is absolutely incredible. Not only is it used in the introduction to the series during the first few minutes, but it's sprinkled in throughout for other uses, like in showing text conversations and in giving visual support to what Kamala and Bruno are talking about in various discussions. But writing about these visual effects doesn't do it any justice—you'll know it when you see it.

As a whole, I'm rooting for this show—sue me, I want it to do well. Kamala Khan is one of those groundbreaking characters who deserve the spotlight: she's the first Muslim Marvel character in a starring role and it's Vellani's first major role in general (and she's absolutely crushing this character, I might add).

My advice? Give this show a chance. It seems like fans have been more likely to dismiss this series outright than give it a fair shot more than other shows, so keep an open mind upon your first watch. Maybe the VFX isn't perfect, but that's not to say it won't improve along with the overall predictability of the plot. WE'RE ONLY ONE EPISODE IN. If I judged every show that I've ever loved by its first episode, well, I wouldn't have many favorite shows (I'm looking at you, Ozark and Curb Your Enthusiasm).