10 Best Movies and Shows Added to Netflix in November

… and when and why to watch them this busy holiday season 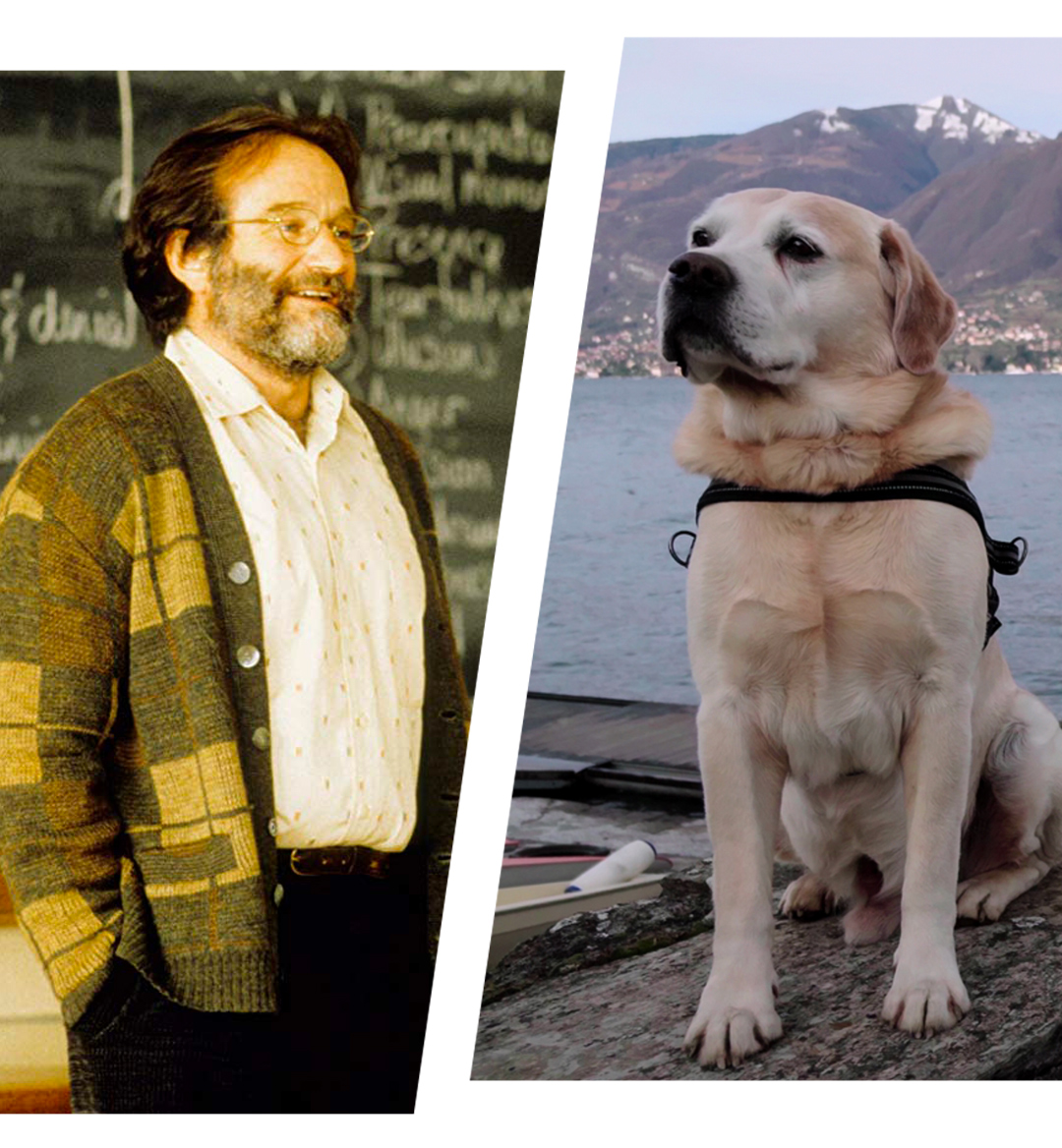 ⌚️When to watch it: When you’ve got a little over 2 hours to spare and want that feel-good Robin Williams pep talk.

Why watch it: It’s been four long years since Robin Williams passed away, and this is possibly his best serious role (sorry, Dead Poets Society). That scene where Sean chats to Will on the park bench—ugh, this moment is so touching, the antithesis of toxic masculinity. “Once more unto the breach, dear friends!” OK, time to revisit.

⌚️When to watch it: When you’ve exhausted all the plays on your copy of The Secret Life of Pets and are ready to treat your dog to 360 minutes of wholesome bonding time.

Why watch it: A six-part documentary about dogs is due to bark up Netflix’s tree soon. Basically a cross between Marley & Me and Balto, Dogs promises to tail the life journeys of a variety of doggos around the world and tell the stories of their respective masters. "Dogs is an emotional palate cleanse," co-creator Amy Berg said. "Watching the show offers a salve for the spirit and reminds us of the redemptive power of love."

⌚️When to watch it: When you’re tired of sitting at the adult table at Thanksgiving and want to have an hour and a half-long laugh with the kids.

Why watch it: My germs! My germs! Myyyy gerrrmsss!!! If you don’t remember that scene with Hanson the caretaker putting his reject ginger root hand in all of the Thanksgiving food, then it’s time for a rewatch. This movie—arguably the best in the Scary Movie franchise—is chockablock with actually funny jokes that you can replay over and over at the next dinner party you’re invited to.

⌚️When to watch it: When you’re on your 3 hour flight headed home, watch this 3 hour Oscar-winning flick from the comfort of your not-so-comfy economy seat.

⌚️When to watch it: When you need 60 minutes of something to block out your drunk uncle’s unwarranted political rant, binge an ep of this eight-episode season.

Why watch it: The brilliant Robin Wright, who has earned an Emmy nomination every year since 2013 in the Outstanding Lead Actress in a Drama Series category for her powerful performance as Claire Underwood, takes over in the White House in this sixth and final season of this trailblazing Netflix original series. “I’m not going to be told what to do anymore, Doug, not by you or any man, ever again,” Underwood proclaims in the final season in which she becomes the nation’s commander in chief. “The first female president of the United States is not going to keep her mouth shut.” It’s her turn and we’re so damn ready.

⌚️When to watch it: When the escape room you splurged on didn't exceed your expectations, this is 1 hour and 35 minutes of pure adrenaline.

Why watch it: Director Jeremy Saulnier’s slasher might seem more akin to Halloween fare, but this killer thriller is a fun watch any time of year. To give you a glimpse into the plot: Imagine if neo-Nazis had a secret concert space in the middle of the woods (password for entry: “Who is John Galt?”); then imagine a group of kids who went to the concert found themselves locked in the green room, where the only escape is guarded by a bunch of angry skinheads.

⌚️When to watch it: When you’re tired of being called out for being an uncultured swine, educate yourself with this humorous lesson on Latinos.

Why watch it: Colombian-American actor John Leguizamo’s one-man show Latin History For Morons started on Broadway and snagged a 2018 Tony Award nomination before coming to Netflix for the rest of the world to enjoy. It’s a comedically revealing crash course on the whitewashing of 3,000 years of Latino history.

⌚️When to watch it: When you’re trying to get a break from your way-too-energetic nieces and nephews for at least 1 hour and 54 minutes, watch this child-free movie.

Why watch it: Alfonso Cuarón’s 2006 dystopian thriller is set in 2027 in an infertile world where zero babies have been born in the past 18 years. Governments have collapsed as citizens have lost hope in a future worth living in, but amid the global disarray, Clive Owen’s character Theo teams up with his estranged wife Julian (played by Julianne Moore) to protect a refugee who miraculously becomes pregnant, all while dealing with the emotions of their past relationship woes.

9. The Ballad of Buster Scruggs

⌚️When to watch it: When you have months until the return of Westworld but 2 hours and 12 minutes to travel back in time for a quick fix.

Why watch it: Another Coen brothers saga, but this time told as a six-part anthology. All the stories take place in the Old West. A wannabe bank robber, a prospector mining for gold, one last carriage ride hurrah—this film has it all. Though reviews stated that this Coens effort was a bit hit and miss, if you’re going to be a true film fan you can’t sit this one out.

⌚️When to watch it: When you’ve just smashed the order button on Seamless and have 1 hour and 23 minutes until your sushi platter will be delivered.

Why watch it: What it takes to become a master sushi chef in one of the most uncompromising, three Michelin-starred sushi restaurants is a slog no matter what your familial background. For Yoshikazu, the son of renowned unagi dicer Jiro Ono, it’s an intense struggle to live up to his father’s legacy. But the combination of food and family is always a win. You know who might really enjoy this? The Rock.