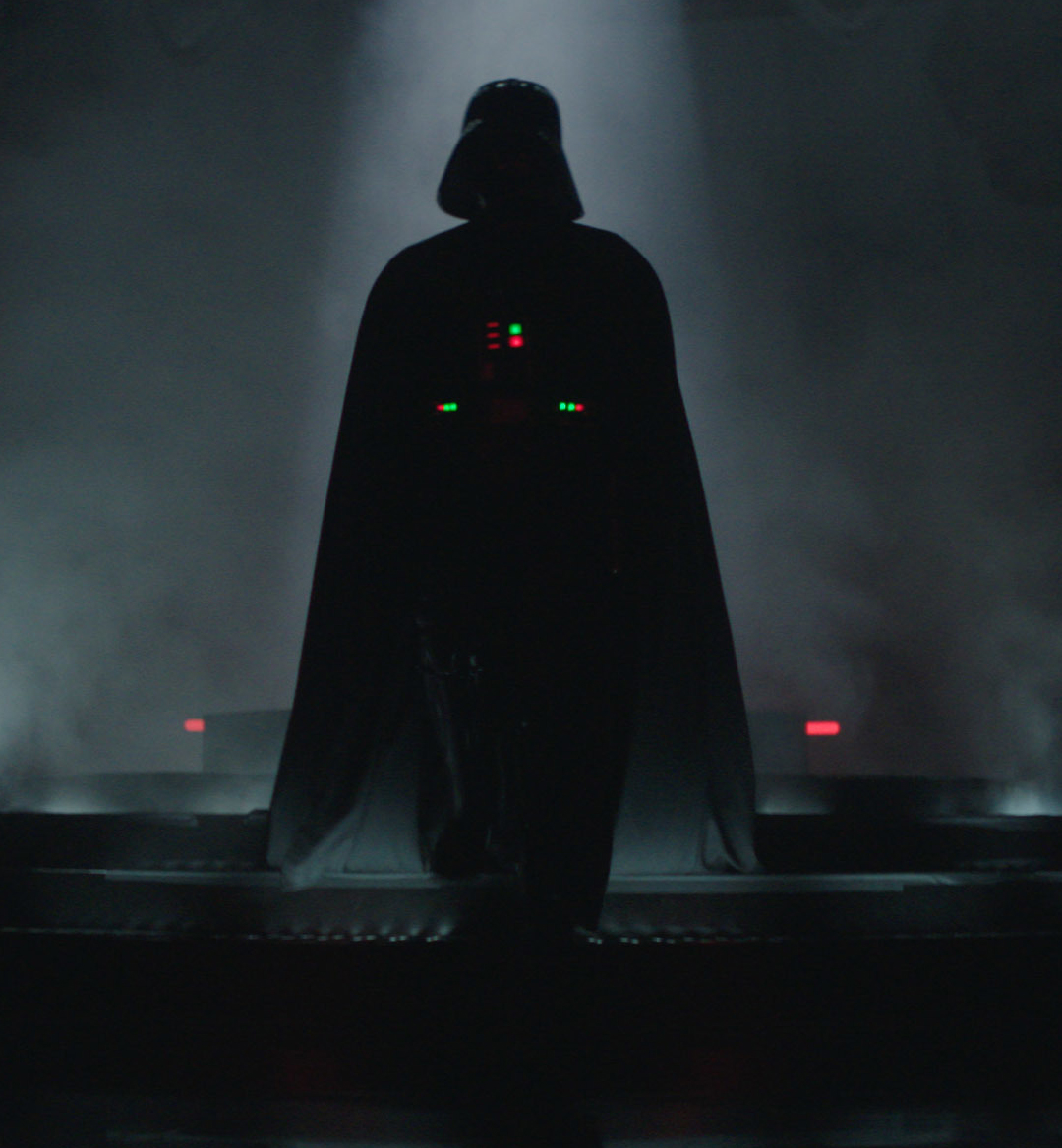 Well, that all just happened.

After last week's two-episode premiere, Obi-Wan Kenobi has delivered in almost every way, giving the fans exactly what we were all looking for in this show. It was heart-warming and funny, yet it was thrilling and terrifying at the same time.

Obi-Wan and Leia continue their journey on the automated trade route to another planet. Leia asks Obi-Wan about the Force, to which he explains it's like turning on a light when all you see is darkness.

They land in the mining colony of Mapuzo, which was once a much different planet before the Empire. The two head to a meeting point set by Haja Estree, where they are to meet one of his contacts. He is unsure if Haja was telling the truth, and Leia asks, "why would he lie?"

Obi-Wan, being the gruff non-trusting man he is now, says to her, "people are not always good, Leia." Obi-Wan tells her that there are people like her father who are trying to change the Empire from within. However, it is a losing battle.

Obi-Wan looks out into the desert and sees a figure dressed in Jedi robes in the distance. Suddenly, the figure turns around, and we see that it's a vision of Anakin, looking much like he did after slaughtering the Separatists on Mustafar all those years ago. Leia brings him back to the present, and he realizes that it was just an apparition.

We go to the headquarters of the Inquisitors, where Reva has just landed, and she heads to a meeting with the Fifth Brother and the Fourth Sister. After boasting that she had traced Obi-Wan to Mapuzo, the Fifth Brother uses the Force to bring Reva down to the table and threatens her, saying that he is next in line to be Grand Inquisitor.

Reva then lets them know that Vader ordered her to lead the hunt for Obi-Wan. After a final threat to Reva, the Fifth Brother and Fourth Sister begrudgingly follow her orders. The infighting between the Inquisitors will undoubtedly come to a head at some point, but when and how remains to be seen.

Obi-Wan and Leia reach the meeting point, but no one is there. He immediately assumes the worst and that Haja shouldn't have been trusted, although Leia remains hopeful. Suddenly, a truck passes by, and Leia grabs the driver's attention despite Obi-Wan's warning not to talk to anyone.

They use a cover story of being farmers from the planet Tawl and hitch a ride to the spaceport with the driver Freck. As they get in the back of the truck, we see an Imperial logo on the back. Freck is a fan of the Empire, and Obi-Wan and Leis play along.

Freck offers to give a squad of stormtroopers a ride as well, with the troopers looking for a Jedi. Obi-Wan and Leia try and maintain their cover as father and daughter. Leia explains to the stormtroopers that they were on the planet to visit the place where her father met her mother.

Obi-Wan nearly blows their cover when he calls Leia by her actual name, causing one of the stormtroopers to question them about it.

He recovers by saying that her mother's name was Leia and, in a touching moment, tells the stormtroopers how much she reminds him of her mother. The gullible stormtroopers believe him to some degree and eventually get off the truck, allowing the two to get away once again.

Leia asks Obi-Wan if he knew her birth mother, but he doesn't say he did, even though she can tell he's lying. She also asks if he is her actual father, with Obi-Wan telling her, "I wish I could say that I was, but no, I'm not."

A Reunion 10 Years in the Making

The truck approaches an Imperial checkpoint, with Freck slowing down to allow for an inspection. He tells the stormtroopers that something is off about his passengers, and they begin to question Obi-Wan after getting him out of the truck.

A probe droid approaches and is able to identify Obi-Wan, forcing him to use his blaster to take out the stormtroopers guarding the outpost. Unfortunately, another squad of troopers approaches, but they are suddenly gunned down by the Imperial office leading them. It turns out that it's Haja's contact that they were supposed to meet, and she can get them into town.

The Inquisitors are now aware of Kenobi's location and send a detachment there, shut down the ports, and head there themselves.

Haja's contact is able to hide Obi-Wan and Leia in her safe house, telling them that there's a pilot who will take them off the planet. She's an undercover smuggler who tells them that she's been helping people get to a world named Jabiim, where they're given new identities and placed into hiding.

She tells Obi-Wan that another Jedi has been through here, Quinlan Vos, who he fought with during the Clone Wars. He had left a message that reads, "Only when your eyes are closed can you truly see."

After a group of stormtroopers searches the shop that hides the safe house, the contact tells them that she is an Imperial officer named Tala who has been secretly helping people since becoming disillusioned with how the Empire operates.

Genocide, conquering planets, and ruthlessly maintaining order in the galaxy tend to do that.

She opens a tunnel to lead them out through a secret tunnel when suddenly Obi-Wan is overwhelmed with panic. Through the shop's door, he sees stormtroopers everywhere, with the Inquisitors leading the way.

Darth Vader appears, the first time Obi-Wan has seen him in his armor. He senses Obi-Wan is near and attempts to force him out of hiding by attacking the townspeople. He force chokes a man out of his house and suspends him in the air in front of his family.

When the man's son runs out to help him, Vader brushes him aside and breaks the child's neck without mercy.

Vader grabs a woman and drags her down the street as she screams in pain. Just as it looks like Vader is going to attack a family, he senses Obi-Wan has fled and goes to follow him. Meanwhile, the Inquisitors search the town for others, and Reva heads to the show where the safe house is.

Obi-Wan makes his way to a nearby mine, where Vader has caught up to him. Vader ignites his blood-red lightsaber, stopping Obi-Wan in his tracks. He pulls out his lightsaber but doesn't ignite it just yet; he knows he is outmatched. He hasn't fought in a decade, and Vader has been wreaking havoc across the galaxy since their duel on Mustafar.

Obi-Wan flees, and Vader hunts him. As Vader finally speaks, saying, "You cannot run, Obi-Wan," he ignites his blue lightsaber for the first time in 10 years. He looks for Vader when suddenly he appears, and Obi-Wan finally faces him.

"What have you become?" says Obi-Wan.

Obi-Wan runs again in fear, knowing he cannot win.
Reva continues her search in town and discovers the safe house and the secret tunnel Leia and Tala used to escape, and she gives chase.

Vader and Obi-Wan begin their duel, but it's clear from the very beginning that the Sith Lord is toying with him. He uses one hand to fight Obi-Wan and sends his former Master reeling with every blade strike.

Vader pushes Obi-Wan back with the Force, reminding him that he should have killed Vader when he had the chance. Obi-Wan cuts open a steam pipe that he uses to escape Vader temporarily. However, he is not stopped and remains in pursuit.

Vader causes a truck load of flammable material to fall on the ground, and Force chokes Obi-Wan, lifting him high in the air. You can't see it in his face, but it's clear Vader is enjoying torturing his former Master.

He ignites the ground in front of them and simply says, "Now you will suffer, Obi-Wan." He throws him into the flames, carefully not to set him alight but slowly burning him, as Vader was once engulfed on Mustafar.

He sends Obi-Wan flying backward, and just as Vader tells a group of stormtroopers to get, Obi-Wan is rescued by Tala and one of her droids. As the flames are reflected in his eyes, Vader sees them escape.

Tala tells her droid to get the transport ready for them and Leia to escape to Jabiim. However, Leia (who had been running to the ship alone when Tala was forced to help Obi-Wan) runs into Reva, who has killed the pilot. Leia runs, and the episode ends.

Without question, "Part 3" was the best episode of the series thus far. It started a little slow, but now that Vader has officially entered the mix and is as terrifying as ever, the show is all the better for it.

Much like how in Rogue One we got to see Darth Vader at his most menacing, it is here where he is his most monstrous. He has zero hesitation about attacking civilians and torturing them, not for information but to bring Obi-Wan out of hiding.

Vader murders a child in front of his mother and father, and quite violently, I might add. Credit to Disney for allowing the writers to show how much a villain Vader is and not tiptoe around it. Anakin Skywalker is gone; only the Sith Lord remains.

Their duel, if you can call it one, was exactly how it should have played out. Obi-Wan hasn't used his lightsaber for ten years and, up until last week's episode, had cut himself off from the Force entirely. Vader is the Dark Side personified, and Obi-Wan will need some serious help to prepare for his next encounter with his former apprentice.