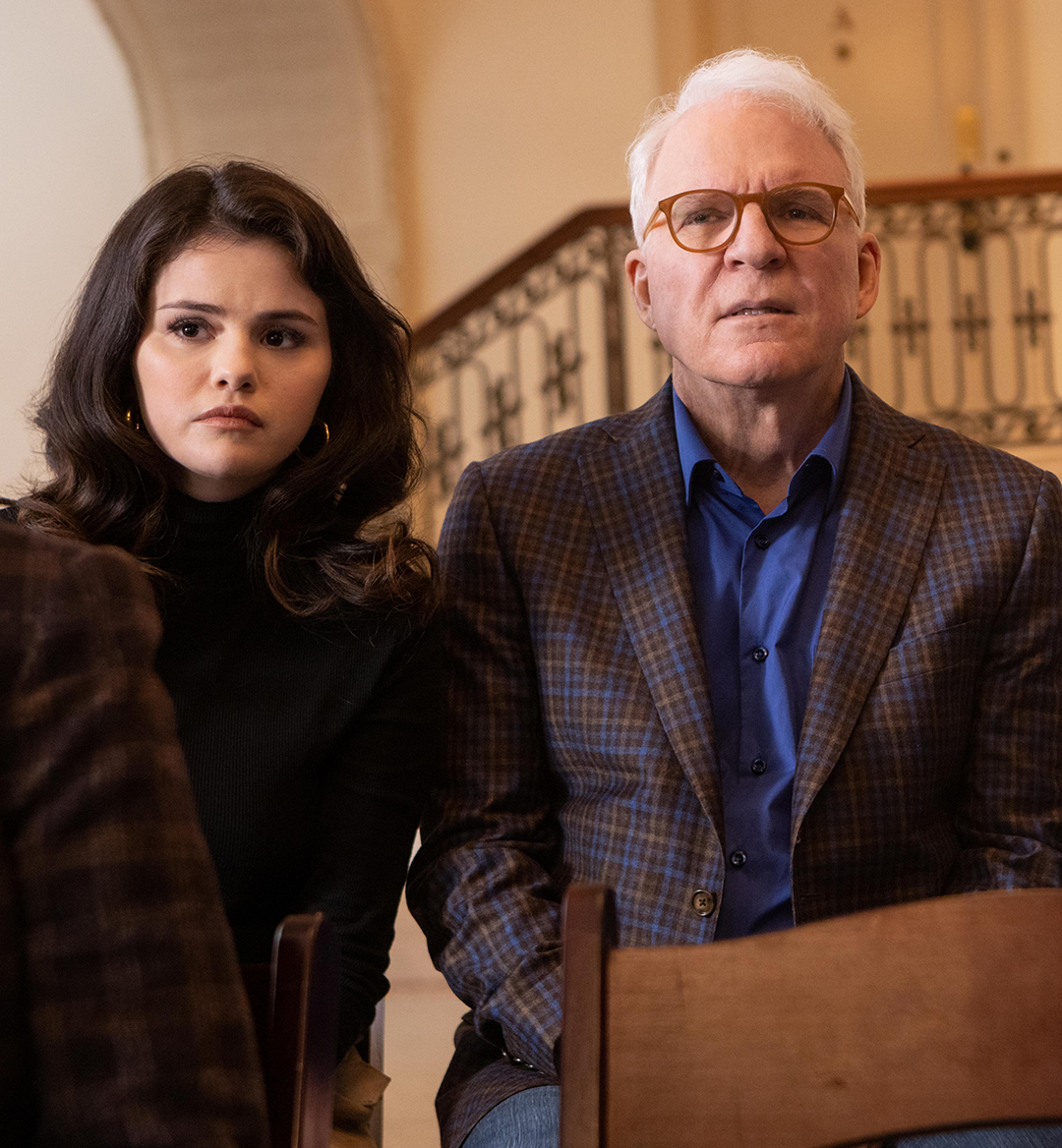 It's only been eight months since we last saw our favorite trio take on an active murder investigation, and in that time, the cast and crew of Only Murders in the Building were able to slap together an entirely new season. While we don't exactly know what went down to cause the murder shown at the end of season one, we are going into this season knowing quite a bit more than we did back in August when the show first premiered. But remind me again, what happened? 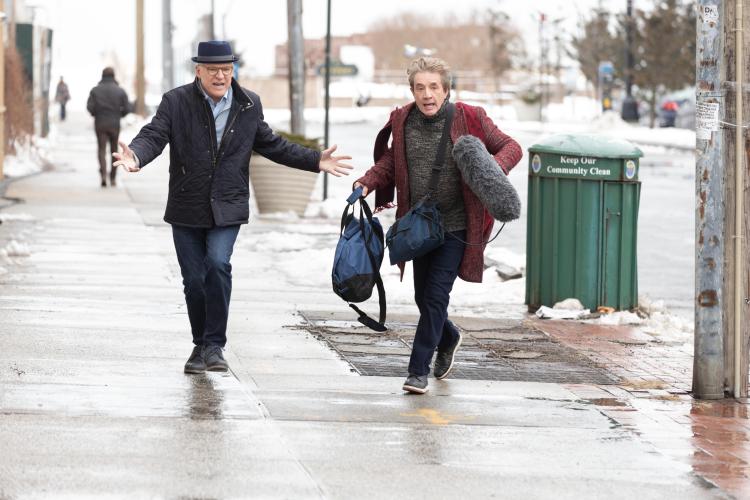 I realize that I just asked the above question to myself, but let's ignore that fact and get right into the meat and potatoes of season one.

We've got Charles Haden-Savage (Steve Martin), an aging, semi-retired actor, Oliver Putnam (Martin Short), a down-on-his-luck Broadway director, and Mabel Mora (Selena Gomez), who's renovating her aunt's apartment in the building where they all live: the Arconia on the Upper West Side of Manhattan.

While they're all separately tuning into their favorite true-crime podcast one night, a man in their building kills himself in his apartment (or so it seems); the man, Tim Kono, used to be a friend of Mabel's. Quite a ruckus was caused by the death, with everyone evacuating the building as police and EMS flooded in. Charles, Oliver, and Mabel end up meeting each other by chance at a local restaurant as they're unable to get into their building. After learning that they're all fans of the same podcast, they start applying the same thinking and tactics to what just occurred at the Arconia. In short, they got nosy—and extremely suspicious.

After sneaking by the crime scene, they're convinced that this is no suicide—it's a murder. With that, the three unlikely friends join forces and start piecing together what could've possibly gone down in that room. Oh, and they decide to make a true-crime podcast of their own about the entire thing, aptly titled "Only Murders in the Building." Together, the three of them investigate the crime scene, question individuals they believe could be suspects, and unintentionally get involved in a number of related and unrelated issues in the building. 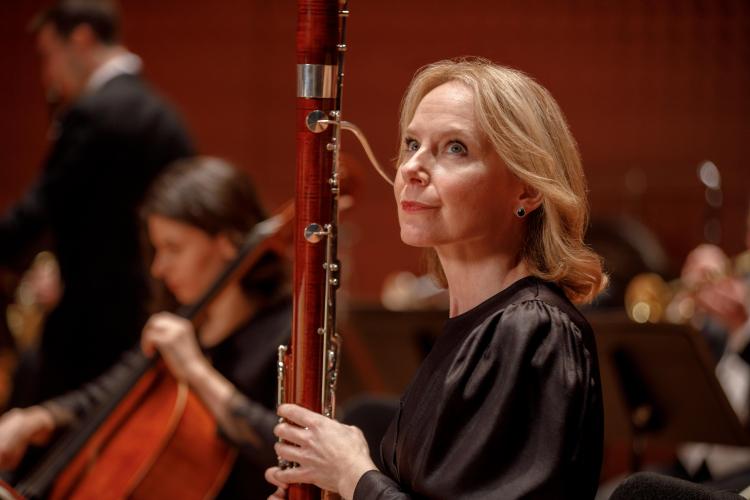 About halfway through the season, Charles starts dating Jan Bellows, a dignified bassoonist who also lives in the building. However, she slowly starts nudging her way into the trio, including herself in the group's meetings about the investigation and their podcast, creating a weird vibe between everyone. As Oliver and Mabel become a bit suspicious of her, Charles doubles down and insists that the two of them are being rude and unwelcoming to her, completely blinded by his feelings.

A number of leads, breakthroughs, and missteps occur during their investigation, though they keep their podcast going and continue chugging along, though a rift develops, leaving Oliver and Mabel on the opposite side of Charles and Jan. As Oliver and Mabel fall down their own investigation path, they dive further into Tim's life (and apartment), eventually finding something pretty revealing there: a bassoon cleaner. 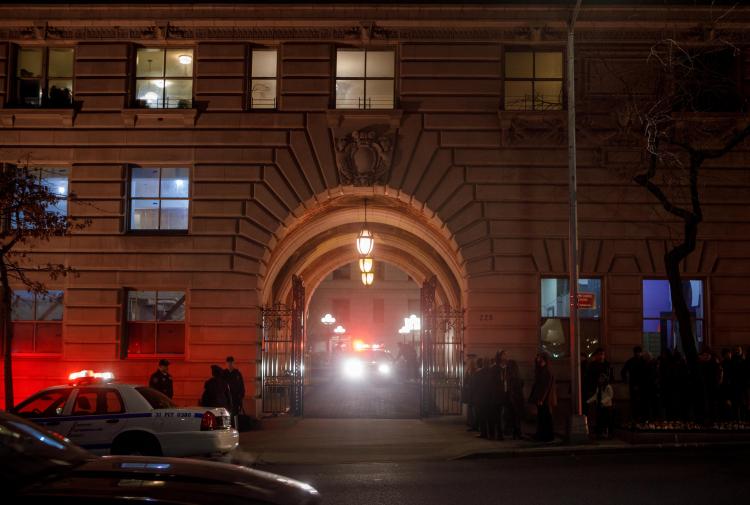 In the very last episode, it's revealed that Jan is in fact the person responsible for killing Tim Kono. Apparently, they actually had a romantic relationship, with the two breaking up a day before she murdered Kono. Just when Charles decides to confront Jan about this, he realizes that she has poisoned him, leaving Oliver and Mabel to rush in and save the day, with Jan being arrested later.

But things don't just end there.

In the last moments of the finale, Charles and Oliver find a bloody, knitting needle-wielding Mabel crouching over a dead Bunny (Jayne Houdyshell), the elderly board president of the Arconia. With that, Charles, Oliver, and Mabel are hauled out of the Arconia by the police.

Season two of Only Murders in the Building starts streaming on Hulu on June 28, 2022.