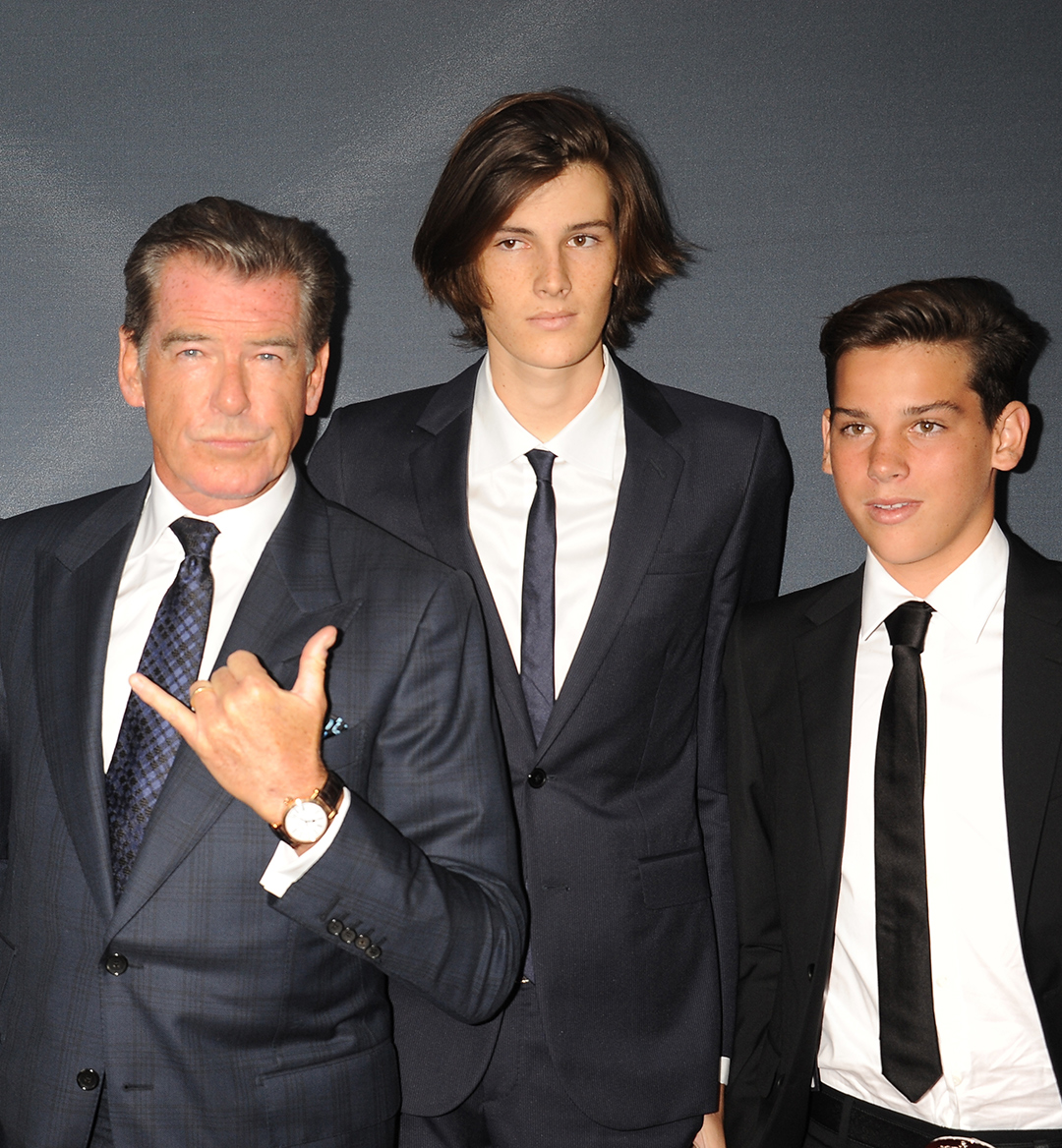 “The name’s Bond, James Bond, but you can call me… ‘Daddy.’” I presume that is a line that Pierce Brosnan—Goldeneye and Tomorrow Never Dies Bond, arguably the most shook, least stirred Bond—employs earnestly when he talks to his children Paris, 17, and Dylan, 21. He has given up his former position as the granddaddiest of James Bonds post–Sean Connery. Now, in his sunset years, the 65-year-old actor has really leaned into his latest role: Supportive father, especially on Instagram, @piercebrosnanofficial.

When he married Keely Shaye Smith in 2001 and had their two children, Paris and Dylan, he was only to play 007 one more time on screen in 2002’s Die Another Day before fully transitioning to Mamma Mia! dad as the pair came of age. As they grew up, Brosnan would parade them on red carpets for his movie premieres and cheer them on as they learned to surf in Kawaii, where they mostly grew up. He would also drop wisdom on them, having learned from his time on Mrs. Doubtfire how to properly raise intelligent, beautiful (both of his sons model) children.

“Every day before he would drop me off at school he would tell me, ‘Be great, be bold,’” Paris said in an interview with Abstract Filth. “That’s something my Dad has always said in his funny Irish accent.” Usually, you’d think, “Lame dad!” But no. In a weird twist, the admiration is mutual. “My role models are Dad, my brother, Dane Reynolds, Kai Neville, and Hedi Slimane,” Paris continued. They sincerely admire him.

And he’s raised two good’uns (not to mention his other three children from a previous marriage). Dylan is currently interning for a US Senator and may still be fronting his psych rock band Raspberry Blonde. Paris models when he’s not surfing the waves. Really though, the most endearing evidence of his zaddyhood is in the public eye. “A night I will ever forget … that was a big room in Paris and you filled it with love, respect and fun ❤️,” Pierce commented on an image of his son Paris after he walked in a Ralph Lauren anniversary fashion show.

“Beautiful you, beautiful friends, beautiful sounds ❤️???” he recently commented on a photo of Dylan’s. My favorite, though, is when he signs off as Dad. “Love you with all my heart dear Paris ❤️ Dad.”

In the words of Instagram commenter @alicewhitson2358: “You did a very good job with your boys. Well done ??”